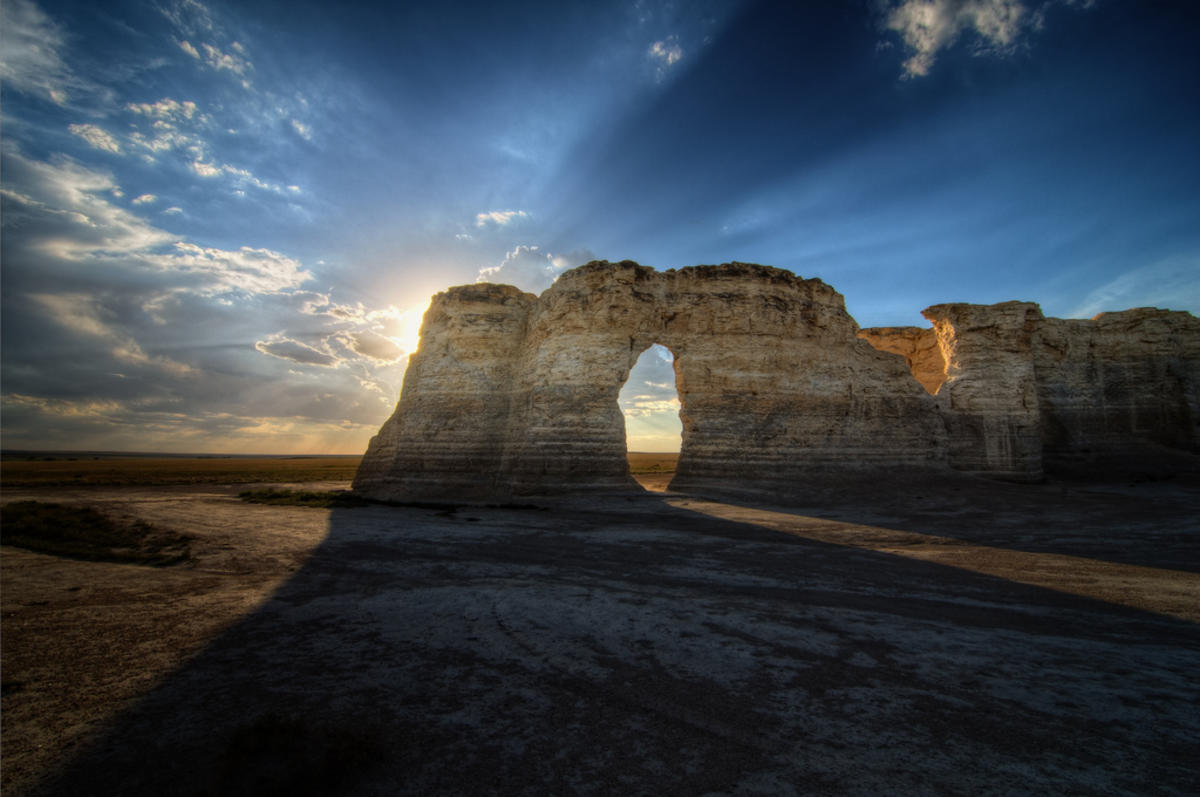 Back in dinosaur age, western Kansas was engulfed by water, forming an inland sea which once covered the state, leaving behind some truly unique natural wonders. While the world was an entirely different place 80 to 90 million years ago, some of these geological phenomenon still remain, giving us an interesting look back in time. One of the most intriguing? The Niobrara Chalk Formations. For those who think of Kansas as just flat prairie lands as far as the eye can see, it's time to give this flyover state another look. 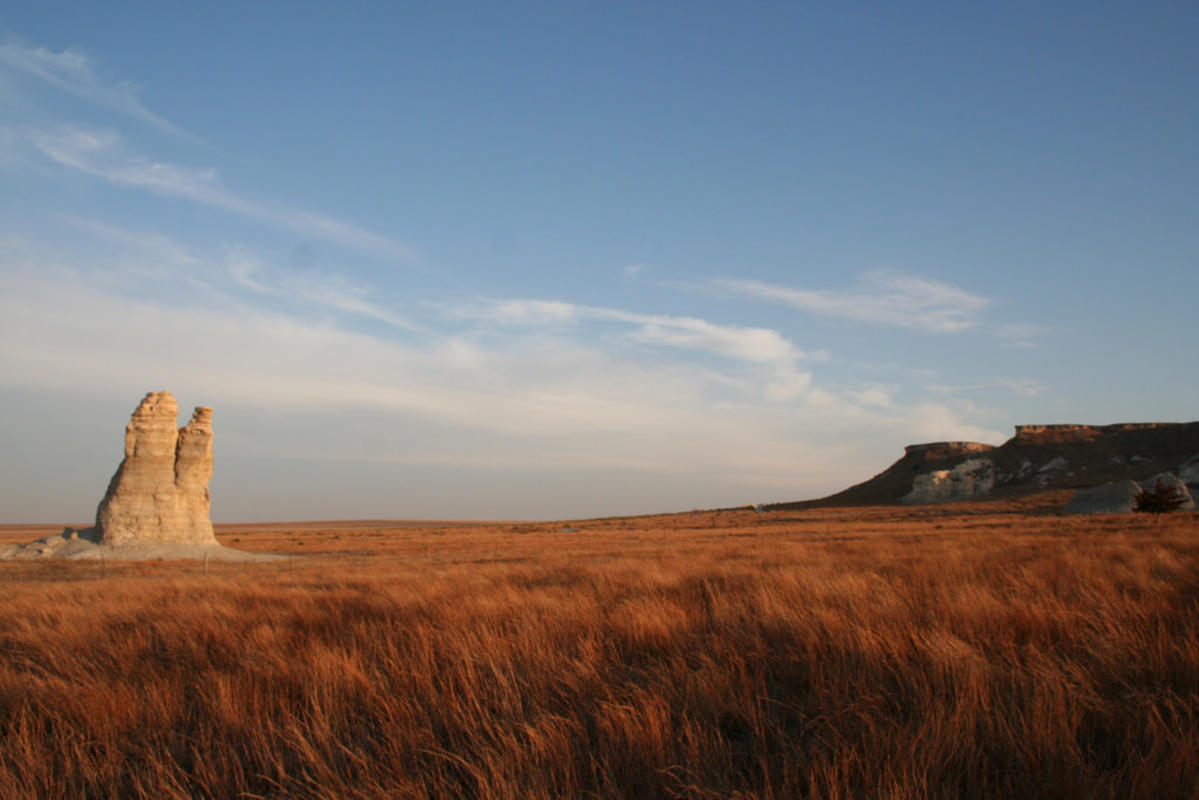 These natural wonders bring to mind visions of commanding castles and towering fortresses, so it should come as no surprise they are named as such. There are two main destinations to view the geological sensations. Monument Rocks is located on rangeland in western Gove County. Open to the public, Keyhole fissure is a popular attraction that features a naturally formed window for epic landscape pictures. Approximately 50 miles east is the chalk pillar of Castle Rock. Standing alone in the middle of the grass-filled plain, it's a stark and miraculous juxtaposition on Mother Nature's behalf. 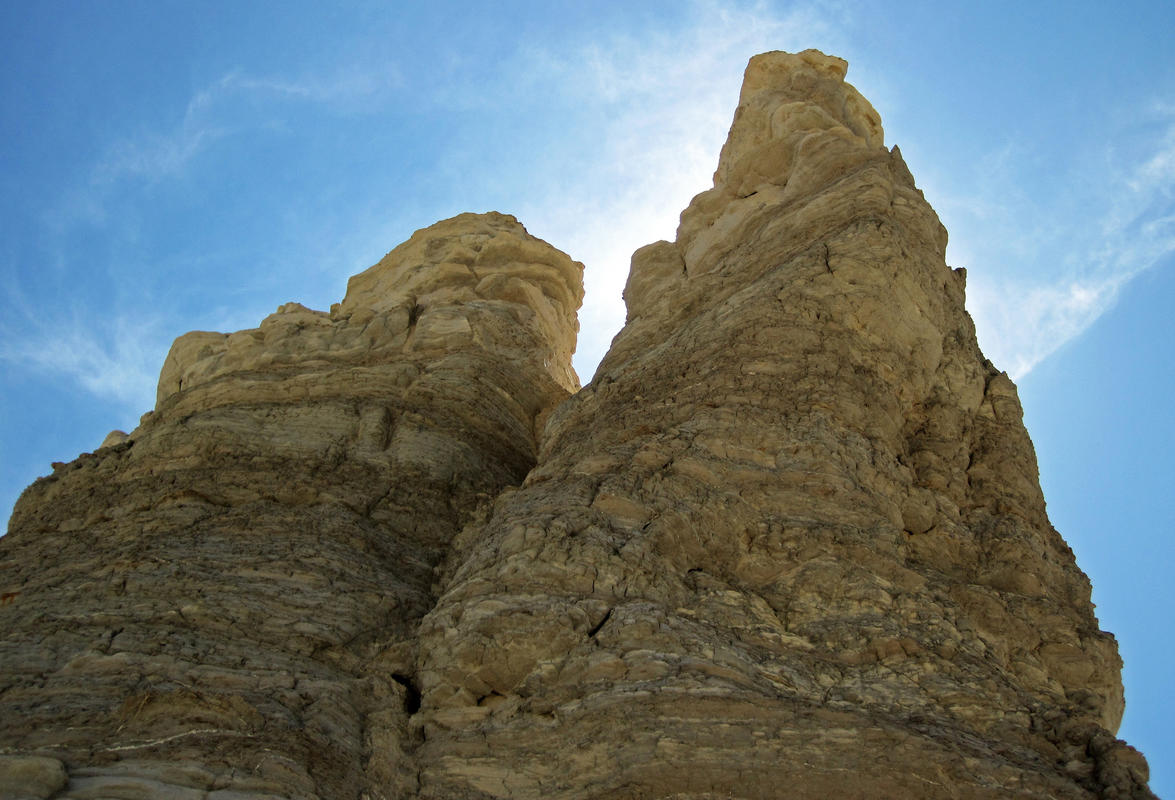 During the Late Cretaceous period, dinosaurs and other prehistoric creatures roamed along the shores of the Kansan sea, making a home near the water. Predators and prey formed their own circle of life, while tiny algae acted as the glue of the ecosystem, photosynthesizing food into energy. As a result, their calcium coating was regularly shed, sinking to the bottom to create a sedimentary layer on the sea floor. Over time, this grew to be hundreds of feet thick, encapsulating the remains of prehistoric fish, plesiosaurs, and plants into fossils. Once the Earth's plates shifted, this sedimentary layer became known as Niobrara Chalk. Through millions of years of glaciers, weathering, and erosion, this layer began to form the spire and towering shapes we see today. 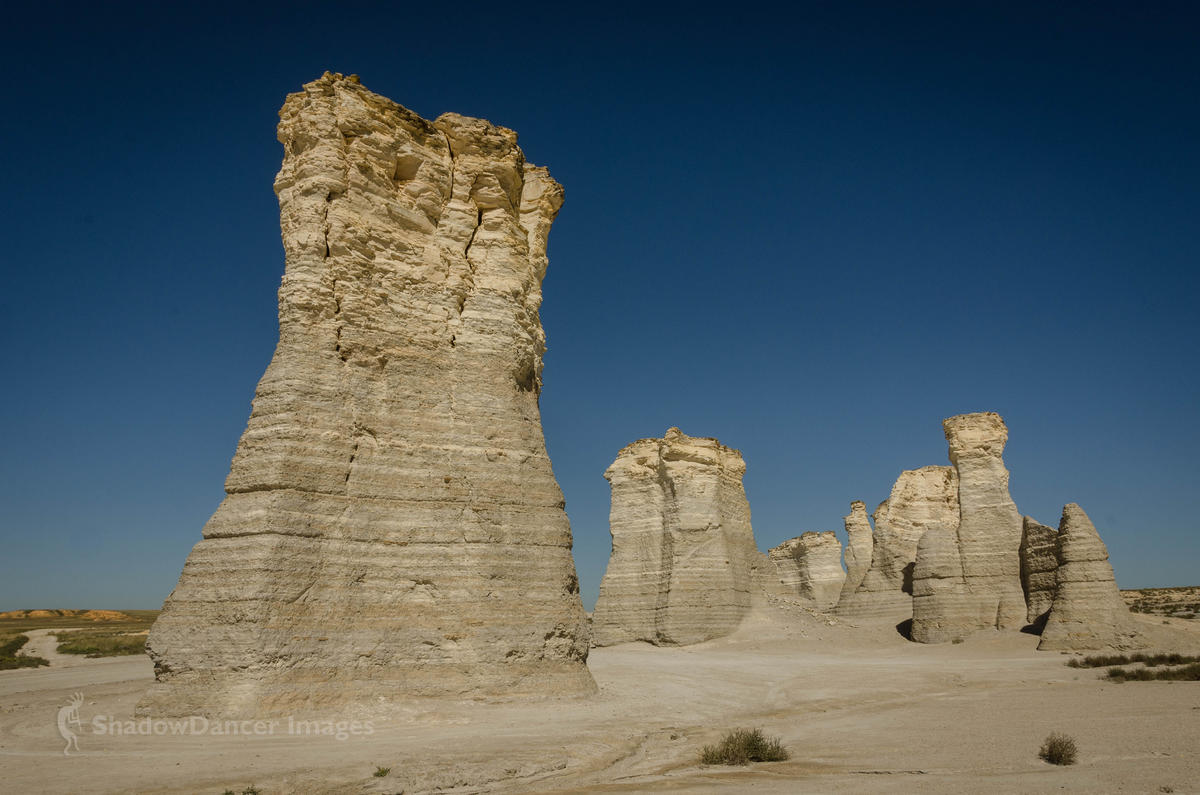 As you can imagine, like ordinary chalk, these formations are very fragile. In 2001, the tallest spire at Castle Rock completely collapsed after a storm. Besides weather, as a spectator of this miraculous phenomenon, we need to be careful not to destroy almost 90 million years of history so be sure to admire the beauty from afar.

All Things Fun(dy): What to See, Eat and Do