The Myth of How Giant's Causeway Came to Be 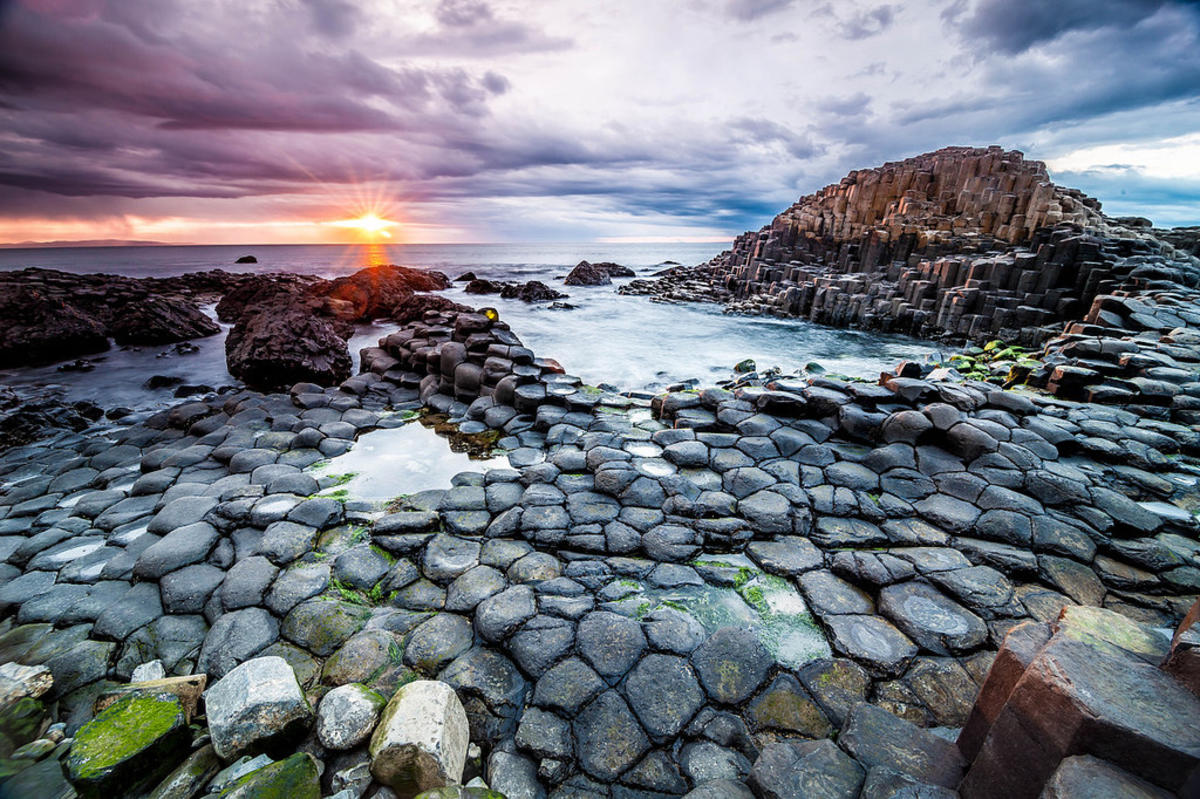 A geographic gem on the coast of County Antrim in Northern Ireland, the Giant's Causeway is a constant subject of cultural and geological infatuation among locals, travelers, geologists, and especially, lovers of adventure and mystery. The stunning cliff facing the sea is often surrounded by scientific speculation and legends filled with bridges and giants. With such a rich and fascinating history, it should come as no surprise that it is often included in lists wondering what should be the 8th Wonder of the World. As a potential "Wonder of the World," one can only wonder: What is the Giant's Causeway? And how exactly was it created? 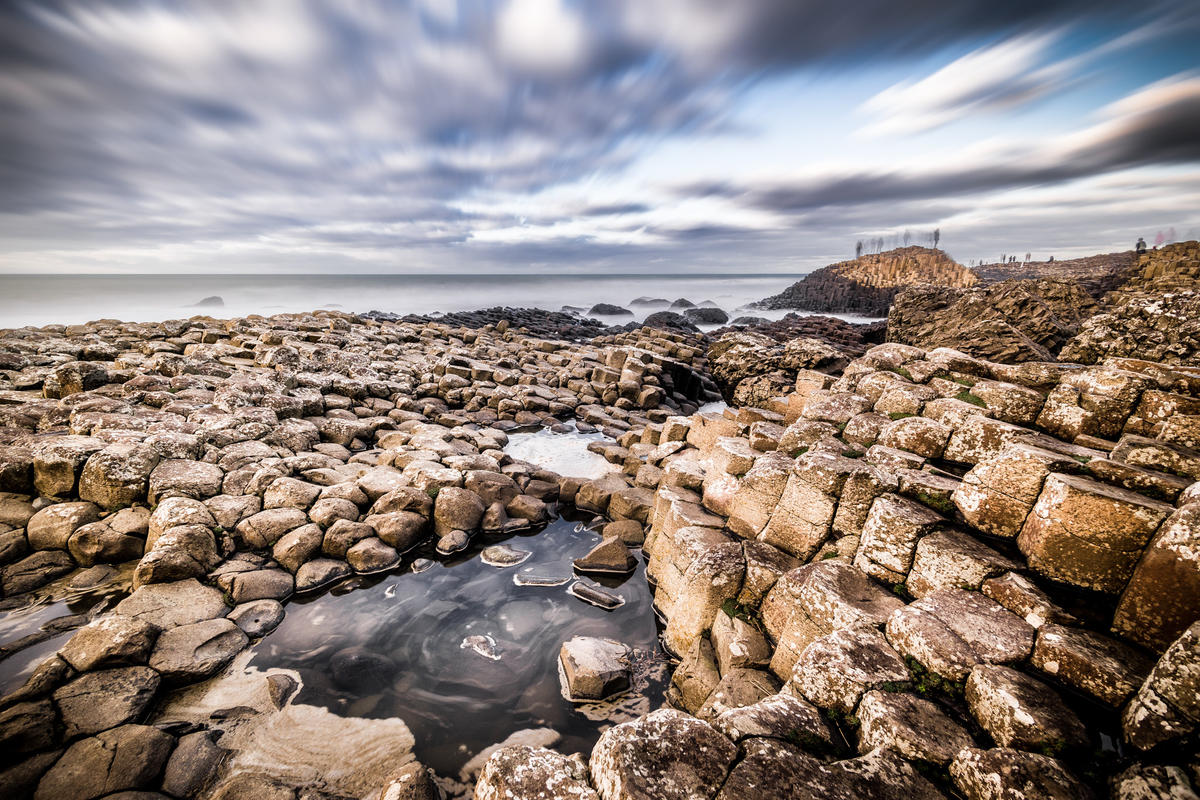 The Legend of Finn McCool

As the legend has it, a great and strong Irish giant named Finn McCool was standing along the coast of Northern Ireland looking out towards Scotland when Benandonner, a much bigger and less intelligent Scottish giant, started shouted insults at him. Since Finn knew he was not weak, he decided to head across the sea to teach Benandonner a lesson. In order to cross the channel, Finn worked day and night to create a causeway by taking large chunks of a nearby cliff and pushing them into the water. Once his path was complete, he noticed how much bigger Benandonner was than him. Being the smart giant that he was, Finn decided it wouldn't be wise to fight someone so much larger than himself, and ran home as fast as he could. As he ran, Benandonner decided to follow him across the causeway.

Luckily, Finn made it back to Ireland in time to tell his wife Oonagh about Benandonner and they made a plan to trick him. Finn dressed up like a giant baby so when Benandonner came knocking at the door, Oonagh told him that Finn wasn't home, but invited him inside to meet Oisin, their "child." Upon looking at such a huge baby, Benandonner began to question: "If their baby is this huge, how big is the father?" Struck with fear of Finn's impending size, Benandonner fled back to the safety of Scotland. As he retreated, he ripped up the causeway to prevent anyone from following him. 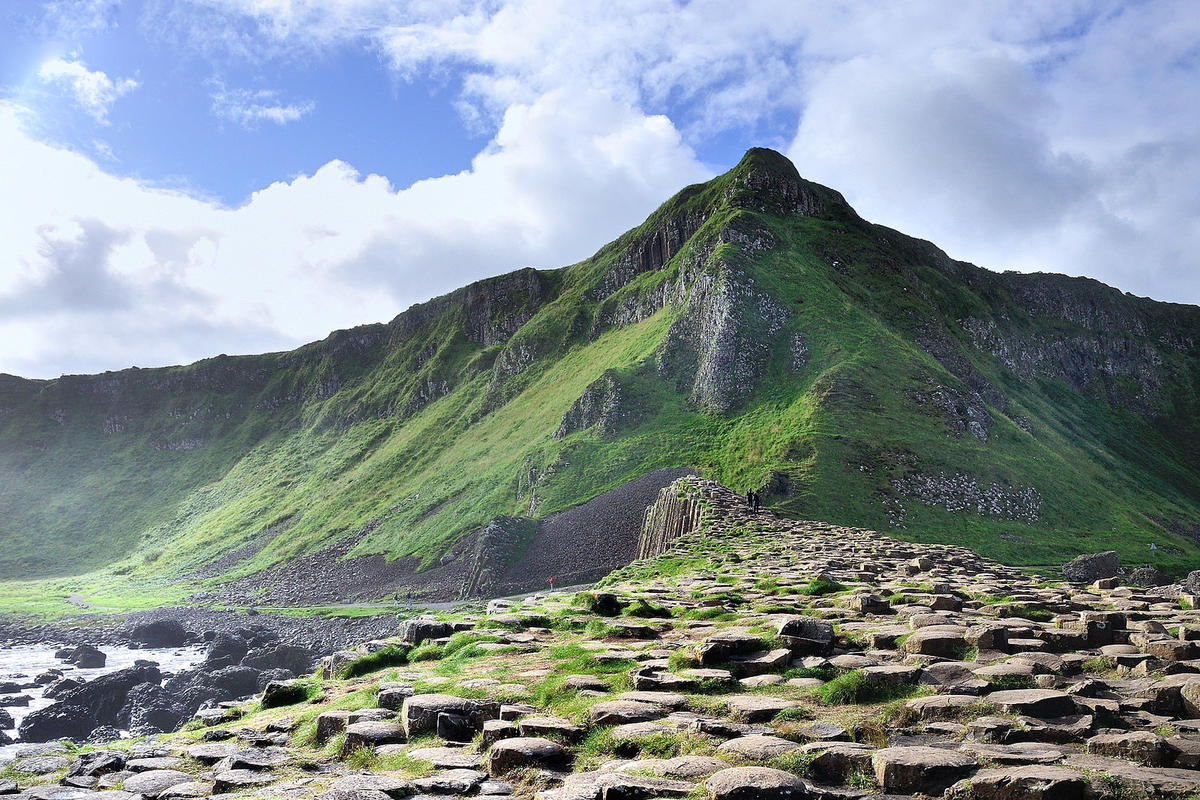 As much as we like to buy into mythology, the 40,000 interlocking columns of the Giant's Causeway were not caused by feuding giants. Instead, the creation dates back nearly 60 million years. These odd-shaped pillars are actually the result of volcanic activity during the Paleogene Period. As the flow of lava met the cool waters of the sea, these miraculous basalt pillars were formed. The rapid cooling and shrinking of the lava resulted in a true geological surprise as it formed these strange polygonal shapes. With nothing else quite like it in the world, it's not surprising that the Giant's Causeway attracts thousands of visitors a year to marvel at it's other-worldly appearance.

Grab Your Broomstick and Fly Around Spain's Cursed Village of Witches