If you're not afraid of heights, the Carrick-a-Rede rope bridge is a must-see attraction in the Emerald Isle. Precariously balancing 100 feet above sea level, this risk-taker's dream is located along the coast in beautiful County Antrim in Northern Ireland. The bridge connects the cliffs of the mainland to Carrick-a-Rede, or Carraig a' Ráid Island (which translates to "rock of the casting"), across the dicey waters of the Atlantic Ocean. With almost 250,000 visitors making the trek each year, this is one time it's okay to follow the crowd. Giant's Causeway is only seven miles away, so you can cross two breathtaking destinations off your bucket list in one fell swoop. 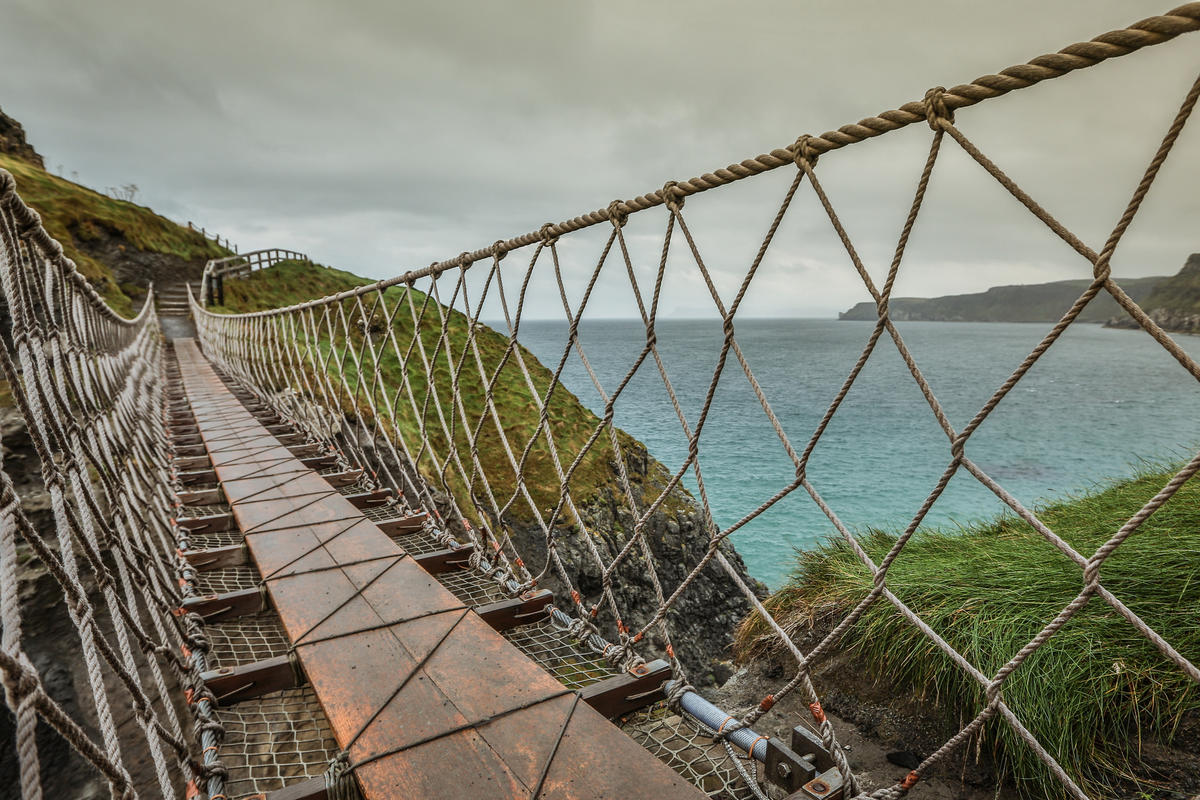 While the bridge has vastly improved since it's original construction in 1755, the ladder was first connected by a group of brave salmon fishermen, who used it to access a cottage on Carrick-a-Rede Island. The first bridge was nowhere near as high tech as it is today with reinforced wire and steel. Even into the 1970s, the bridge was supported by one lone handrail and wooden slats with massive gaps in between. If you're picturing the questionable draw bridge from Shrek --that is exactly what it was like. Unfortunately, due to sea and river pollution, the salmon population died out and the last fish at Carrick-a-Rede were caught in 2002. Although the quality of the bridge has greatly improved since then thanks to restoration projects, the fear factor is still there.

From Carrick-a-Rede Island, you will be able to catch a glimpse of Rathlin Island, the Causeway Coast, and, on a very clear day, Scotland. And let's not forget about all the awesome selfies you will be taking! If you're feeling extra brave, try looking down to catch a glimpse of the ancient caves tucked into the cliffs. As the 26th President of the United States, Theodore Roosevelt, once said, "Nothing in the world is worth having or worth doing unless it means effort, pain, difficulty." Take Teddy's advice on this one!

A Bike Ride Around the "Most Beautiful Place on Earth"

Swim Amongst Scads of Jellyfish in the Mystical World of Palau