Dublin is undoubtedly the capital of pub and a visit without at least a pint of the black stuff (Guinness to non-natives), is like taking a trip to Italy without overindulging on pizza or pasta. Pubs have served as the meeting place for many of Ireland's literary greats for centuries and many of Dublin's best are steeped in history that dates back hundreds of years. Whether you're a seasoned beer drinker or more of a casual sipper, Dublin has a pub on nearly every corner for you to enjoy a cold one.

For a true Irish experience, pull up a seat at one of these five historic Irish pubs and let the history lesson begin. 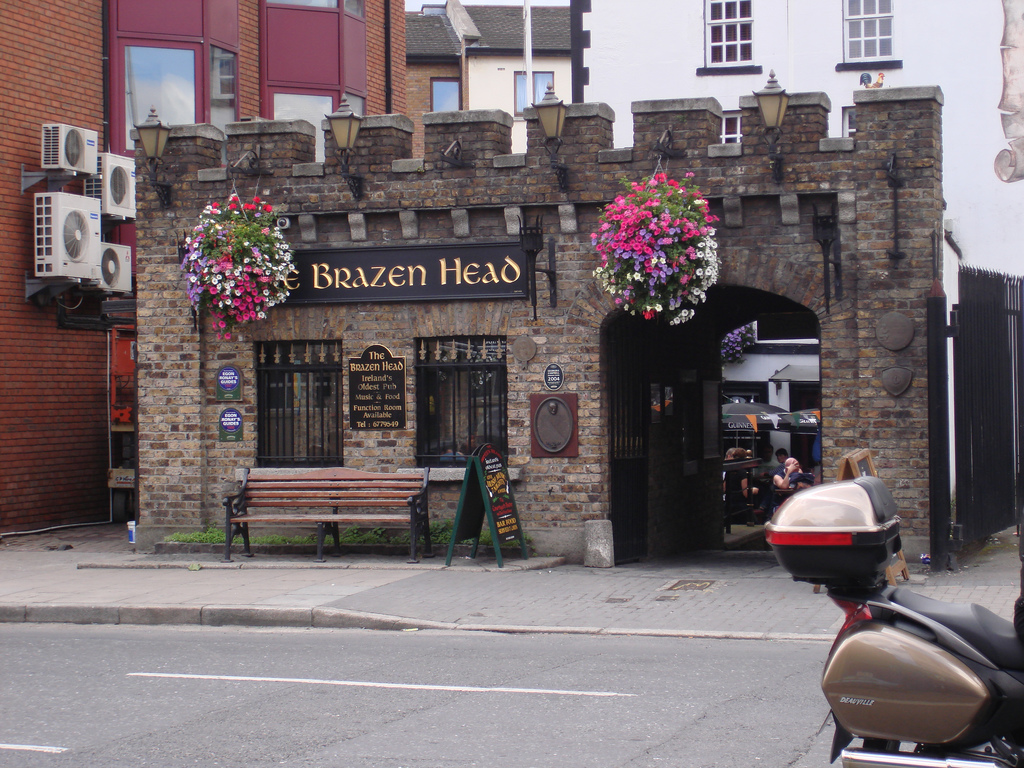 Located down the banks of the River Liffey, Dublin's best pub is also one of the oldest in the world, founded in 1198. Brazen Head was originally an 11th century coach house, and while it is unclear how much of the original house is still intact, there is a palpable sense of history within its picture and scroll-covered walls. It is a definite must-see for the traveler wishing to have an authentic Irish experience, as many of its previous patrons were some of Ireland's most renowned men. Literary greats such as James Joyce, Brendan Behan and Jonathan Swift, as well as such revolutionaries as Robert Emmet, Wolfe Tone, Daniel O'Connell and Michael Collins, have all left their mark on Brazen Head. The pub also features an award-winning restaurant and traditional live Irish music for those who are not initially lured in by its rich history and weathered décor. Its notoriety does bring in large crowds, but it is well worth rubbing elbows for this once-in-a-lifetime experience. 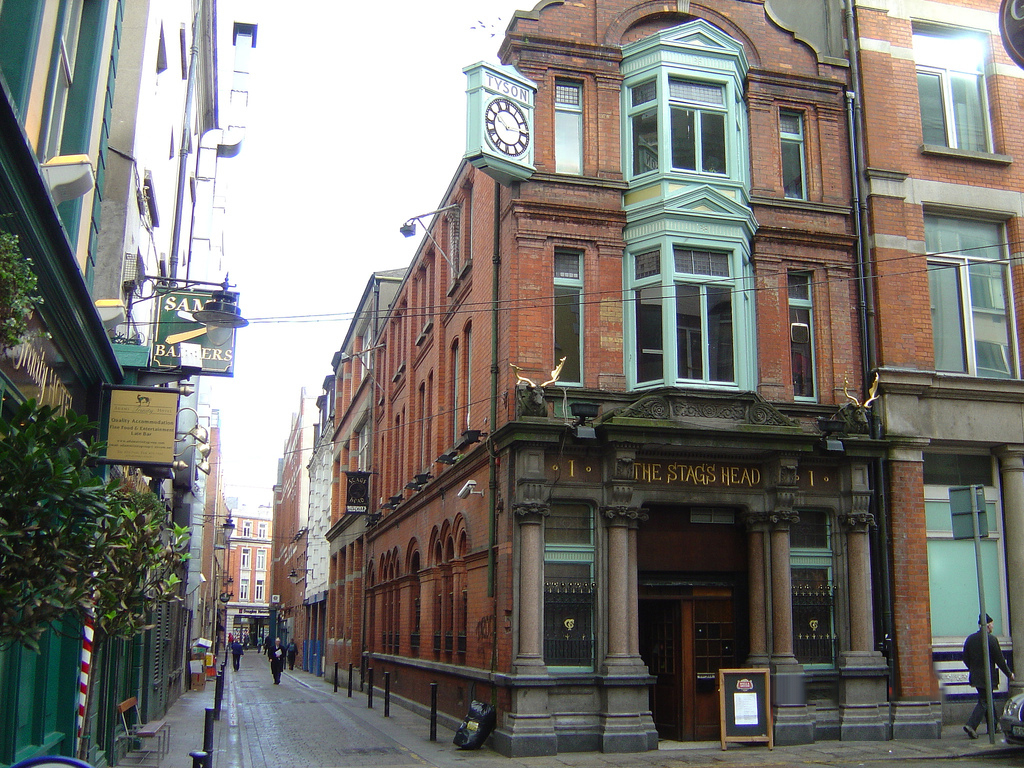 The Stag's Head is renowned as one of the most beautiful pubs in all of Ireland for its elegant Victorian décor that will make visitors nostalgic for times past. Patrons will delight in its shined wood paneling, mosaic marbled floor, stained glass windows, and scuffed old leather seating as they choose from a wonderful selection of drinks and traditional pub food. It was established as a tavern in 1780 and redesigned in 1895, however, its old-world charm has still been retained. The Stag's Head is a favorite with students at nearby Trinity College, but also remains one of the top tourist destinations for visitors and you will often find an eclectic crowd enjoying the ambience. The namesake stag's head hangs prominently above the bar and is the subject of colorful local lore. Traditional Irish music can be enjoyed downstairs in the Stag's Tail and despite it's classic beauty and charm, The Stag's Head remains a popular Dublin nightspot. 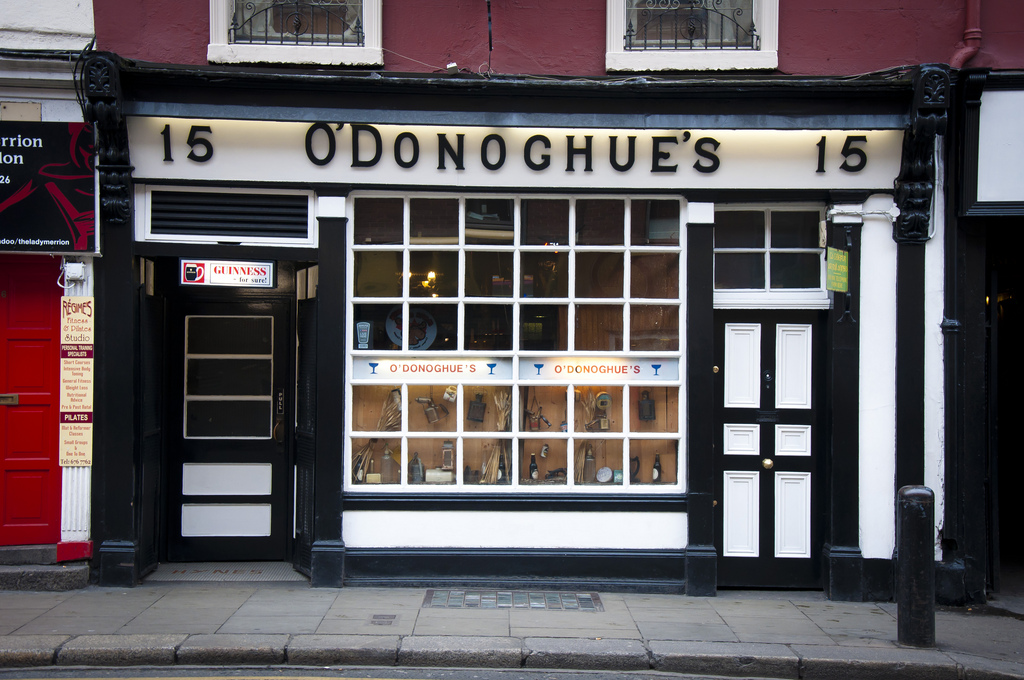 If you're a music lover, O'Donoghues is the place to be in Dublin. Although the pub was only founded in 1934, what it lacks in historical significance it makes up for in entertainment value. Every night, travelers are beckoned in by live traditional Irish music that features the best musicians from all over Ireland. The Dubliners, one of Ireland's most famous crossover acts, even got their start as a band here. The bar is also a favorite meeting place on rugby weekends, where fans from all over Europe have come to sit back and enjoy a pint of Guinness with friends. For those who can't make it home after a night on the town or simply want to experience some of Ireland's quainter accommodations, O'Donoghues also functions as a bed and breakfast, where guest rooms feature modern conveniences like television sets but also have that old Irish charm. After you've had your share of music and drinks, head over to one of the many restaurants or shops that populate nearby Grafton Street. 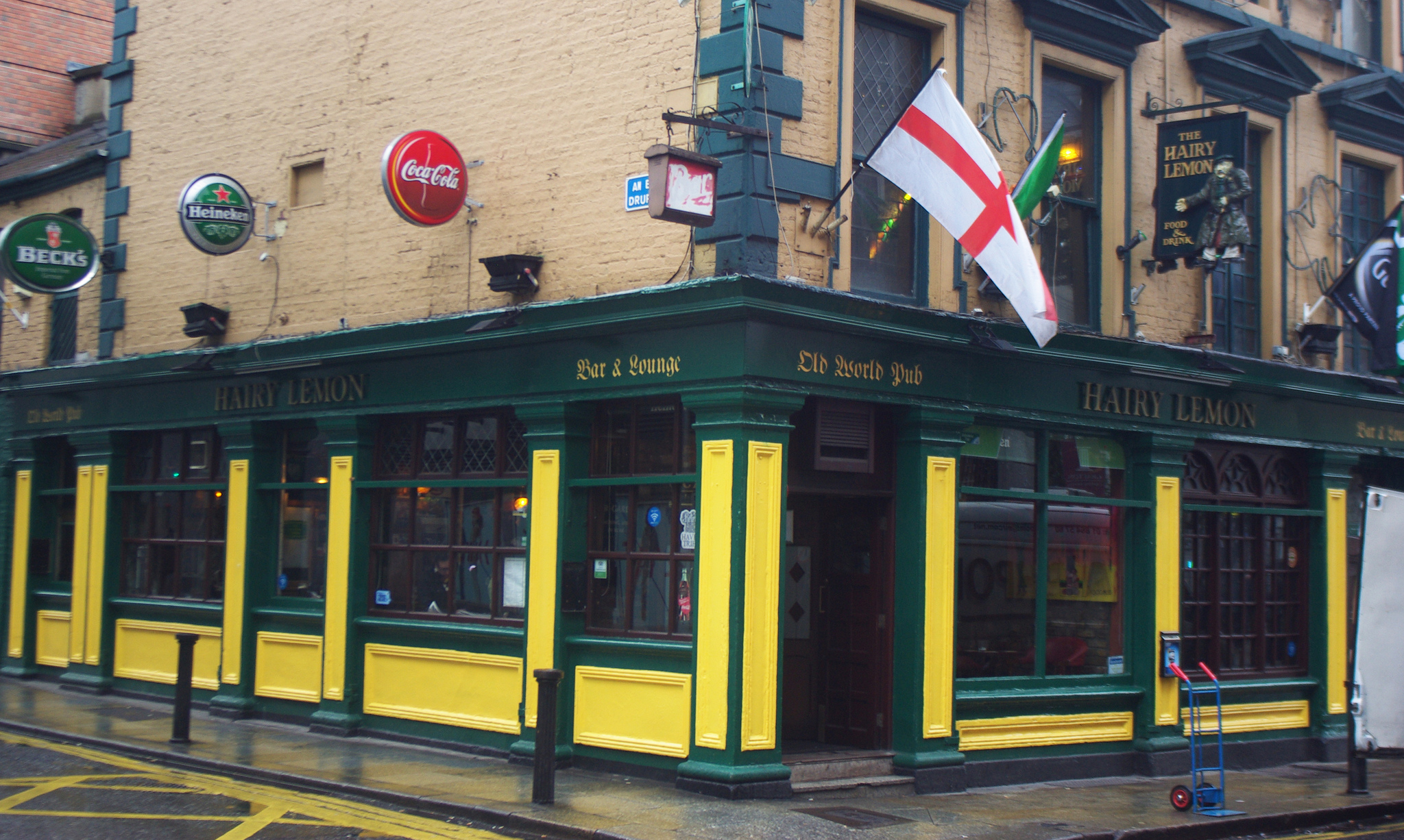 Situated one minute from popular Grafton Street, The Hairy Lemon has every bit the amount of character as its humorous name. It's situated in a historic nineteenth century house and is everything you would expect an Irish pub to look like, with scuffed wood trimming and antique weapons and old rugby match tickets hanging on the walls. The pub was named in memory of one of the city's great characters that was a dogcatcher in the 1950's, and was said to have a lemon-shaped head with a stubble of gooseberry-like hair. The Hairy Lemon has also had its fair share of fame, as it was a main setting for the 1991 film The Commitments and still features some of the movie's memorabilia. It plays a wide variety of music for non top-40 listeners and two stories of seating space, which comes in handy during its crowded weekend hours. Known for its upbeat atmosphere, The Hairy Lemon is great for a few pints with friends or a large group party. 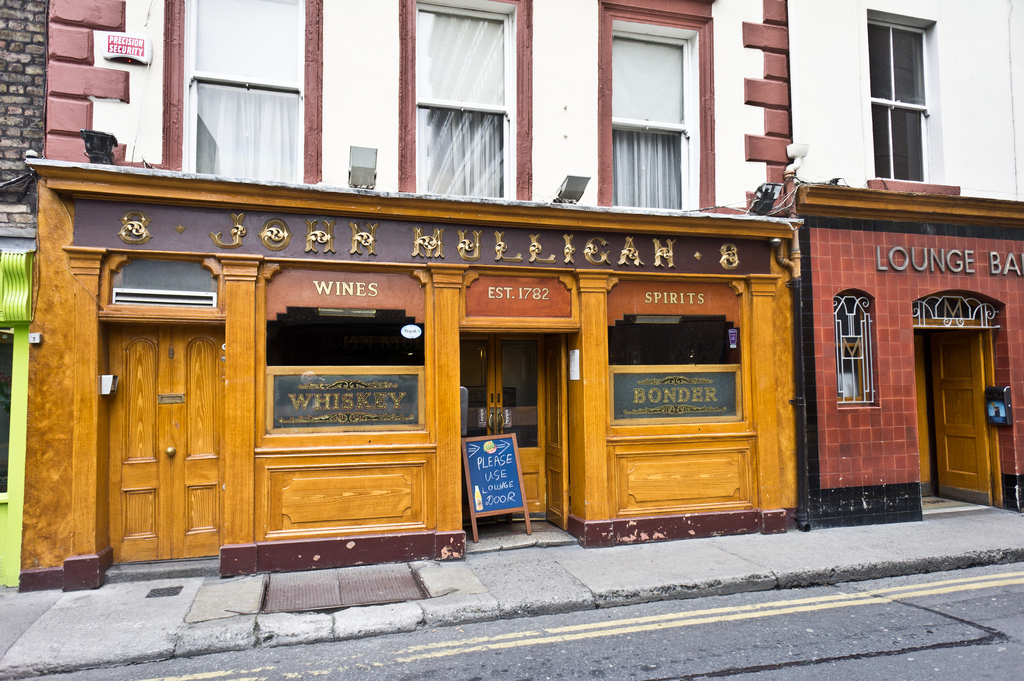 Established in 1732, Mulligan's has been pouring the pints for nearly 300 years and has retained much of its rich interior, including a unique ceiling that attracts many visitors year-round. It is reputed by the Irish to pour the best pint of Guinness in all of Dublin and has been frequented by many famous names, including John F. Kennedy, who stopped in as a regular in 1945 during his days working for the Hearst newspaper chain, and Irish literary great James Joyce. The décor remains very traditional in nature, with heavy Victorian furniture and the only semblance of modernity is a green lounge carpet that largely seems to go unnoticed. Mulligan's was once associated with the Theatre Royal that was located across the street and its walls are still papered with posters and photographs of that period. It's location in the legendary Temple Bar district makes it the perfect place to take in the Dublin nightlife.