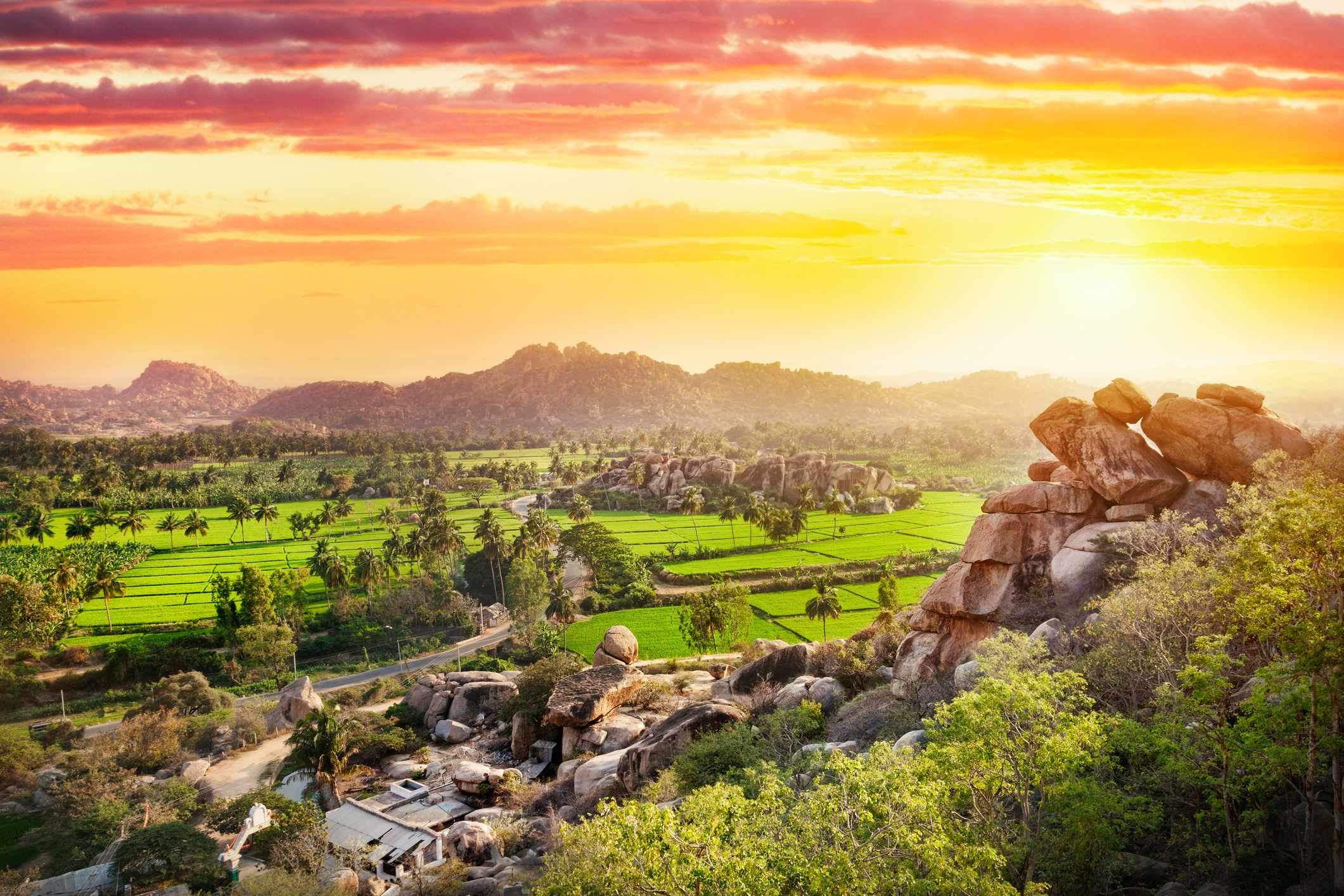 India has simultaneously been described as the “Land of Prayers”, the “Land of Mystery” and “Land of Contrasts,” all apt named descriptions of a nation that prompted Queen Mary to declare, “When I die, India will be found engraved on my heart.” The country’s vast geography, long history and diverse culture has fascinated and inspired inquisitive minds, writers and artists for decades. The rich cuisine, religious architecture and natural beauty are tempered by poverty, pollution and over-population. Visiting India is an undertaking for all five senses that keeps many travelers returning again and again.

Natural and manmade wonders combine to offer unique experiences hiking the Himalayan hills or cruising the backwaters of coastal Kerala by boat. India’s long past is inscribed all over the countryside in the form of UNESCO World Heritage listed temples, painted caves and medieval forts. India also boasts some of the world’s leading architectural wonders such as the iconic Taj Mahal and the flower-shaped Lotus Temple. Their land and marine reserves are home to a diverse range of fascinating creatures including tigers, elephants and whale sharks.

Indian cuisine is loved worlds over for its variety, depth and subtle blend of spices. There is a massive range of dining options available from street food to high-end restaurants. Vegetarians fair especially well since most of the population steers clear of meat for religious reasons. Like restaurants, hotels vary greatly in quality from cheap and cheerful backpacker lodges to international five-star resorts and spas. India’s Ayurvedic traditions and yoga retreats have contributed to the development of spas, some of which have won global recognition.

Most tourists get to India via one of the international airports in Mumbai, Delhi or Bangalore. Once here, buses and taxis provide local transportation, while train or plane is the best way to get between states. The Konkan railway between Mumbai, Goa and Mangalore and the Darjeeling-Himalayan train from New Jalpaiguri to Darjeeling are considered to be two of the world’s most scenic rail trips.