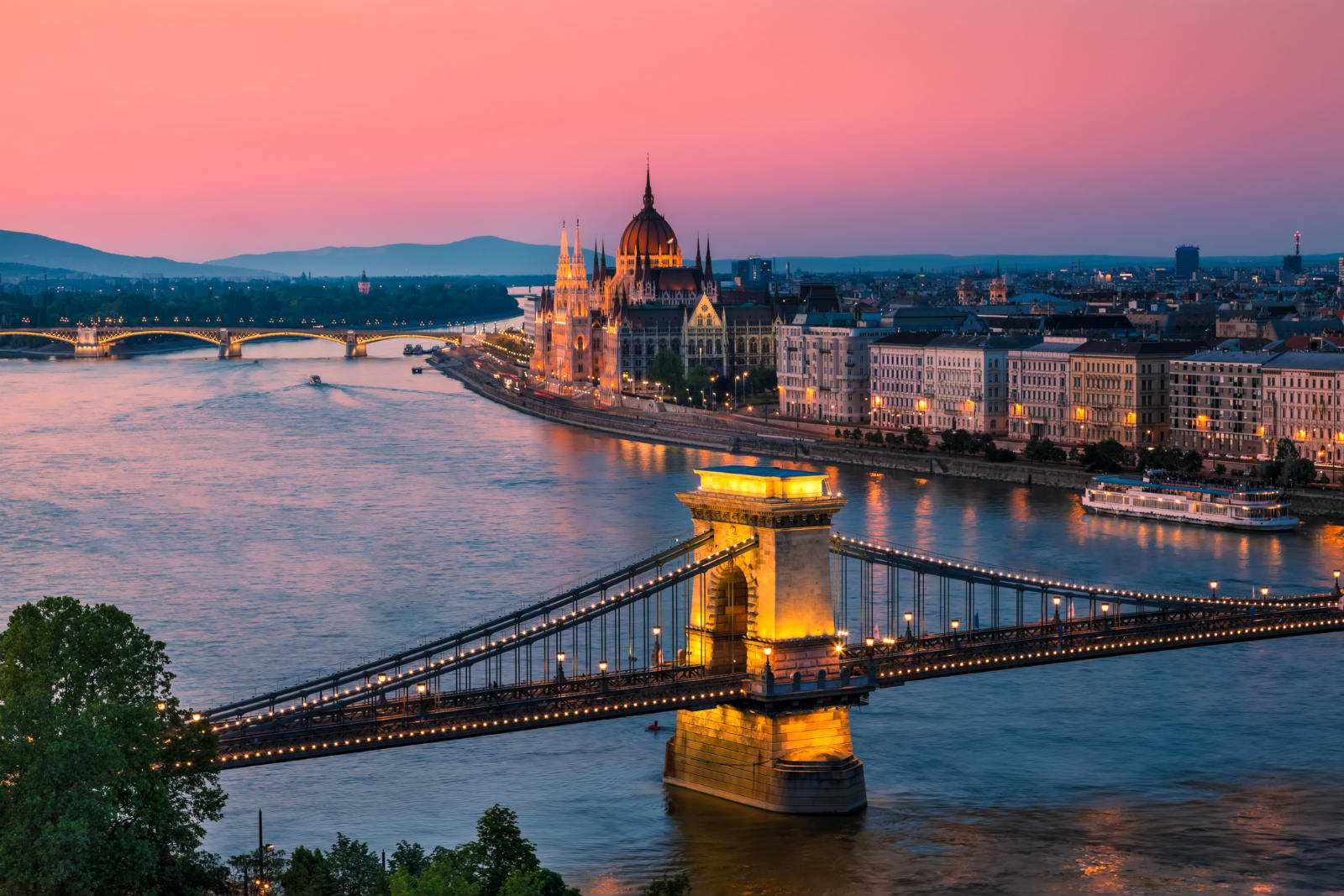 This may surprise those considering a vacation in Hungary, but the country and its historic capital, Budapest, is the 15th most sought-after visitor destination in the world. For those who know Hungary, however, it comes as no secret, and this Central European land is packed with historic sights, heritage buildings, lakes, rivers, glorious countryside, cosmopolitan cities flavored with hidden gems, and great food. UNESCO World Heritage sites and Biosphere Reserves, Baroque castles, a rich culture and ethnic folk traditions make for a fascinating visit.

Sightseeing across Hungary and its great cities suit every taste, from Budapest itself, one of Europe’s most beautiful cities, rich with museums and grand buildings, through national parks great for eco-tourists and birders to the famous Hungarian thermal baths and spas. Outdoor activities take in the countryside on horseback, mountain bike or on foot, and cultural connoisseurs will love the opera, ballet and classical music as much as the younger crowd adores the vibrant nightlife and gourmet cuisine.

Ethnic Hungarians are said to be the descendants of the fierce, warlike Magyar tribes, but they’ve morphed over the last 10 centuries into some of Europe’s friendliest people. English is taught in schools, so visitors will have no trouble communicating. Accommodations run from ultimate luxury in heritage mansions or modern upscale hotels which include pampering in traditional thermal spas to charming farmhouses in the stunning countryside. You’ll find hospitality, a genuine welcome and great value wherever you stay.

Hungary’s excellent public transportation system and its good roads make daytrips a breeze, especially if you’re based in Budapest. The capital is surrounded by interesting places to visit including architecturally important towns holding palaces and grand churches and small, medieval market towns where people live as they did in yesteryear. If you’d prefer to go on an organized tour, there’s a plethora of operators available. Must-see sights such as the huge Lake Balaton and national parks deserve an overnight stay, with pretty inns and spas welcoming tired travelers.

Budapest is the center of the country, both literally and figuratively, with almost every attraction accessible by a three-hour bus or train. Intercity trains are the fastest, most comfortable and inexpensive way to travel, and link Hungary’s major cities with the capital. The rail system fans out in a star shape, making rural cross-country travel slower, as it may be necessary to connect through Budapest. Bus services are comprehensive, safe and clean, with occasional delays, while riverboats and hydrofoils link Budapest to other Danube River towns.