These Are the Best Beaches and Places on Hawaii's Big Island

The images that come to mind when you think tropical beach getaway don’t even come close to capturing the shoreline landscapes and adventures of Hawaii’s Big Island. The island's volcanoes have created a tropical terrain, offering countless opportunities for visitors to explore until their heart's content. If you’re just sinking your toes in white sand, you’re doing Hawaii wrong — try some of these instead: 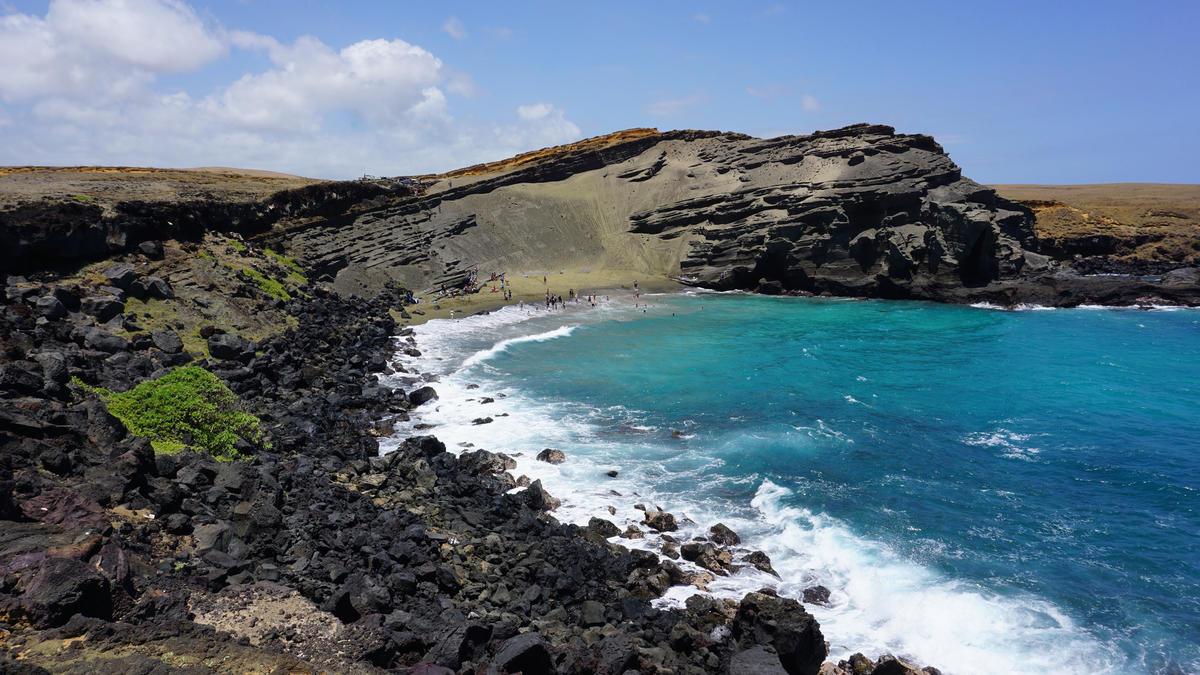 Carved into the wall of a collapsed cinder cone, Papakōlea Beach is one of those otherworldly locations everyone needs to visit once in their life. A 2.5-mile hike leads visitors across the ridge to the beach where they can cool off in the ocean or just relax back in the verdant shoreline. Arriving early in the morning is the best way to beat the crowds, so you can claim either your moment of zen or Instagram photo. 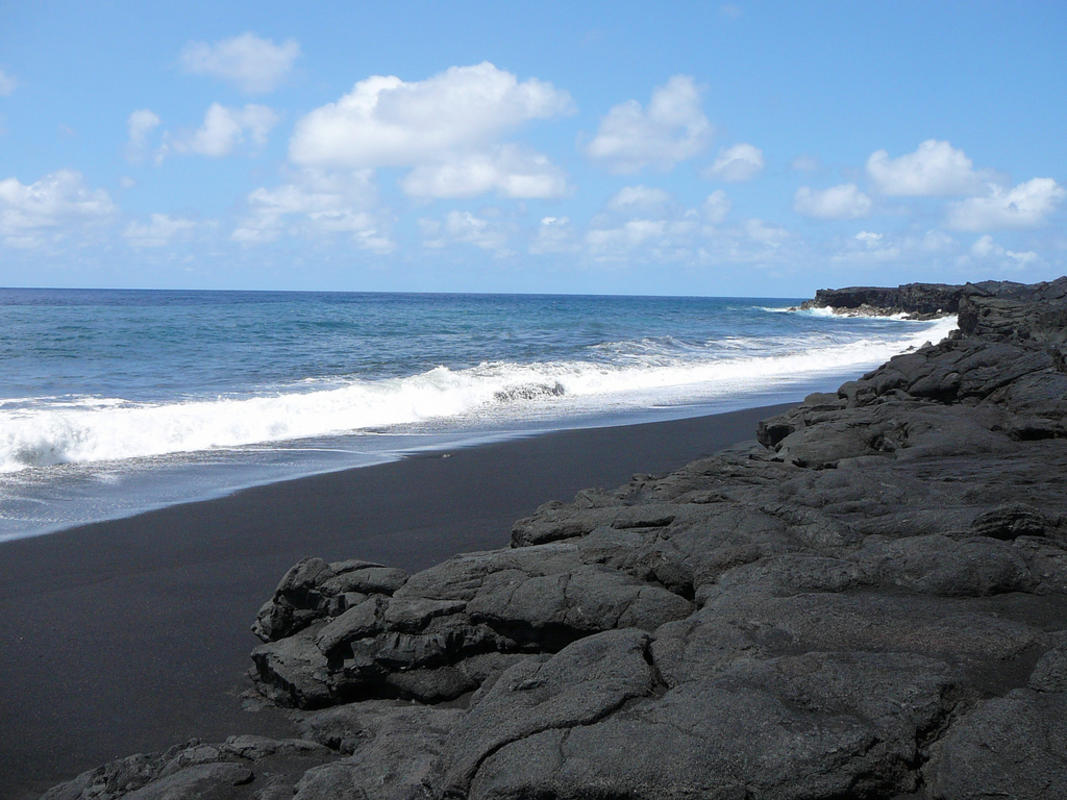 There are several black sand beaches on the Big Island, but few are located at the end of a massive lava field that swallowed up a town. Hiking in, the trail to the coast is very easy and relatively short, but it is filled with amazing photo opportunities that can lengthen the walk. Once there, the space between the lava wall and the ocean isn’t very wide, and the real estate is made better by the secluded nature of the area. 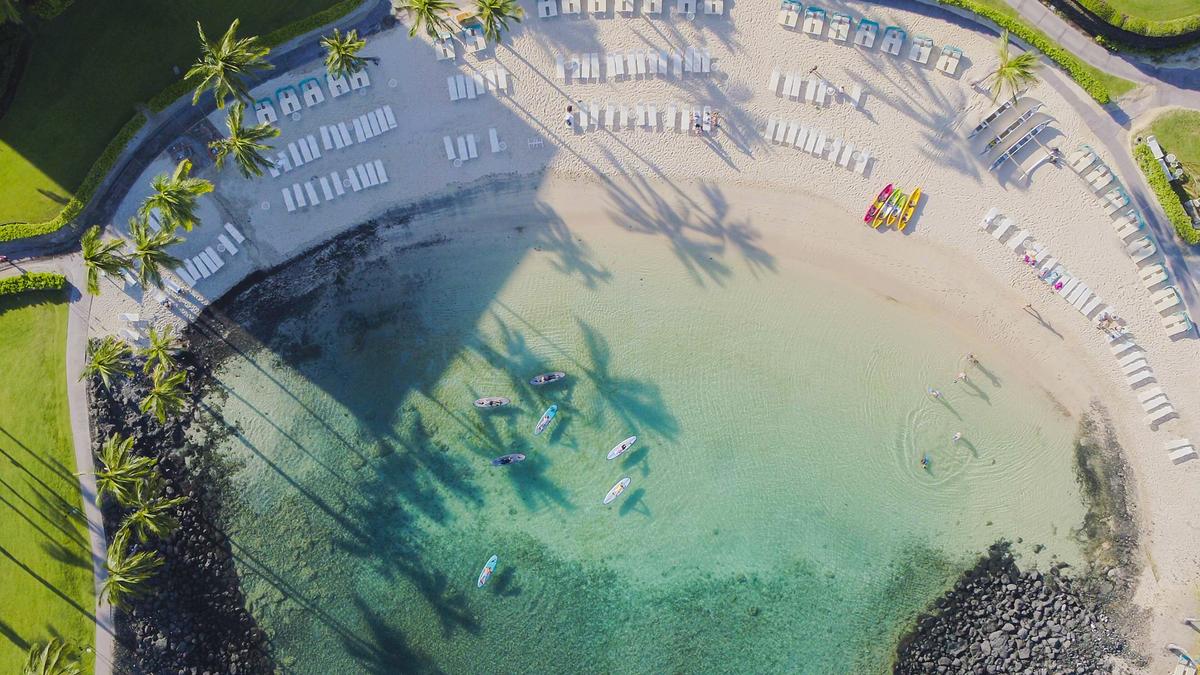 Contrary to popular belief, hotels with beach access are a rarity on the Big Island — even more so on the Kona side. While there are so many amazing sights to see on the island, there’s also something to be said about the simple pleasure of waking up to the sounds and sights of the Pacific. The beach at the Fairmont Orchid, the Big Island's premier luxury resort, is remarkable for two reasons: 1) it’s located near a popular swimming spot for sea turtles, and 2) it’s a short walk from here up to Puako Petroglyph Park. Guests who stay at the resort property also have access to kayaks and paddleboards for rent so they can tour the lagoon at their leisure. 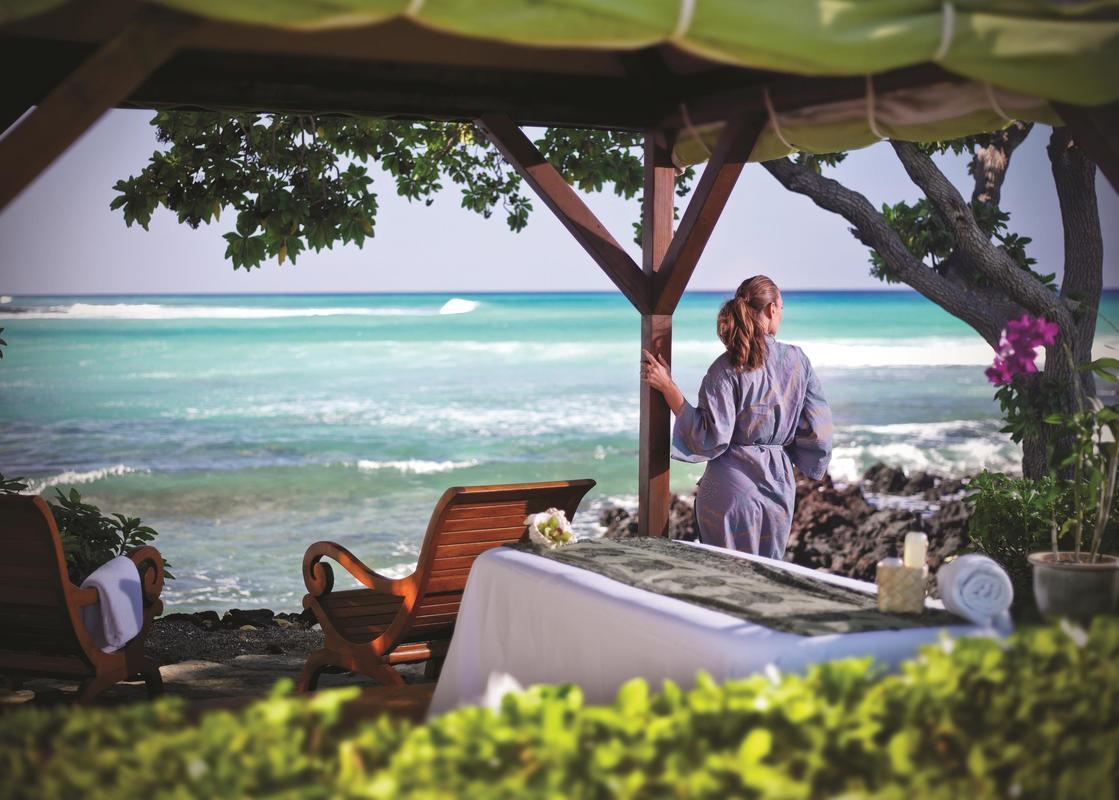 Blending indoor and outdoor relaxation experiences, the award-winning Spa Without Walls at the Fairmont Orchid mixes the attractive elements of Hawaii life with four-star upscale amenities that feel like a vacation treat. Here, visitors can indulge in ancient Hawaiian healing techniques from the privacy of their own private waterfall hut (yes, really). 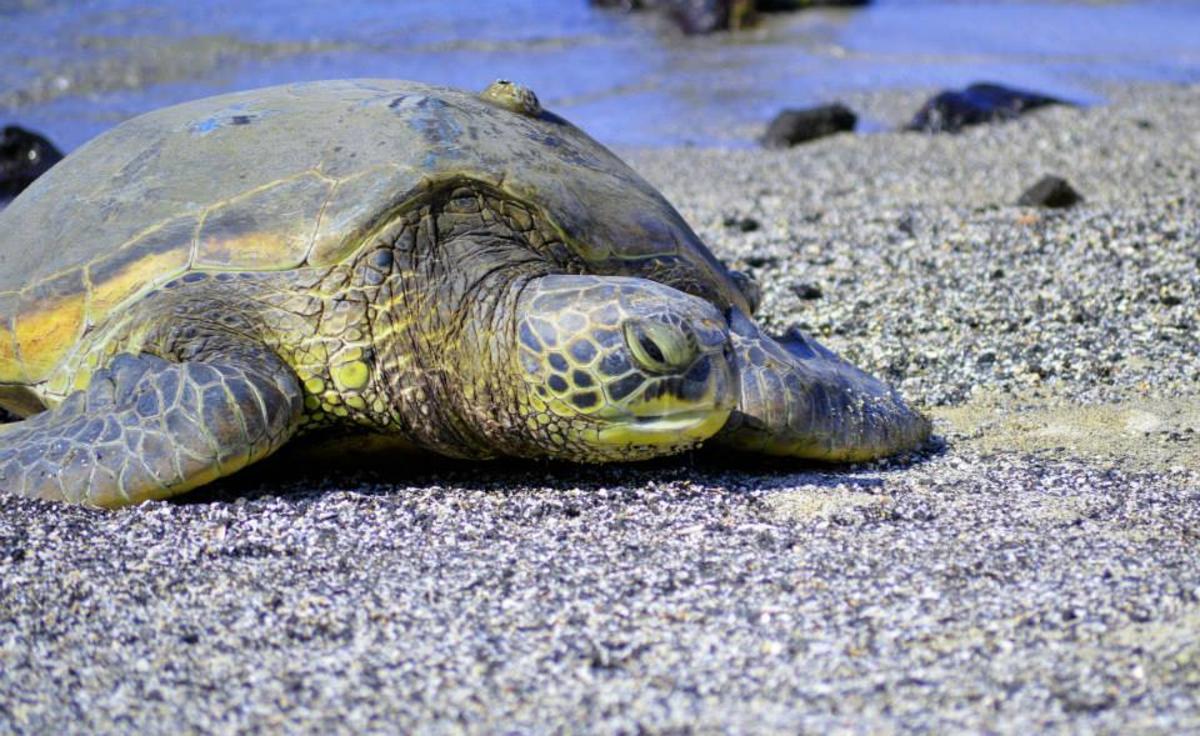 A popular area to see sea turtles, this national landmark also offers a look into the daily lives of ancient Hawaiians. "Kaloko" refers to the fishponds at the parks north end that were first used 300 years ago and now stand six feet high and are more than 750 feet long. "Honokōhau " is the name of the park’s settlement located at the south end of the park. 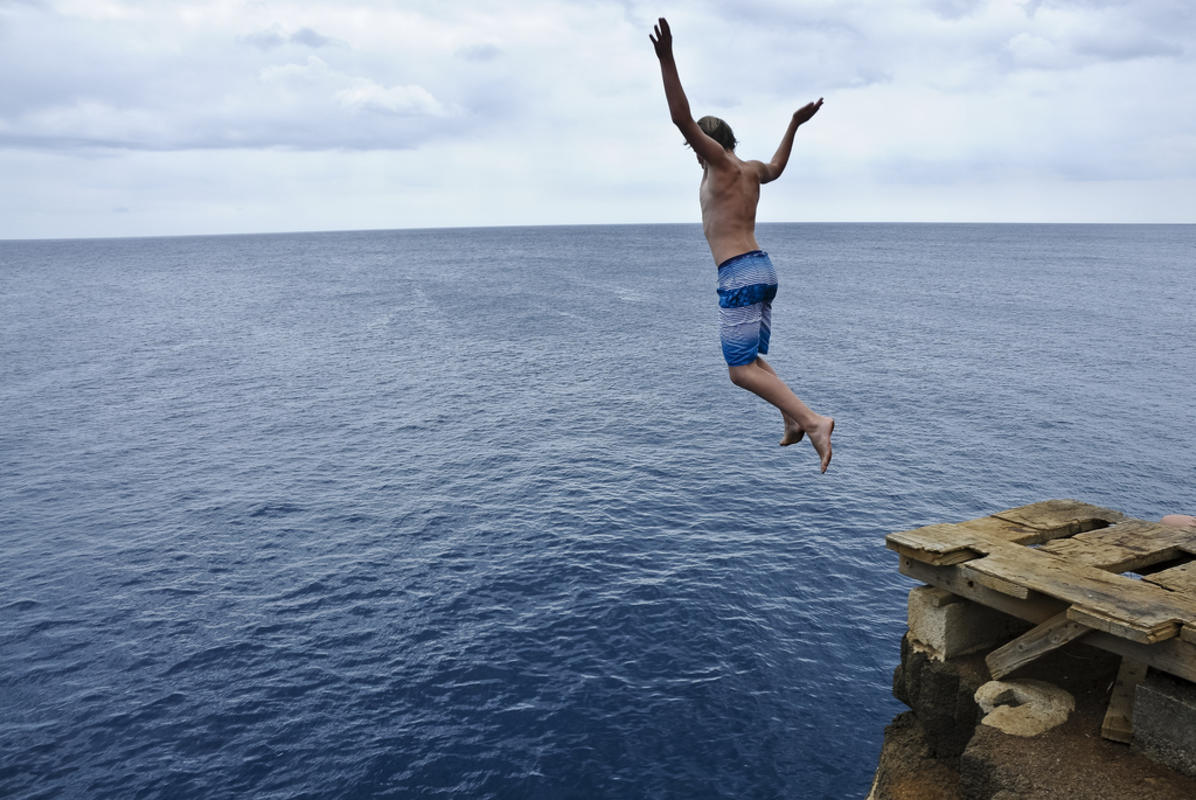 While not actually the southernmost point of the island (it's actually on the western side), the South Point Cliff is easily one of the most dynamic spots on the entire island. A great place for an end-of-the-world photo or to tempt fate with a 40-foot jump into the Big Blue, the platform and ladder that were originally built to help fishermen on and off the rocky shore has now become an iconic cliff jumping spot, too. People from around the world come to test their mettle. It's worth noting both Papakolea and the actual southernmost point of Hawaii are within walking distance — and are each worth writing home about. 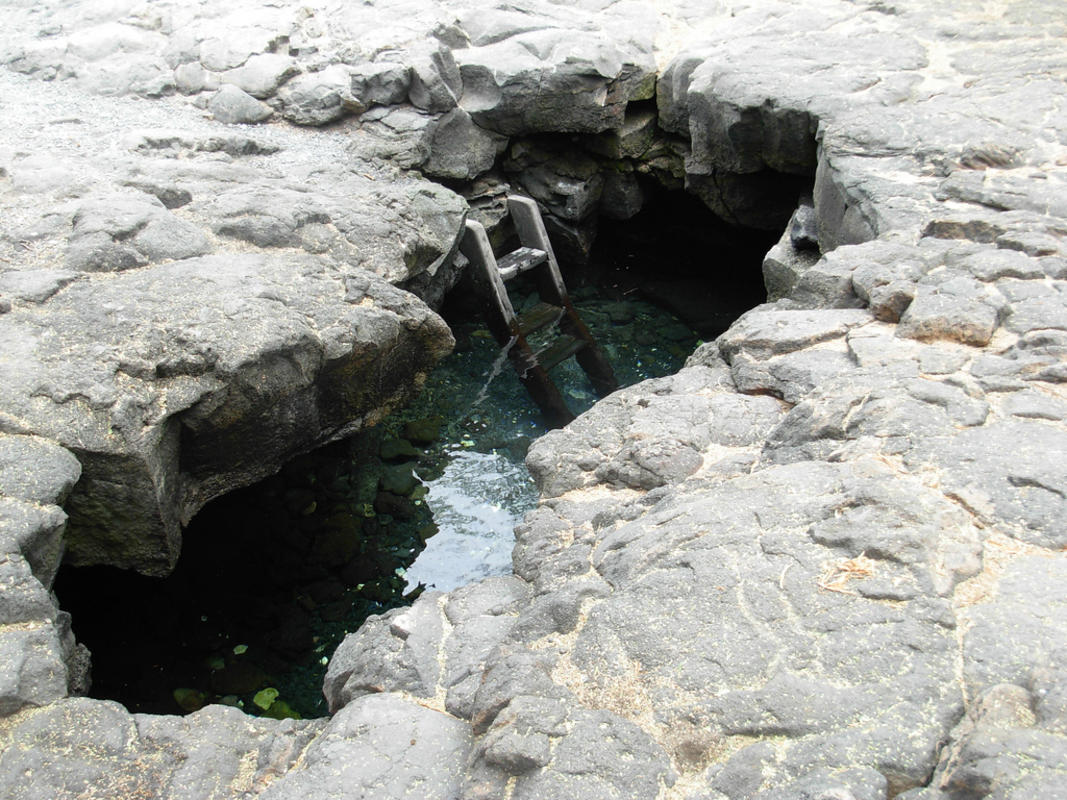 On the edge of Kiholo State Park Reserve, this sacred place is most befitting of its name. What appears to be little more than a pool formed in the middle of a rock is actually the entrance to a lava tube cave. The fresh water inside is chilly (especially when compared to the ocean water only a few meters away), and no one should attempt to explore the deeper, darker reaches without at least a waterproof flashlight and a buddy; however, it's a must visit for any wayward explorers.

Your Guide to Getting Boozy in New York City