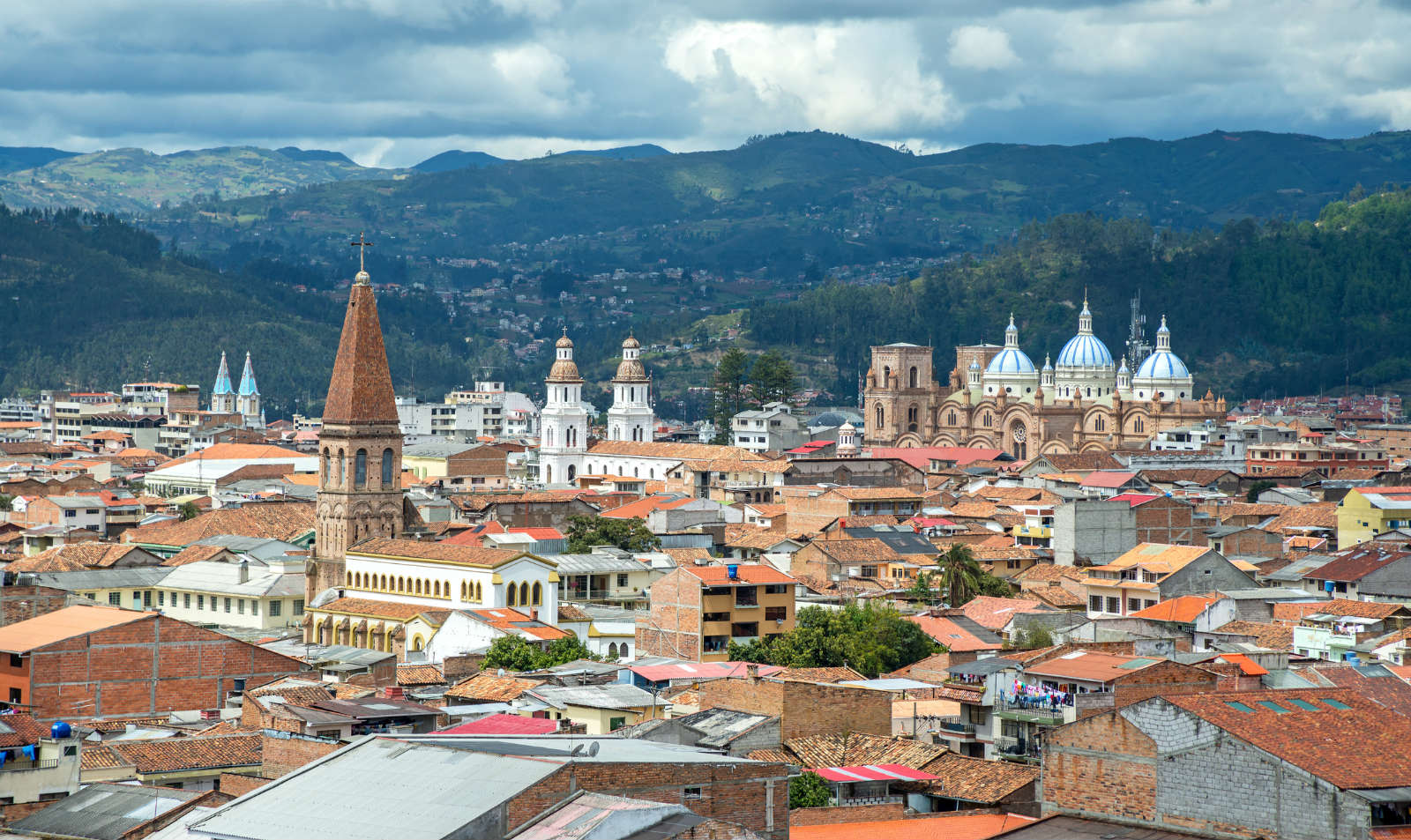 “We are a country full of colors,” proclaimed Freddy Ehlers, Ecuador’s Minister of Tourism, as he unveiled the new pre-Columbian logo and slogan in 2011. “Ecuador ama la vida,” which translates to “Ecuador loves life.” An ample summary of the wonders in this exuberant nation, Ecuador is rich in tradition and natural diversity. From snow-capped volcanoes and cloud forests in the high Andes to the coasts and the Galapagos, Ecuador is full of things to see and do.

Only in Ecuador can tourists stand at the center of the earth and enjoy simple science experiments such as watching water drain in different directions on either side of the equator. Natural wonders are complemented by interesting history, with World Heritage city centers in both Quito and Cuenca. Panama hats are another unique aspect of Ecuador’s living heritage, with master weavers still crafting by hand in Montecristi.

Many travelers base themselves in the capital of Quito, which not only has an interesting old town and full of art and culture, but a number of nearby attractions accessible by day-trip. The cloud forests at Mindo, the hot springs and spas at Papallacta, and the volcanoes of Cotopaxi National Park can all be visited on a four-wheel drive excursion from the city.

Accommodation can vary greatly in quality, with many options falling into the cheap and cheerful category. However, there are several high-end resorts and the major cities have international resorts. Food in Ecuador tends to be healthy and hearty, with lots of meat, grains and vegetables. Seafood and tropical fruit are plentiful on the coast, while fast food and international cuisine are common in large towns and in tourist areas.

The busy Mariscal Sucre International Airport (UIO) in Quito is the main gateway through which most people arrive, although some come via cruise ship. From Ecuador’s central hub, it’s easy to fly to other regions in the country, particularly to access Guayaquil, Cuenca or in the Galapagos.