5 Uniquely Memorable Camel Experiences to Have in Dubai

The Emirati love for the “ship of the desert” began way back in the olden days when camels were used by Bedouins for transportation, meat, and milk, and regarded as a sign of wealth. They were also used as dowry gifts in weddings and to make charitable zakat payments.

The harmonious relationship between the Bedu desert tribes and the dromedaries who helped them survive in the harsh living conditions may have began as a symbiotic relationship out of necessity, but continues to run deep in the hearts of locals today, however lavish or modern their lifestyle may be.

There is a range of unique experiences in Dubai to help you appreciate these majestic creatures, and no trip to the UAE is complete without at least one humped attraction. 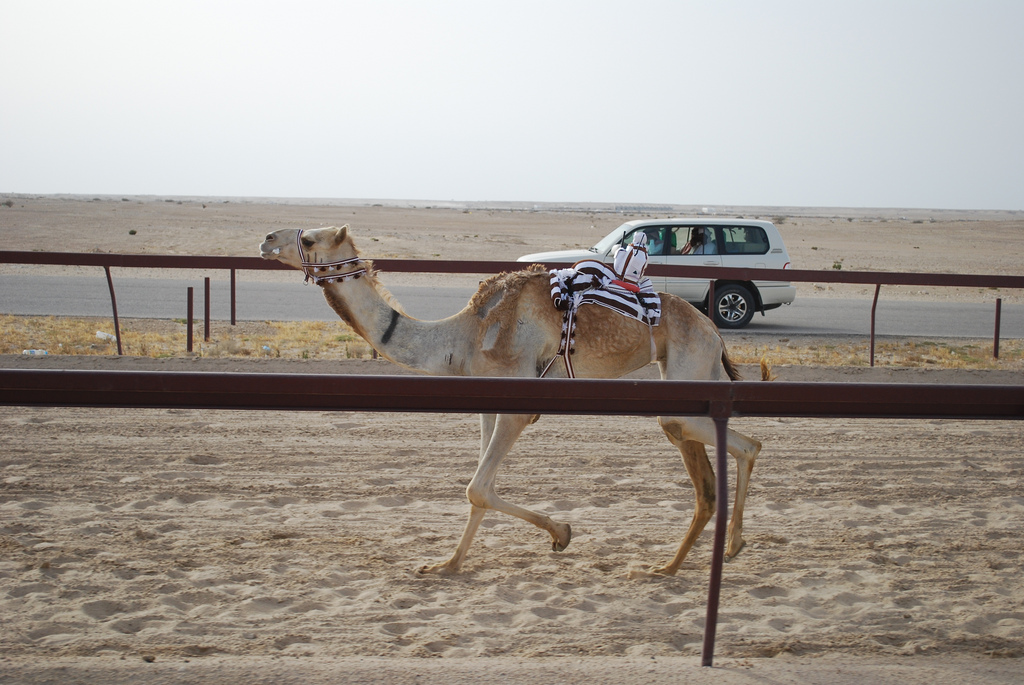 For an experience that’s really off the beaten path, join the locals excitedly cheering on camels from all over the Middle East at the Al Marmoum Racetrack (although no betting, that’s illegal in the UAE). Truly a sight to be seen, the sturdy beasts specifically bred for racing are dressed in all their finery and fitted with robotic jockeys as they gallop across the dusty racetrack with owners in tow, frantically chasing along in 4x4s as they control the machines. Crowds of viewers spur on the camels as the owners blare horns in encouragement. The anticipation is unmistakable as winning camels not only get prizes that include cash sums anywhere from AED 2500 to AED 5000 and luxury SUVs, but also prestige that can command higher prices from potential buyers. Racing season runs from October to March and begins as early as 6:30 a.m. so be sure to get a good night’s sleep if you intend to get in on the action. Entrance to the racetrack is free, but we recommend calling ahead to confirm the weekly schedule. 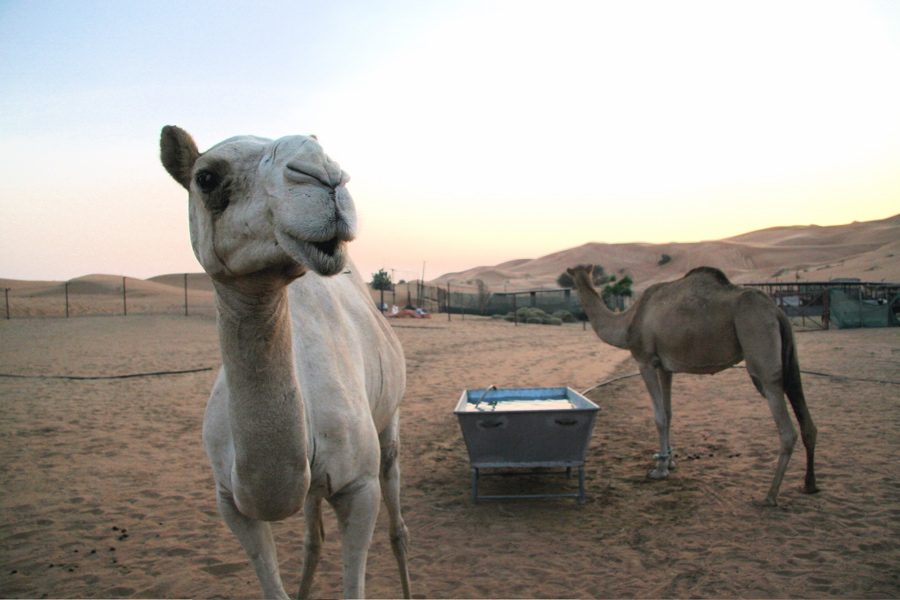 Who’s the Fairest of Them All?

To witness firsthand how deep the love for the beast of the desert goes, take a day trip to the annual Al Dhafra Festival in Abu Dhabi, running for fifteen days in December. A grand celebration of Bedouin heritage, it hosts the world’s only camel beauty pageant. Called the Mazayna, over 25000 camels are judged on everything from posture and neck length to ear firmness, leg straightness, lip droopiness, nose shape, size and proportion of hump, gap between the toes, coat smoothness, and finally, overall fitness.

A popular attraction for tourists looking for a culturally immersive experience, over 1500 participate in the contest with entrants from all over the UAE, Saudi Arabia, Qatar, Oman, Kuwait, Jordan and Yemen, who arrive in caravans to compete for a prize wallet worth more than $12 million dollars.

Adorned with gold and silver jewelry around their humps and necks, the camels are paraded before the judges. There are separate contests for categories based on breed, age, region and other factors, as the events feature both the light skinned Assayel and the beautiful black Saudi Arabian Majahim.

Afterwards, the camel auction is held, raking in considerable dough for winning owners, as sought after camels command a price well over a few million dollars. Other notable events at the festival include a classic car competition, camel racing, horse racing, a purebred Arabian saluki dog race, falconry, a traditional souk, and a photography competition. 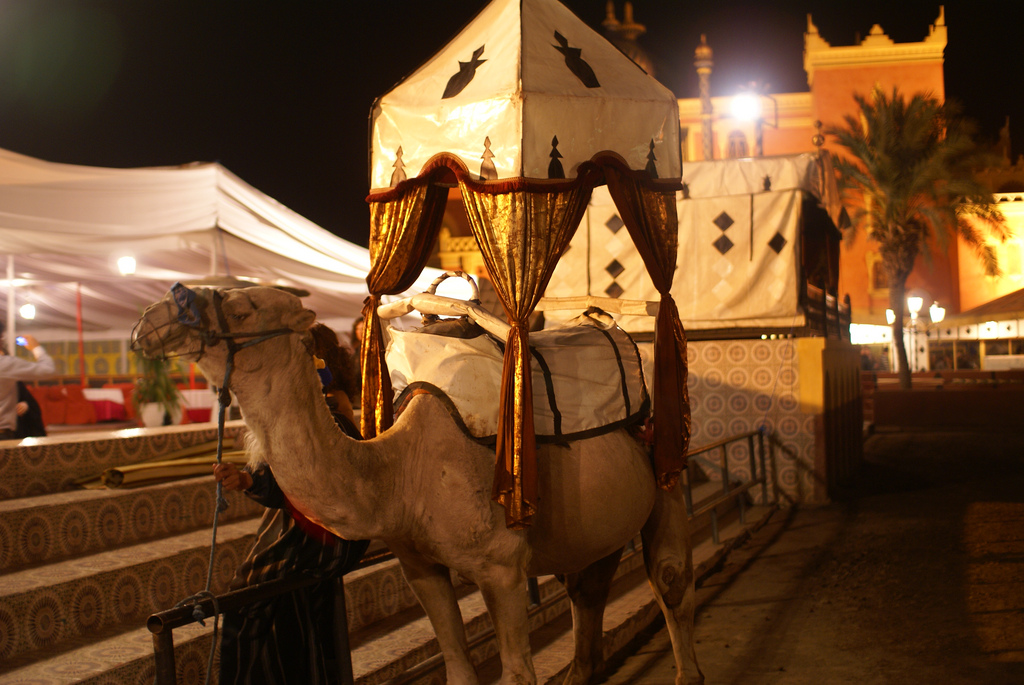 Experience the beauty of the Arabian desert in a caravan like the traditional tribes did throughout history. Ride camel back across the magnificent landscape of golden dunes with Heritage Camel Safari to a Bedouin camp. The ride takes about 45 minutes and requires riders to be at least moderately fit. Once settled in, you’ll enjoy cultural music and dance, falconry, henna application, and learn how to cook a traditional meal, concluding with an authentic dinner under the night sky. 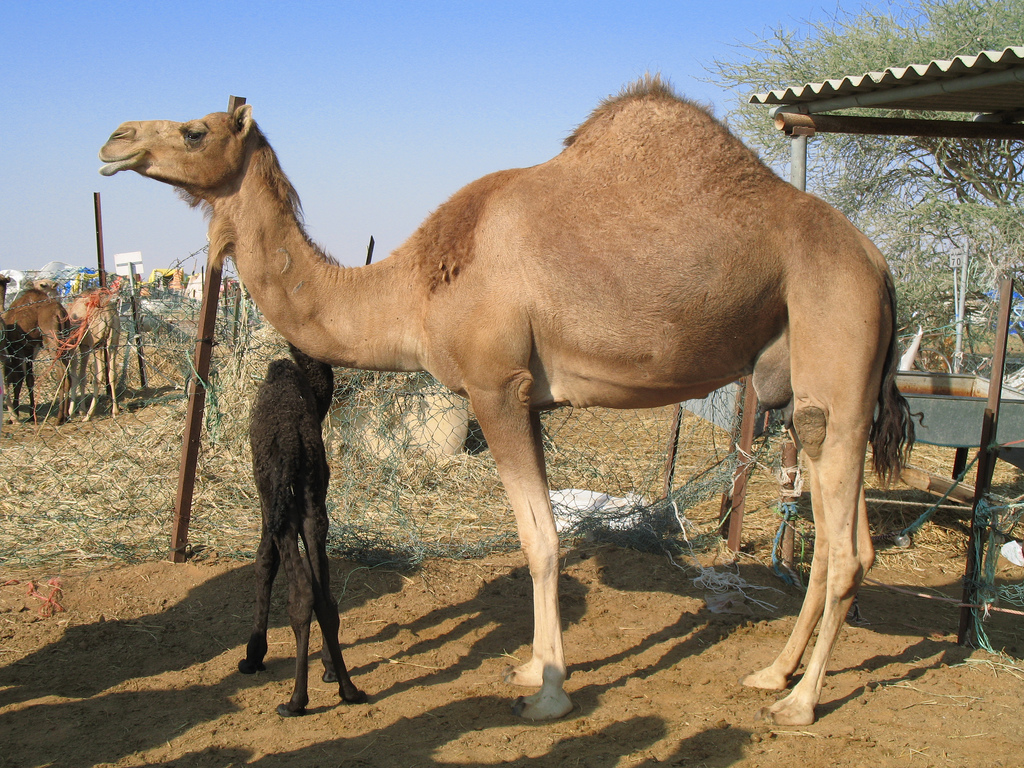 Given the inherent fondness for the camel in local culture, it’s no surprise that the largest livestock market in the U.A.E is one that deals primarily in camels. Join other wide-eyed tourists as they take in the noisy market banter, curiously studying the negotiation process between sellers and potential buyers cruising between pens in their SUVs as they inspect the product.

You’ll be invited to examine the newborns, youth, and long legged race-bred studs and even take pictures, but remember it’s not without the expectation of a tip. Others stores in the market sell blankets, ropes, jockey outfits, canes, accessories, fodder, and camel jewelry. So if you can’t afford to buy a real camel, for a few hundred dirhams, you have plenty of other souvenir options. 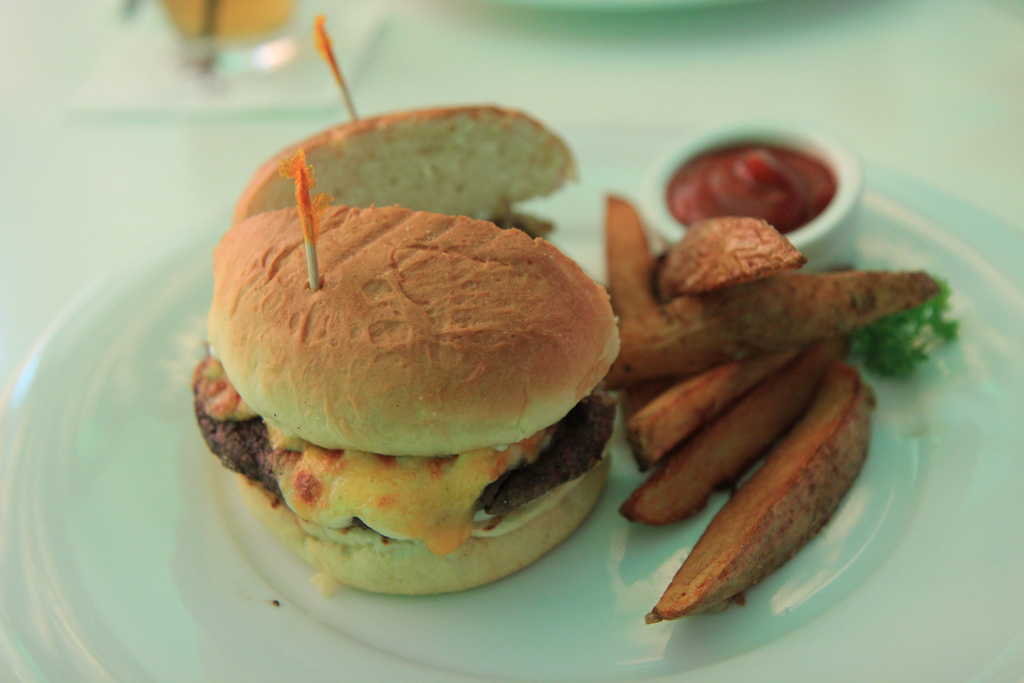 Camel meat and milk have always been an integral part of local cuisine that’s commonly found in older establishments. The past few years, though, there has been a significant revival of cooking with camel in modern day restaurants and cafés, and is increasingly found in the preparation of a dizzying array of dishes.

At Local House Restaurant in historic Al Bastakiya, choose from different Camel Burgers, Camel Biryani, Camel Kabsa (camel meat served with aromatic rice containing dry fruits), and even camel milkshakes. For a more fine dining affair, head to the luxurious Emirates Palace in Abu Dhabi to try Camel Carpaccio or their 24k Gold Camel Burger. Upgrade your Starbucks experience with the world famous ‘Camelccino,’ made from camel milk at Cafe2Go, which also serves camel fajitas, burgers, hot dogs, and salami. You can even surprise your friends back home with a box of camel milk chocolates by Al Nassma. You’re still appreciating the animal by indulging on it, right?

From Sandboarding to Dune Buggies: 11 Dubai Activities for the Adventure Lover

A Shopoholic's Guide to the Madness that is Markets in Dubai