Before it became home to more than 7 million people, the greater Santiago, Chile region contained an eclectic mix of small towns and villages. Today, many of those same towns and villages live on as comunas, or neighborhoods, in this bustling city. Indeed, there are approximately 32 comunas in Santiago - and each one is strikingly different than the last. If you find yourself with 24 hours to spare in Santiago, you’re in for a treat - but you’ll have to decide which comunas to focus on first. As the political and cultural capital of Chile, Santiago is an intoxicating place to be - even if it is only for a day. 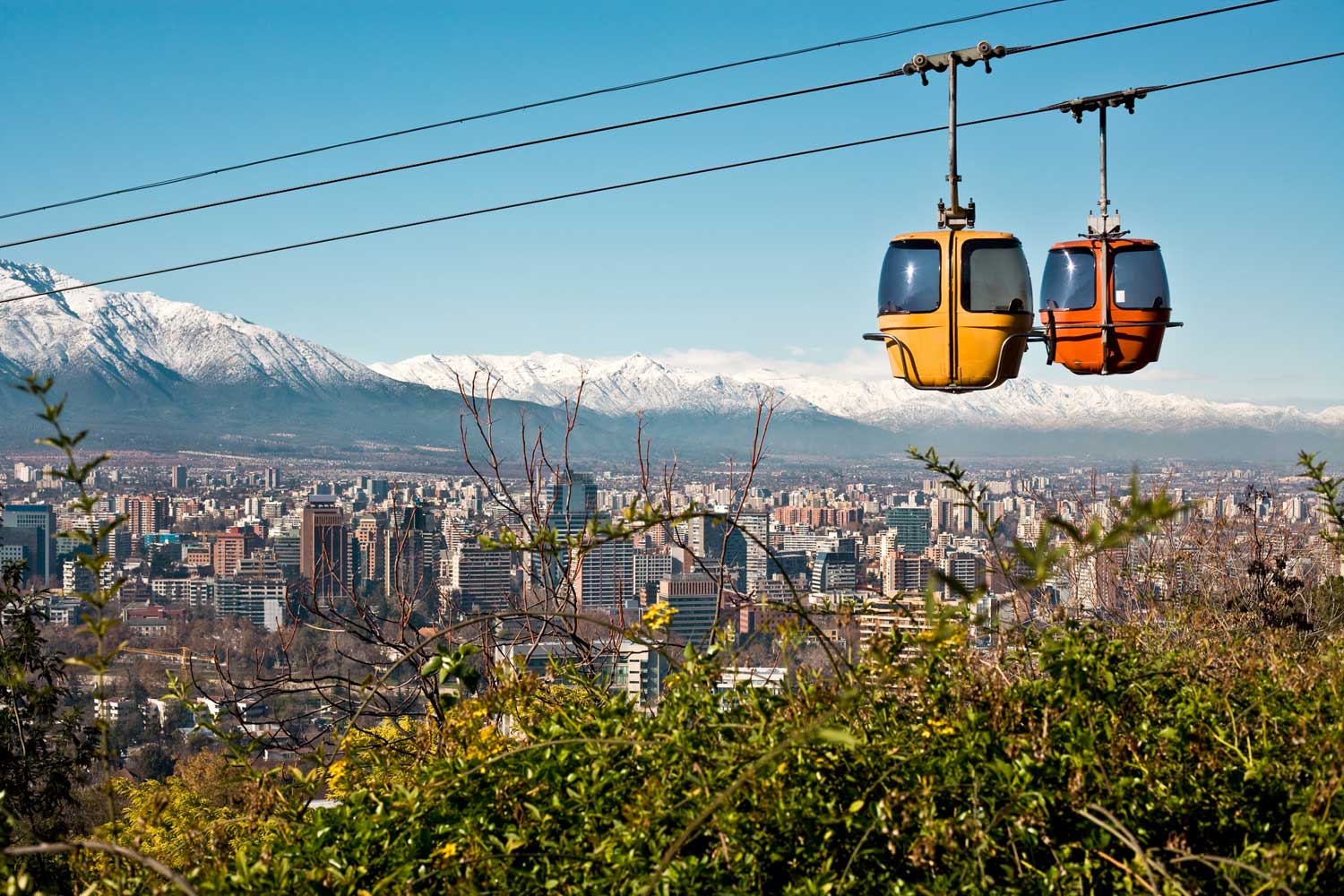 Before delving into the many topnotch sights and attractions that are scattered around the city, you should know that Santiago’s metro system is truly exceptional. Between hoofing it and riding the train, you can cover a significant amount of ground in a single day without overdoing it. The metro system is comprised of five different lines and has 94 stations; no matter where you plan on going - or what you plan on doing - there’s bound to be an easy enough way to get there.

Start in the Park

It’s always nice to get a broad overview of a city before investigating it more thoroughly; the Parque Metropolitano is the natural place to do so in Santiago. This stunning park includes a summit that affords you a phenomenal view. There are several different ways to get to the top: by cable car, by funicular or - for athletic types - by foot. There’s more to this park than a view, though; you’ll also find a zoo, a botanical garden and many other attractions within its boundaries. Take care not to get too swept away - there’s still a lot more of the city to explore!

See Where it All Began

Now that you’ve gotten the lay of the land, why not check out the most historic section of Santiago? The area that is now known as Santiago Centro is where a Spanish conquistador named Pedro de Valdivia originally created a settlement in 1541. At that time, several of the nascent comunas - which were then just twinkles in the major city’s eye - were small farming communities and tiny villages. By wandering around Santiago Centro, you can get a clearer feel for the rich history of this incredible city.

Immerse Yourself in Art and Literature

Chances are, you’ll have plenty of time to squeeze in a visit to a local art museum. If you only have time for one of them, though, make it the Museo Chileno de Arte Precolumbiano. Here, you’ll be able to check out all sorts of incredible art and artifacts spanning back several centuries. Literature fans will love stopping by one of the homes of famous poet Pablo Nerudo; it’s called La Chascona, and it is filled with artifacts that were collected by the man himself.

Shop and Dine in Style

Although there are several malls scattered throughout Santiago, you’re probably going to want to pick up something that’s truly unique. In that case, hightail it to the Centro Artesanal Santa Lucia, where handmade arts and crafts abound. If you work up a hearty appetite along the way, never fear - Santiago has plenty of topnotch dining options. It’s easy to find a place that serves up authentic Chilean fare; try the Bar Nacional for some of the country’s most popular dishes. After all, you might as well dig in to some genuine Chilean food before leaving!

Relax with a Stroll or Hit the Town

As your 24 hours in Santiago draw to a close, there are several different ways to bid this town adieu. A sunset stroll along the Rio Mapocho is never a bad idea - there are numerous well-maintained paths along most of its length in the city. On the other hand, you might want to see this amazing capital city off with a bang. The nightlife here is truly memorable, and the city center offers up some of the best options. After walking or partying the evening away, you’re sure to be left with a positive and fond impression of this amazing South American city.