The seaside city of Barcelona has played by its own rules for centuries, but even it wasn’t quite prepared for Antoni Gaudí and his architectural movement.

While the rest of the world was playing it safe with straight lines and sleek skyscrapers, Gaudí was experimenting with curves and color. Gaudí’s work breathed new life into the city of Barcelona, ushering it into the modern era with gusto. He saw the city as a canvas, and spent years creating works that infused religious and natural elements. The buildings and parks he touched are spread across the city and somehow seamlessly fit into a cityscape that has stood in the cornerstones of history.

Excuse the pun, but you need to give yourself a self-guided tour of these sites that are far from gaudy. 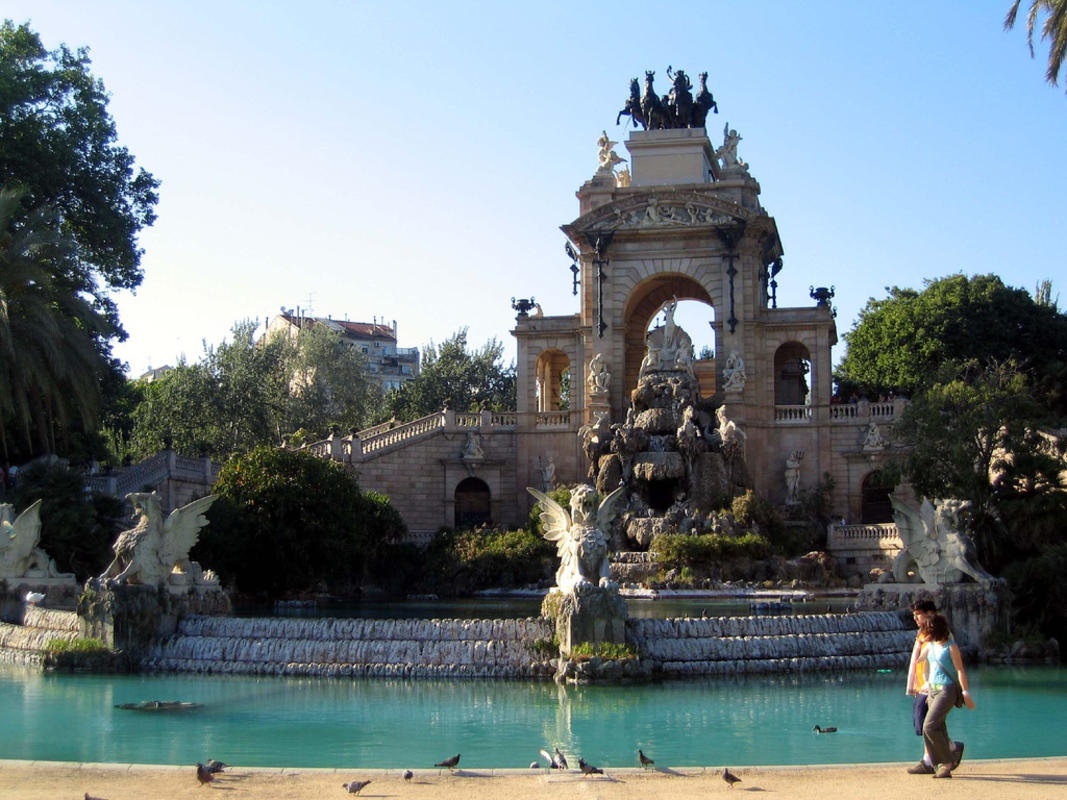 Gaudí wasn’t even out of architectural school when he helped design this fountain within Parc de la Ciutadella as an apprentice to Josep Fontserè. Much more tame than some of his more eccentric works, the fountain was modeled after traditional Roman architecture, and features many elements that would become key attributes in his later works like the two large crab pincers used as a cheeky podium.

Casa Batlló is one of the most celebrated apartment complexes in Barcelona. During its renovation period, however, it was considered an eyesore, largely because Gaudí flat out violated every city bylaw imaginable. At first glance, the building seems to be dipped in fish scales. Look again, and you’ll see that most of the exterior resembles bones and skulls. The monstrosity was quickly forgotten by 1906 when Casa Batlló was named as one of the three best building projects of the year. 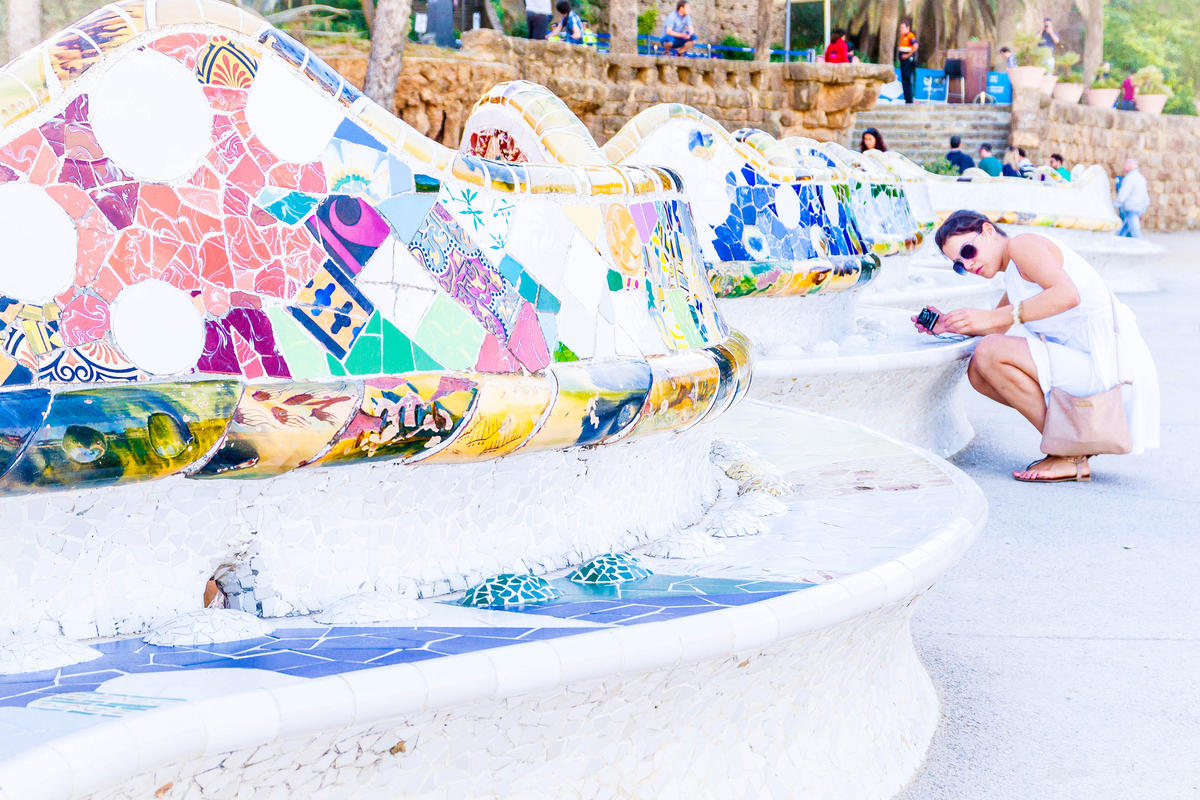 Gaudí’s work focuses heavily on organic movement like animals, color, and lines. The triage plays out within Parc Güell on Carmel Hill where Gaudí was given free rein to let his creative juices flow. Within the park, you can stroll through lopsided covered awnings, relax on vivid mosaic benches, and tour the colorfully spired buildings and dragons. Originally conceived as a housing complex, the park feature several homes, including one for the artist himself, which has since been converted into a small museum. 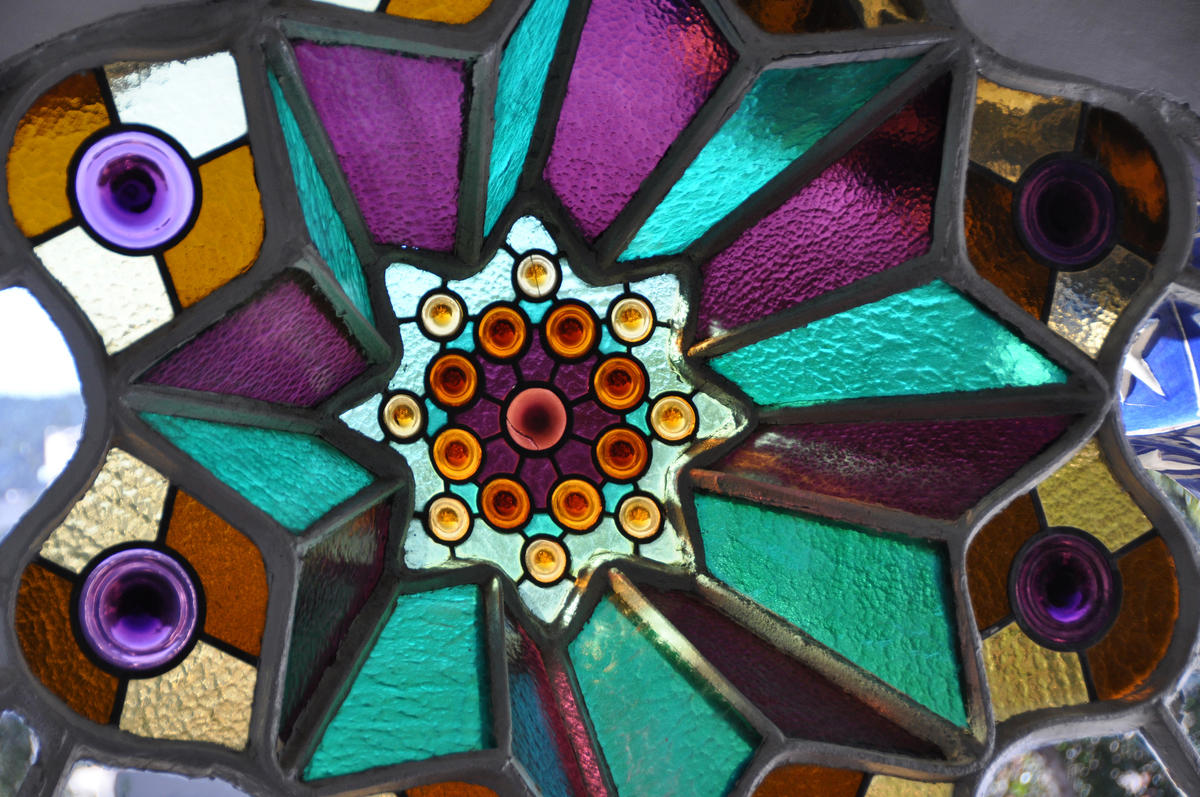 Compared to his other masterpieces, Torre Bellesguard was largely unknown to the general public until the late 2000s. Commissioned in 1900 by the medieval castle owners to restore the home to its former glory, Gaudí spent nearly 10 years renovating the interior and the exterior, taking inspiration from 15th century architecture. Unable to finance the costs of the remodel, the castle spent many years being passed from owner to owner until the Guilera family, the current landlords, agreed to open the home for tours starting in 2013. 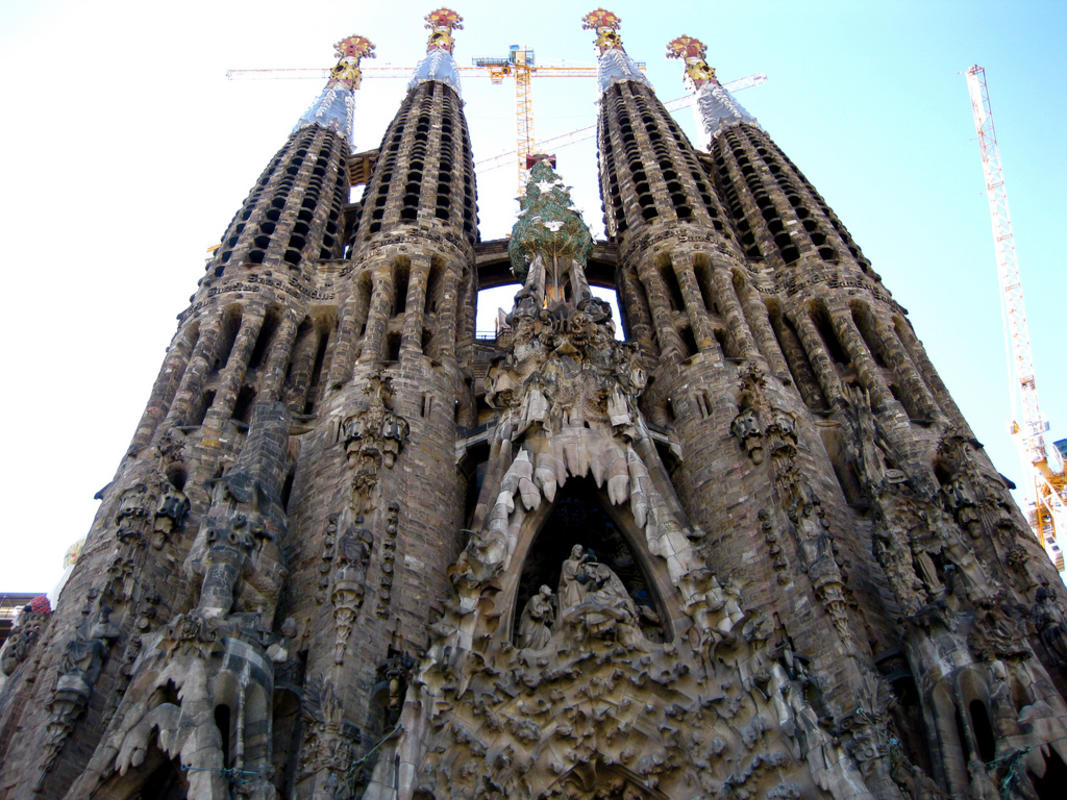 With a façade resembling dripping candle wax, La Sagrada Familia is one of the most famous churches in Europe. A work-in-progress since the early 1880s, Gaudí passed away before it could be completed, but his blueprints were left behind as a sort of instructional guide for future architects. While La Sagrada Familia isn’t expected to be fully completed until 2030, visitors can still explore the unique property.