From Top Chefs to Airport Grub: The Best Southern Restaurants in Atlanta

When telling friends you’re heading to Atlanta, thoughts often turn into conversations surrounding the wonderful world of Southern food. Fried chicken, barbecue, grits, and sweet tea are in abundance Atlanta has no shortage of hotspots to check out. Whether you're looking for an authentic barbecue shack or more refined haute cuisine, you certainly won’t leave hungry.

The following list will get your taste buds excited for a Southern culinary adventure in the ATL. 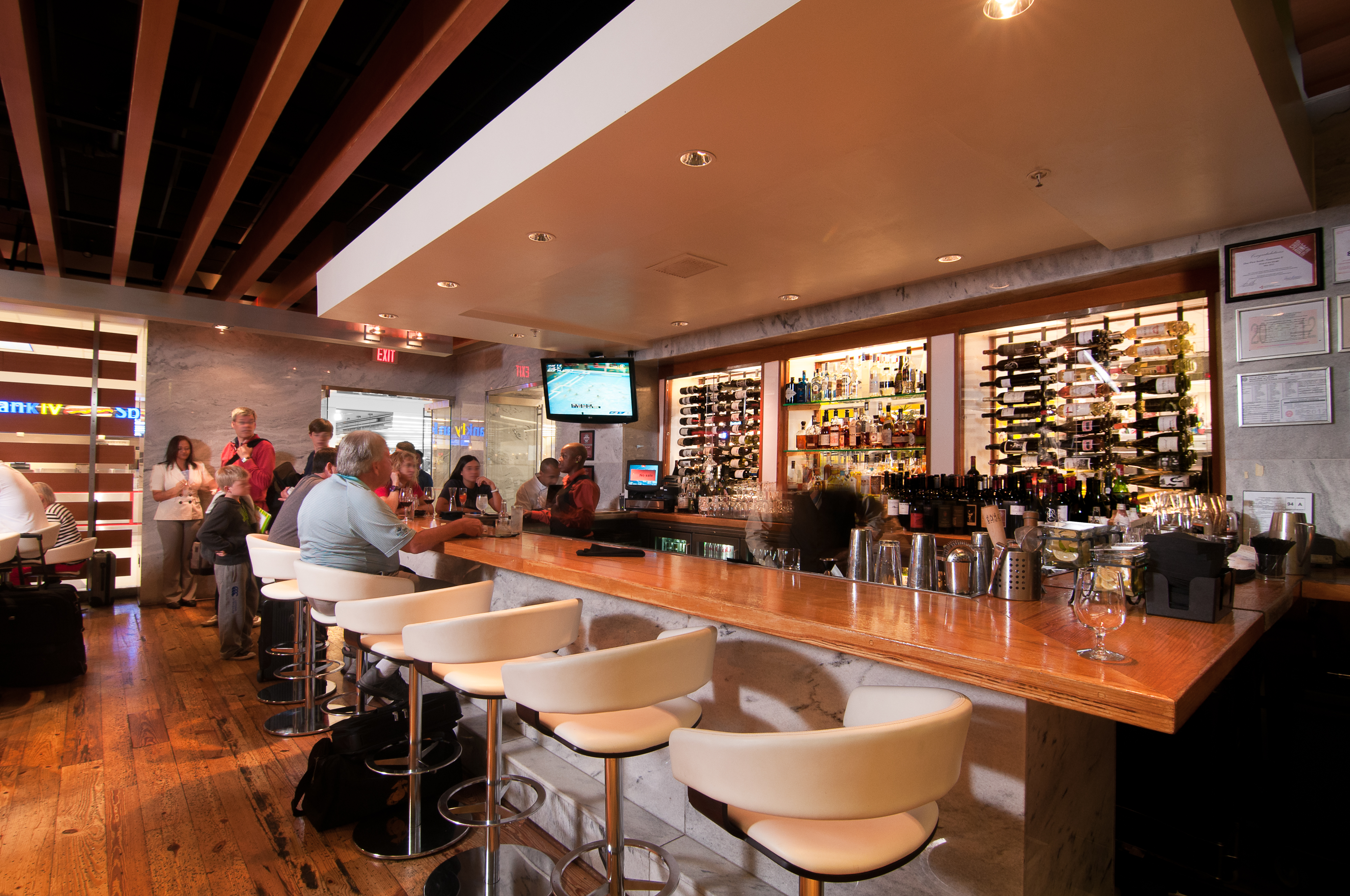 Not your average airport food

A search for good southern food starts before even exiting the airport at the aptly named One Flew South. Not your typical cash and carry, the restaurant serves as a quiet respite for travelers looking for elevated dishes in a full service, upscale environment. Chef Duane Nutter offers what the restaurant calls “Southernational” cuisine with both Southern and international influences. They source local ingredients whenever possible for elevated dishes like thyme roasted pork belly, Kentuckyaki chicken fried rice and my personal favorite, an open-faced meatloaf sandwich topped with bacon, BBQ sauce and a fried egg – the Dirty South. 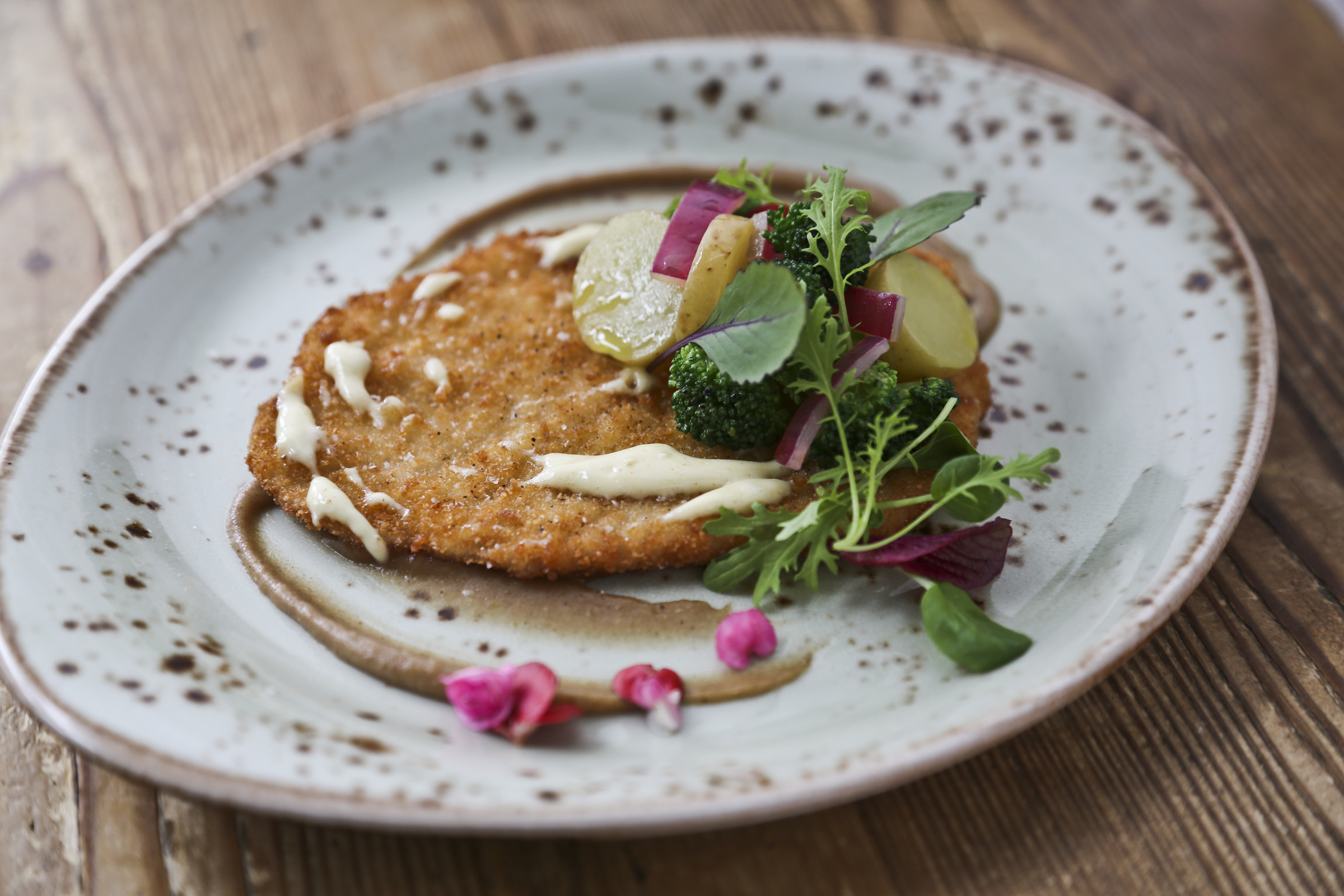 Bearded Top Chef fan favorite and Georgia native, Kevin Gillespie had been running a white tablecloth, fine dining restaurant while gaining reality TV fame, but yearned for something a bit truer to his roots and closer to home. And thus, the Gunshow was born to rave reviews and a coveted spot on the Eater list of Essential 38 restaurants. Uniquely served tableside in a dim-sum style, the diners get up close and personal with the chefs who created the dishes. Reservations are a must. 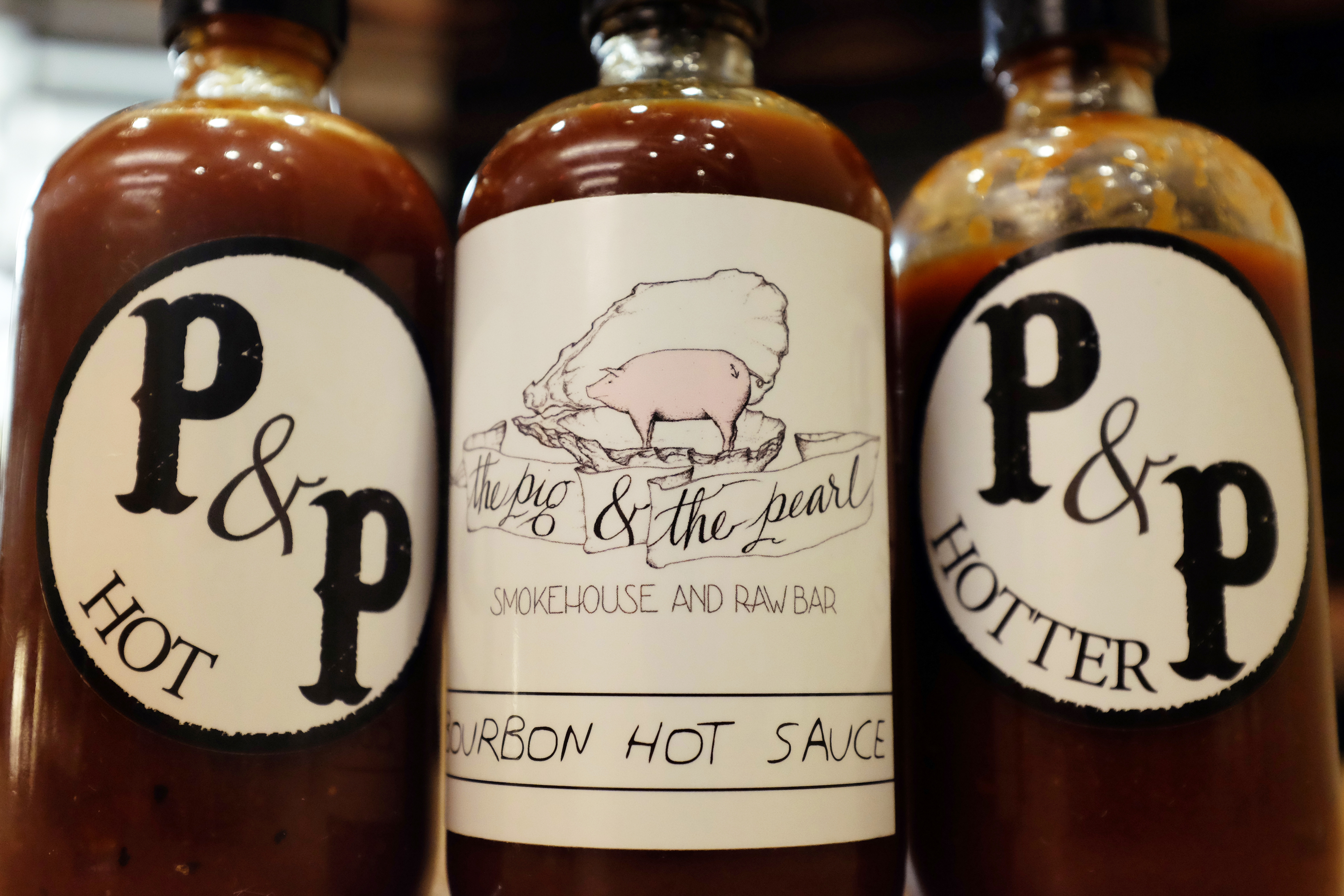 Yes, there’s even seafood in the South

Outgrowing their popular neighborhood spot The Shed, the owners headed to trendy Midtown for a new venture, an upscale restaurant with both barbecue and seafood, aptly named Pig & the Pearl. Named one of the chefs to watch by Esquire magazine, Todd Richards mans the kitchen, serving up Southern favorites like cornbread, meats spiked with his own secret bourbon BBQ sauce and freshly shucked oysters. 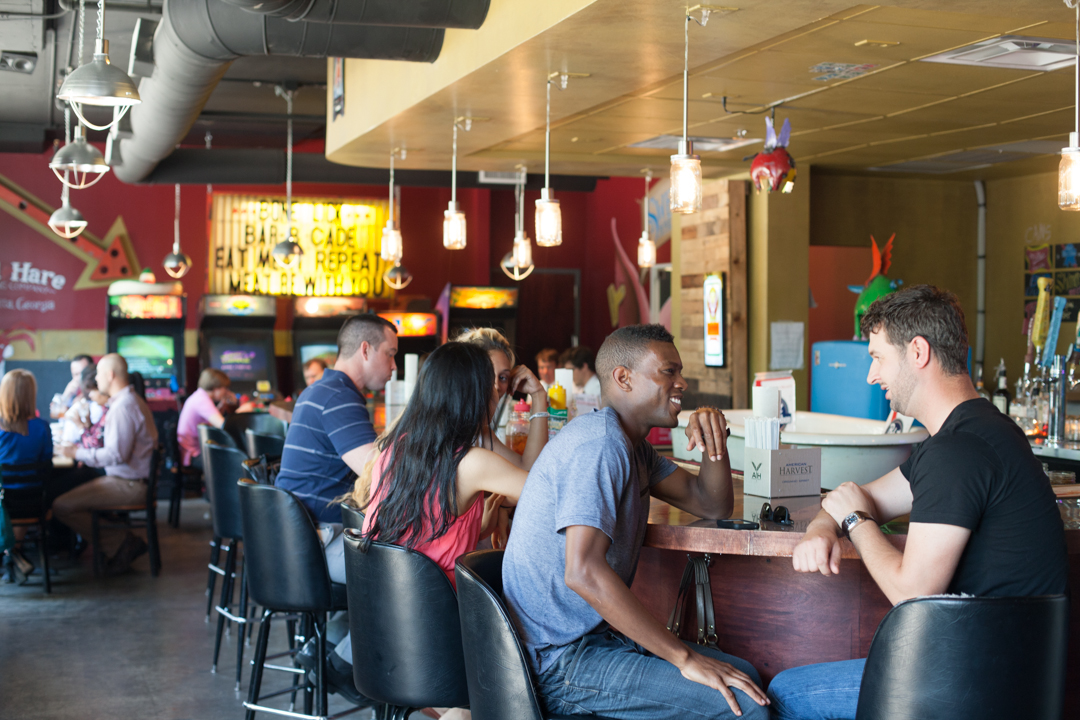 A fairly a-typical brunch, enjoy your eggs with a side of arcade games and bottomless mimosas at Bone Lick BBQ on Atlanta’s hot Westside. The restaurant's Cajun take on the croque monsieur comes with house-cured tasso ham, a fried egg, melted cheese, spicy remoulade, and hollandaise. Feel free to work off the calories at the skee-ball machine. 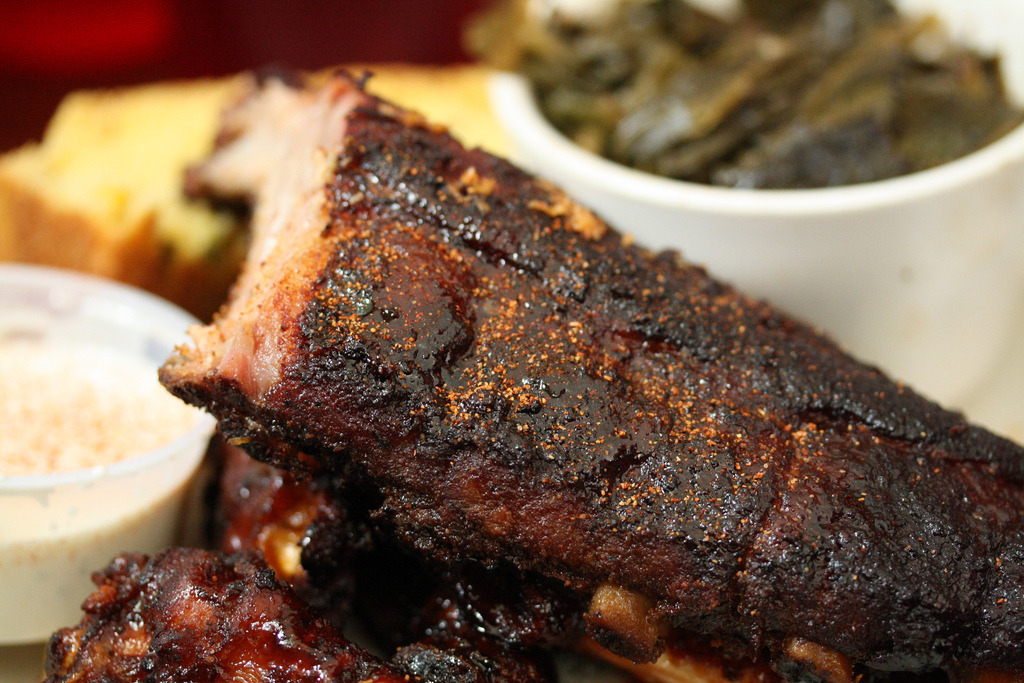 The best ‘cue in town

It would be criminal to do a barbecue crawl in Atlanta without a stop at Fox Bros. Bar-B-Q in Candler Park. Pulled pork, brisket and ribs are all a huge hit at the restaurant, but don't miss the sides, which include fried pickles, Frito pie, and my favorite, the smoked wings. 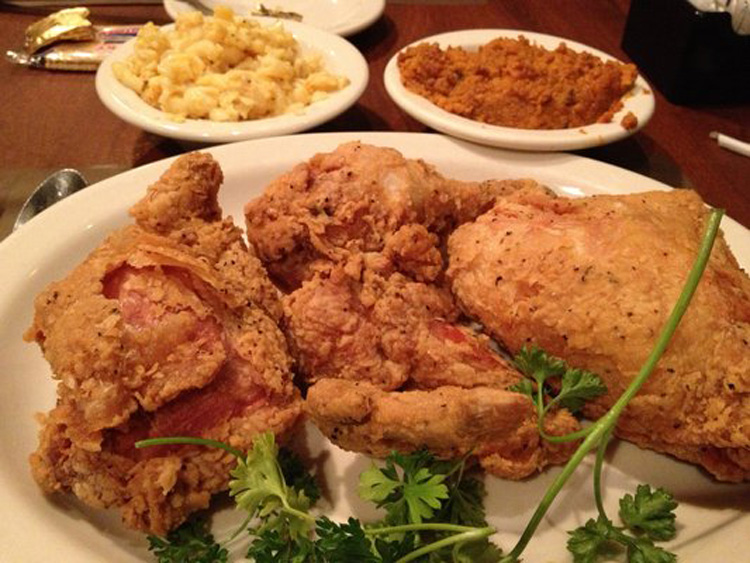 Last but certainly not least, the Colonnade has been serving up its signature fried chicken since 1927 with no signs of slowing down. The restaurant is old school and only recently began accepting credit cards from the hungry Atlantans and visitors who stormed the doors in search of pot roast, salmon croquettes, chicken fried chicken and a slew of other Southern goodies. And for dessert, a dizzying array of cakes and pies await.

This is just the tip of the iceberg for the Southern dining options in the capital of the New South so be sure to pack your stretchy pants. They’re more appropriate attire than skinny jeans, anyway.