What It's Like to Shop at the World's Largest Mall

Every country has a national pastime. For Americans it's baseball and for Canadians it's hockey, but for the United Arab Emirates, their sport of choice is something a little different -- shopping. Suffice to say if shopping were an Olympic sport, the nation would be a gold medal contender and Dubai is right at its center. However, unlike other cities where there are store-lined streets or shopping districts, Dubai is all about the malls.There are literally hundreds of them and some are so large that they could be cities in and of themselves. They offer every brand you could imagine and cater to locals and tourists alike. To the non-shopaholic, Dubai's shopping scene can seem almost ridiculous and unbelievable, but for those that have the shopping bug, it is a consumerist mecca waiting to be tapped.

Dubai's malls offer much more than just places to max out your credit card and many have become attractions for tourists in their own right. They offer cafes, restaurants and have enormous indoor entertainment. In fact, Dubai is home to the world's largest mall, which houses a giant aquarium, ice-skating rink and theme park, and sits next to the Burj Khalifa, the world's tallest tower. The Mall of the Emirates holds the world's biggest indoor ski slope and most importantly, all are air-conditioned, so even tourists who visit in the dead of summer should have a pleasant experience. Another selling point? Unlike American malls that have shortened hours on holidays and Sundays, Dubai's malls are open seven days a week, generally from 10 am to 1 am for those ultra dedicated shoppers who want to make the national pastime an evening activity.

As if the malls weren't enough, Dubai is also home to numerous Arabian-style souks, which each offer one type of specialty product. There are several souks in town, most notably the Gold Souk, the Spice Souk and the Textile Souk, which generally act more as tourist attractions than real areas for consumerism. However, they are definitely worth exploring to get a taste of old world Arabia. 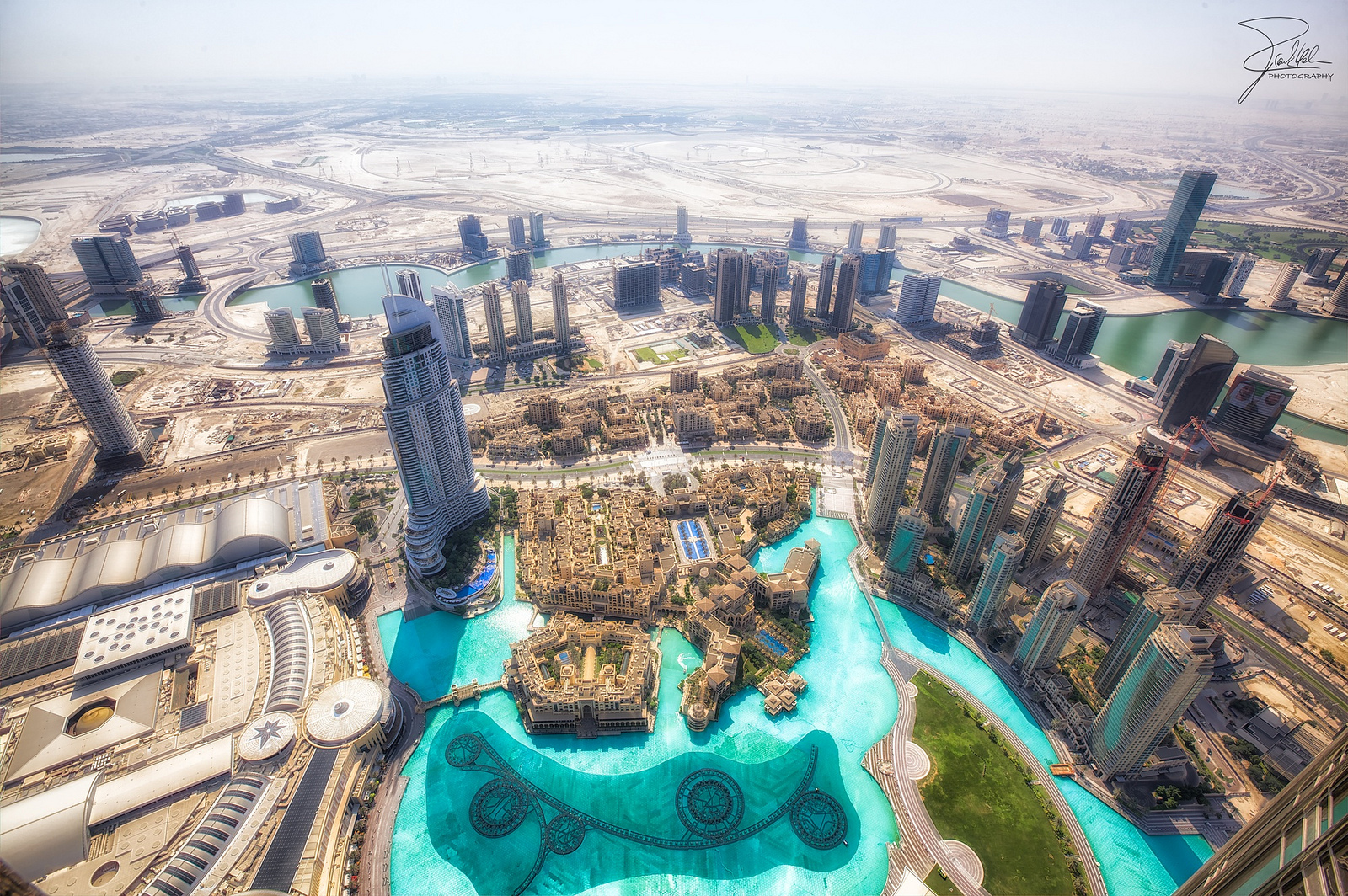 The Dubai Mall is the jewel in Dubai's consumerism crown. It is not only the world's largest mall, but is also next to the world's tallest building, the Burj Khalifa, and houses nearly every brand name on the planet. It's so popular it attracts over a quarter of a million visitors each week. Stores range from big department stores like Bloomingdale's and Debenham's to electronic powerhouses like Sony, Bose and Samsung. There are also places to find home furnishings, floral arrangements, traditional Arabic wear, books and stationary. Attractions include a world-record holding aquarium where you can do things like cage underwater snorkeling and an ice skating rink when you get tried of shopping. The mall also features a number of fast food stops, cafés and restaurant options, including American chains like Chili's and Outback Steakhouse, in addition to Asian fare and traditional Arab options. 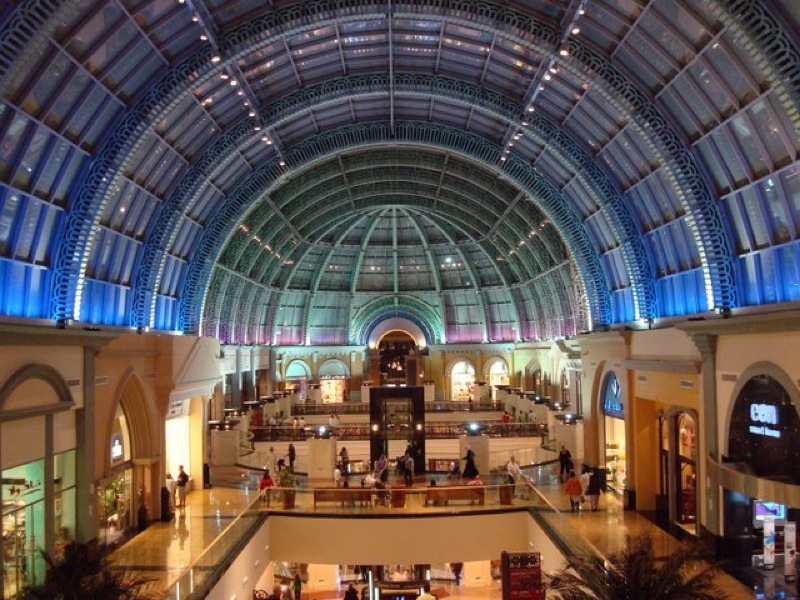 Mall of the Emirates

The Mall of the Emirates is another top shopping destination in Dubai. A new fashion wing has brought several high-end labels into the mall and the near-ridiculous Ski Dubai indoor ski slope is regularly one of the top draws for tourists. Featuring 520 international department, fashion, lifestyle, sports, electronics and home furnishing brands, two of the top draws are the department store Harvey Nichols and Boutique 1. The family leisure offerings also include a Magic Planet entertainment area, a 14-screen multiplex cinema, a five star Kempinski Hotel, The Pullman Dubai Hotel, the Mall's 500-seat DUCTAC community theatre and accompanying arts centre, and over 85 coffee shops and restaurants. With all of these amenities, it would seem you never have to leave. 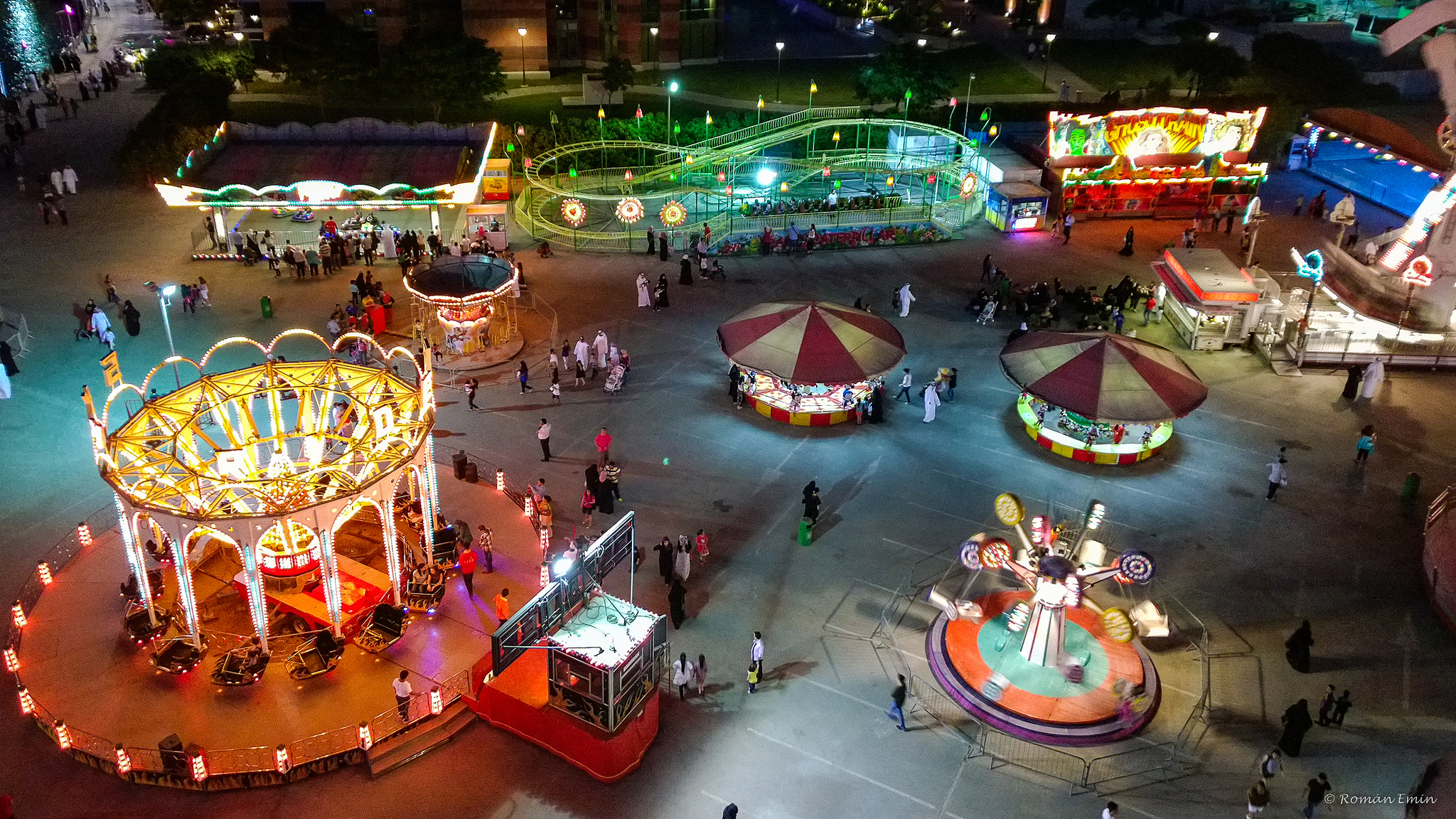 Rising along the banks of the historic Dubai Creek, Festival Centre is Dubai's premier waterfront destination for style and sophistication, showcasing an exciting selection of prestigious retailers, international food and beverage outlets and world-class entertainment, including a 12-screen Grand Cinemas complex and bowling center. The mall features over 400 shops, with 25 flagship stores and over 90 cafes, restaurants and bistros. One of the mall's biggest draws is one of the biggest IKEAs in the world. Other notable stores include Forever 21, Marks & Spencers, Calvin Klein, Hugo Boss and Lacoste. The mall is also part of the larger Dubai Festival City, which is a 1,300-acre, premier waterfront urban community that has been designed to capture the groundbreaking 21st Century spirit of Dubai. The city even has its own schools, commercial offices and residential living options. Talk about a one-stop shop! 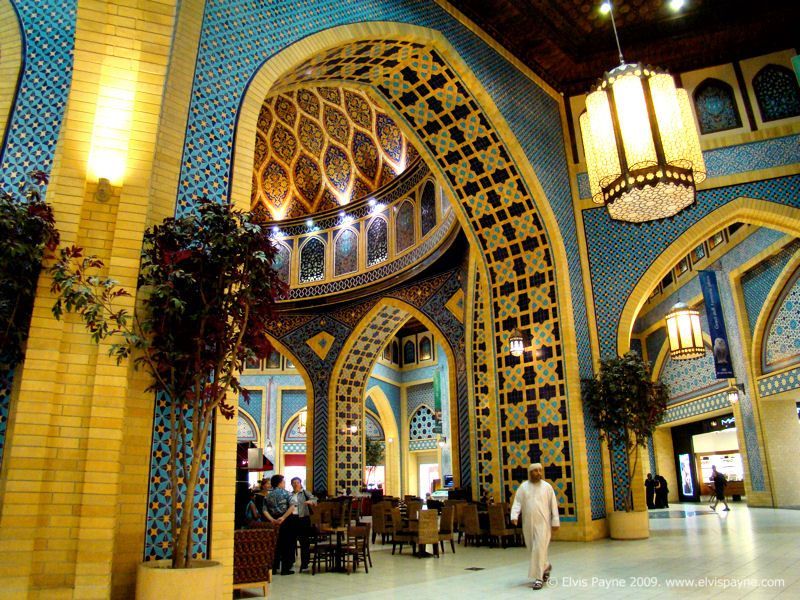 While Ibn Battuta may not be the most convenient of the Dubai's malls, located toward Abu Dhabi, what it lacks in location it makes up for in character. Named after the famed Arabian explorer, this sprawling mall is notable for the various geographical "themes" in its six main courts, allowing you to skip between "China", "India" and "Persia" sans plane. The mall also boasts the only IMAX theatre in the country and offers a 21-screen Cinema Megaplex, located in the China Court. There are two large food courts at both ends in the Andalusia and China sections of the mall, as well as several coffee shops, scattered throughout. The mall also features exhibits of ancient technological inventions, especially from the Middle East, and is home to European favorites Debenham's and Primark.