Living Like Gatsby: A Guide to the Newport Mansions

Jay Gatsby may have lived in Long Island, but the real party was happening in Newport, Rhode Island. During the height of the Victorian and Industrial eras, America’s wealthiest sought to stake their claim on the Newport coastline by erecting elaborate manors that oozed privilege and excess. Long since turned over to the historical societies for preservation, the ornate mansions beside the ocean are some of the biggest draws to Rhode Island.

While there are 10 open for visitors, their hours vary by season. Here are the top five must-see mansions during a relaxing New England summer. 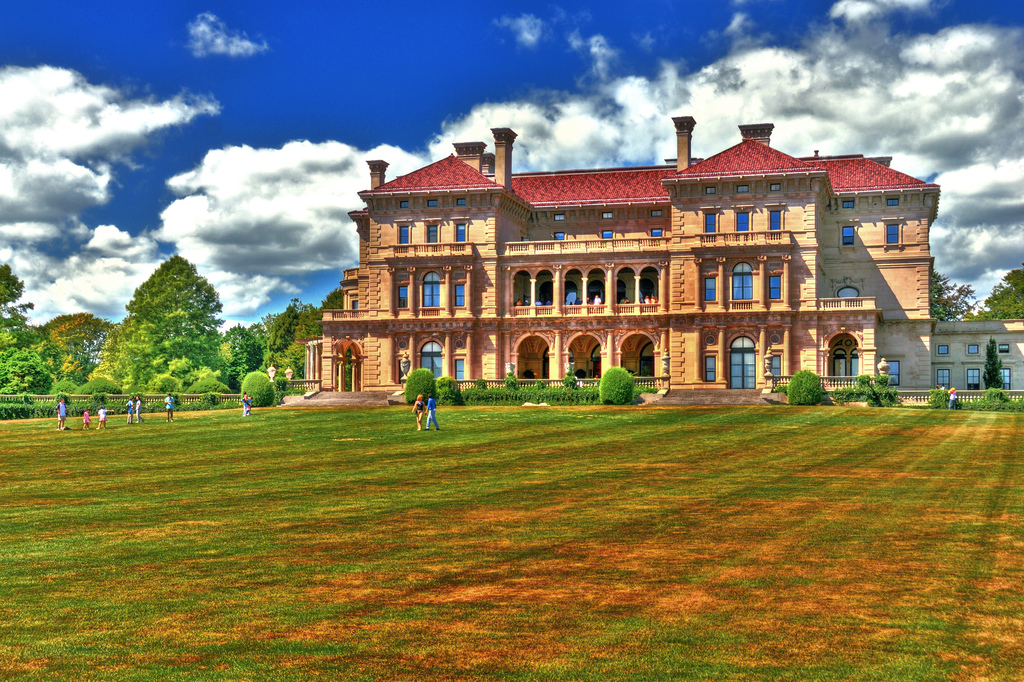 Killer ocean views at The Breakers

Your jaw will drop as you step into the former home of the Vanderbilts. With 70 rooms — many of which were originally built in Europe and shipped to America— the Breakers is the largest and most exquisite of all the Newport mansions. Beautifully appointed, its the bird’s eye view of the ocean that makes it truly spectacular. After you’ve toured the home and the gardens, be sure to visit Newport’s Cliff Walk where you can take photos of the waves crashing along the cliffs. 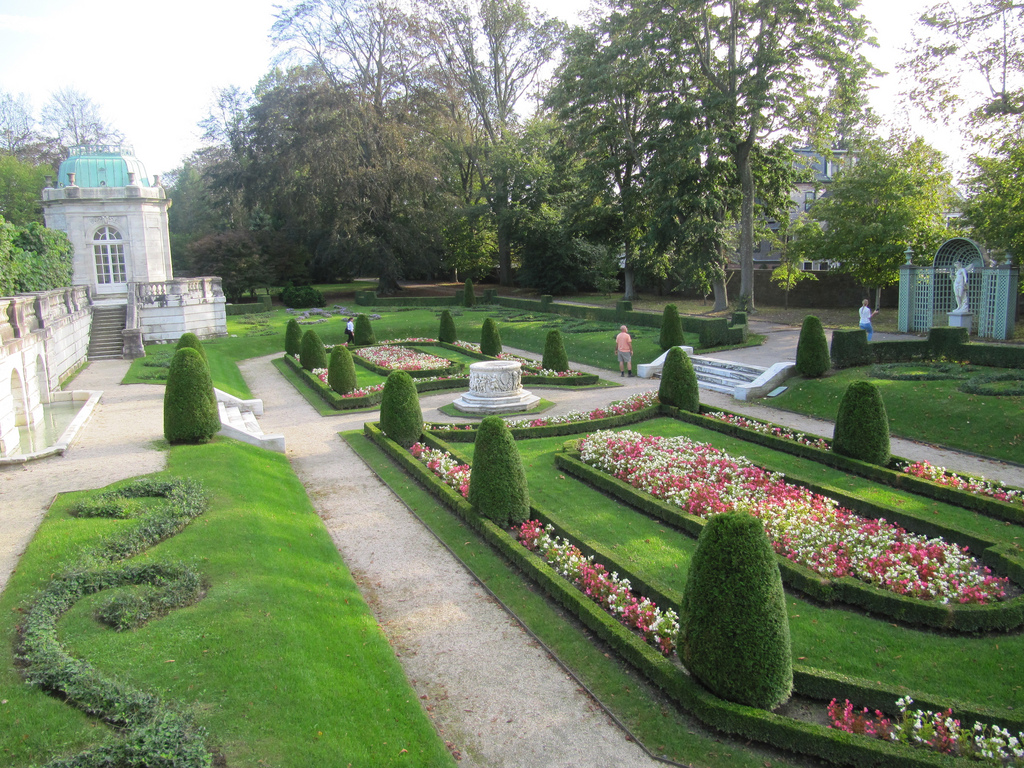 Roam through the gardens at the Elms

After viewing the The Breakers, the classical architecture and “minimalist” interior of The Elms may seem like understated charm. A quick look out one of the windows at the back garden will change that, though. Complete with bronze and marble statues, sunken flower gardens that resemble those at Hampton Court, and exquisite walking paths, it’s clear that the garden was the centerpiece of this impressive homestead. After exploring the flora and fauna, be sure to inquire about the servants tour, where you can get an inside look into the lives of the people who maintained the home and even see some of the rooftop of the mansion. 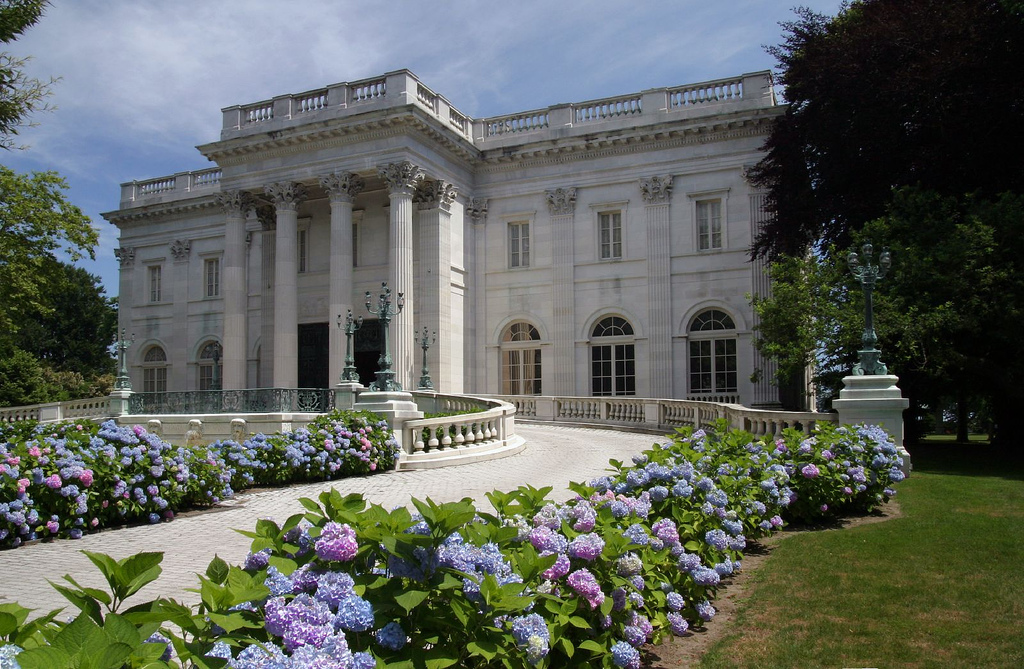 The Vanderbilts adored Newport, but, unfortunately, lacked creativity when it came to naming their homes. Made entirely of, yes, marble and inspired by the Petit Trianon at Versailles, the Marble House was considered by the press as the "most opulent house in America” when it was completed in 1892. The Gothic Room, designed by original architect Richard Morris Hunt to house Alva Vanderbilt's extensive collection of Medieval and Renaissance art objects, is one of the house's highlights. The room appropriately features Gothic arches, several brightly colored stained glass windows and and an elaborate ribbed ceiling done in the Gothic motif. 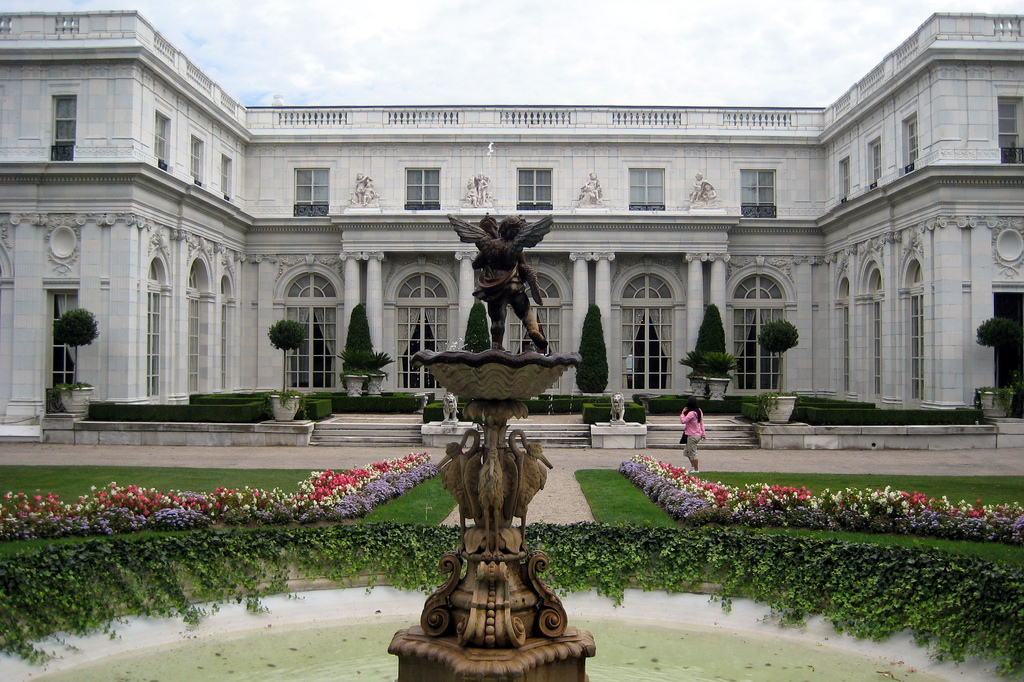 You know you’ve designed an exquisite home when several films opt to use it as a backdrop. From the 1974 adaptation of The Great Gatsby to the more recent 27 Dresses, the Rosecliff is certainly no stranger to Hollywood, something silver heiress “Tessie” Fair Oelrichs would undoubtedly be proud to hear. Costing $2.5 million to build way back in 1902, it is also one of the most expensive homes on the Newport coastline. 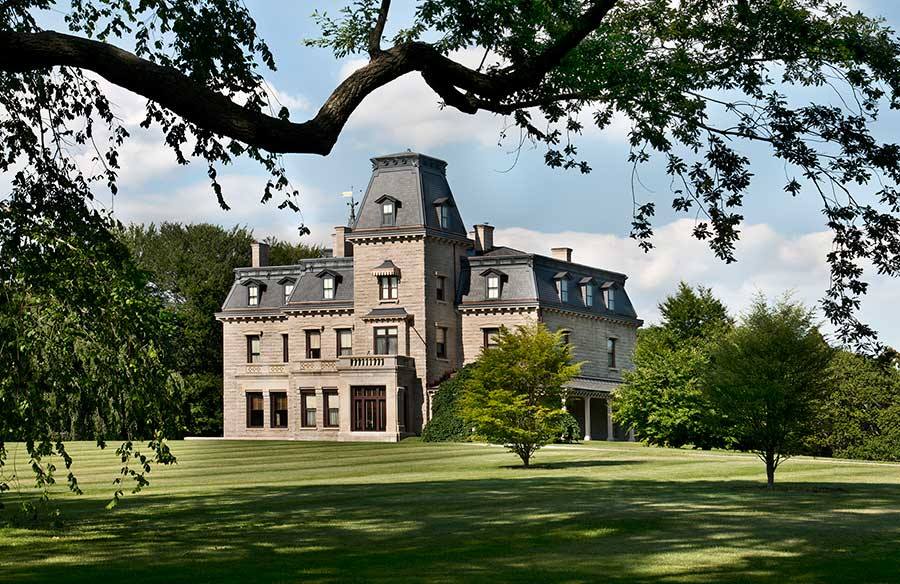 Discover the one that inspired them all at Chateau-ser-mer

Before the Vanderbilts stepped up to the plate, Chateau-ser-Mer was the crown jewel of Rhode Island. Its traditional Victorian architecture and decorating are a far cry from the excessive tastes of the Industrialists, but without it America’s elite would never have discovered the magic of Newport. Known for the killer parties and decadent gatherings frequently held there, Chateau-Sur-Mer practically invented the New England summer escape.

Pending seasonal closures, all five of these mansions can be visited with one ticket from the Newport Preservation Society.