The Best Game of Thrones Locations You Can Actually Visit

Since it's premier in 2011, cult medieval fantasy show, Game of Thrones, has been enthralling viewers with twisty tales of royal power struggles, backstabbing and a seemingly endless cast of characters. Now back for Season 7, the ratings juggernaut brings with it new storylines and locations to explore. From Ireland to Spain, Game of Thrones has long given fans a wide variety of settings to compliment the intricate and elaborate interweaving plots. If you can't get your fill of the drama on the silver screen, try taking the addiction to the next level to see some of the filming locations in real life.

Read on to learn about the most accessible places to get your Game of Thrones fan boy fix. Jon Snow approved. 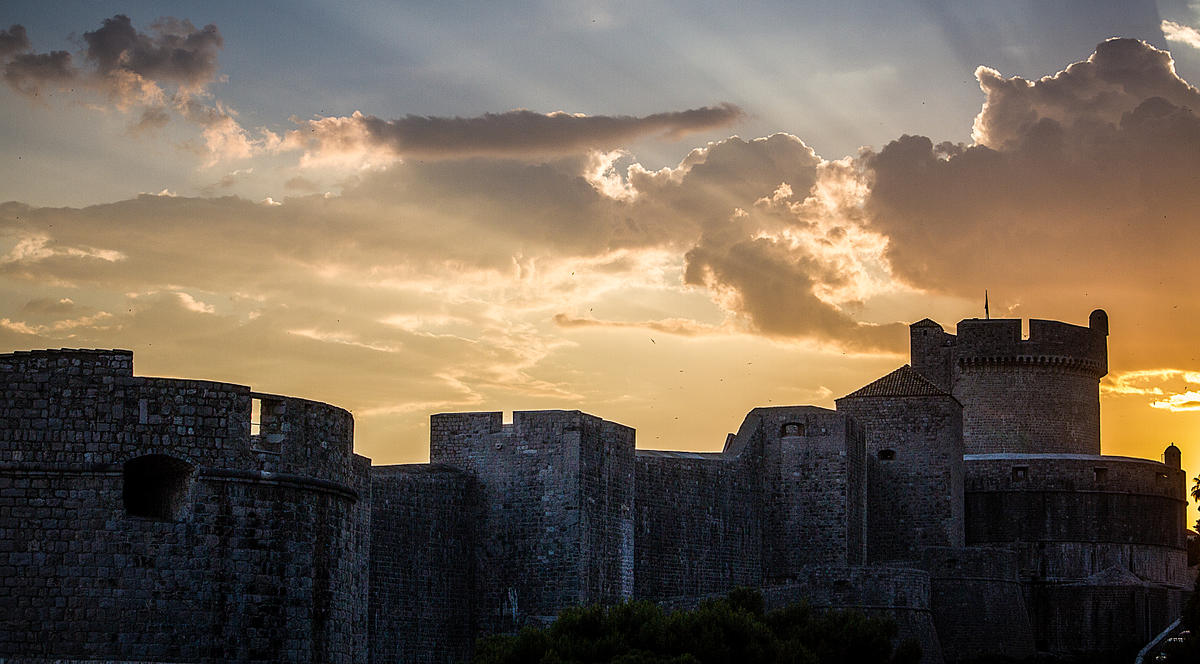 The Scene: In Season 2, Episode 8, Tyrion and Varys walk along the walls as they plan to defend King's Landing against Stannis Baratheon.

The Reality: Dubrovnik is one of Europe’s most well-preserved medieval cities and a UNESCO World Heritage Site. The walls provide stunning views of both the old town and the harbor.

How to Get There and When: Located in the center of Dubrovnik along the Adriatic Sea, The city walls are easy to find. Be sure to visit about an hour before they close for the best tourist-free photos. April-May or late August-October are shoulder seasons and boast stunning sunsets. 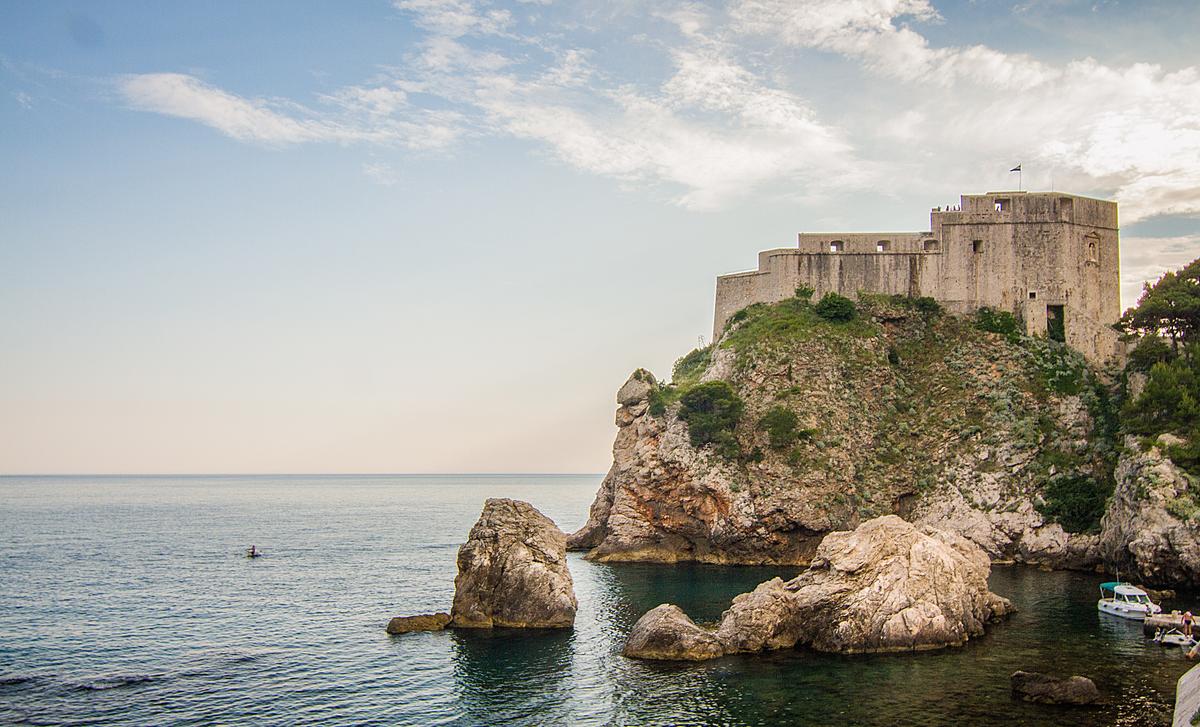 The Scene: In Season 2, Episode 1, we see a celebration of King Joffrey's name day. Here he proclaims the drunken knight Ser Dontos the court jester. We also see the return of Tyrion to Kings Landing as the Hand of the King.

The Reality: Long before it was the Red Keep, Lovrijenac Fortress was an 11th century fortress, which acted as the primary defense system for western Dubrovnik. Dated back between 1018 and 1038, in addition to appearing in several GOT scenes, it also hosts one of the world’s most impressive productions of Hamlet.

How to Get There and When: The low seasons include April-May or late August-October. If you arrive between June 21 - and July 7, 2016 you can also catch the featured Shakespeare production, Hamlet. 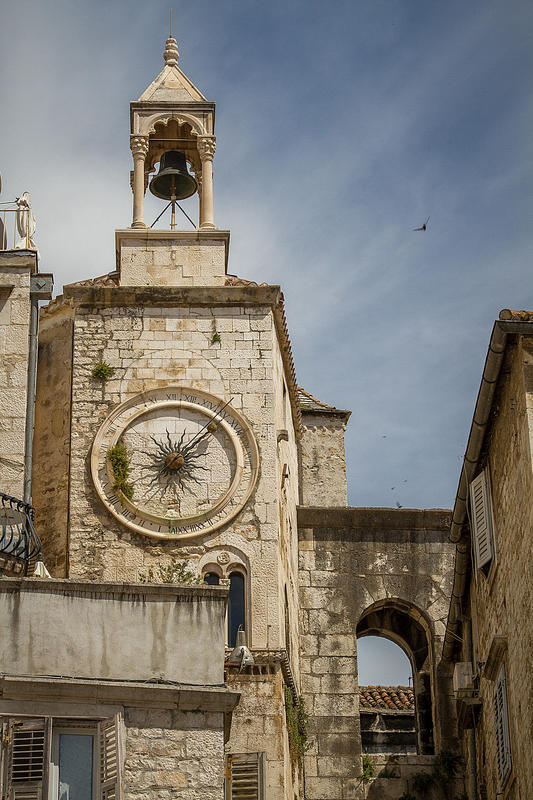 The Scene: Introduced in Season 2, Almost every scene of Meereen was shot here, including Daenerys’ throne room and cityscape.

The Reality: Split is largely a port town with several major cruise ships docking weekly. The main attraction, Diocletian's Palace, was built by the Roman emperor in the 4th century. It's also known for it's stunning white stones, which make up a sizable portion of the city center.

How to Get There and When: About four hours south of Zagreb or three hours north of Dubrovnik by car, Split is also easily accessible by water via ferries from one of the neighboring Adriatic islands. The best time to come is during the low season of April-May or late August-October. 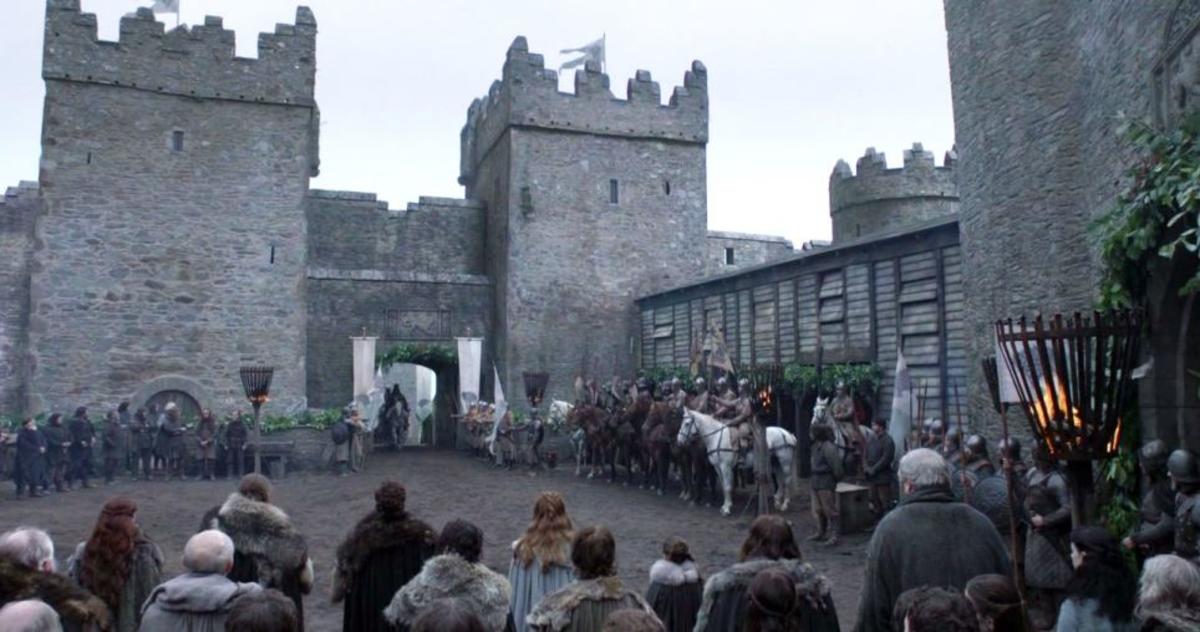 The Scene: One of Game of Thrones most prominent locations, several scenes have been shot here including the arrival of King Robert to the north, the Whispering Woods, Rob Stark's camp, and the invasions of Theon Greyjoy and Ramsey Snow. You may know it better as Winterfell.

The Reality: Castle Ward overlooks the incredible islet of Strangford Lough. The main house features both gothic and classical styles of architecture, which is unique to Northern Ireland.

How to Get There and When: About a hour drive south of Belfast, Castle Ward is best visited during March-April, or October. 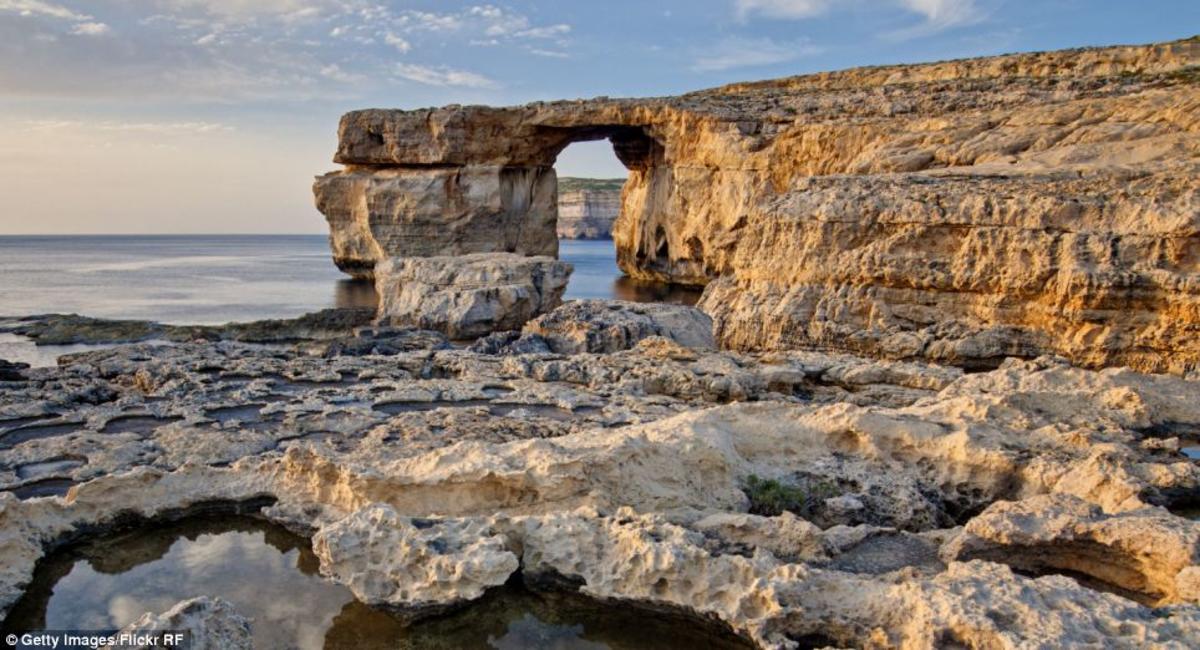 The Scene: Daenerys and Drogo's wedding, this is also where we're introduced to Ser Jorah in Season 1.

The Reality: Located on the small Maltese island of Gozo, the azure window has long been immortalized in pop culture. Appearing in Game of Thrones, Clash of the Titans (1981), and the Count of Monte Cristo (2002), unfortunately, the arch has started deteriorated from both natural erosion and tourists. See it while you can as it may not be around for much longer.

How to Get There and When: Situated near Dwejra Bay, a tourist village, and the Inland Sea, the waters around the arch are a popular swimming spot. The Blue Hole is a popular diving site nearby that's best explored during late May or early June. 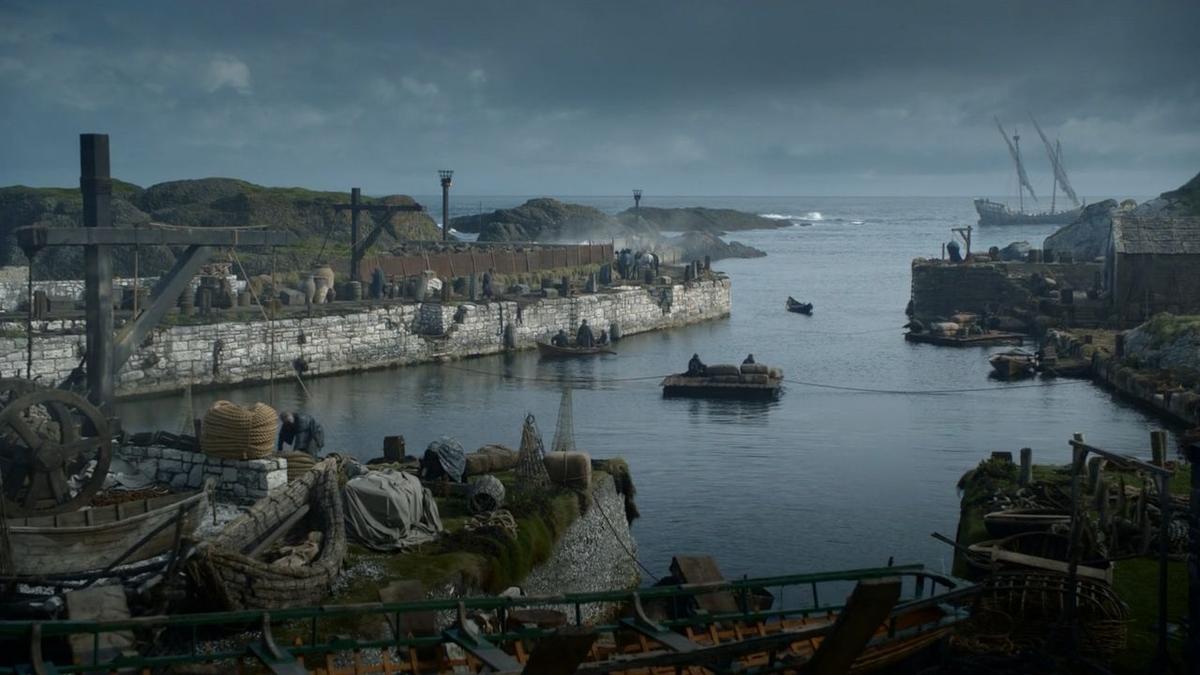 The Scene: We first see Ballintoy Harbour as Pyke Castle in Game of Thrones Season 2, Episode 2, this is where Rob Stark sends Theon Greyjoy back to his birth home. Upon arrival, he meets who he will later discover is his sister Yara. Much of the Iron Islands scenes are also shot here as the rough seas and gloomy skies add to the drama of George RR Martin's vision.

The Reality: Ballintoy Harbour is a small fishing harbor in the beautiful little town of Ballintoy.

How to Get There and When: About 90 minutes north of Belfast, be sure to visit during low tide to truly see the “Iron Islands.”

The Scene: Home of the Free folk and North of the Wall, this entire area is used as the camp of Mance Rayder.

The Reality: Lake Myvatn is a beautiful 2300 year old lake in northern Iceland. A popular with nature lovers, the area gets a massive influx of birds in the summer months. Not far away are other landmarks such as Thingvellir National Park, Thjorsárdalur valley and the Myvatn Nature Baths.

How to Get There and When: It’s best to book one of many Game of Thrones tours from Reykjavik. You’ll likely have to fly to Akureyri and then take a bus or car. April-May and September through October are the best times to visit, but check the weather as Iceland is notoriously cold. Roads are usually closed after September in the hinterlands if you decide to venture off. 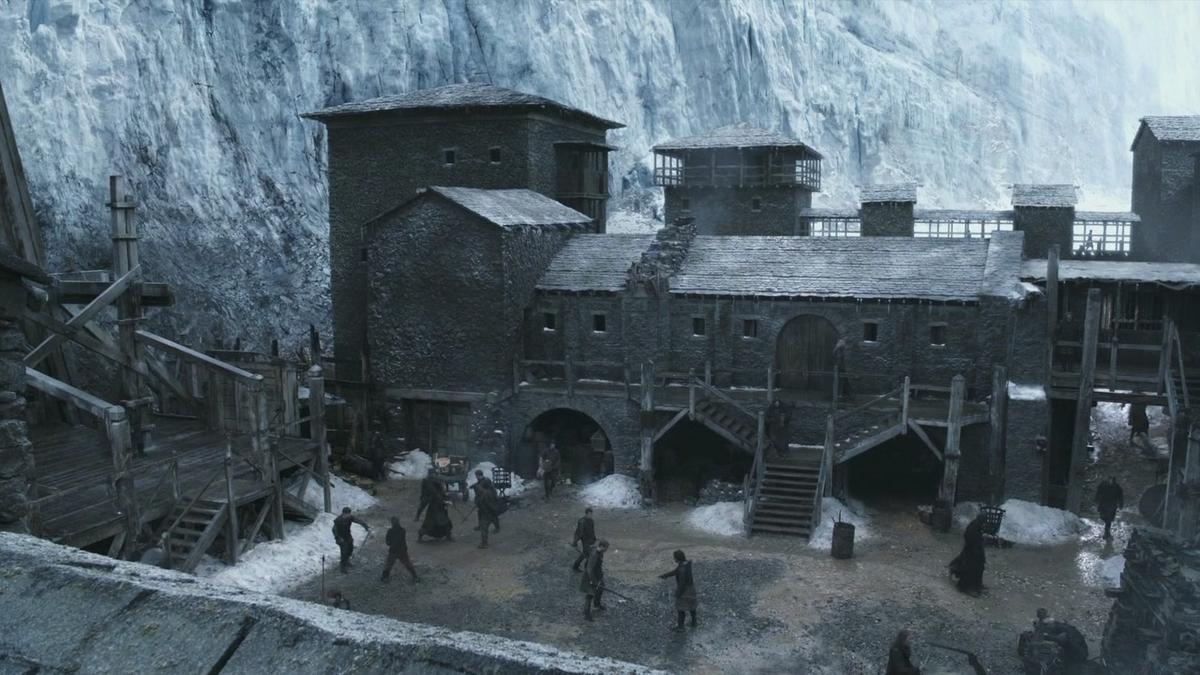 The Scene: This is the backdrop to Castle Black and Hardhome, and also where the sets are built.

The Reality: Magheramorne is a small hamlet of about 75 people that's home to an old stone quarry. The cement plant closed in 1980, and the quarry now acts primarily as the set for Game of Thrones. It’s been proposed to turn it into a World Cycling Centre and the All-Ireland Scuba Diving Centre.

How to Get There and When: About 35 minutes north of Belfast, Magheramorne best visited March-April or in October.

The Scene: We first see Alcázar of Seville as Dorne, and more specifically the Water Gardens frequented by Prince Doran Martell.

The Reality: This outstanding example of mudéjar architecture shows the impact the Moors had on Europe. Built by Morrish Kings in the 1300s, it's the oldest palace still in use in Europe by a royal family. It's a designateed UNESCO World Heritage Site and open to visitors.


How to Get There and When: Getting to Alcázar of Seville is relatively easy. Check out their website for information on hours and cost. Visiting during the shoulder seasons of March-May and late August-October is recommended to avoid the crowds.