Beyond the Beaches: Experience the Natural Wonders of Mauritius

Mauritius is not a large island, (relatively the size of Luxemburg and twice the size of Hong Kong, for comparison), but what they lack in landmass they make up for in beauty. This little country is there is teeming with natural treasures to behold and thanks to its small size, it’s easy to see all these wonders on one trip. What are you waiting for? Rent a car and get to exploring! 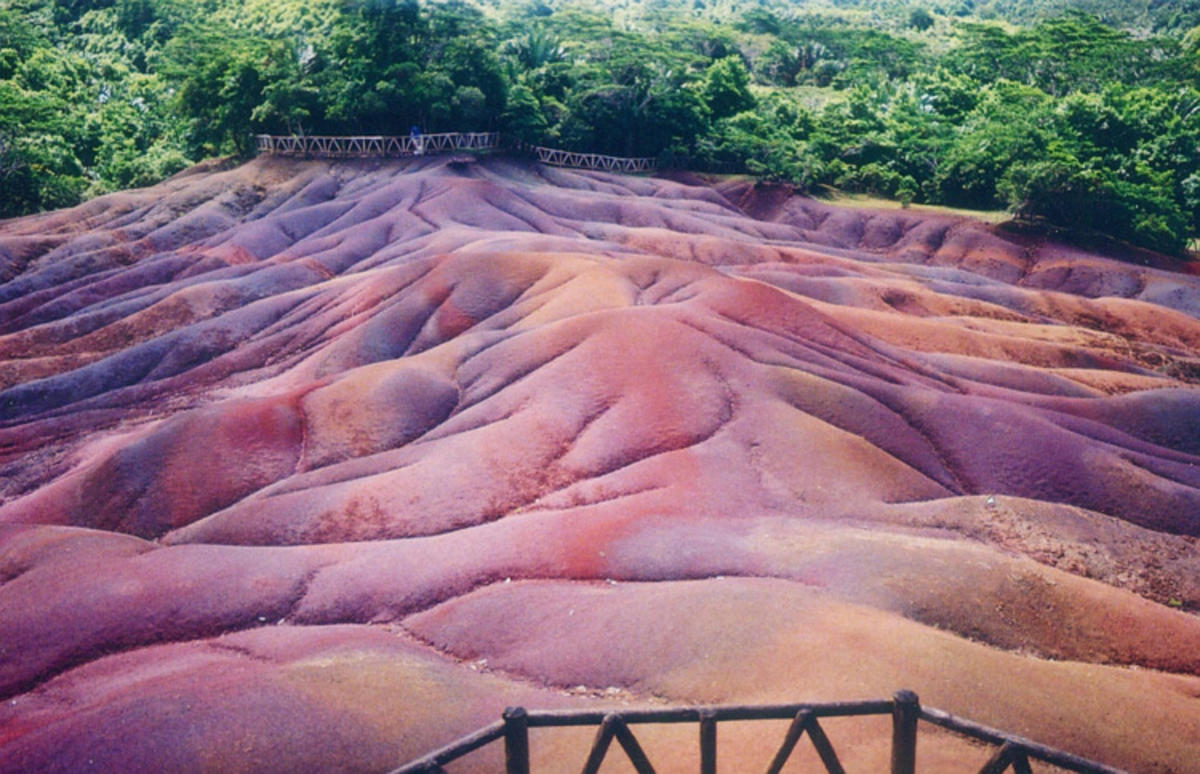 The Seven-Coloured Earths of Chamarel

Chamarel looks like sand art brought to life. Over the years, dramatic tropical storms carved layers of visible art into the volcanic rock. The rainbow-colored dunes are the result of cooled molten lava that has swirled and settled in surreal patterns that are estimated to be 3.5 to 7 million years old. Like the ever-changing clouds in the sky, squint your eyes and see what patterns and shapes you can make out in the brilliant purples, blues, and reds. 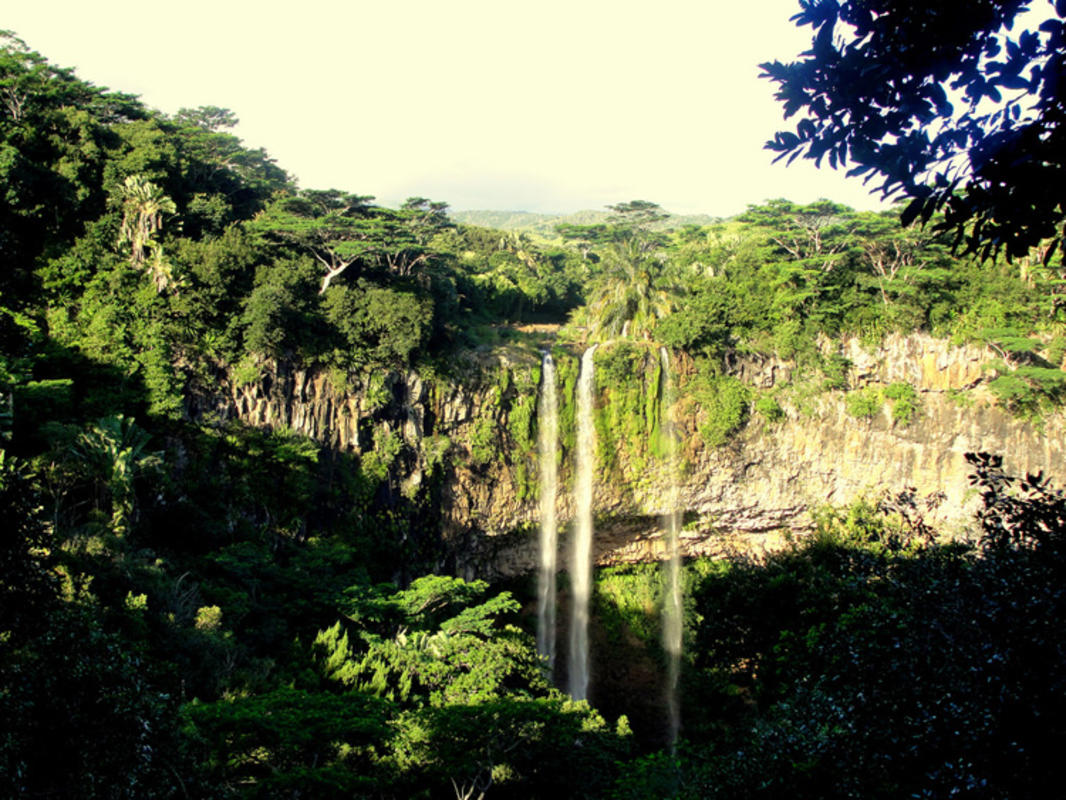 Located on the River du Cap in the Rivière Noire District of the village of Chamarel, Chamarel Falls is close to the Seven-Coloured Earths and less than one mile from town. You can feel the spray of the towering 300+ foot waterfall by gazing at it from the shore, but for the real adrenaline junkies, the way to see it is by abseiling. Essentially rappelling yourself down the slippery rocks, it’s a complete rush as water cascades down around you. 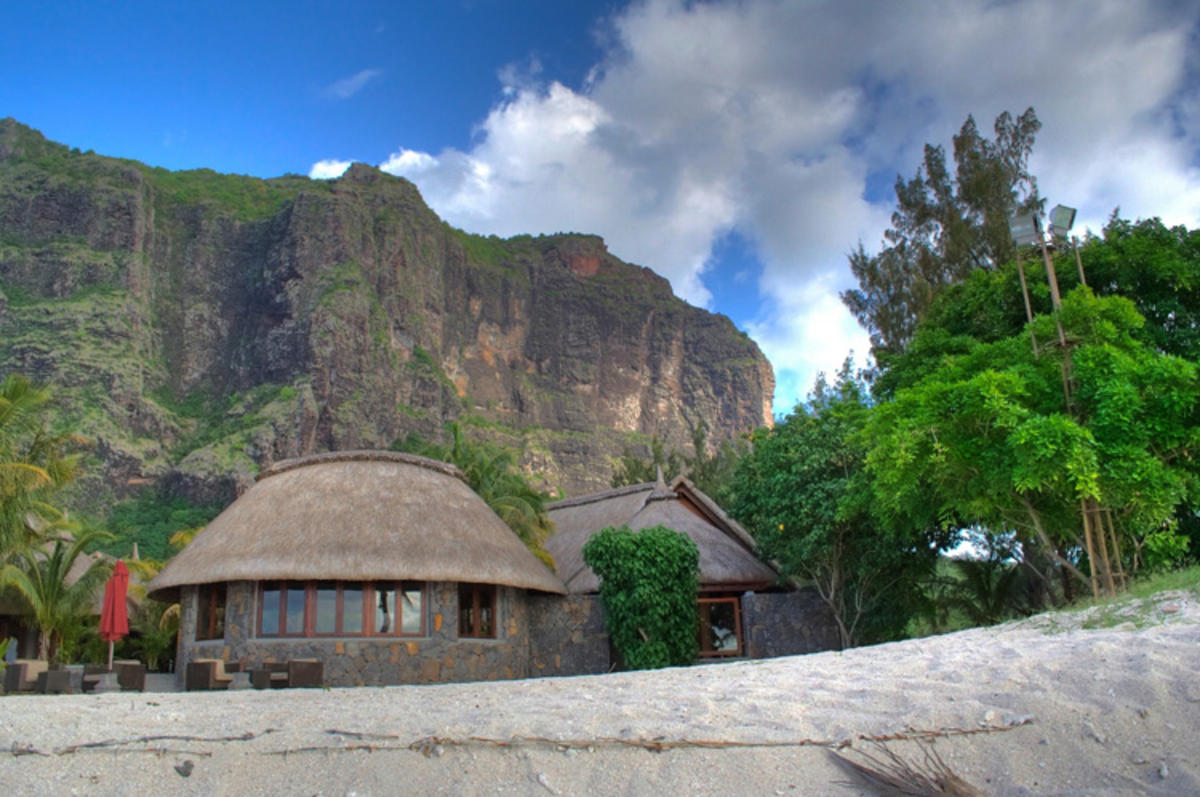 Le Morne Brabant is a peninsula at the extreme southwestern tip of Mauritius on the windward side of the island. Named a UNESCO World Heritage Site in 2008, its focal point is a gigantic basaltic monolith that towers above sea level. Once used as a hideaway for slaves, the Le Morne Mountain is symbolic of their fight for freedom. The area is an important historical and cultural landmark as much as an incredible natural wonder. 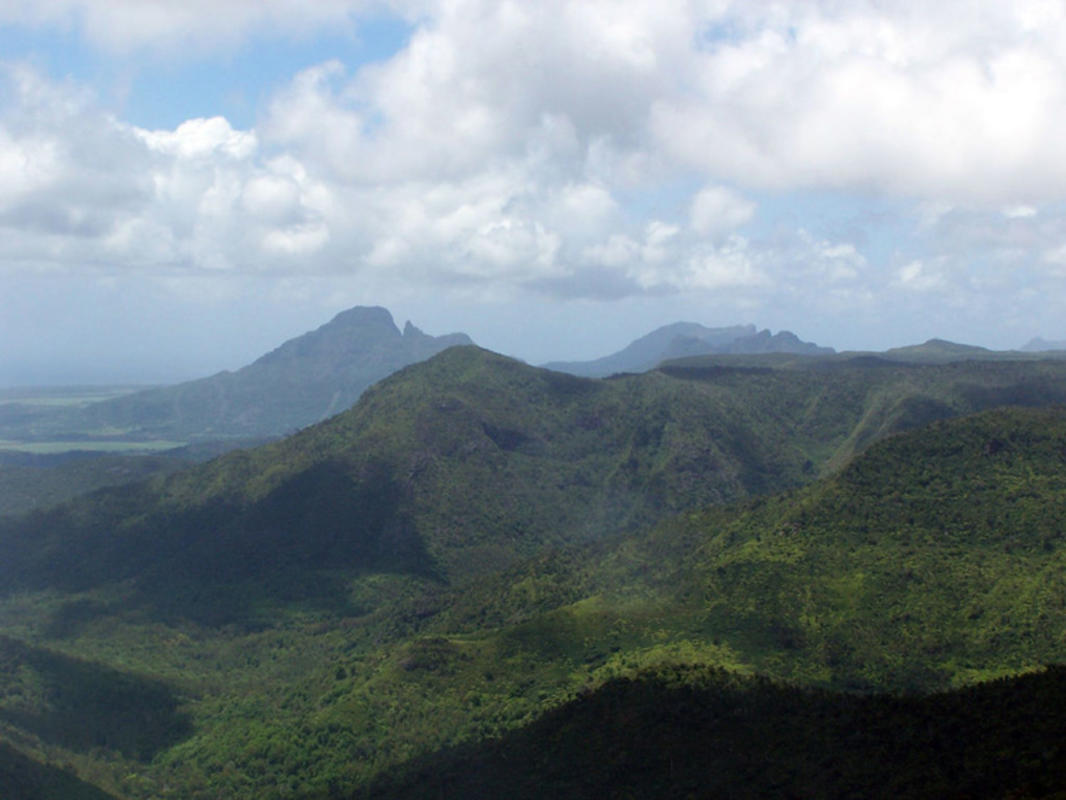 A hilly national park that encompasses over 40 miles and approximately 2% of the island, Black River Gorges protects most of the island's remaining rainforest. It’s a place to see over 300 endemic plant species and unique, endangered wildlife like the Mauritian flying fox, fruit bats, wild boar, macaque monkeys, and the pink pigeon. There are tons of trails to hike so you could spend anywhere from a few hours to all-day getting to know the natives. 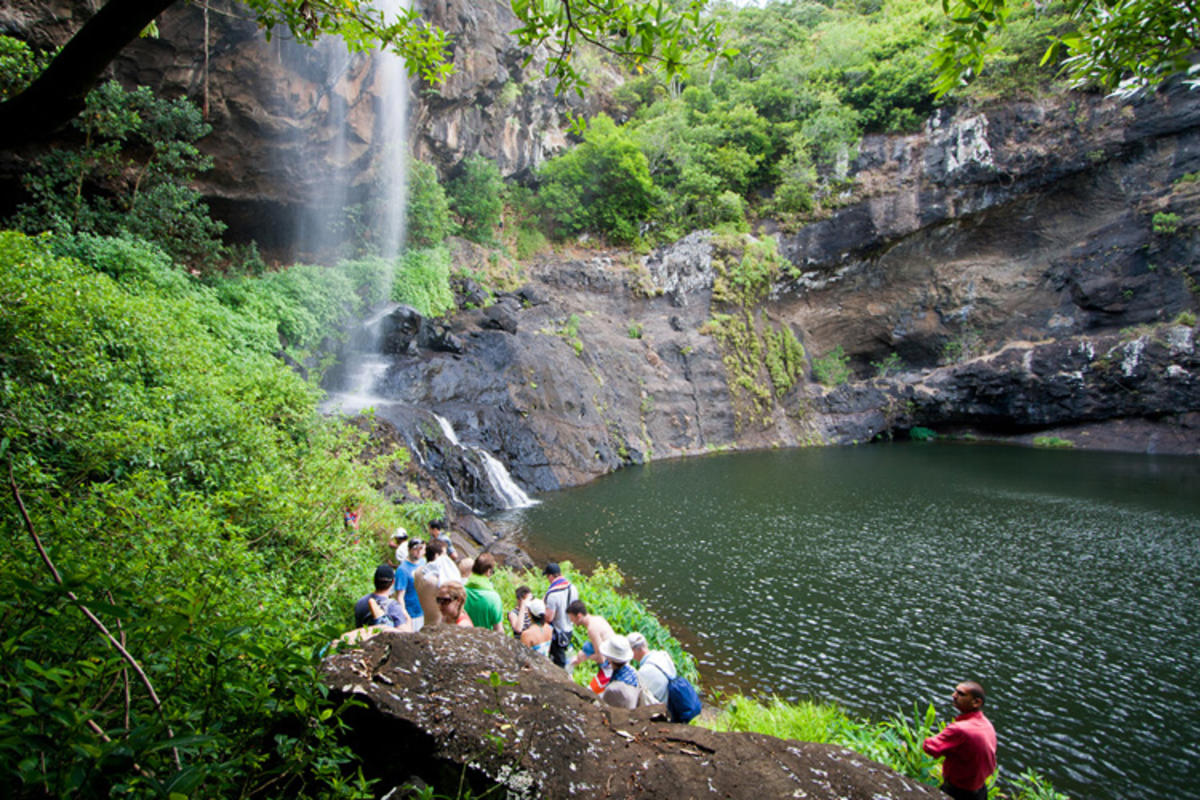 The Tamarind Falls are a series of seven cataracts and 11 waterfalls found on the Rivière Tamarin. Located inside a canyon 1.2 miles northwest of Lake Mare aux Vacoas, it takes a bit of a trek to get there and can involve canyoneering off the waterfall should you be feeling adventurous. The rocky hike is worth the effort though as it’s undoubtedly one of the most beautiful places in Mauritius. 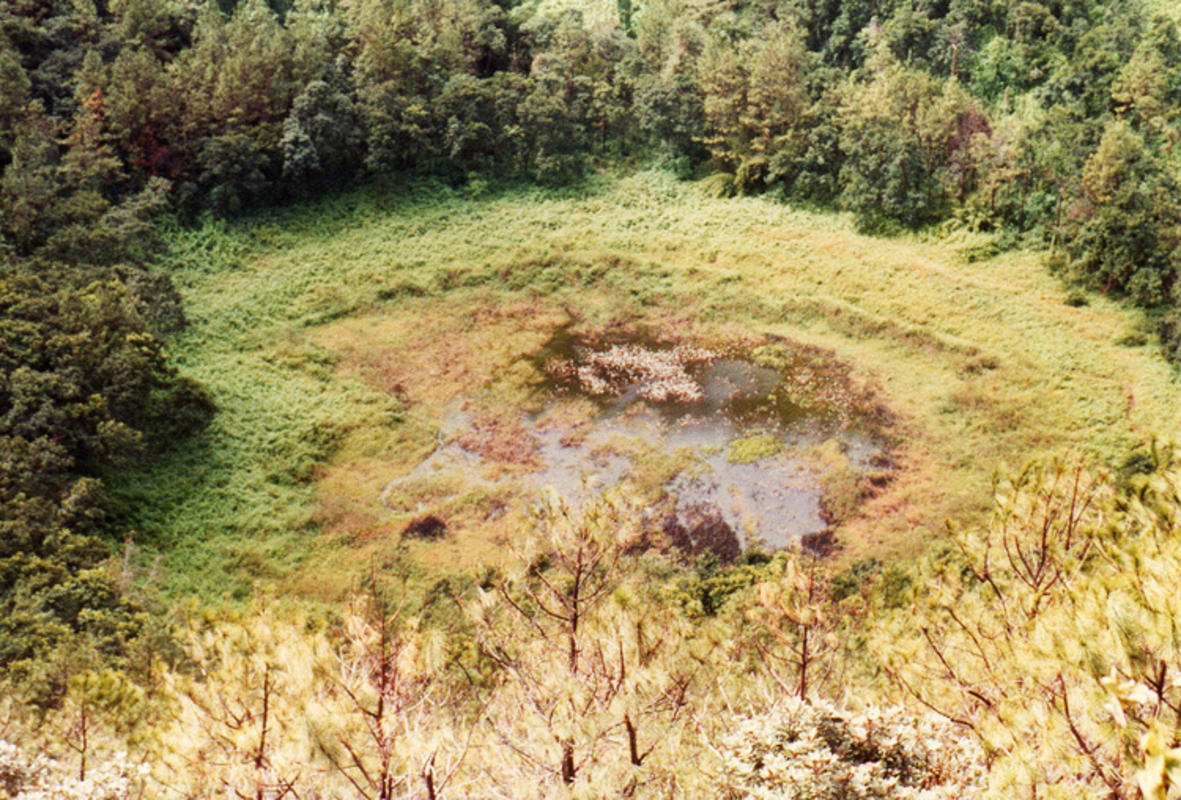 While the entire island is technically volcanic, Trou aux Cerfs is one of the most impressive sites. The dormant volcano has a well-defined cone and crater, which offers 360-degree views of the nearby town of Curepipe and the coastline. The bowl is a favorite spot for joggers and walkers to get their bearings and offers quite the breathtaking backdrop.