K2, the Second Highest Peak, is Even More Harrowing Than Everest

The highest point on Earth and the "throat of the world," Mt. Everest is iconic. Many adventurers have been inspired to pack their crampons and ice picks in hopes of summiting the mother mountain. At over 29,029 ft., Mt. Everest is the towering giant amongst its brothers and sisters. However, there is one mountain tucked out of view that earns even more respect and caution amongst the climbing community. 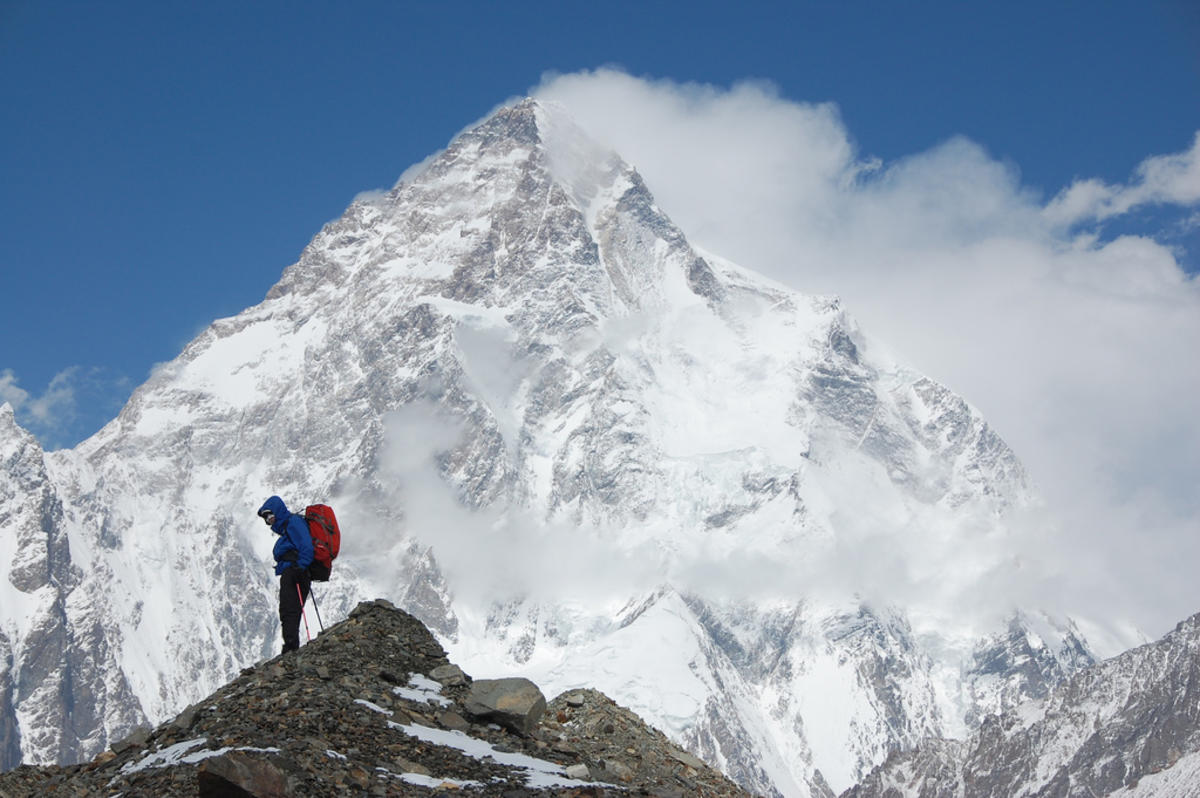 Meet K2, the second-highest mountain in the world. Summiting Mt. Everest is an incredible accomplishment, but the feat has significantly diminished as it's become accessible to the masses with tourist infrastructure. K2 is a much more technical climb that requires significant mountaineering experience. It's jagged cliffs are difficult to navigate. Campsites narrowly hang off steep cliff sides. The conditions are unforgiving with frequent avalanches. Teamwork is vital for success, but that does not necessarily mean summiting. Success on K2 merely means making it home alive. With that in mind, here are some things you should know about the mountain and journey. 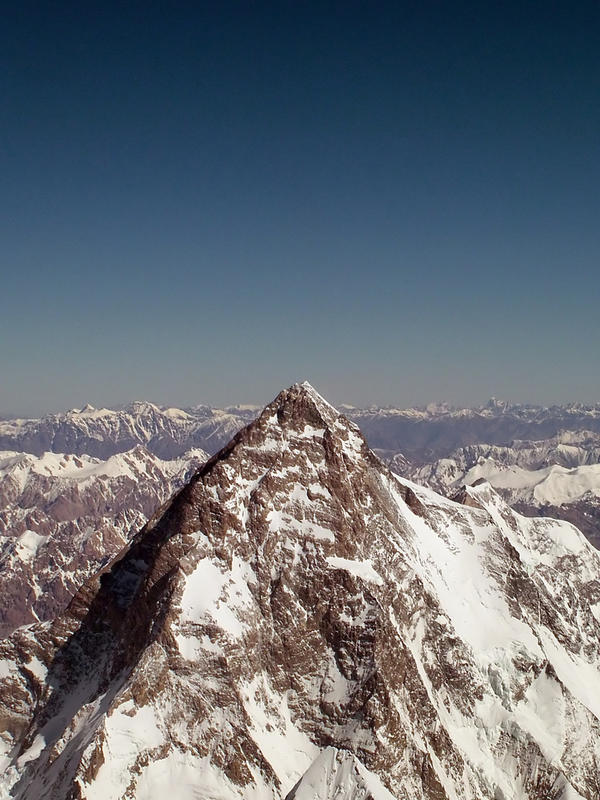 K2 was named during the Great Trigonometric Survey of British India when expedition leaders were sent out to calculate it's height. K2 was it's positioning marked on the map. Normally the British would use the original name given by the locals, but this mountain was so remote and so isolated it had no name -- and K2 stuck. 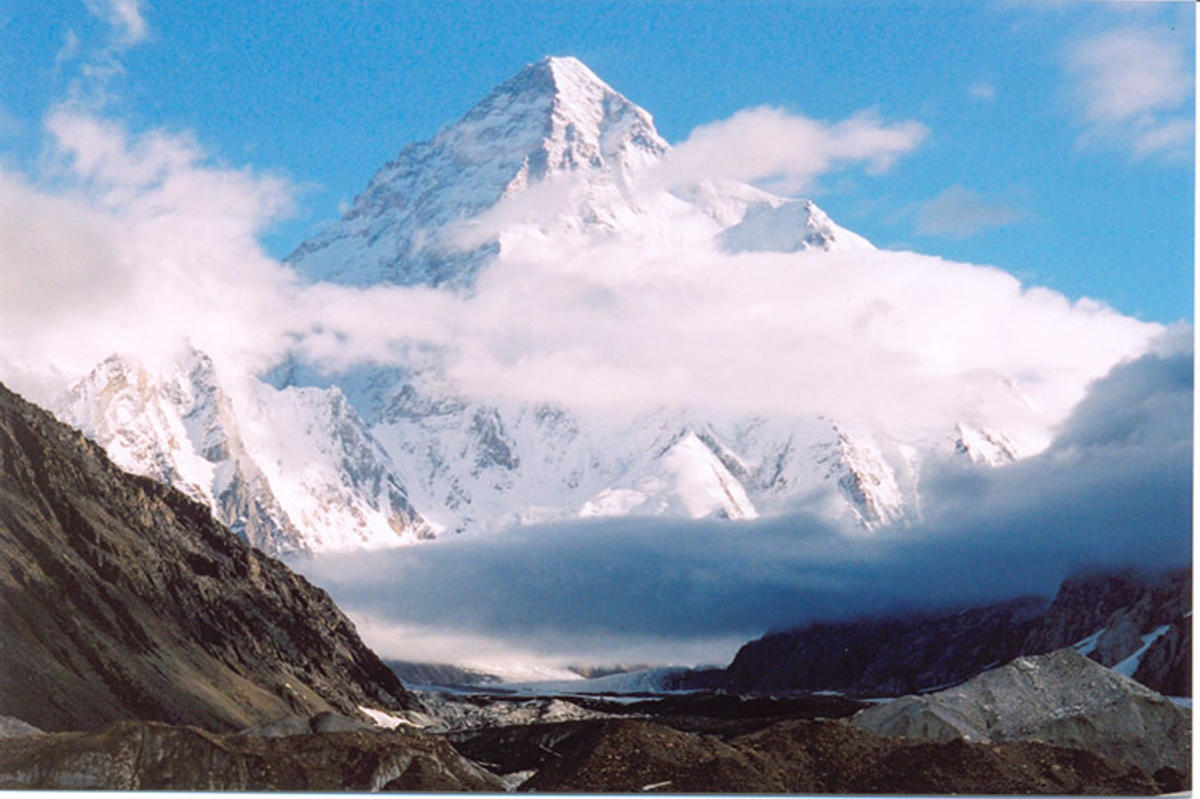 The journey to K2 usually begins through Pakistan. Traveling to the base camp typically takes 12-14 days and is adventurous in its own right, driving on narrow, winding roads with high drop-offs. The first stop is Askole, a place to acclimate and let your body get used to the altitude. When you're ready to continue, you'll drive through the spectacular Karakoram Glacier. The final stop, Concordia, is equally breathtaking. The Himalayas are visibly exposed and their imposing scale can be wholly appreciated. K2 can be seen in the distance and is roughly a 5-6-hour hike. You'll be able to tell right away if you're cut out for the challenge. It's not uncommon to remain at the base camp for a few days to allow your body to adjust to the extreme elevation and thin air. 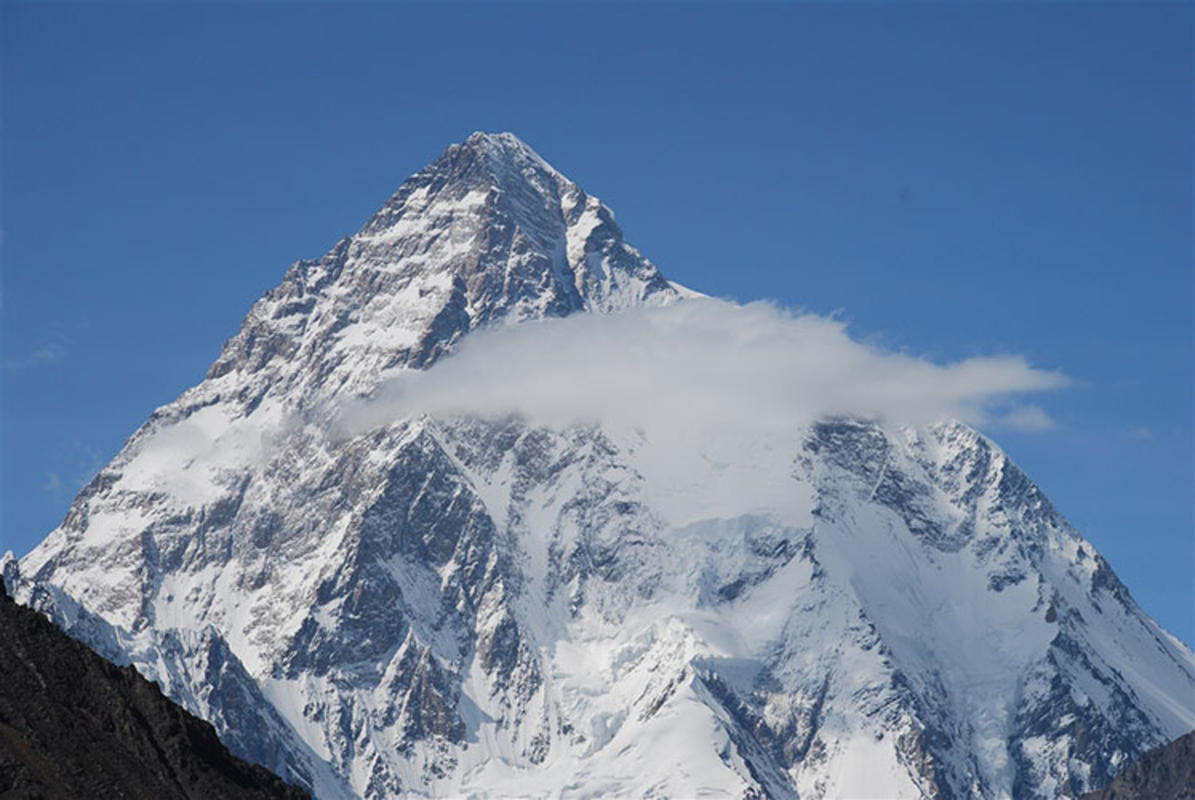 K2 extends 28,251 ft. into the clouds. The most common route is called Abruzzi Spur, upon which 75% of hikers choose to ascend. Yo-yoing up and down the mountain, you'll find four campsites along the route. Your progression is essentially a waiting game left to the elements as favorable conditions are almost completely random. Avalanches are common, climbing routes can be compromised, cornices collapse, and 100 km/h winds are all very real possibilities. The mountain decides when and if it wants you to succeed. There is no conquering a mountain, especially not one like K2. However, if fortune strikes and the narrow openings are safe for passage, go swiftly because opportunities are rare. Whether or not you get to summit, reflect on the significance of hiking such a formidable force and admire the staggering heights and omnipresent views.