Over human history, we’ve built some pretty impressive structures - incredible cathedrals, monstrous capitals, castles, theaters, stadiums… But our deeply-meditated architecture pales in comparison to some of the Earth’s own, naturally formed wonders. Beneath our feet, sometimes very deep below the surface, wending labyrinths of caves spiderweb the land. On every continent, no matter where you travel to, you are sure to find a cave.

Despite their extensive presence, only a small portion of caves have been explored by humans. Some are simply inaccessible, others incredibly difficult to find. But with every passing year, they become more accessible to tourists via the installation of lights, walkways, and guided tours. Some are magnificent to behold for of their immense size - some are famous for their wondrous, and strange characteristics. Here are some of our favorite places to explore beneath the Earth's surface. 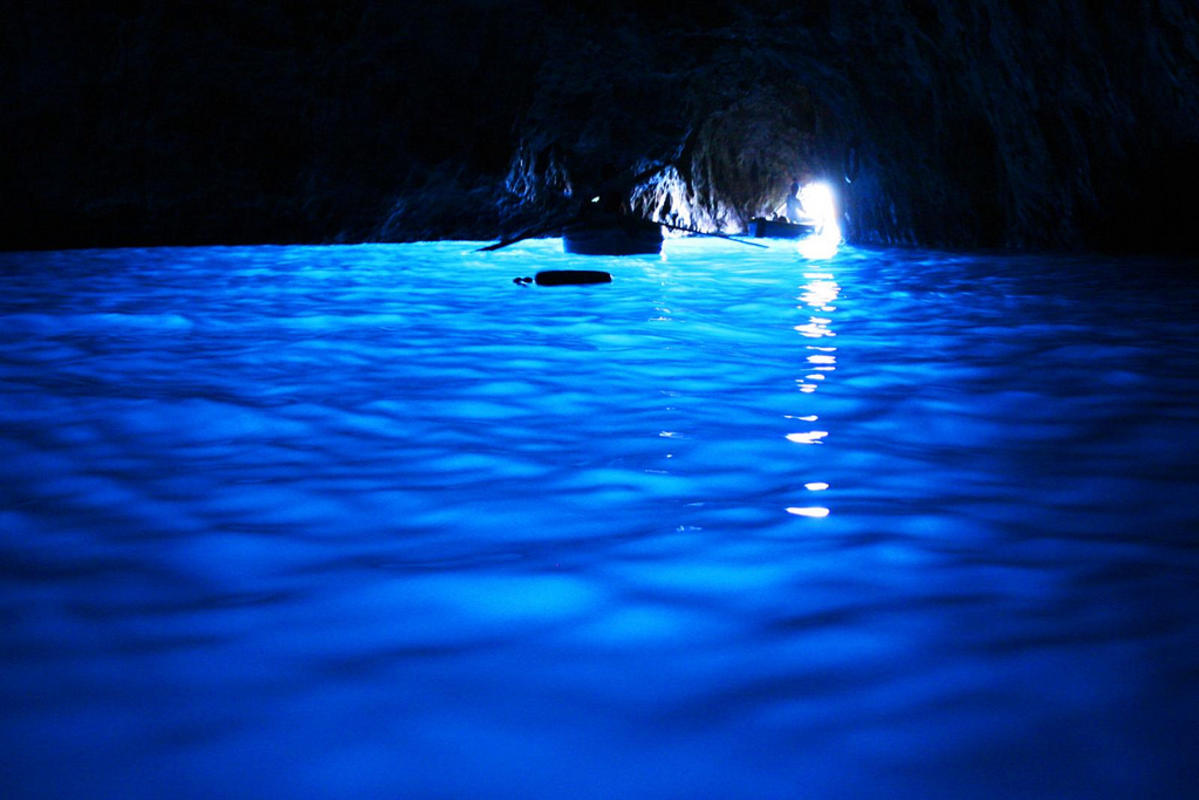 In southern Italy on the island of Capri, there lies a sea cave that has been regarded for centuries as both a spiritual and mystical place. Time it right and sunlight percolates through the blue sea, brightly illuminating the electric blue surface and sending sapphire reflections shimmering up and down the rock walls.

In the time of the Romans, this magnificent blue-light cave, served as the personal swimming hole of Emperor Tiberius, and also as a marine temple. It was once adorned with statues of Neptune and Triton, and had carved resting areas around the pool. The Blue Grotto is historically rich and utterly magical. 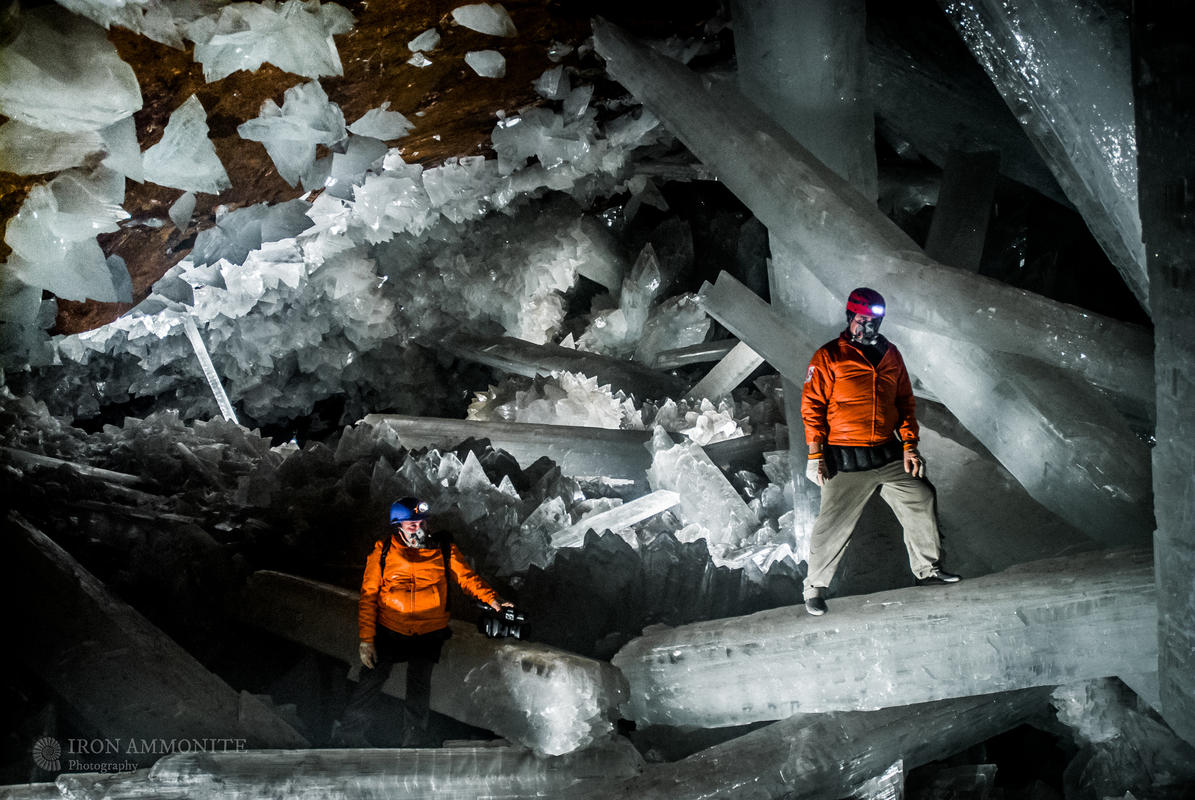 If you were to go caving on an extraterrestrial planet, you’d probably find something that looks like the Cave of Crystals in Mexico. This underground chamber is filled with enormous selenite crystalline structures that make men look like insects in size. When walking through, flashlight beams flicker, reflect, and sparkle across the glistening crystal giants.

About 1000 ft. beneath the surface of the Earth, this cave is swelteringly hot (about 136-degrees F), and exceedingly humid - so don’t expect to stay there for long. And definitely don’t touch the puddles of scorching mineral water. This cave is stranger than fiction and is totally within the realm of destination possibility if you go with a knowledgeable guide like Tourism On The Edge. 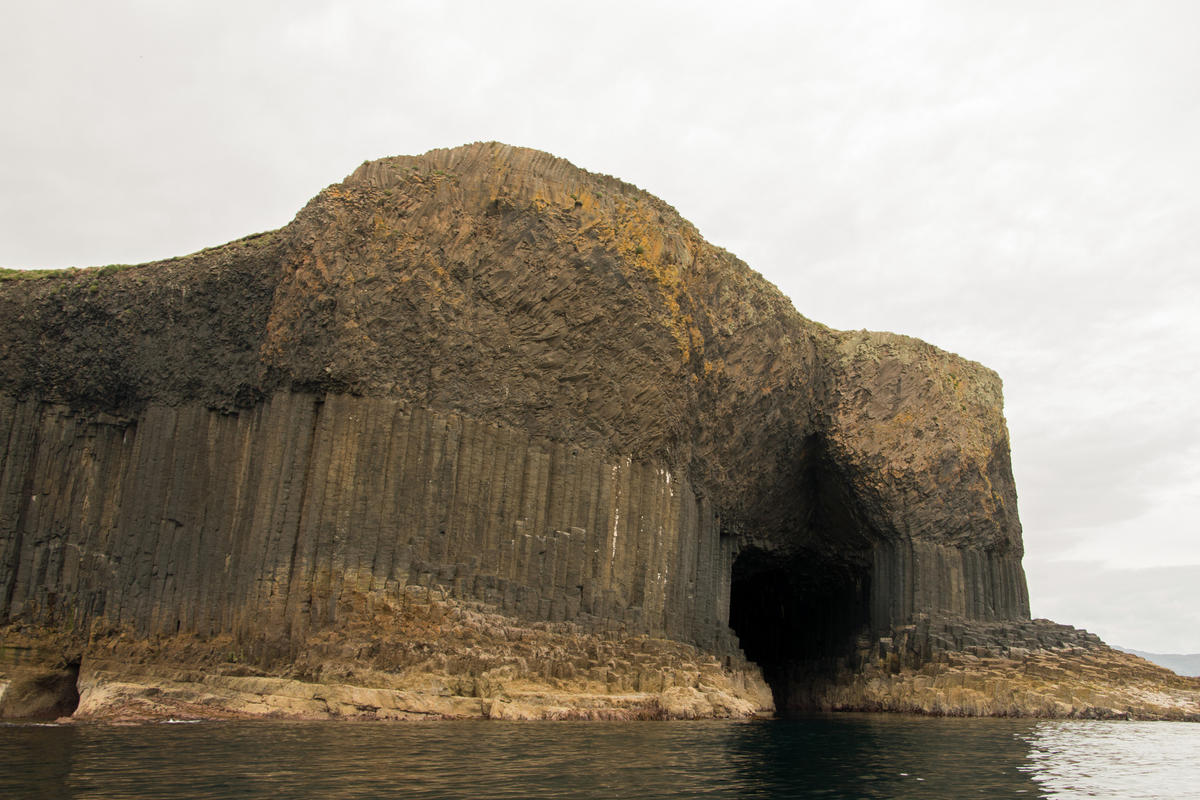 If Giants really existed, Fingal’s Cave in northern Scotland was surely home to one of them. Built horizontally into the side of a cliff, it's appearance resembles the mouth of a beast. The cold briny water of the sea has ebbed and flowed for centuries, and creates a ghostly echo off the walls. The strange acoustics have been the inspiration for decades of musicians and poets.

The cave was rumored to have been the home of epic Irish folk hero, Fingal. There’s little historical evidence to suggest this is true though, and by all accounts, this cave wasn’t actually discovered until 1772. Today it is a popular tourist destination, with several companies (like Staffa Tours, or Basking Shark Scotland) that can take you on an informative excursion into the reverberating darkness in search of the figure from Norse mythology. 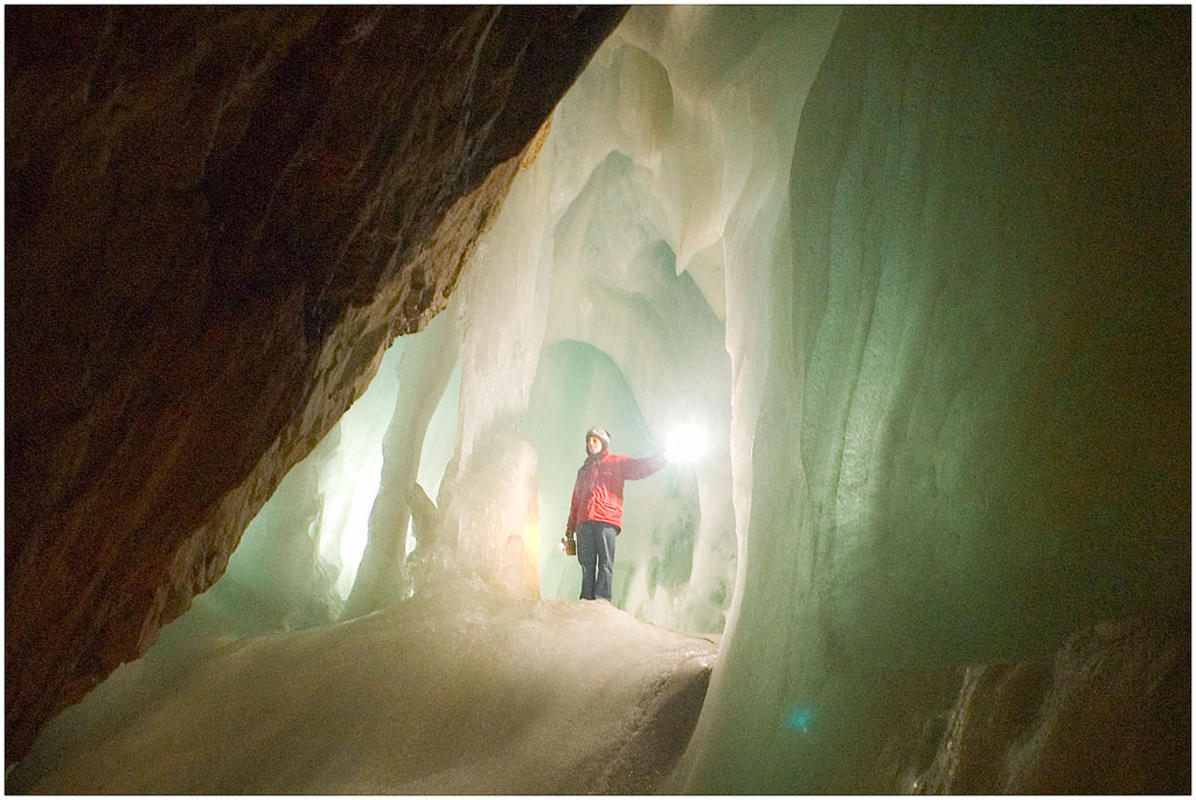 The rough translation of this cave’s name is “World of Ice Giants,” which is fitting for the geography. Inside, monstrous ice formations stretch, stab, and swell like living rock. It is the largest ice cave in the world and was just discovered in 1879. Now, this cave is visited by about 200,000 tourists a year, making it one of Austria’s most intriguing destinations. But remember to bundle up - temperatures inside the cave are almost always below freezing. While this may be uncomfortable for some, the chilly climate is usually an afterthought once you see the incredible beauty. 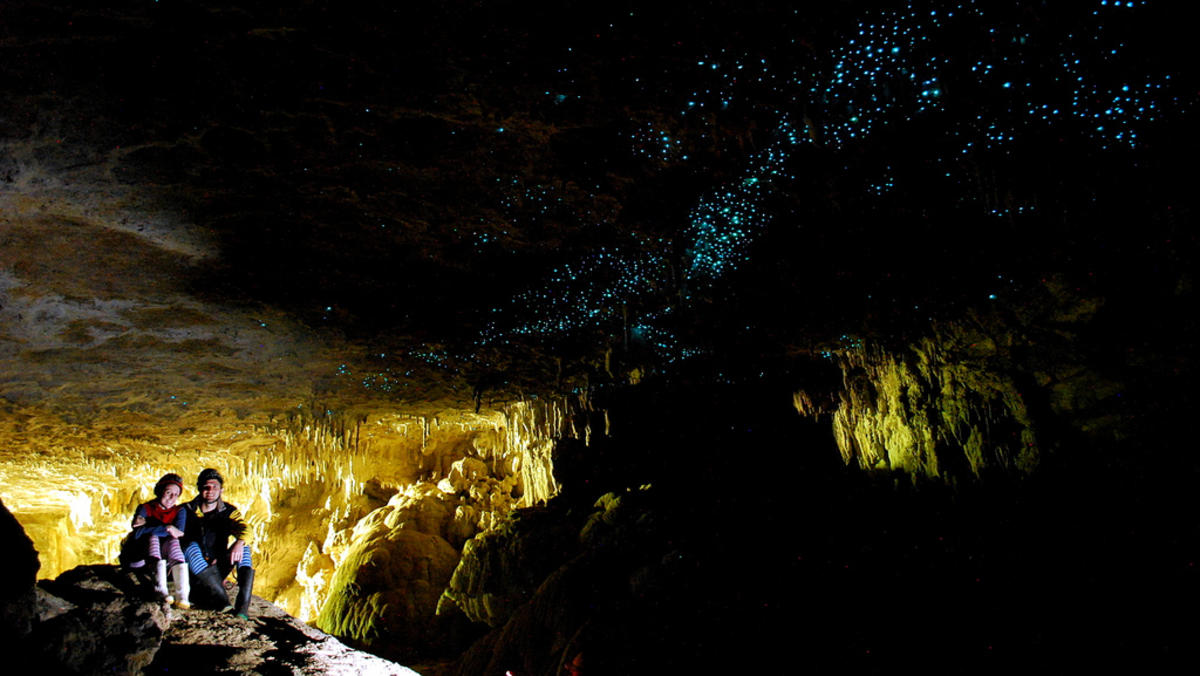 If you've ever dreamed of seeing stars underground, Waitomo Glowworm Cave isn't too far off from what your imagination conjured up. The glowworms of Waitomo “Glow Grotto” cling to the ceiling and radiate vivid hues of sapphire and turquoise. Floating through the tunnel is a surreal experience - something that feels not quite of this reality.

The Waitomo Glowworms Caves don’t just offer dazzling ceiling lights, the limestone formations are also a wondrous thing to behold. The otherworldly figures stand against the darkness like immovable guardians, sentinels protecting the special ecosystem from the malignancy of human visitors so future generations can appreciate it's beauty, as well. 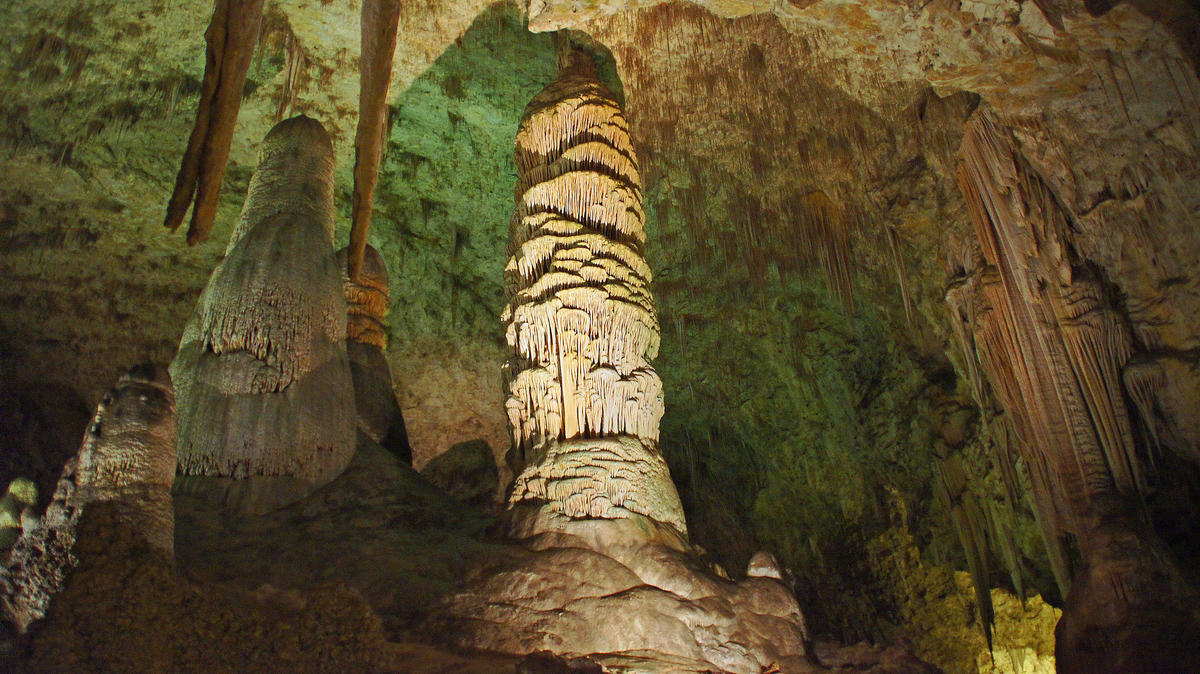 When sulfuric acid percolated down through the rocks of the New Mexican desert, it eroded away vast quantities of the sandstone bedrock, creating a network of 119 known caves interconnected by stone passages. There are so many caves in the Carlsbad Caverns, that we haven’t even been able to discover all of them yet. That’s enough space to house thousands of people - even an entire underground city. Which, at one point it may have as suggested by fire rings left by native Americans. Tours for adults are only $10, making it one of the most cool and affordable attractions in the region.