As the mini-van bounced through the windy Guatemalan landscape, I felt slightly nauseous as I listened to the driver (Jeff) and our guide (Rolando) chat about family and friends in Spanish. My husband (Adam) and I gazed sleepy eyed into the dark morning sky.

After 45 minutes, the van pulled over and we climbed out and felt the crisp cold morning air slap our faces awake. It was the clearest day in weeks and we enjoyed snapping shots of sunrays glowing on Agua and Fuego Volcanoes in the distance. Then, like a ton of volcanic rock, I realized we were about to hike to the top of very active Pacaya Volcano. 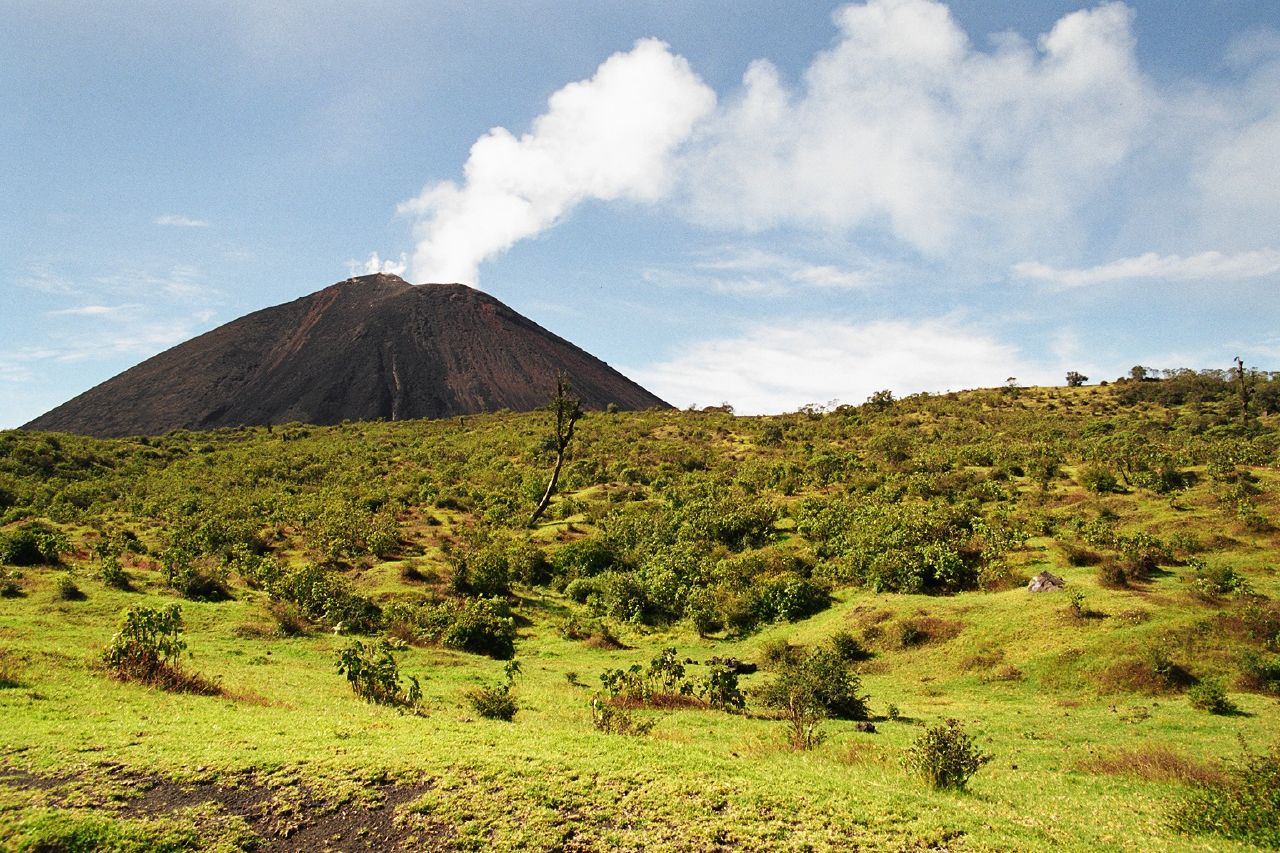 Pacaya is just one of Guatemala's 31 volcanoes and towers at 8,373 feet (2,552 meters). Over 23,000 years ago, Pacaya first erupted and has been active ever since. In 1965, Pacaya erupted flowing lava dangerously close to a nearby village and in 2010, residents of Antigua and Guatemala City were showered with ash from Pacaya.

Walking sticks in hand, the hike began with a steep accent that winded through a lush forest. Rolando warned of rattle snakes, but I was comforted by the three stray dogs that joined us.

I began to notice small changes the higher we hiked. The dirt trail turned into volcanic pebbles and the trees thinned and we finally reached the exposed lunar landscape of volcanic rock. The views of Agua, Fuego, and Acatenango Volcanoes in the distance were incredible. You could see Fuego erupt periodically by displaying a small puff of smoke from its chimney. We continued on, passing a graveyard of names carved into the volcanic rock/sand of previous trekkers. Even though it was only 11 am, the sun and heat from the black volcanic rock was intense.

The hike became difficult and we progressed slower and slower. Every step was twice as hard because the loose rock would simply crumble under your feet and drop you back down to where you started. Eventually, we summitted and peered into the depths of Pacaya's crater. I was shocked how the sulfur burned my lungs, but the stunning 360 degree views paralyzed me with their beauty. 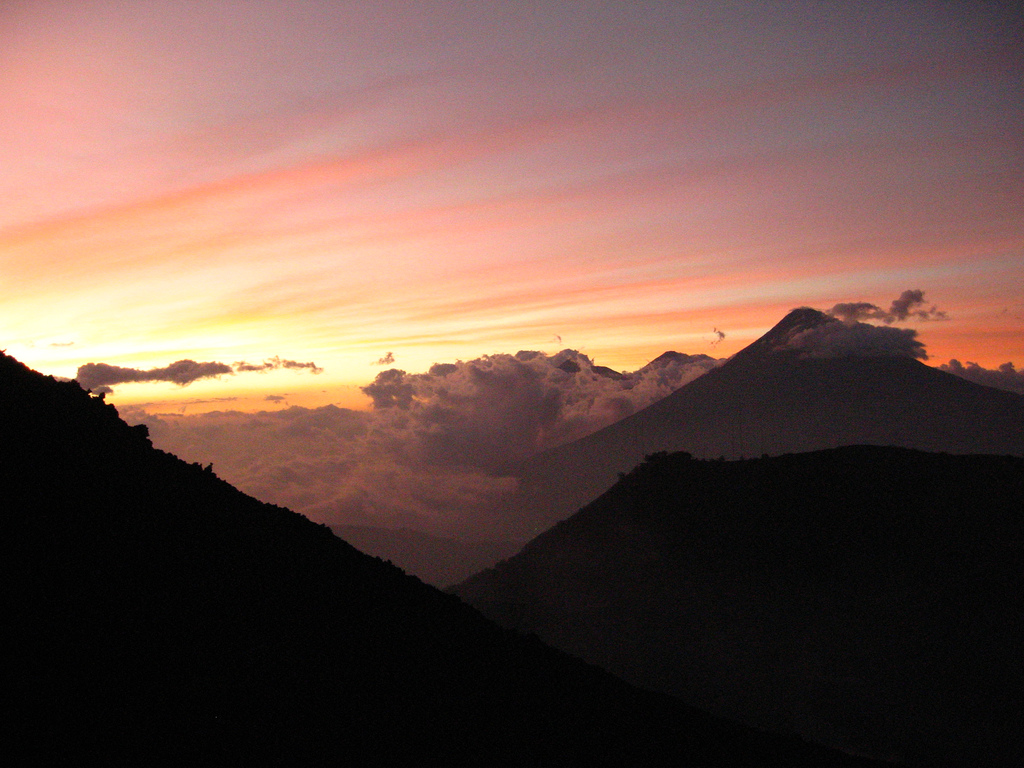 The shocking effect of the last eruption were displayed below with a river of black lava frozen just before reaching the seemingly miniature village below. It was time to descend and Rolando gave us gloves to protect our hands from the sharp volcanic rock. What took us hours to climb up only seemed to take minutes to ski down, with rock and dust flying everywhere. Rolando lead us to a nice a picnic lunch with sandwiches, fruit, nuts, and banana bread (a specialty in Guatemala). Shortly thereafter, we were on the move again.

We headed out over the lava fields with Rolando taking advantage of the volcano at every chance. He encouraged us to climb into a sauna formed by the lava and brought marshmallows for roasting in a natural oven.

We finished the hike in silence. Perhaps it was our shock that we hiked an active volcano or perhaps it was exhaustion. In either case, it was a breath-taking and remarkable experience that I highly recommend.

Pacaya Volcano is located an hour from Guatemala City and Antigua, though most tourists book tours from Antigua. Tours include transportation, a guide and walking sticks and range from inexpensive large group tours ($20) to expensive small group tours with guides willing to show you ever rock on the mountain ($50). Keep in mind, most tours don't include the park entrance fee ($7). Plan for 5 to 8 hours depending on the tour, including transportation from Antigua.

Comfortable hiking boots and loose layered clothing is recommended. The volcanic rock is very sharp and boots will not only protect your feet, but save you from ruining a perfectly good pair of tennis shoes. If you plan on hiking to the very top of the crater and went the budget route, bring a pair of gloves. The way down is almost like skiing on razor sharp volcanic rock.

There's only one nice restroom at the start of the hike and a shack before the exposed part of the volcano begins (just before the thinning of trees) so plan accordingly or be prepared to become one with nature and everyone else.

The top of the volcano is exposed to intense wind and sun. Bring a small bag packed with hand sanitizer or wipes, tissues, sunscreen, sunglasses, lip balm, a light jacket, a hat, camera, water, and snacks. Children will be awaiting you at the end of the hike if you want, to bring them a gift such as pens, toothpaste, paper, or fruit.