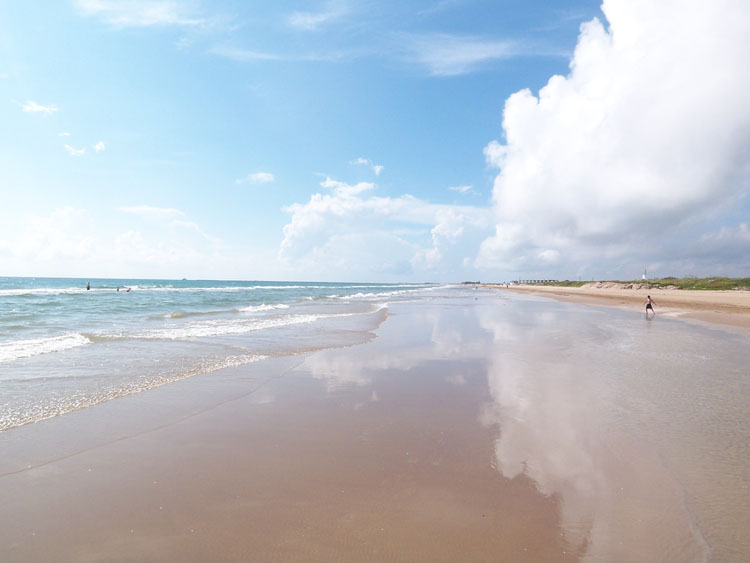 When it was first discovered back in 1519, South Padre Island was called “Isla Blanca,” which translates roughly to mean “white sand” in English. With its unique location on the southern tip of the most tropical part of Texas, South Padre Island has always bucked the trends of the massive Lone Star state. Where Texas is mostly known for its tough ranching exterior, South Padre Island has long distinguished itself by revolving around pure, unadulterated pleasure. Since the first settlement was established here all the way back in 1804, visitors have delighted in the many hidden gems – including secluded dunes and breathtaking wildlife - that are tucked away all over this 34-mile-long barrier reef. The minute you make the 2-1/2 mile journey across the Queen Isabella Memorial Bridge, you’ll know that you’re in for something really special.

There’s truly something for everyone to enjoy on South Padre Island. Surprises and excitement abound at every turn; try out one of the following attractions or activities to see for yourself!

Located just twenty minutes northeast of South Padre Island, this superb refuge is the ideal place to scope out the region’s incredible array of birds. In addition to spotting a pelican or another unusual species of bird, visitors can stop by the butterfly garden to take in a dazzling array of these winged insects. If you’re lucky, you might even spy an ocelet while exploring this serene and idyllic place.

The waters around South Padre Island – including the Gulf of Mexico and the Laguna Madre Bay – are positively teeming with dolphins. Sign up for a chartered excursion on a motorboat or a sailboat and try your hand at spotting these impossibly graceful creatures for yourself; it is a truly unforgettable experience.

History meets beauty over at Port Isabel, where a well-preserved lighthouse – which was built all the way back in 1852 – is the highlight. From the outside, you can bask in the glow of a picture-perfect scene; within, you can learn more about the compelling history of the area in the topnotch museum. Port Isabel proves that there’s more to South Padre Island than just fun in the sun!

There are plenty of opportunities to enjoy the sun and the surf when visiting South Padre Island, but Isla Blanca Park – a county park – presents the most secluded and varied options around. Whether you wish to surf or just lay out, this is a prime place to do so. Thanks to its sprawling size, staking out a decent area for the day is never an issue.

South Padre Island presents several exceptional opportunities for families and couples alike. Whether it’s just the two of you – or the “whole gang” - you’ll all have a blast at these off-the-beaten-path attractions:

A short drive from central South Padre Island brings you to the U.S./Mexico border. Find a place to park, then head over the border into the fun-loving town of Matamoras. The primary attraction at this Mexican border town is its nightlife; dozens of bars provide plenty of diversions. If partying’s not your thing, head over to the town’s Mexican market instead.

Stake Out Your Own Dune

Near the southern tip of South Padre Island, a series of dunes stretches out before you. Although vehicles are not allowed on the dunes, there’s no rule against walking on them. Strike out with your sweetie and choose your very own private dune on which to spend a couple of romantic, private hours.

Take the kids on an unforgettable adventure by driving your vehicle twenty miles or so past the northernmost development on South Padre Island to arrive at Edwin K. Atwood Park. If possible, use an off-roads vehicle to avoid getting stuck in the sand. Otherwise, enjoy the thrill of settling in at a less-developed portion of this immensely popular island.

South Padre Island isn’t especially known for its unique or eclectic cuisine, but that doesn’t mean that you’re going to go hungry while there. Casual beach bars are immensely popular on South Padre Island, and you should make it a point to eat at one while in town. For the most part, dining in South Padre Island is casual; seafood and steaks rule the day. However, you’ll find a fair share of fresh salads and other healthier options around the island, as well. If you’re a fan of Mexican food, then you’re in luck: Mexican eateries dominate the landscape on South Padre Island.

When to Go & How to Get There

The best way to get into South Padre Island is by flying into Brownsville. However, many people choose to fly into Dallas or Houston then drive over. There are are few small airports near the island, but they don’t accommodate any of the major airlines.

If you have a choice about when to go, South Padre Island is at its best between March and September. That’s when you’ll enjoy the least amount of rain and will be able to unwind in the unbeatable warmth and delightful atmosphere of this one-of-a-kind place. However, any time of year is a nice time to get to know this island’s tucked away secrets.