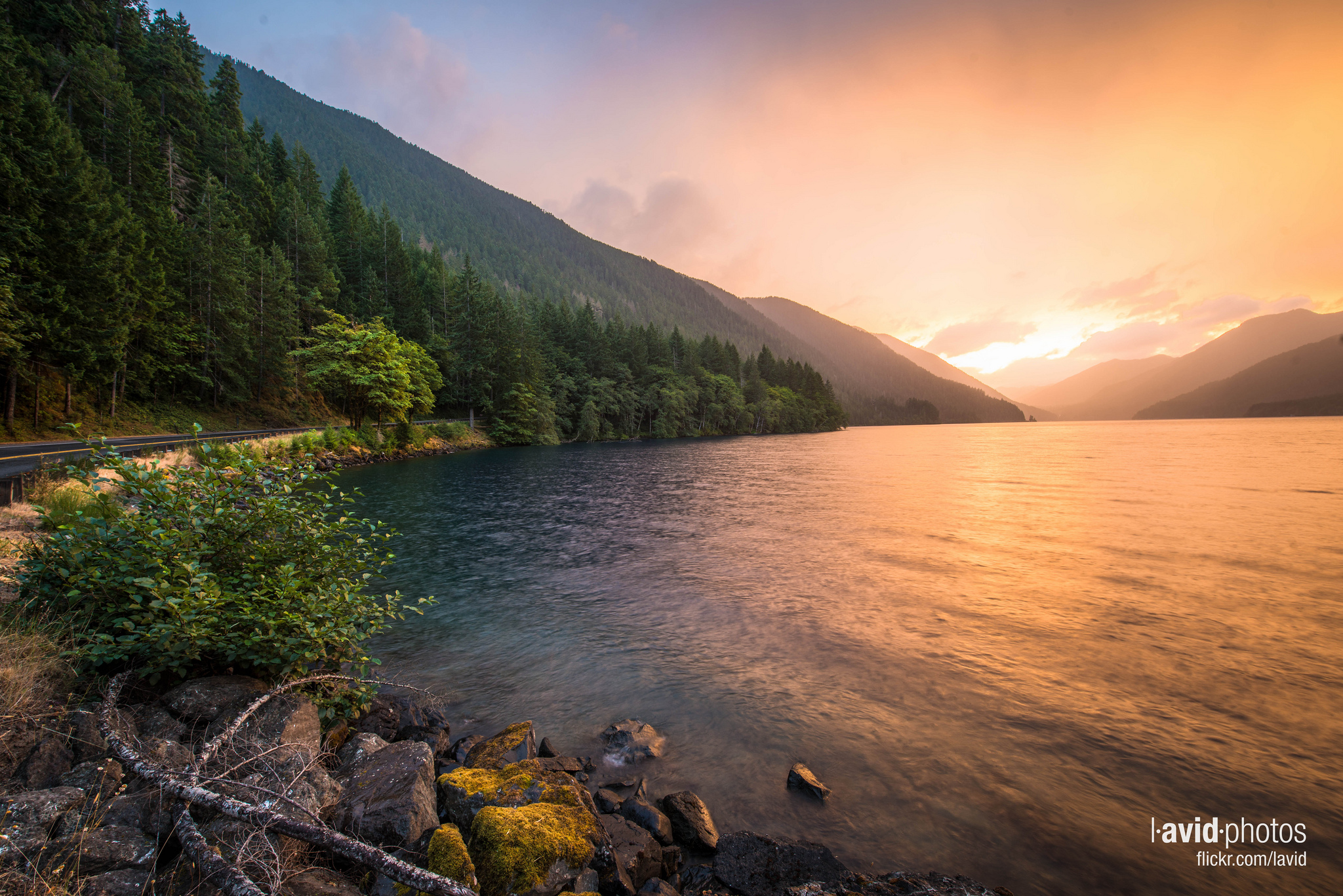 To the west, the Pacific Ocean. To the east, the Hood Canal. And to the north, the Strait of Juan de Fuca. In the midst of it all, the Olympic Mountains, the anchor of Olympic Peninsula in Washington. Olympic National Park contains a wealth of terrain, lakes, waterfalls, rivers and rain forests to explore. You can get to the Olympic peninsula from Seattle via Washington State ferries and a 60-minute drive, or a two-hour drive northwest from SeaTac International Airport.

Here you can find large herds of Roosevelt elk in the temperate rain forests and the green river valleys. Some of the world’s largest trees come coated in moss and festooned in mushrooms and lichens. A rain shadow protects the valleys, making the temperature perfect for flowers, especially lavender.

Start with the high country of Olympic National Park with its scenic views, subalpine forests and wildflower-dotted meadows. Hurricane Ridge, 17 miles south of Port Angeles, offers the park’s most easily accessible mountain. Find out about the self-guided nature trails at the visitor center. Blacktail deer can be found grazing in the meadows, and sunrise and sunset offer panoramic views of the park on a clear day. Wander along an 18-mile gravel road to reach Deer Park with its alpine scenery and hiking trails.

The rain forests of Olympic National Park see 12 feet of rain a year. Located on the west side of the park, giant western hemlocks, Douglas-firs and Sitka spruce trees take over the landscape while ferns and moss coat the trees and forest floor.

Hoh Rainforest, 90 miles west of Port Angeles, offers self-guided nature trails and in the summer, ranger-led programs. The Hoh is one of the last remaining temperate rainforest in the United States. In the Lake Quinault area in the southwestern area of the park three hours from Port Angeles, find trails on both sides of the lake as well as the Quinault Valley with its alpine meadows, lakes and ice-carved peaks. A scenic loop drive through the valley offers short trails for exploring Olympic National Park and Olympic National Forest.

The 73-mile Pacific coastline offers a diverse range of scenery from beaches strewn with sand, rocks or boulders to cliffs that plunge into the sea. About an hour from Port Angeles is Mora Beach with self-guided nature trails. Two miles further is Rialto Beach with its stunning off-shore seastacks. You can find Hole-in-the-Wall, a sea-carved arch about 1.5 miles north of Rialto Beach.

The Lake Ozette Area, three miles from the Pacific, has two three-mile boardwalk trails that lead to Sand Point and Cape Alava, both located on the Pacific Coast. Find gray whales and seals during the migratory months. Here you can see the tall seastacks that dot the coast, the crystal waters of Lake Ozette or the old growth forests.

Explore the Waterfront in Vancouver, Washington