Everything You Need to Know About Hiking the Inca Trail 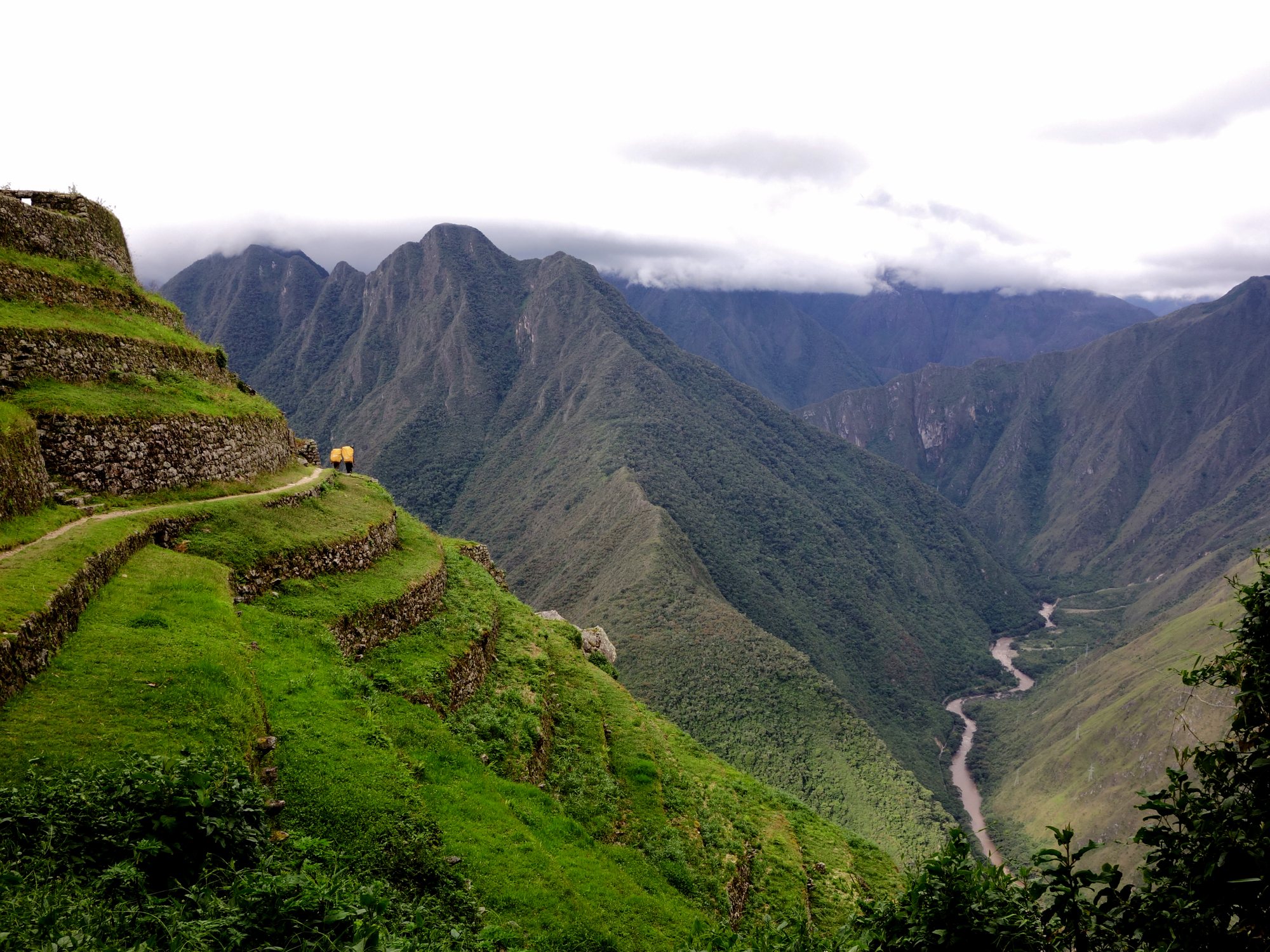 One of the most famous hikes in the world, the Inca Trail takes you through the Andes along ancient ruins on the most popular hiking trail in South America. Crossing the 125-square mile Machu Picchu Historical Sanctuary showcases mountains, exotic animals and vegetation. Make this journey in four days through three mountain passes and get up close and personal with the peaks, lush cloud forest, rivers and dozens of Inca ruins on the 26-mile trek reaching 13,800 feet. There’s certainly a mystique about hiking to the ruins of a civilization passed.

There are actually a number of overlapping trails that go to Machu Picchu. The Classic Inca Trail, the most popular route, starts 82 kilometers from Cuzco along the railway line at about 2800m in altitude. It treks high into the mountains passing other Incan ruins along the way, covering 45km in four days. The idea is to arrive at Machu Picchu at sunrise on the fourth day, entering through the Sun Gate. Some companies allow you to lengthen or shorten this by either including visits to other ruins or starting further along the railroad and cutting through to join the trail further along.

Because this route is often booked months in advance, you may wish to consider some of the following alternatives. The Mollepata Trail is one route, starting in the highland village of Mollepata and taking about five days, four nights to reach Machu Picchu. It joins the classic Inca route on the fourth day at Wayllabamba. This is sometimes referred to as the Salkantay Trek and there are variations of it with extensions of up to seven days. The trail reaches higher altitudes than the Classic route but the views are superb.

Another longer option is The Choquequirao from Cachora to Machu Picchu, a rugged, 12-day trek. It visits smaller Incan sites and Quechua villages along the way. Or you could do the Lares Trek, a three-day route from Lares that does reach high altitudes but allows for more interaction with the people and culture of the region.

If you’re less physically fit, a shortened version of the hike is offered in a two-day version. The trail only reaches 9,020 feet and is a relatively easy climb to Huinay Huayna and then down to Machu Picchu. Start at Km 104, but know that you avoid some of the mountain scenary and ruins along the way. Spend the night near the ruins of Huinay Huayna before trekking to Machu Picchu for sunrise on the second day. 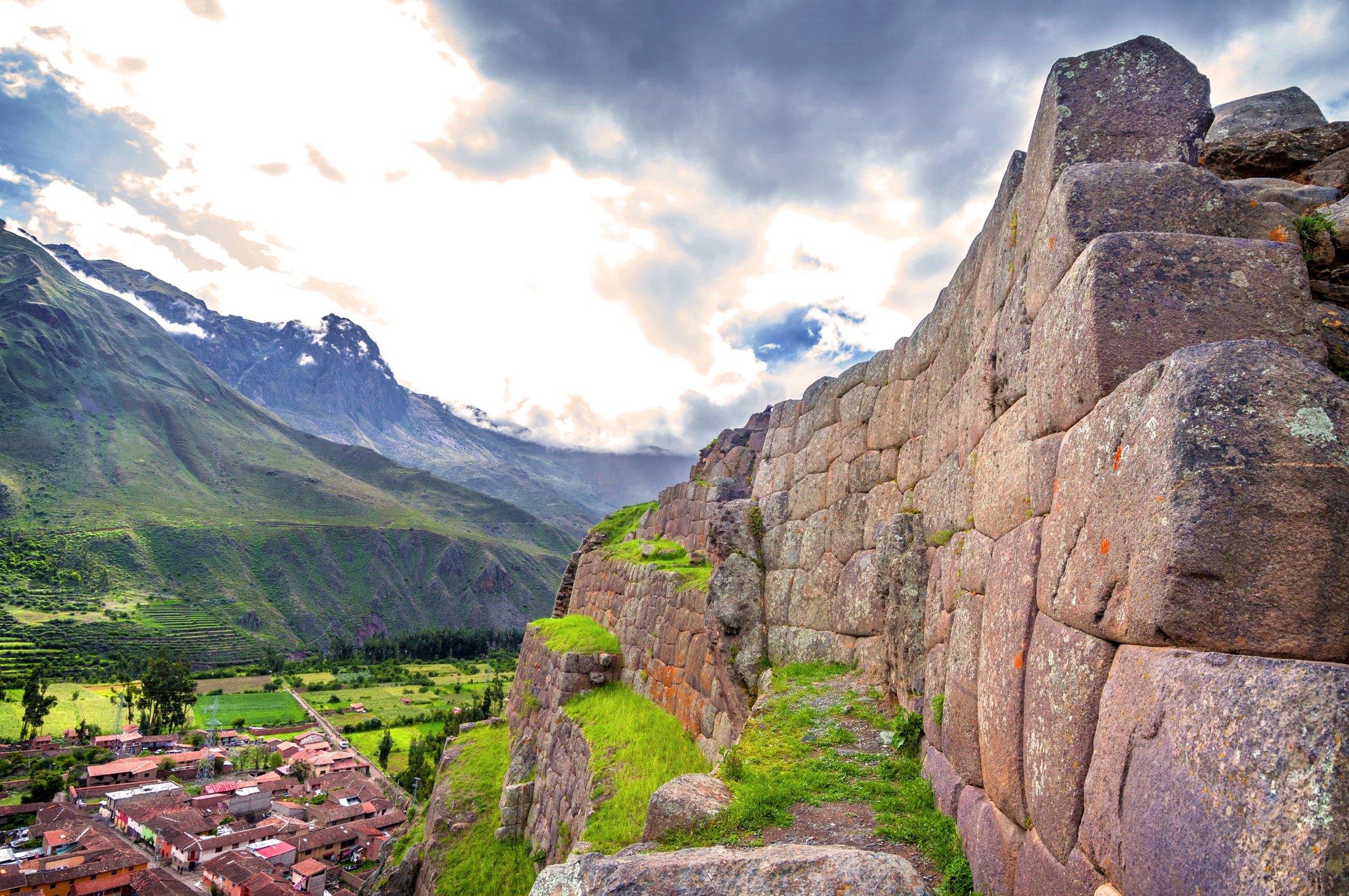 Most hikers arrive from Cusco by train to reach Ollantaytambo, or Km 88. If arriving by bus, stop at Km 82. The hike starts by crossing the Rio Urubamba, which leads to the first gentle ascent to the ruins at Llaqtapata. The path then travels over the RÌo Cusicacha, beginning to climb to the only inhabited village along the way, Huayllabamba. Most groups camp here on the first night.

Day two greets you with the most arduous portion of the journey. First reach the ruins at Llullucharoc at 12,460 feet about an hour from Huayllabamba. Next climb to Abra de HuarmihuaÒusqa, or Dead Woman’s Pass, the highest point on the trail at 13,780 feet. The hike can take 2 1/2 hours in the blazing sun, followed by cold winds at the top, and even freezing rain or snow based on the time of year. Following, descend down stone steps to Pacamayo at 11,810 feet to camp for the evening.

On the third day, you’re walking on the original footpath built by the Incas. Pass by the ruins of Runcuracay, a circular structure. Then climb on to the second pass on the hike, Abra de Runcuracay, at 12,790 feet. Here you can find views of the Vilcabamba mountain range. Pass through a naturally formed tunnel to a lake and a staircase-like ascent to Sayacmarca at 11,480 feet. Here you can find ritual baths and views overlooking the Aobamba Valley among the high cliffs. Next travel to Conchamarca that leads into a jungle with lichens, hanging moss, bromeliads and orchids along with stunning birds. The path goes through an Inca tunnel and then climbs along a stone road to the trail’s third major pass, Phuyupatamarca, at 12,460 feet. Here you can see the Urubamba Valley and some of the highest snowcapped peaks in the region at 18,040 feet, such as Salcantay. Below sits the tourist town of Aguas Calientes and ahead, the backside of Machu Picchu. Discover the restored Inca ruins of Phuyupatamarca, an ancient village where you can see the remains of six ceremonial baths. A stone staircase seemingly disappears into a cloud forest. Descending the 2,250 steps takes about 90 minutes. A quick 10-minute trek off the main trail brings you to the ruins of Huinay Huayna. Spend the night here before waking early to start day four and Machu Picchu.

From Huinay Huayna on the final day, reach Intipunku (the Sun Gate) and descend to Machu Picchu early to see the dramatic sunrise over the ruins. The final ascent is a 50-step, nearly vertical climb from Intipunku to Machu Picchu, takes about 45 minutes. Once you reach the ruins, you must deposit your backpacks at the hotel to receive a one-day entrance passes to Machu Picchu. 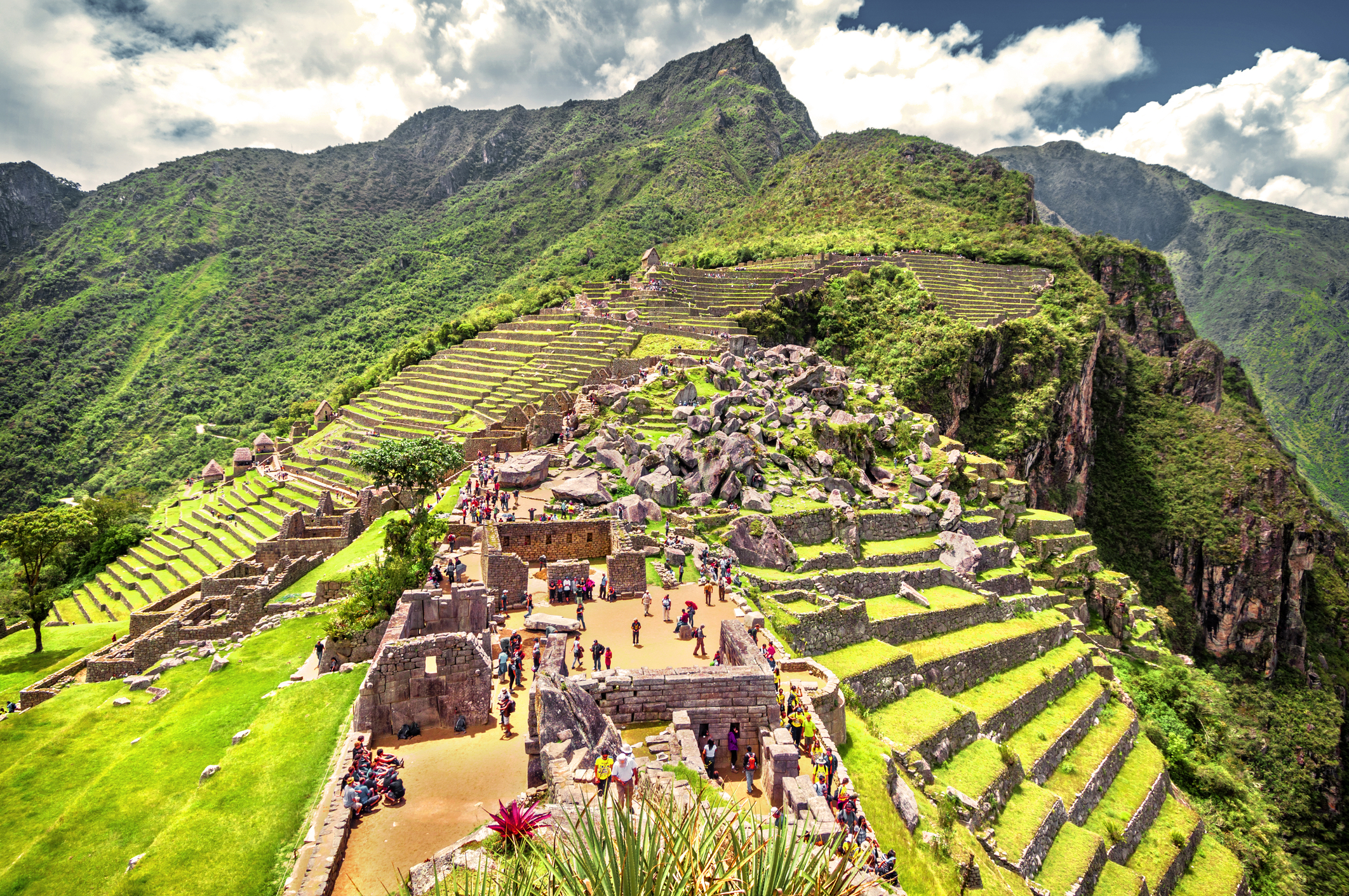 The best time to hike the Inca Trail is between May and September when it’s relatively dry, although June and August are particularly busy and should be avoided if possible. Given the altitude and conditions, you’re best to avoid the rainy season altogether. The trail is closed in February for maintenance. You may want to plan your trip to coincide with the full moon. That’s when locals say the region experiences the best weather, and arriving at Machu Picchu during the full moon offers a surreal experience.


In order to hike the Inca Trail, you must be a part of an organized group that has been arranged by an officially sanctioned tour agency. Almost 140 agencies in Cusco and the surrounding area can sell these packages. The Peruvian government limits the number of trekkers on the Inca Trail to 200 trekkers or 500 people total, including staff and guides per day. Every hiker must have a trek permit, obtainable from your tour company.

When selecting a tour/agency compare the options carefully. There will be an array of options and varying prices but expect to pay about US $400 or more for a well-organized trek on the Classic Inca Trail. Prices will vary dependent on how many people are in the group, how many you will share a tent with, how many porters are provided, what you need to carry and what food and gear they offer. Generally expect to have about 15-20 people plus porters, cooks and guides.


Make sure you understand what the service fees include. For example most should include transport to the start of the trek and return to Cuzco, entrance fees, the guides, tent, food, porters and some first aid. Factor also into the costs that you will probably need to tip the porters, guide and cook and you may like to buy water or snacks along the way.


You'll need to bring good hiking shoes, a flashlight and a quality four-season sleeping bag. Even during the summer months it can get pretty cold on the trail because you are climbing to high altitude and mist often blankets the mountains. So pack plenty of warm clothes, although layers are better than thick bulky jackets. The Inca treks can be quite arduous so some level of fitness is recommended, although kids and seniors do make it all the time. If in doubt get out your stairmaster or simply start walking before you come.

Fly in to Lima, Peru, at sea level, and then take a one-hour flight to Cusco, the cultural hub of the Peruvian Andes at 10,800 feet. Most hikers spend a couple days in Cusco or a spot in the Sacred Valley to become acclimated with the high elevation. Cuzco itself is 3326m (10, 910ft) and you will climb even higher before reaching the Incan city (2430m). If you know you have problems in altitude, rest well beforehand and keep hydrated along the way, this may help prevent the onset of sickness. In Lima, most travelers stay in the Miraflores or San Isidro areas of the city. Cusco offers a variety of hotels from simple to luxurious. Cusco was the cultural hub of and the capital of the Inca Empire, and serves as the historic and cultural center of the Peruvian Andes.

Hopefully the only hardships you suffer will be the trek through the jungle itself. Just remember too that at the end of it all is the stunning Incan city itself with ruins, tunnels and paving stones to explore.