Wine, Shine and Dine in JoCo

Content produced in partnership with the Johnston County Visitors Bureau.

Nestled deep in the heart of eastern North Carolina lies Johnston County, (or JoCo as it’s called) and it’s a must-visit for anyone looking to stimulate their taste buds. JoCo is just southeast of Raleigh and features a Beer, Wine, and Shine Trail with great dining options along the way. So, no matter your spirit, booze or brew of preference, JoCo has just the right taste for you.

Let’s start with the breweries on the Beer, Wine, and Shine Trail. First up is Deep River Brewing in downtown Clayton. Deep River prides itself on being Johnston County’s first legal brewery, making its first legal batch on Feb. 28, 2013. Deep River opened its doors not long after that, and it’s been a favorite local spot ever since. Deep River has a bit of everything on tap from year-round favorites like the Twisted River Wit to funky limited offerings like Bitter Unicorn Tears, an Indian Pale Lager. Whether you’re enjoying one of those tried-and-true pints or getting off the beaten path with your brew, you’re going to get hungry. Deep River has you covered with a rotating cast of food trucks offering up tasty bites. Depending on the day, you’re likely to find fare like How Bout Burger from Durham, which serves up several classic burgers, Hawaii-inspired bites, and vegetarian options. 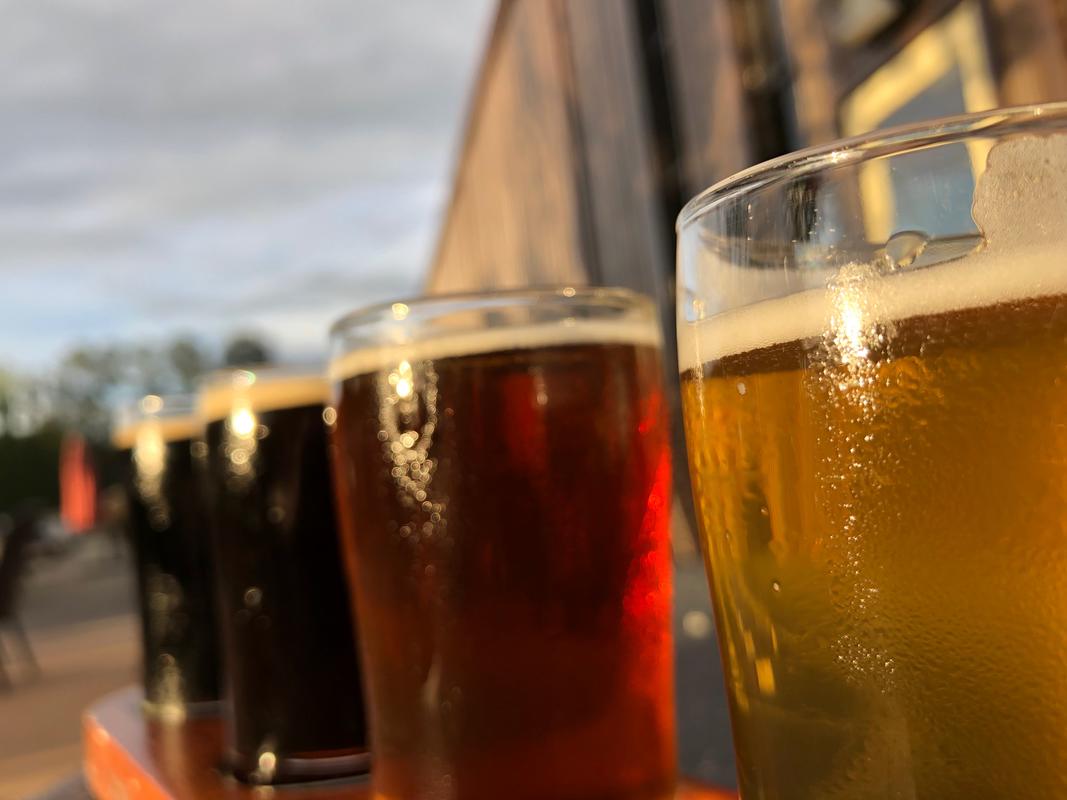 Next up is Double Barley’s taproom, beer garden and restaurant in Smithfield. Double Barley also opened its doors in 2013 with a simple goal: high quality beer and a great community gathering place. Their brews are big and bold, but there’s something for all beer fans on tap, including the light (Abby’s Amber Ale) to the dark (Steakcake Stout.) Even if you’re not a fan of darker beers, it’s worth trying a flight at Double Barley because the stouts are surprisingly light and extremely tasty. Double Barley’s food menu has a range of snacks, burgers and sandwiches, including the brisket mac & cheese sandwich. Yum! 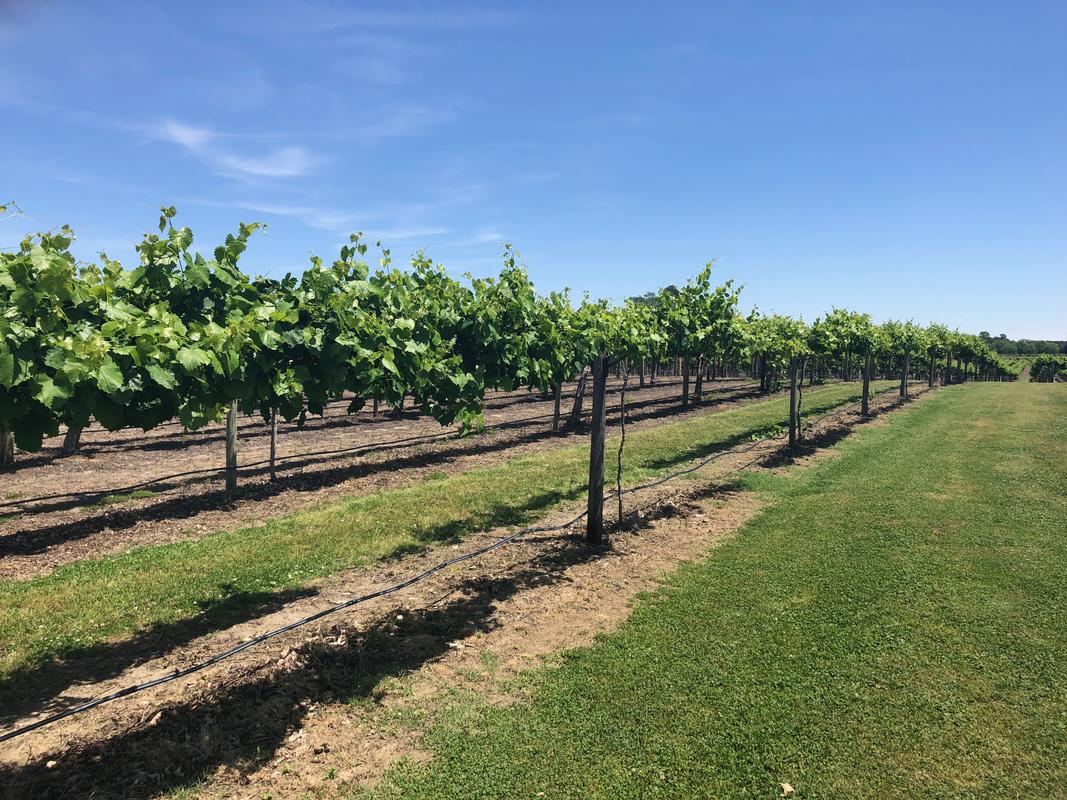 Wine lovers will also find plenty to love in JoCo thanks to Hinnant Family Vineyards, a muscadine vineyard specializing in sweet wines. Located in Pine Level, Hinnant Vineyards began in 1971, but the family didn’t start producing wine themselves until years later, selling their first bottle in 2003. It’s the largest muscadine vineyard in North Carolina, stretching more than 100 acres. Muscadine wines are traditionally sweet, but in skilled hands like the Hinnant family, they can also be subtle, dry and full of flavor. Hinnant Vineyards offers two types of tastings, a semi-sweet/sweet tasting and a dry tasting. Each tasting includes nine wines and a souvenir glass. There are also tours of the vineyard which run Fridays, Saturdays, and Sundays from April to August. Every September, when muscadines are ripe, the Hinnant family allows the general public to visit and pick their own muscadines. If you want to relax and enjoy a glass of wine, there’s also a beautiful covered porch overlooking the vineyard.

Moonshine typically conjures up images of bootleggers and speakeasies, but the folks at Broadslab Distillery in Benson have taken a family recipe used in those outlaw days and brought it into the 21st century (legally, we might add.) Jeremy Norris is the mastermind behind Broadslab’s liquor and describes the process as “dirt to bottle.” Jeremy grows his own corn, makes his own moonshine with no additives or colorings and bottles it. It doesn’t get more organic than that. Broadslab also has a variety of liquors from the clear ‘shine’ like Jeremy’s family produced hundreds of years ago and passed down from generation to generation. Broadslab also has a Reserve, which is barrel-aged moonshine similar to a scotch or bourbon, as well as Appleshine, which is aged with cinnamon and 100 percent apple juice. If you’re into rum, you’re also in luck at Broadslab. Jeremy has a silver rum and a spiced rum made with Carolina cane sugar. 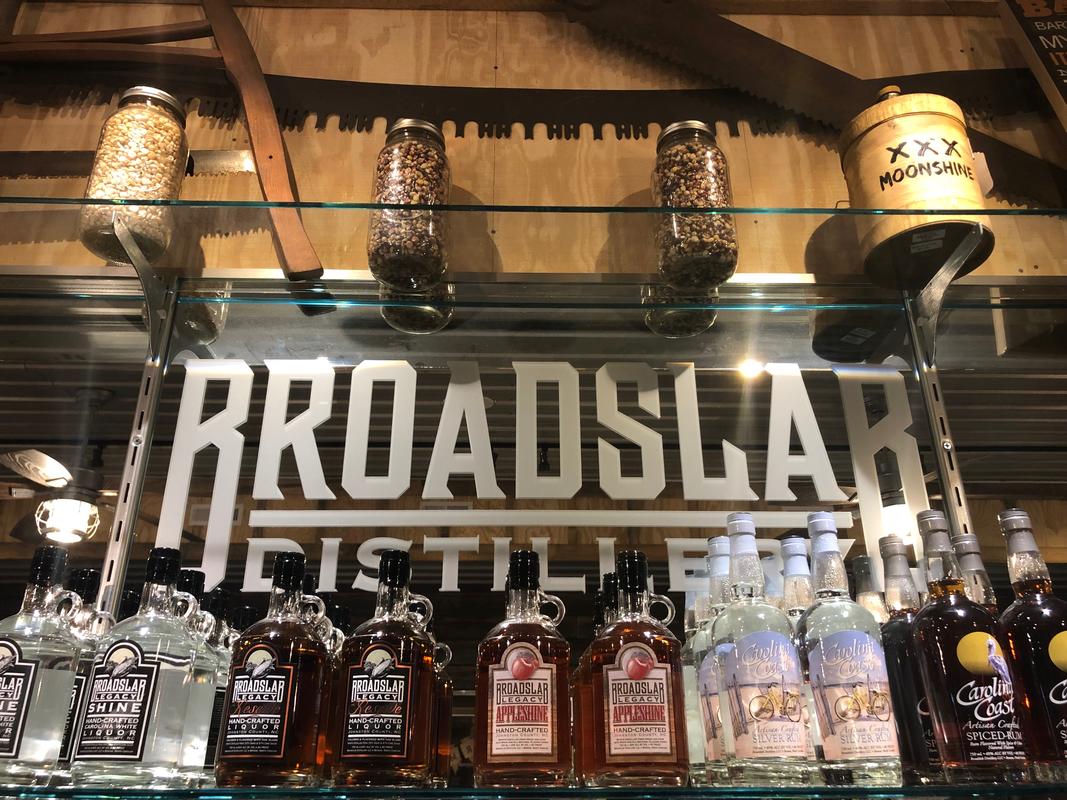 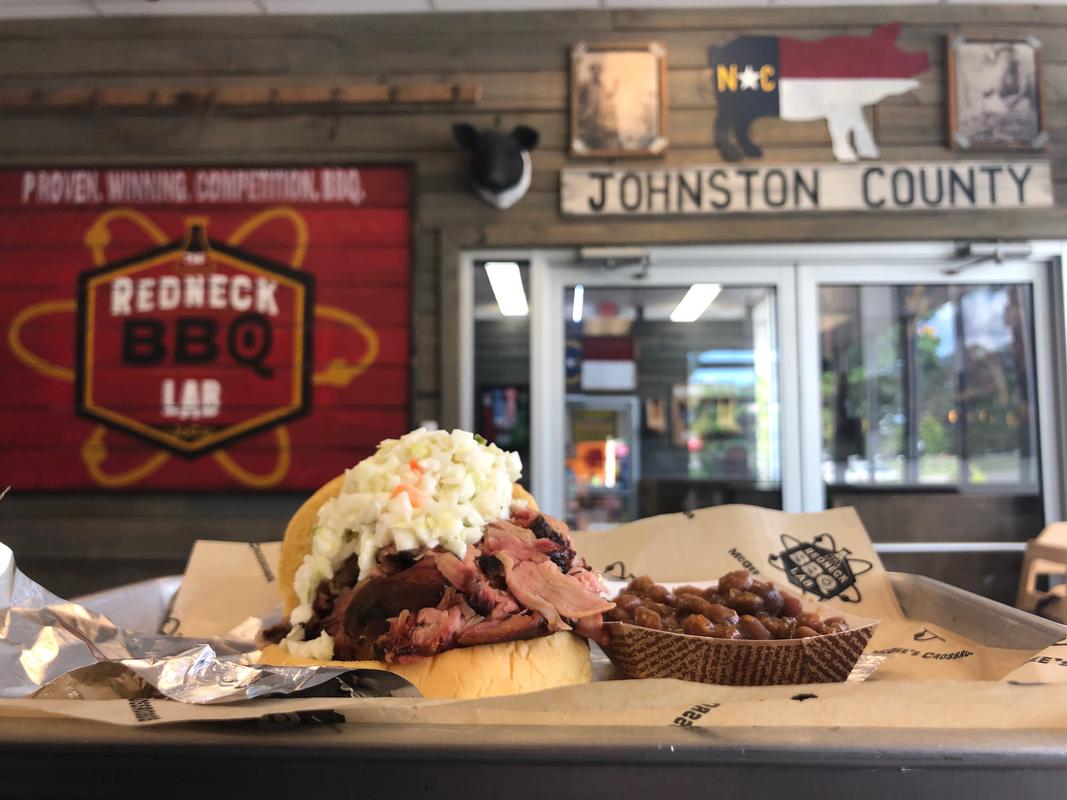 Alright, after a sampling of your spirit of choice, you need a bite to eat. Since you’re in eastern North Carolina, barbecue is always the right answer. Redneck BBQ Lab in Benson is certified, award-winning North Carolina barbecue with pork, beef, chicken, turkey and sausage ready to order. Redneck BBQ Lab got its start on the competition circuit by members of the Redneck Scientific team, who was named 4th in the nation by the Kansas City BBQ Society. Redneck BBQ Lab has plates with home-cooking style sides and they sell their meats by the pound if you’re looking to feed an entire crew.