NY Pizza Bible: The 10 Best Slices in the Big Apple

One of the ongoing culinary wars, New York and Chicago regularly face off as to which style of pies best embody the nation. True New York style pizza is characterized by a large hand-tossed crust that’s thin and floppy enough to fold in half (as real New Yorkers eat on the go). Available in no short supply throughout the city, restaurants, walkup windows and street vendors claim their pies are divine intervention. The problem is, there are plenty of places that wouldn’t even come close to being considered quality, even in Kansas, and they blend right in. Many of the worst tasting pizzerias were designed to look like brethren of the best, and without doing your homework, you might end up with a lackluster slice leaving you less than satisfied.

Thankfully, your research ends here because we’ve compiled a list of the best, most authentic New York style pizzerias in all five boroughs.

*Note to readers: As traditionalists, we always encourage trying a triangular slice of plain cheese first for the most authentic NYC experience. But, we do understand if you want to balance out your culinary explorations with a slice of Sicilian (rectangular pieces with much thicker crusts; always try to get a corner) or a Grandma slice (the kind your grandma would make in her home oven, topped sparingly with shredded mozzarella, crushed uncooked canned tomatoes, chopped garlic, and olive oil).

This place lives up to its “Suprema” name, delivering one the best cheese slices in the city. Opened in 1964, it predates the current Madison Square Garden, and is known for offering three different kinds of red sauces and fresh, house-made mozzarella.

Recommended: cheese slice, Grandma slice, and fresh mozzarella with basil (each has a different one of their signature sauces).

Amore sells my favorite pizza in all of NYC, and somehow still manages to stay off the radar beyond the Mitchell-Linden section of Flushing that it’s been slinging pies in since 1974. It’s nondescript, but totally worth a trek to the Q-Boro for a slice (or four) of heaven.

The #1 Zagat rated pizzeria for 8 years running, if you hate waiting in long lines, this is not the place for you. Slices are a whopping $5, too, but watching owner Dom DeMarco (who’s run the place since 1964) snipping basil over each pie at a snail’s pace has become something of a rite of passage for true NYC foodies.

Recommended: traditional cheese pie (because, ironically, you’ll get it quicker than if you order a single slice in most instances).

Joe's Pizza is a permanent fixture in top 10 restaurant guides like Time Out New York, New York Magazine, and even GQ, who touted it as “one of the top 25 pizzas on Earth.” Whenever I have friends visiting Manhattan, Joe’s is often the first obligatory stop. With a founder from Naples, the birthplace of pizza, the crust is thin and the tomato sauce has great acidity, folding in half perfectly for eating on the move. The space is small; so take your slice(s) across the street to a bench in Father Demo Square and enjoy the people watching.

Louie and Ernie’s Pizza - The Bronx

This part of the Bronx has no shortage of pizzerias, but Louie and Ernie’s is the go-to because unlike others, pizza is their sole focus. You won’t find sandwiches or salads, just greasy, saucy goodness so dieters, be warned. The crust achieves a dreamlike crispy-chewy balance, and the local vibe is super old-school.

Talk about history. After emigrating from Sicily, Denino’s first opened in 1937 as a local family tavern, pool hall and confectionery store. After his father passed away, son Carlo took the reigns and introduced their Italian-style pies in 1951, cementing their legacy in the NYC food scene with the tagline, “in crust we trust.” If you find yourself on the north end of Staten Island, this spot is a must-try.

When you walk around the Whitestone Village neighborhood of Queens, it definitely feels like you’ve been transported to a whole other time and place, especially when you arrive at the tall counter of Freddy’s. Although the interior recently underwent a chic makeover, the pizza recipe and family atmosphere has not been altered since opening in 1961.

John’s (or John’s of Bleecker Street) was originally located on Sullivan Street, and has been slinging dough since 1929. A favorite of actor Jack Black, you better come hungry because John’s doesn’t sell slices so you’ll have to commit to at least a full pie. The signature flavor and crust-consistency come from its original brick oven in the 20s.

With a name this presumptuous, Best Pizza had better be able to dish out pizza that reflects its moniker. Luckily, the product is befitting of the title, but we can’t help but be curious about their blog, which has posts on a variety of subjects, none of which are pizza (could they be any more hipster?). 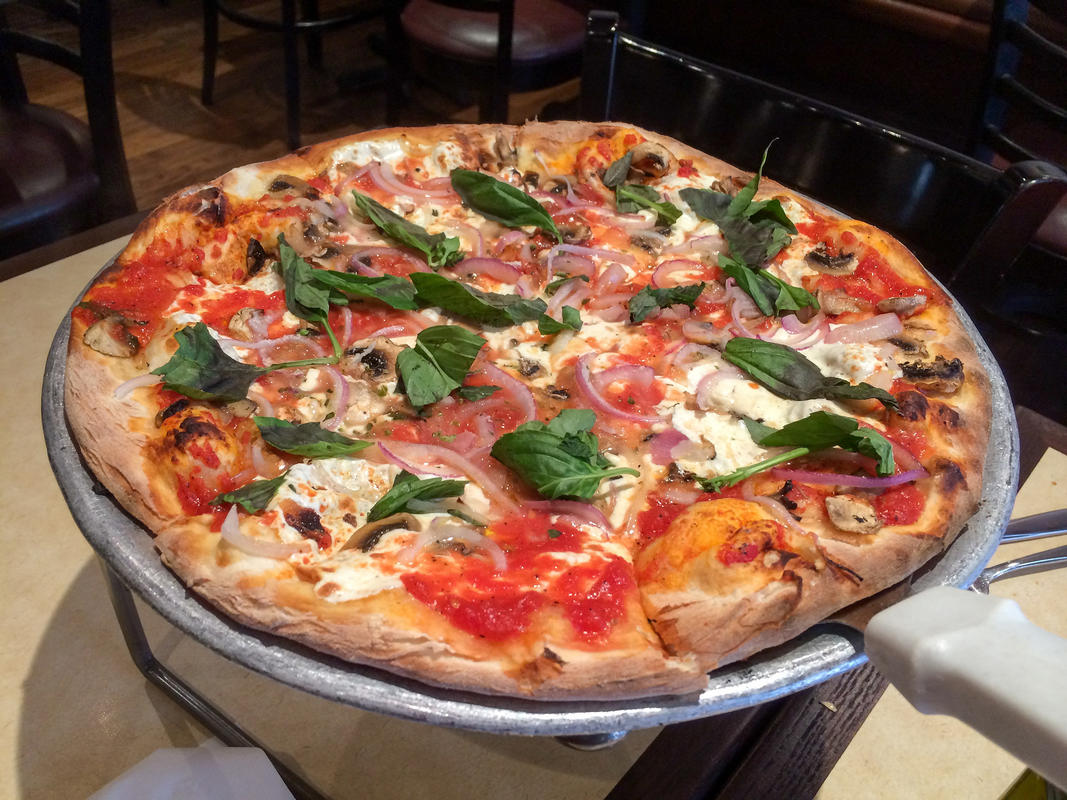 The original Patsy’s in East Harlem opened back in 1933, and it’s regarded as a New York City pizza institution. There are several other Patsy’s outposts in NYC, but we urge you to visit the place that started it all with Frank Sinatra, Dean Martin and Tony Bennett as regulars.