A 16-Stop Architectural Tour Around NYC

New York City is well known for its dense city, its skyscrapers, and architecture. Having so much history compacted in such a small area can be overwhelming to anyone, especially to someone looking to learn about the architectural evolution of the past 300 years and how it helped shape the city to the dynamic metropolis that it is today.

These are some of the architectural highlights that tell the evolution of the Big Apple. 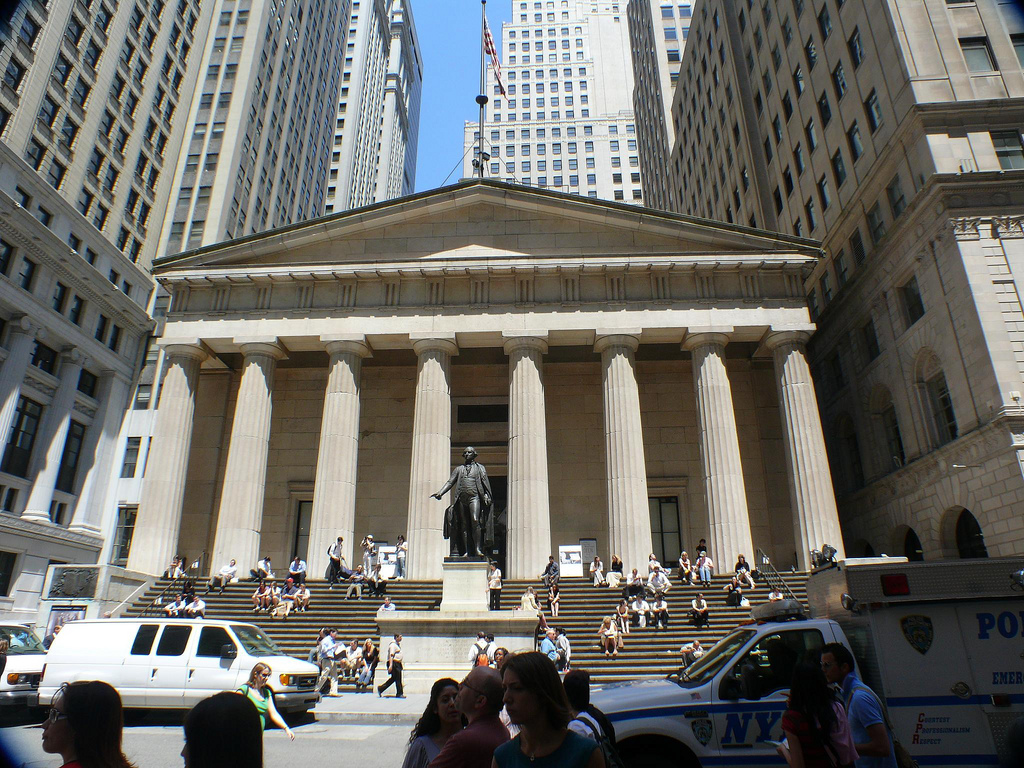 Federal Hall – 1833 – This Greek Revival building was built to replace the old City Hall on the same site that served as the nation’s first capitol building. And, did you know that it was here where George Washington was inaugurated as President? The Greek temple front symbolizes the young nation’s democratic ideals plus the notion of strength of the ancient Greek civilization. Today it is a free museum and National Memorial. 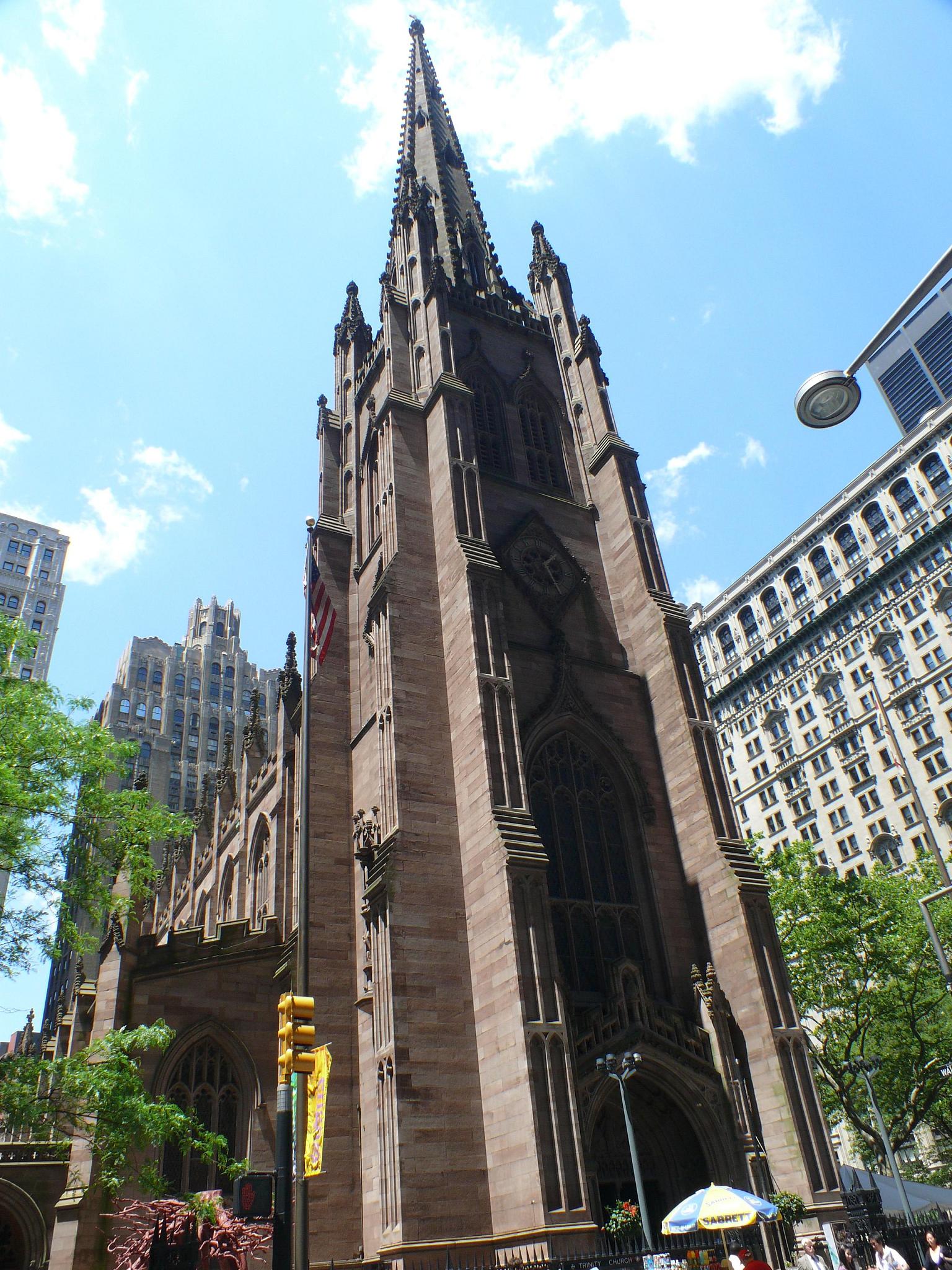 Trinity Church – 1846 – This Gothic Revival church is actually the third version of the Trinity Church. The first was burned during the Revolutionary War and the second one torn down due to a weak structure. In the churchyard, in addition to Alexander Hamilton's grave, there is a memorial to the unknown martyrs of the revolution buried on the grounds. The brown stone material used for this building was popular at the time of construction, in addition to the ornaments and stained glass found in the facades. 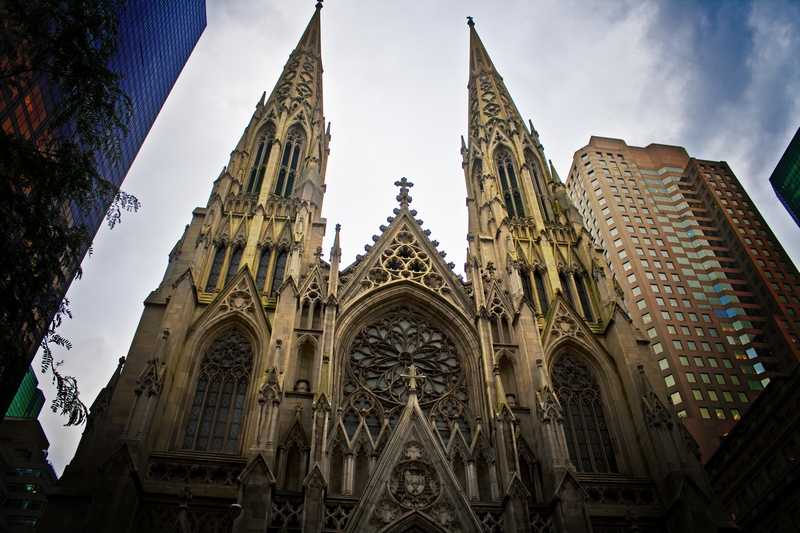 St. Patrick Cathedral – 1851 - St. Patrick's Cathedral is the largest decorated Neo-Gothic-style Catholic cathedral in North America. Its spires reach a height of 328 feet. Even though it was rebuilt after the 1866 fire, it is still the oldest Catholic Church in New York City. 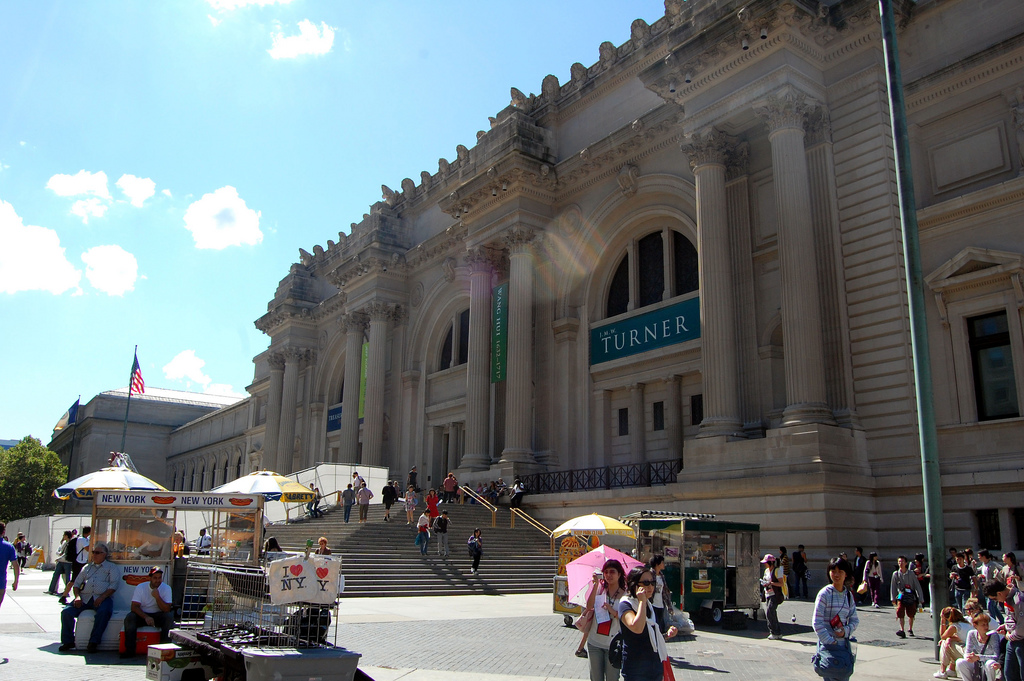 Museum of Metropolitan Art – 1880 – This Neoclassical building situated in Central Park and Fifth Avenue is the house for one of the most famous museums in the world. The design shows strength, culture, and wisdom; symbolizing the historic art sheltered inside. While it looks like a single design structure, the building is made by a series of expansions designed throughout the decades up until 1991. 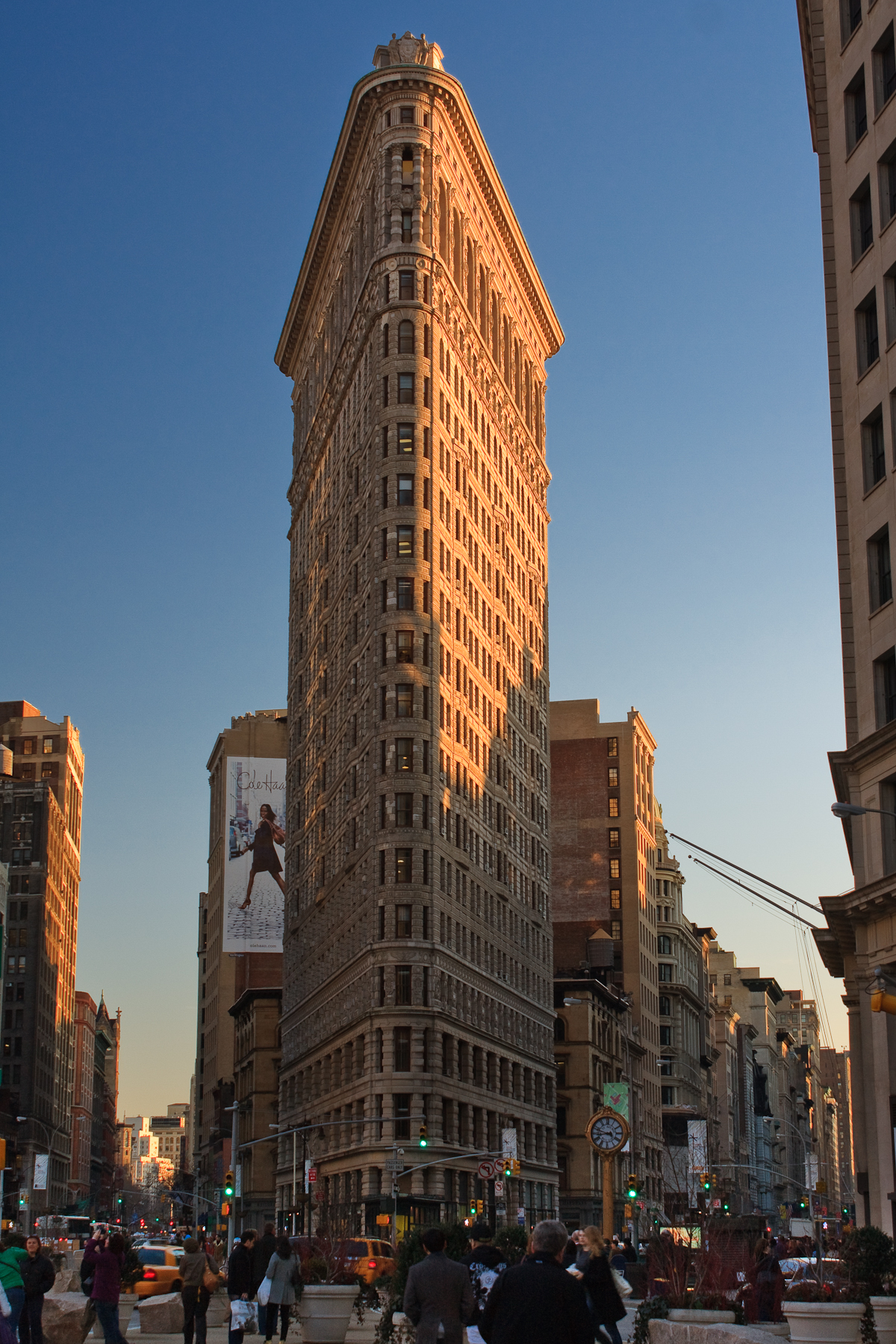 Flatiron Building – 1902 – This skinny looking and eye-catching building is considered one of the first skyscrapers in the city. Its design blends elements of French and Italian Renaissance architecture into one beautiful expression. The building's triangular plan was a clever response to the shape produced by the intersection of Broadway and Fifth Avenue. 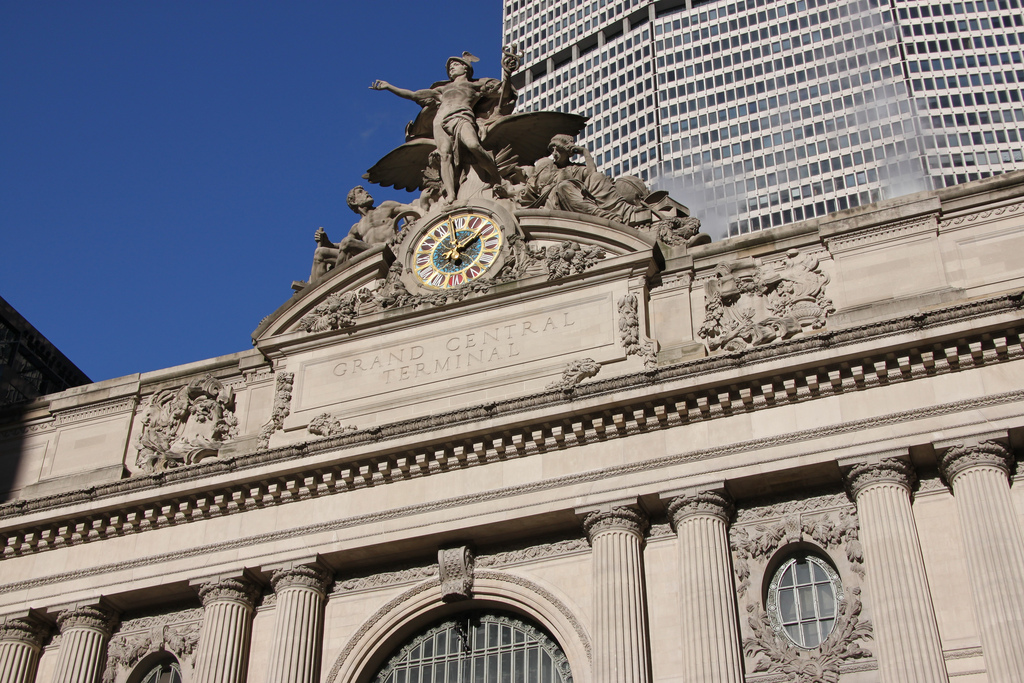 Grand Central Terminal – 1903 - Modeled on a merge between a Roman triumphal arch and a roman bath, the Beaux Arts façade and interior concourse of the terminal present a strong symbol that mixes antiquity with industrialization. It symbolizes the triumph of the railroad and it was envisioned as a gateway to the city and a portal to reach destinations outside it. 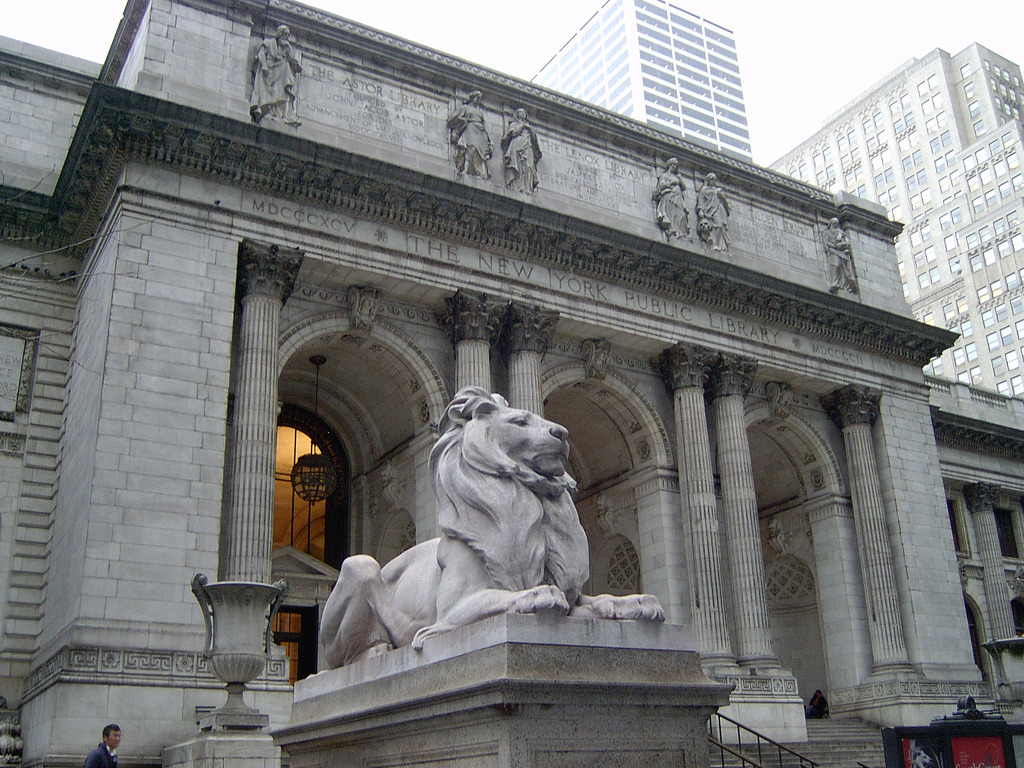 New York Public Library – 1911 – Even though the interior design of the library is not as extravagant as other buildings of the era, the exterior compensates for it with its combination of Classical and Beaux Art design. The main branch of the New York Public Library was the largest marble structure in the United States during the early 20th century. 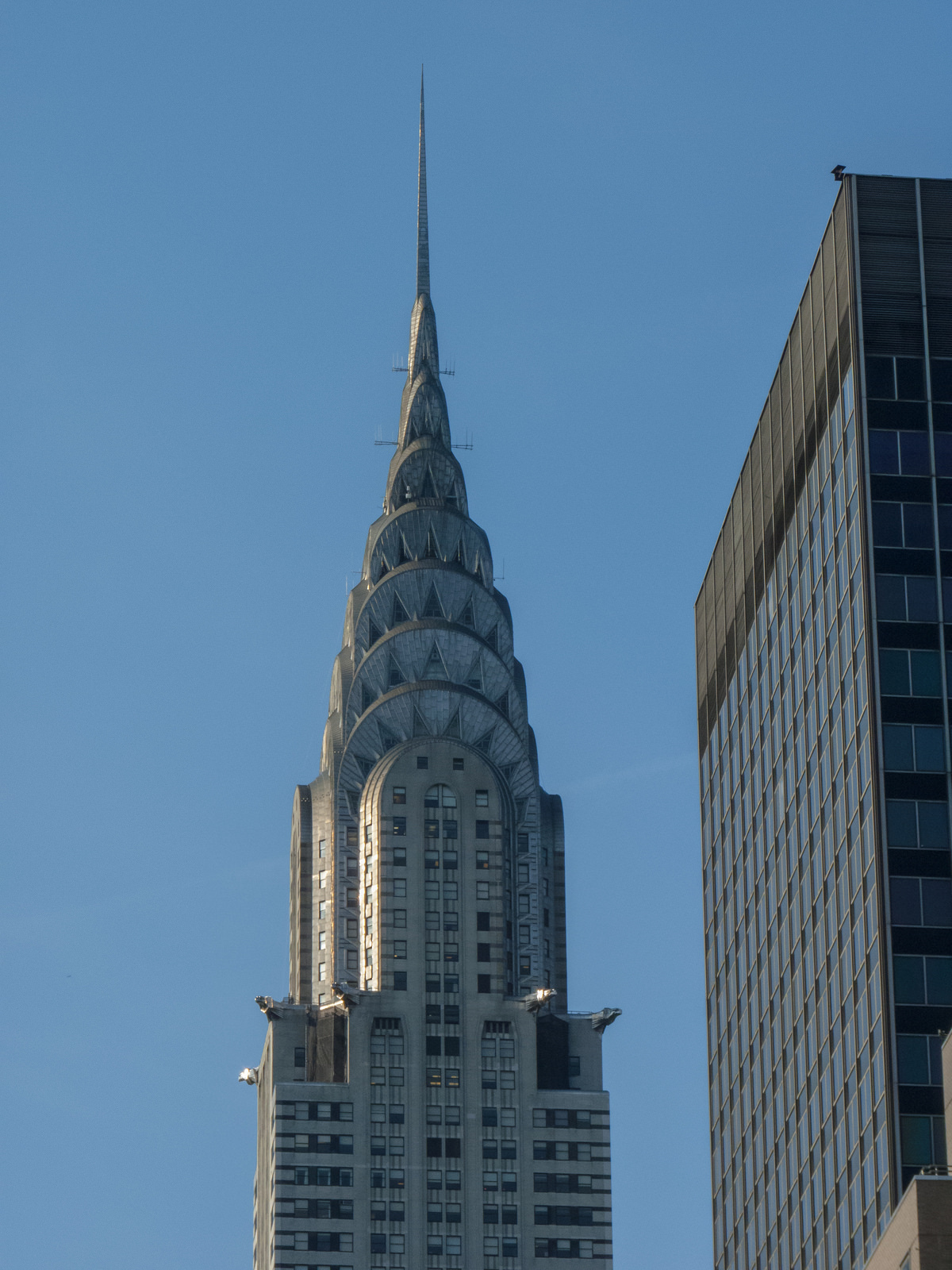 Chrysler Building – 1928 – It lived as the tallest building in the world only for a few months, but it became an everlasting icon of the city with its Art Deco design representative of the late 20’s and 30’s. Referencing the automobile, this is one of the first large buildings to use metal extensively on the exterior 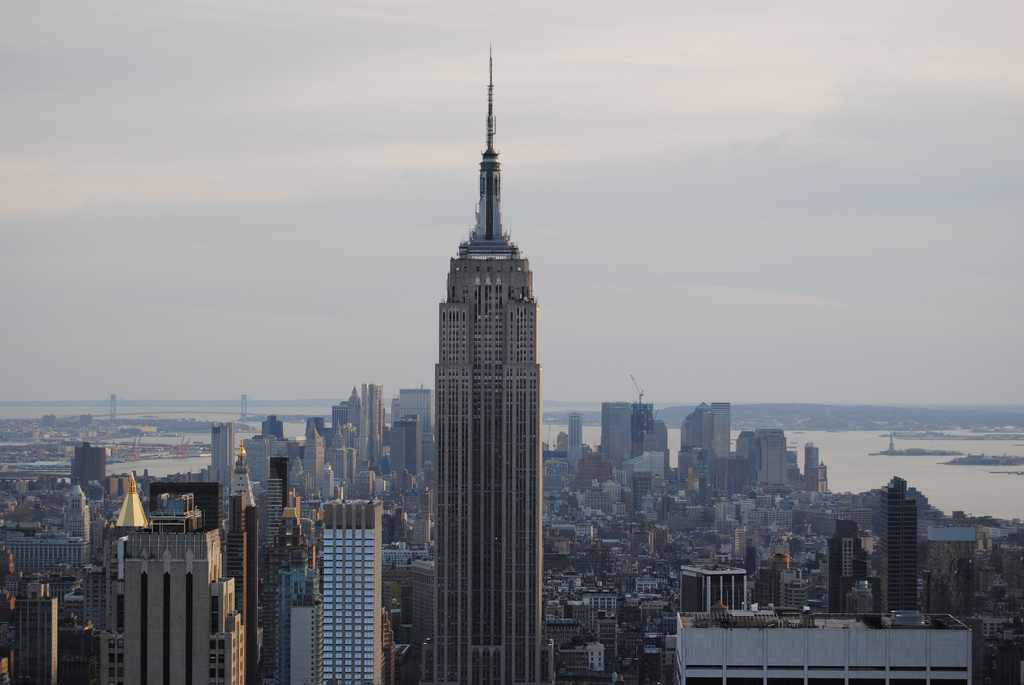 Empire State Building – 1931 – Probably the most famous building in all New York, The Empire State Building stood as the tallest building in the world from 1931 till 1975, when the World Trade Center took the title. When finished, it became the first building to cross the 100 floors mark (102 floors) and it broke the record of construction time. It took only one year and forty-five days to build this Art Deco masterpiece, considering it was built during the Great Depression. 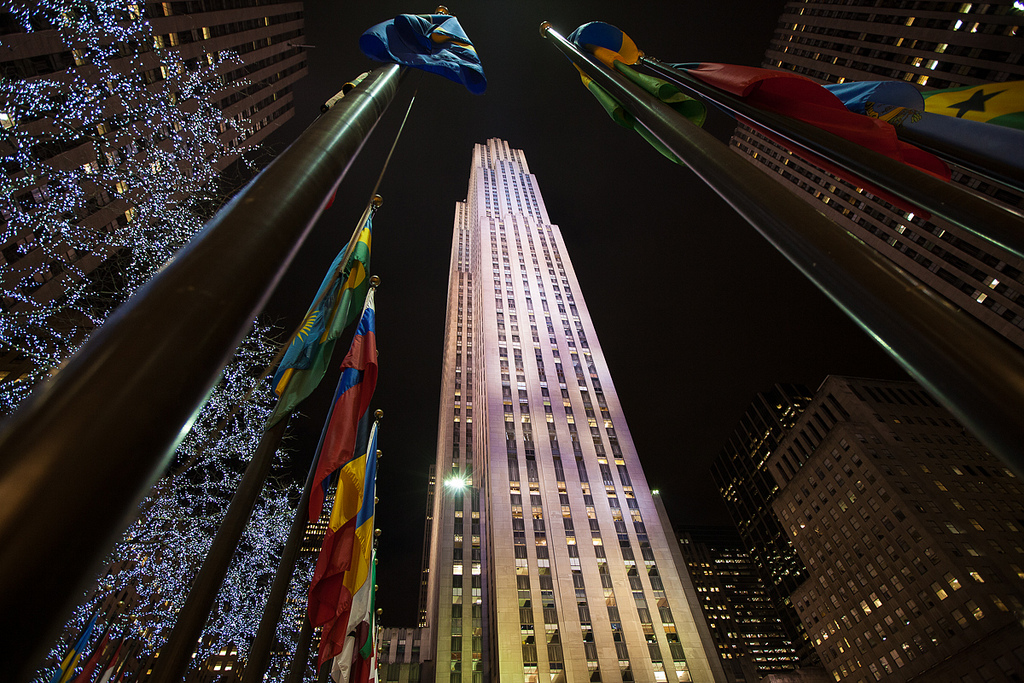 Rockefeller Center – 1932 – This complex of 19 buildings is one of the best examples of urban planning in New York. Here you will find Radio City Music Hall, the famous Rockefeller skating rink, and the Top of The Rock observation deck. 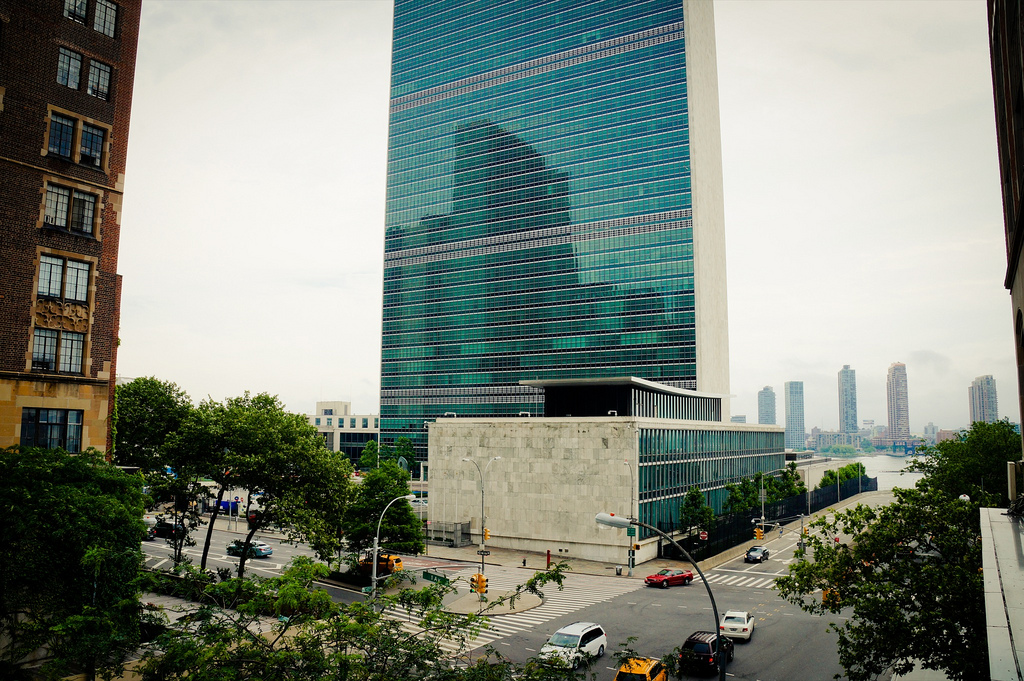 United Nations – 1947 – The U.N. 38 stories tower was the first mayor International Style design to be built in New York City, based on Le Corbusier’s plans – one of the most well known modern architects. This modern complex helped revitalize New York City at the end of WWII. 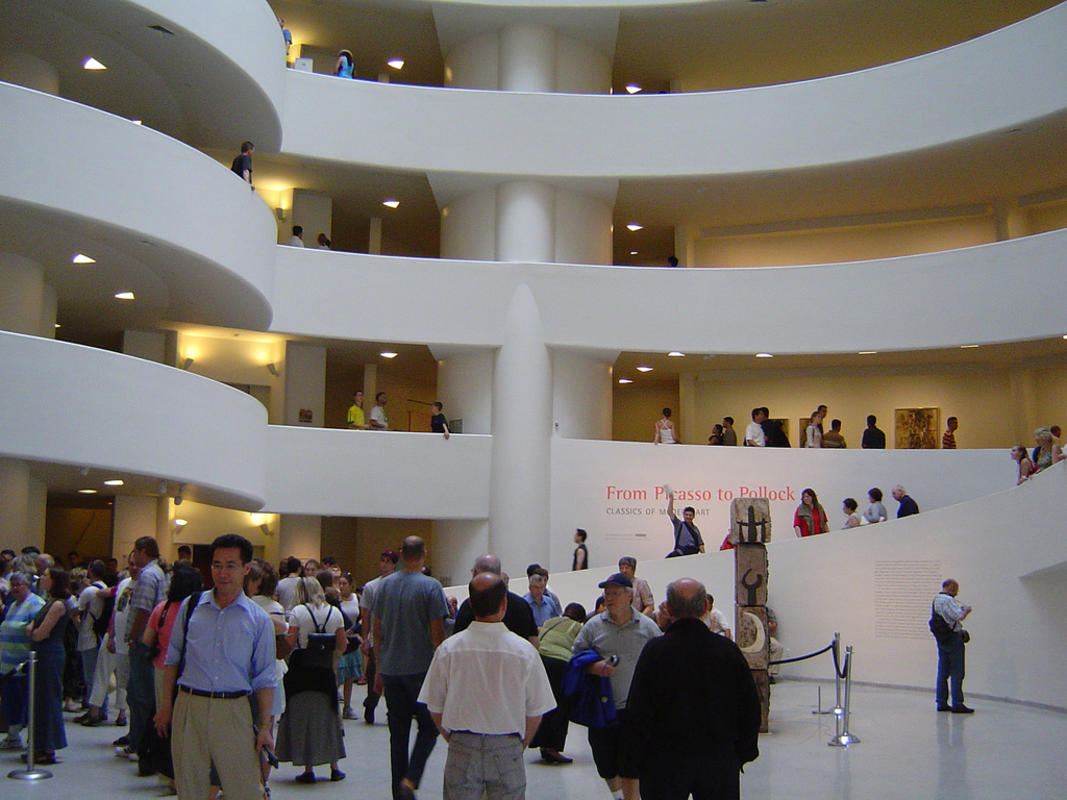 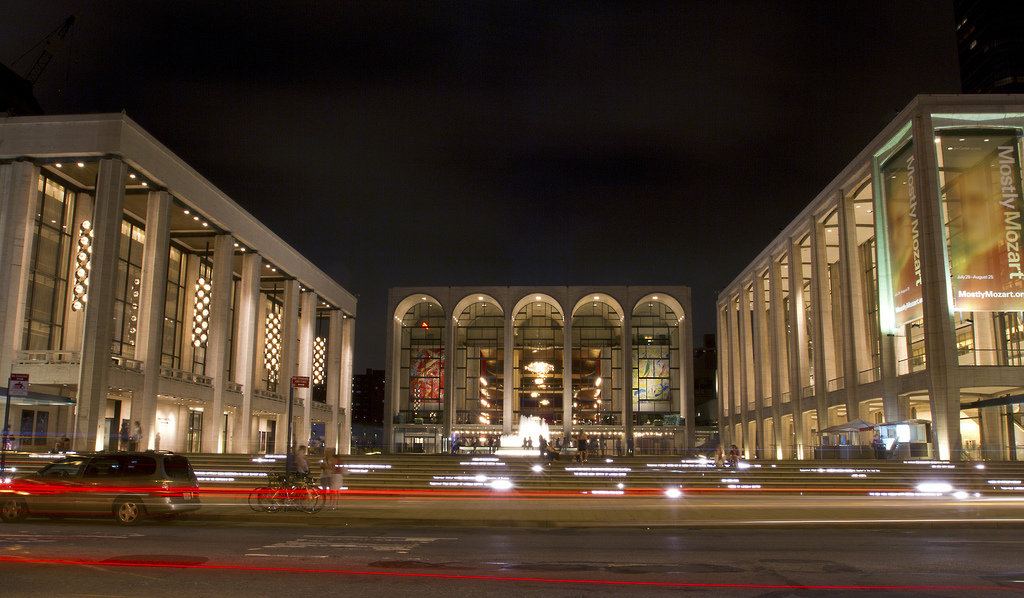 Lincoln Center – 1968 and 2009 – The Lincoln Center for the Performing Arts is comprised of several travertine buildings that surround an open plaza. The Metropolitan Opera House is the focal point of this complex, but it includes several other building, including the dynamically designed Alice Tully Hall, which was completely renovated in 2009. 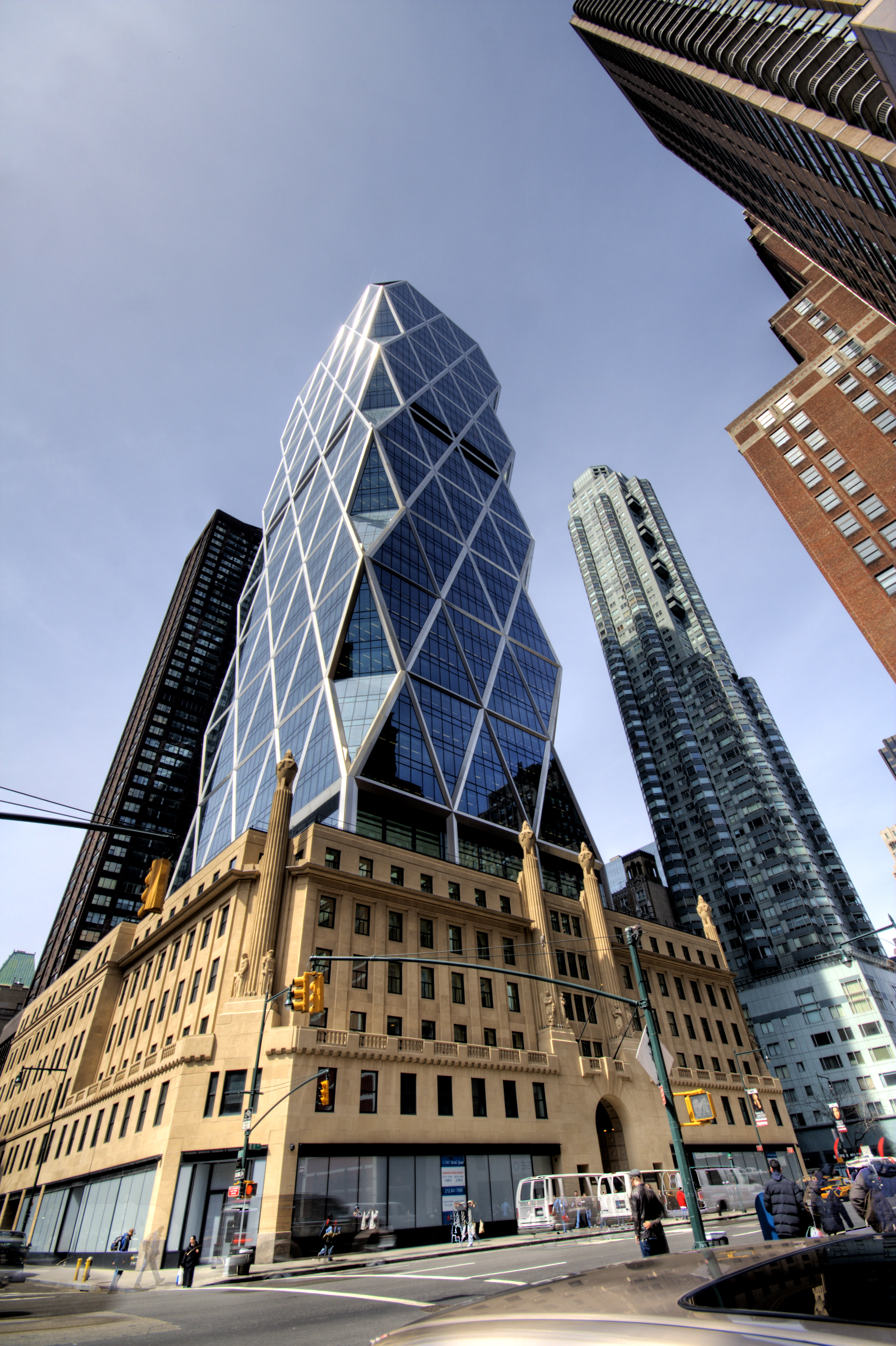 Hearst Tower – 1928 and 2004 – This interesting building combines an Art Moderne base with a Late Modern tower. The diamond shape pattern on the tower’s façade is derived from the creative structural frame designed by Sir Norman Foster. This is the first green building to be completed in New York City.

8 Spruce Street – 2011 – Designed by world renowned architect, Frank Gehry, this residential tower plays with dynamic shapes along its façade that represent the fluid motion of a malleable material – in contrast to the strong and rigid shape most towers have. By the time of its completion, it became one of the tallest residential towers in the world and the tallest one in the Western Hemisphere. 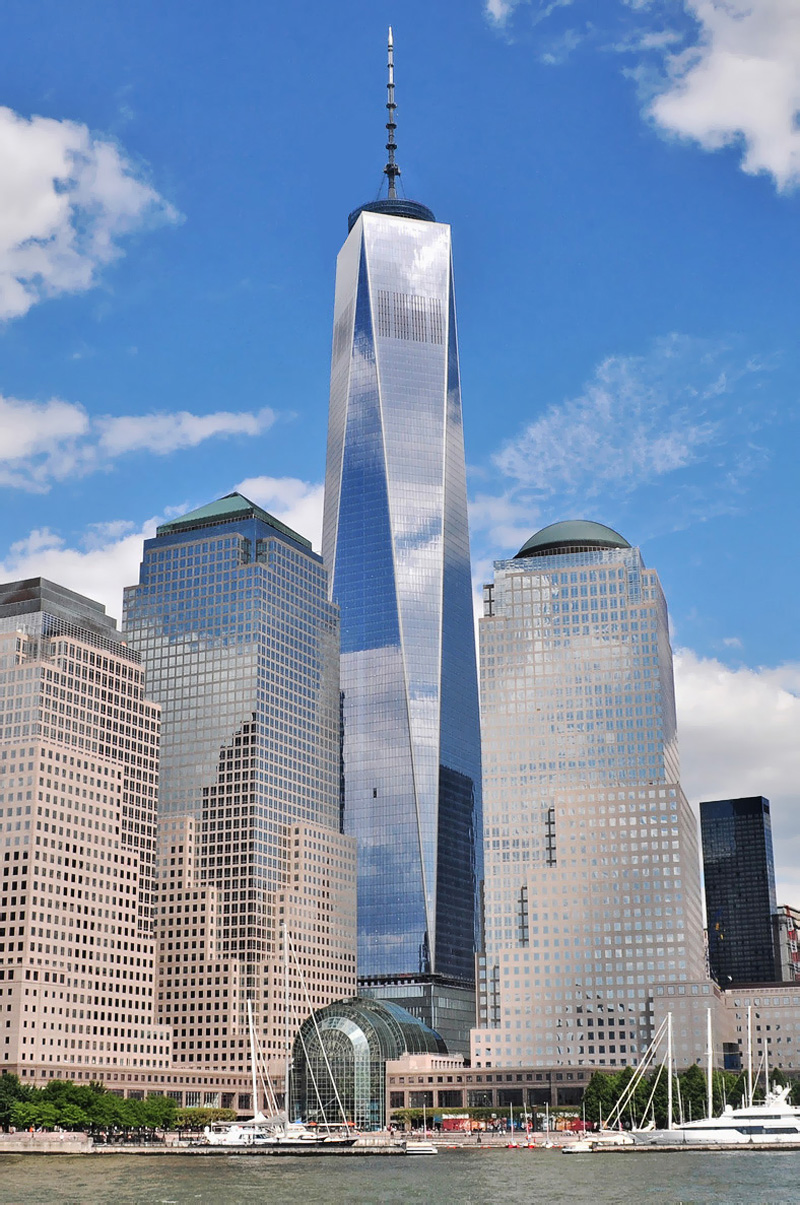 One World Trade Center – 2014 – Finally completed after the tragic 9/11 terrorist attacks in 2001, this emblematic tower is currently the tallest building in the western hemisphere, designed to symbolize America’s resilience to opposition. The original World Trade Center had a faceted tower that resembled an abstract form of the Statue of Liberty, while the new construction has a more simple symmetry and traditional profile, blending more seamlessly with the rest of Manhattan’s skyline. Next to the tower is the minimalist WTC Memorial, which shows the footprint of the former towers as two voids in the ground bordered by a curtain of water.

Can we say New York City is a chameleon of a city?