Whether it’s from Netflix’s “Queer Eye,” notoriously delicious barbecue, or the Royal’s 2015 World Series win, chances are you’re familiar with the city's hospitable people and incredible attractions, but there’s even more to love and explore here. 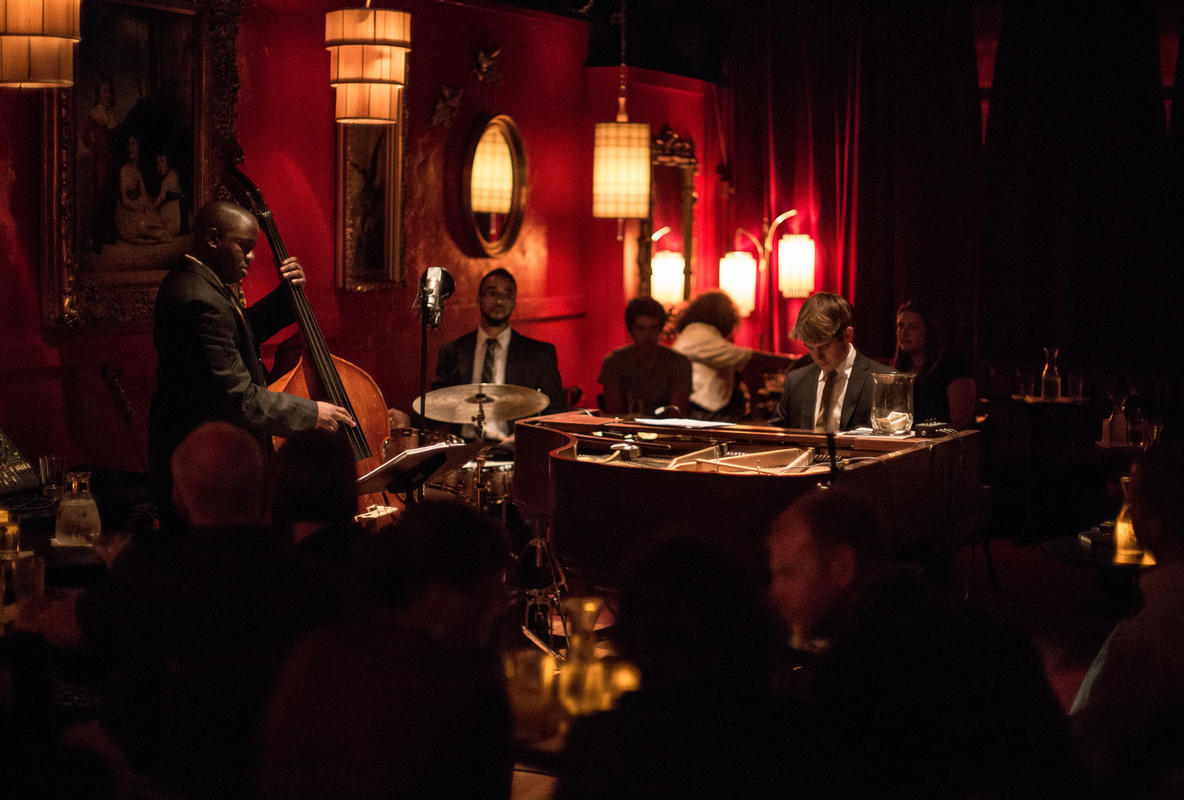 Located in the heart of downtown Kansas City and adjacent to the Kansas City Power & Light District is Sprint Center. On any given night, find acts like Luke Bryan, Justin Timberlake, Maroon 5 or Madisen Ward and the Mama Bear performing in the modern music and sports venue. Right next door in the KCP&L District, catch Miller Lite’s Hot Country Nights outdoor summer concert series, featuring country artists like Billy Currington and Gretchen Wilson.

While Kansas City knows how to party big, they should also be known for their more intimate music venues. Knuckleheads, a four-stage indoor and outdoor music venue, has a caboose for VIP seating in the outdoor stage area and brings in acts like Whiskey Meyers and the Danielle Nicole Band. It’s an unpolished, up-close-and-personal sort of venue that is just off the beaten path of downtown KC.

For a bit more polished but still intimate live music venue, check out recordBar in the Crossroads Arts District. With concerts nearly every night, recordBar has helped set the tone for local, regional and national acts to come to Kansas City.

Of course, it’s hard to think of Kansas City without thinking of jazz. KCMO, the birthplace of Bebop, is also home to the 18th & Vine Historic Jazz District. The district boasts live music performances, art exhibits, jam sessions and open mic nights, as well as the American Jazz Museum.Stop by for a comprehensive history of the impactful music genre, and learn more about the role jazz played for the city and its people.

If you just can’t stop the music in your soul, stop by the Green Lady Lounge in the Crossroads for live jazz music 365 days a year, along with some of the most glorious cocktails. The walls are a velvet red, the lights dim and the mood is reminiscent of a 1920s jazz club. 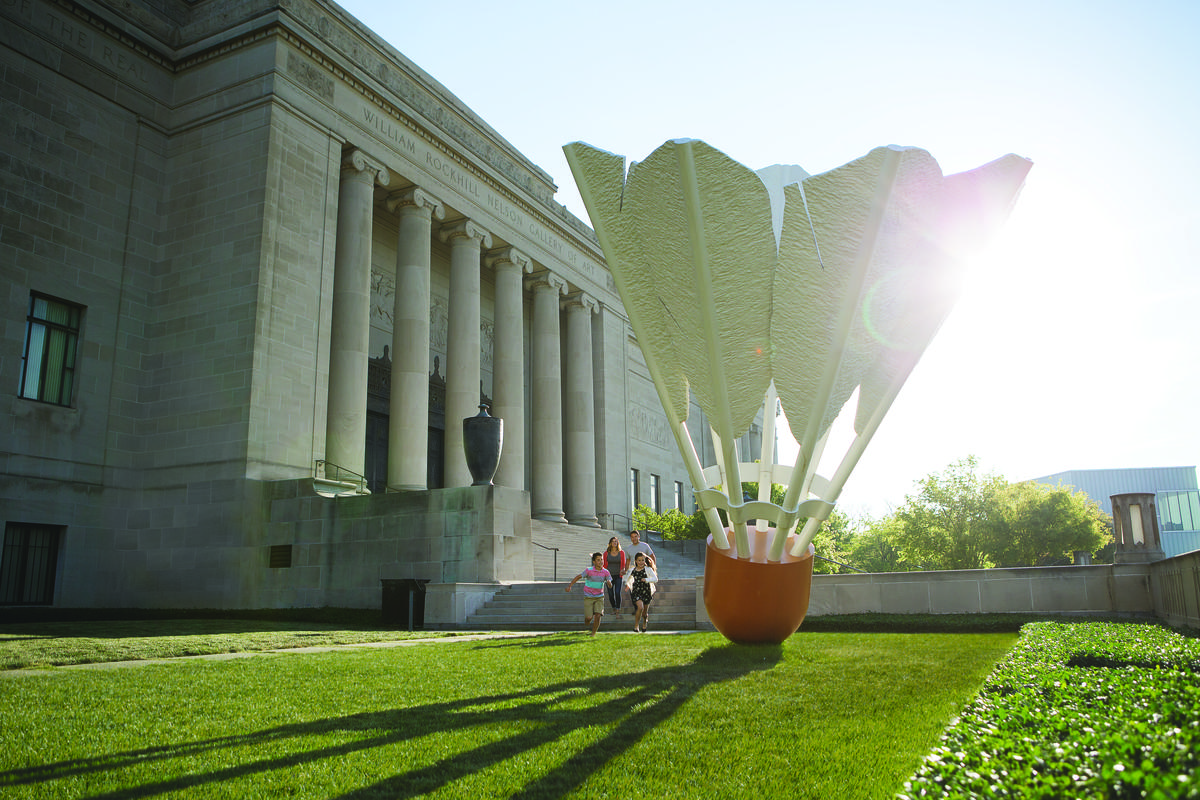 Shuttlecock, you say? The lawn of The Nelson-Atkins Museum of Art is a picturesque landscape in Kansas City. The four famous 18-foot shuttlecocks that depict a playful game of badminton offer the perfect Instagram photo-op before seeing the real treasures that can be found in the Nelson-Atkins. In 2015, the Nelson-Atkins began acquiring a multitude of classics by Cezanne, Degas, Manet, Monet, Picasso and more. The works of art previously adorned the Kansas City home of Marion and Henry Bloch, of H&R Block, before Henry donated them to the museum. The Bloch Galleries are a must-see stop in the museum, but be sure to stop by some of the many other stunning and awe-inspiring exhibits that cover more than 5,000 years of history. Then, peruse the sculpture garden before heading out to explore more of Kansas City.

Kemper Museum of Contemporary Art boasts a plethora of contemporary and modern works of art. Named after founders Bebe and Crosby Kemper, the museum is home to film and video exhibits, sculptures, paintings, photography, and more. It also houses Café Sebastienne, one of the city’s premier restaurants with contemporary American cuisine. Enjoy touring the museum, then stop by for weekend brunch, or try lunch or dinner depending on the day. Pro tip: Their Reuben sandwich is out of this world.

If performing arts are more your speed, get all dolled up for a trip to the Kauffman Center for the Performing Arts. The magnificent structure, completed in September 2011, is quintessentially Kansas City — diverse, modern and exciting. Kansas City Ballet, Kansas City Symphony and the Lyric Opera are all housed in the Kauffman, so if you’re looking to feel a little cultured, try something you’ve never done before or just revel in the beauty that is a ballet or symphony performance, you’re in luck because Kansas City has it all. 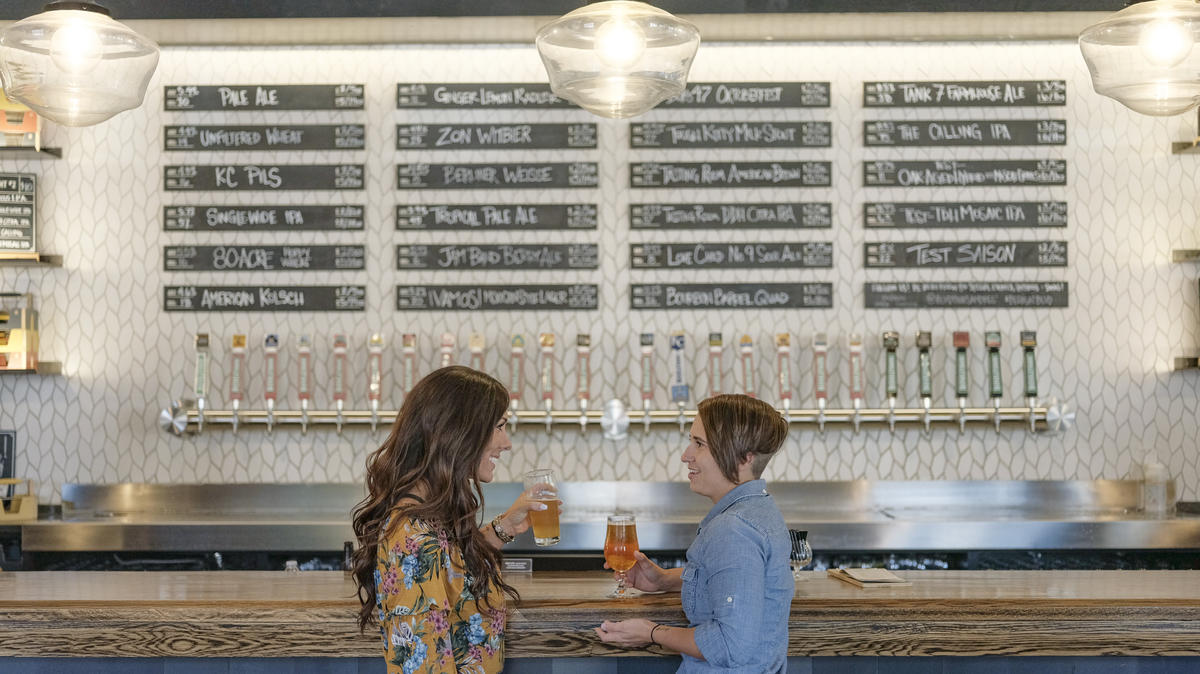 It comes as no surprise that Kansas City is basically synonymous with barbecue, but Kansas City is also synonymous with craft cocktails and beer. Boulevard Brewing Co. was founded in Kansas City, and has since expanded to not only a brewery, but a tours and rec center and beer hall, too. So take the Brewery Tour, a 45-minute walking tour complete with beer samples; the Smokestack Tour and Tasting, a two-hour brewery tour plus food and beer pairings, or some of the other tour and tastes options.

More into spirits? Kansas City has you covered on that front, too. Tom’s Town Distilling is responsible for some of the finest bourbon, gin and vodka. Take a taste in their downtown Kansas City prohibition-era-themed bar, or indulge in a tour — likely led by a man in a bow tie and vest.

Whiskey distillery J. Rieger & Co. was originally started by Jacob Rieger in 1887 before prohibition. Prohibition almost shuttered Rieger’s doors forever, but nearly a century after it ended, J. Rieger and Co. was resurrected with the help of award-winning bartender, Ryan Maybee and Jacob Rieger’s great-great-great grandson, Andy Rieger. The spirits (now expanded to include vodka and gin, along with their whiskey staple) are in such high demand, Rieger will open a brand new, state-of-the-art distillery and tasting room in summer of 2019. Once open, it will offer daily tours and tastings, an exhibit on the history of J. Rieger and Co. in Kansas City, and more.

You surely need a meal to complement all the brews and booze you’re trying out, so take the work out of deciding on a restaurant by visiting Parlor, a more polished version of a food court that has brought together seven restaurants with cuisines, like Korean comfort food at Sura Eats, hot chicken at Mother Clucker! and delicious sandwiches at Farm to Market.

For an authentic Italian experience, pop over to Lidia’s for homemade pastas and desserts. Lidia Bastianich is a local and national TV personality and someone who has immersed herself in her community. If you’re lucky, you might catch her in action during a visit. Lidia’s speciality, the pasta trio, is a delicious testament to scratch-made food, and the tiramisu just melts in your mouth. 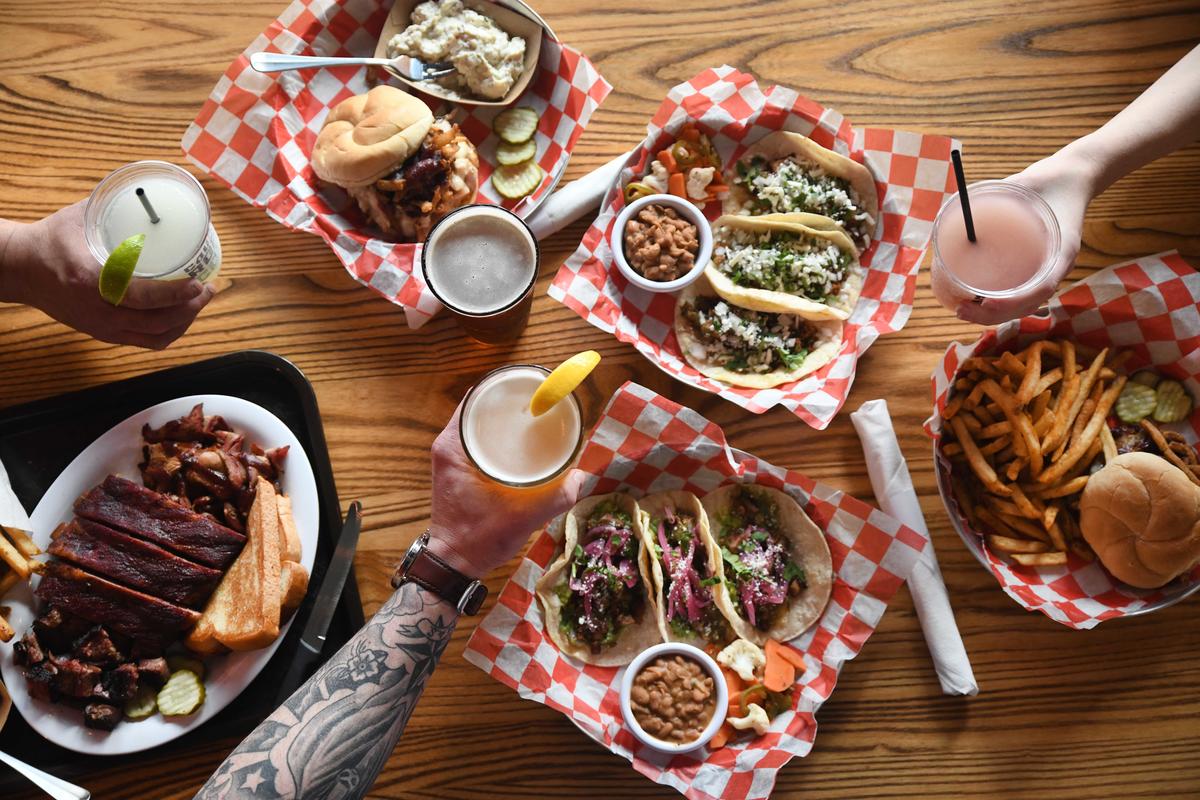 It would be a travesty to talk about food in KC without hitting on some of the best barbecue spots in the whole nation (yeah, we brag a bit). Arthur Bryant’s, birthplace of tender, melt-in-your-mouth burnt ends, has seen the likes of Presidents Jimmy Carter, Bill Clinton and Barack Obama. The order-at-the-counter joint is a staple in Kansas City. If you prefer to eat your barbecue with the napkin in your lap instead of tucked in your collar, check out Fiorella’s Jack Stack Barbecue, with numerous locations around town, and be sure to get their ribs. Joe’s Kansas City Bar-B-Que is another must-try. Located in a renovated gas station, Joe’s is an order-at-the-counter spot. Get the Z-Man, seriously. It’s slow-smoked brisket (you can sub in burnt ends or pulled pork) topped with cheese and onion rings. Who knew such a perfect vehicle for onion rings existed?

Kansas City is the destination for award-winning music, art, food and drink, and it's on the forefront of remaking the Midwest. So schedule a visit and see for yourself what the vibrant spirit of Kansas City is really like.