If you visited Kansas City 10 years ago, it’s time to book your ticket back or pack up the car because you won’t even recognize the modern, bustling, vibrant KC of today. You can’t get off the plane without feeling Kansas City pride; these people love their city, and they’re quick to tell you where to head first, the best place to eat and drink, and of course, their favorite barbecue restaurants.

If you haven’t heard of Boulevard Brewing Company, don’t worry—maybe you’ve just never had good beer. Boulevard Brewing Company was started in 1989 on Southwest Boulevard (hence the name) in a turn-of-the-century brick building. When founder John McDonald craved a full-bodied beer that wasn’t just a light lager, Boulevard Brewing was born. And it was quick to take off. Soon, John knew he needed to expand, and expand he did. By the end of his third year, Boulevard was producing more than 7,000 barrels a year. In 2006, with $25 million raised, a 150-barrel brewhouse, packaging halls, an event space and offices were built. This brewery is woven into the fabric of Kansas City, with its dozens of varieties of beer served all over the metro and its iconic brick smokestack as a staple of the KC skyline. 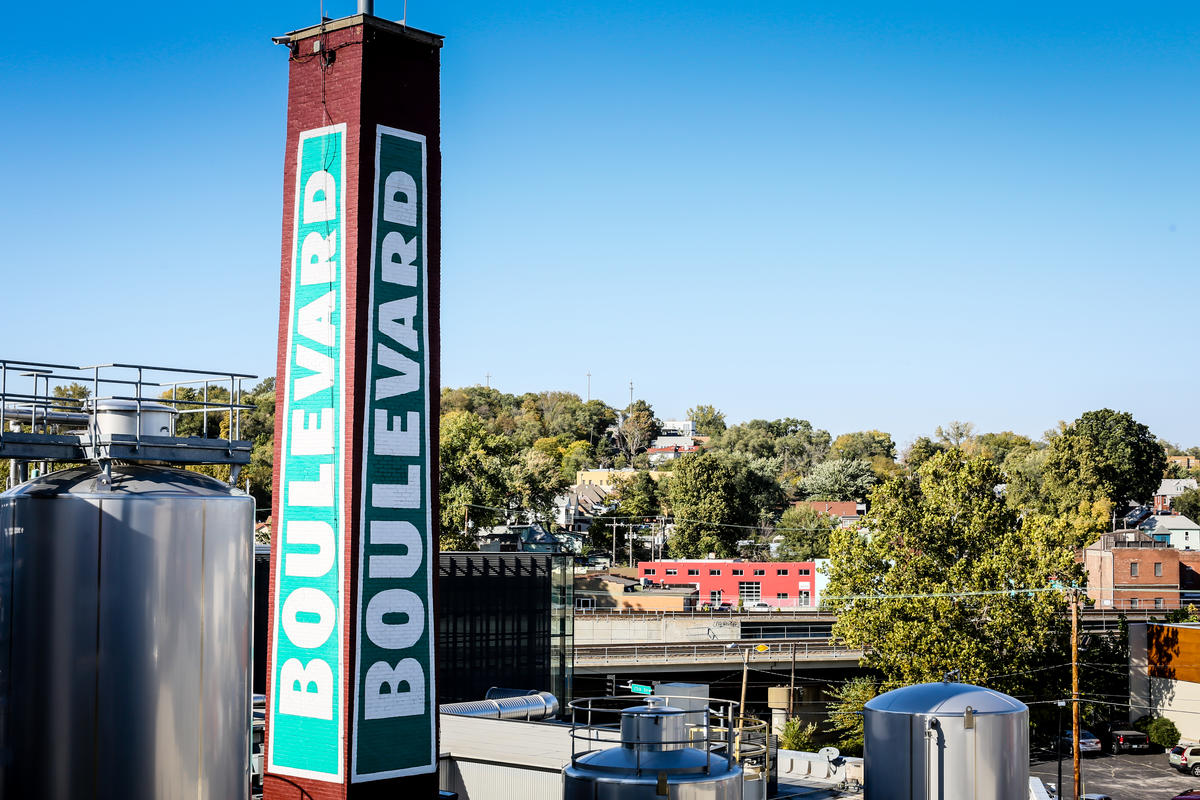 The brewery offers numerous tasting tours, but the standard option is chock-full of information and every tour guide has extensive training on the history of the brewery and a vast knowledge of beer. That’s $5 well spent. You wrap up in the Boulevard Tours & Recreation Center next door to the brewery space, where you can try any of the beers sold in stores, plus a few special or test batches. Grab a snack, too, or peruse the gift shop for a souvenir pint glass. We took home two, plus a mug and a dog shirt. 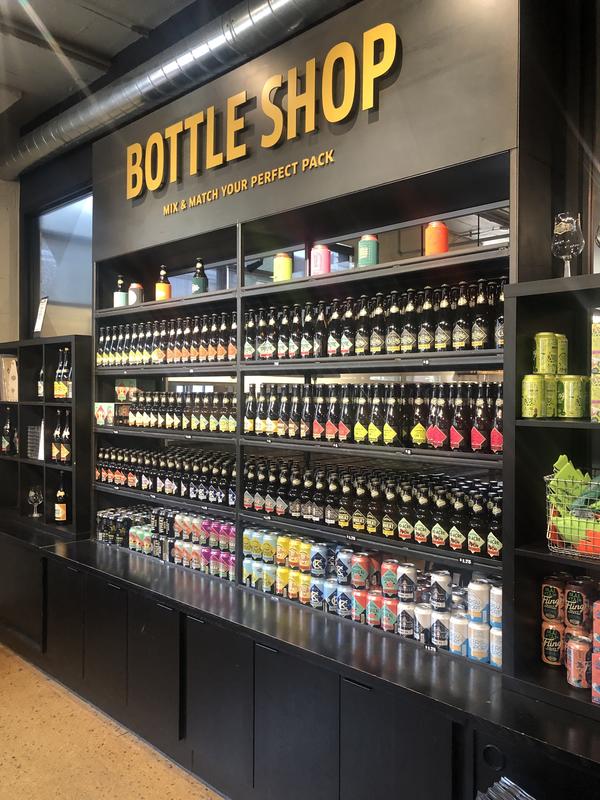 In fact, breweries are popping up here left and right, and the Crossroads Arts District in Downtown KC has become a brewery mecca. Casual Animal Brewing, Brewery Emperial, Border Brewing Co., Double Shift Brewing Co. and Alma Mader Brewing are just a few options available, and they’re always trying something new. Walk in on any given day and you’re likely to find a few new brews and some very happy patrons.

If you prefer liquor to beer, Kansas City has distilleries to offer, too. J. Rieger & Co. was started in 1887 by Jacob Rieger. Before Prohibition, the distillery was a landmark in Kansas City for visitors. The iconic whiskey bottle greeted visitors, and it was a profitable business before Prohibition closed the doors for what was thought to be forever—until Jacob Rieger’s great-great-great-grandson decided to start the business back up. Andy Rieger, with the help of local bartender Ryan Maybee, began distilling once again in 2014. They make whiskey, of course, as well as vodka and gin. In summer 2019, the company will open its most ambitious project yet: a distillery and event space that is unlike anything Kansas City has ever seen. We got a sneak peek of the space—just wow. 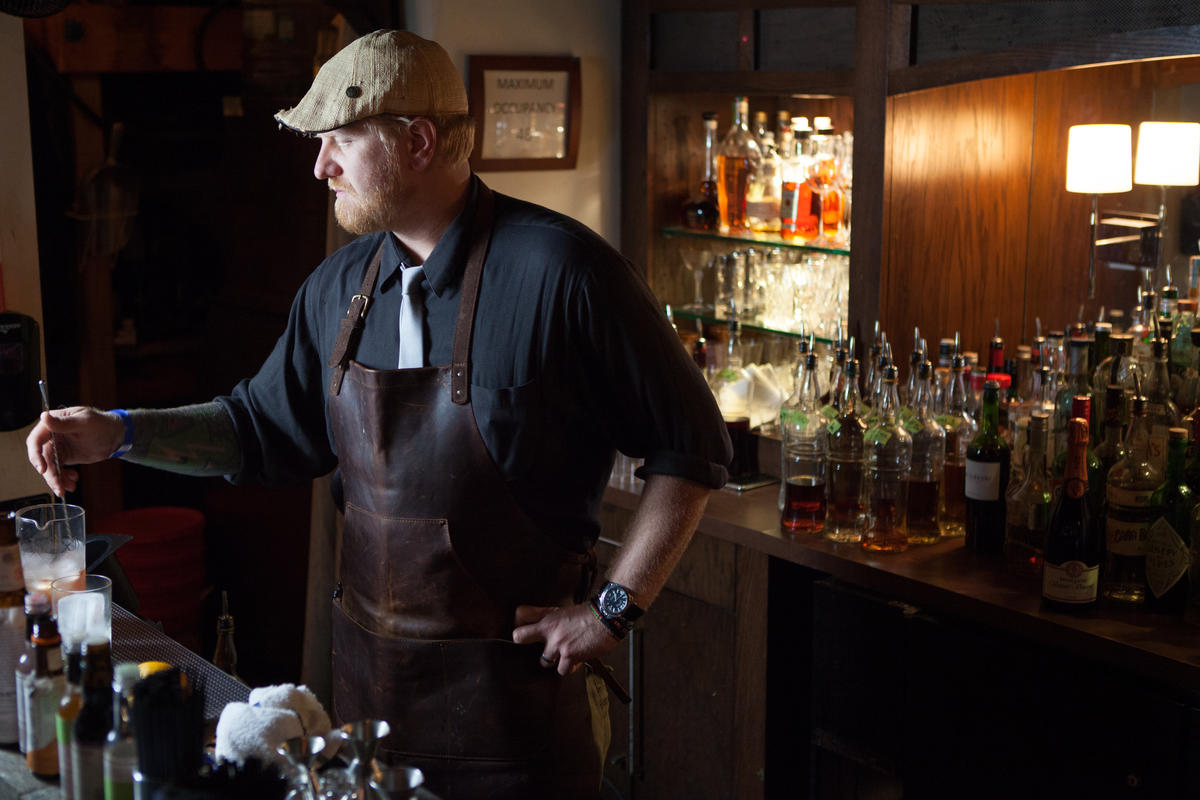 The two-story building will feature three vastly different bars, event spaces, meeting rooms, a kitchen, and an outdoor sitting space and garden. There will be tours and an area to learn about the history of J. Rieger & Co. Oh, and there will be a 40-foot indoor slide, because why not? The basement bar will also feature old-school games, like darts and Scrabble. We’re already planning a trip back to spend a whole evening enjoying this new KC attraction. And we’re telling all our friends about it, and our families, and random people on the internet. Basically, you’ve got to go. 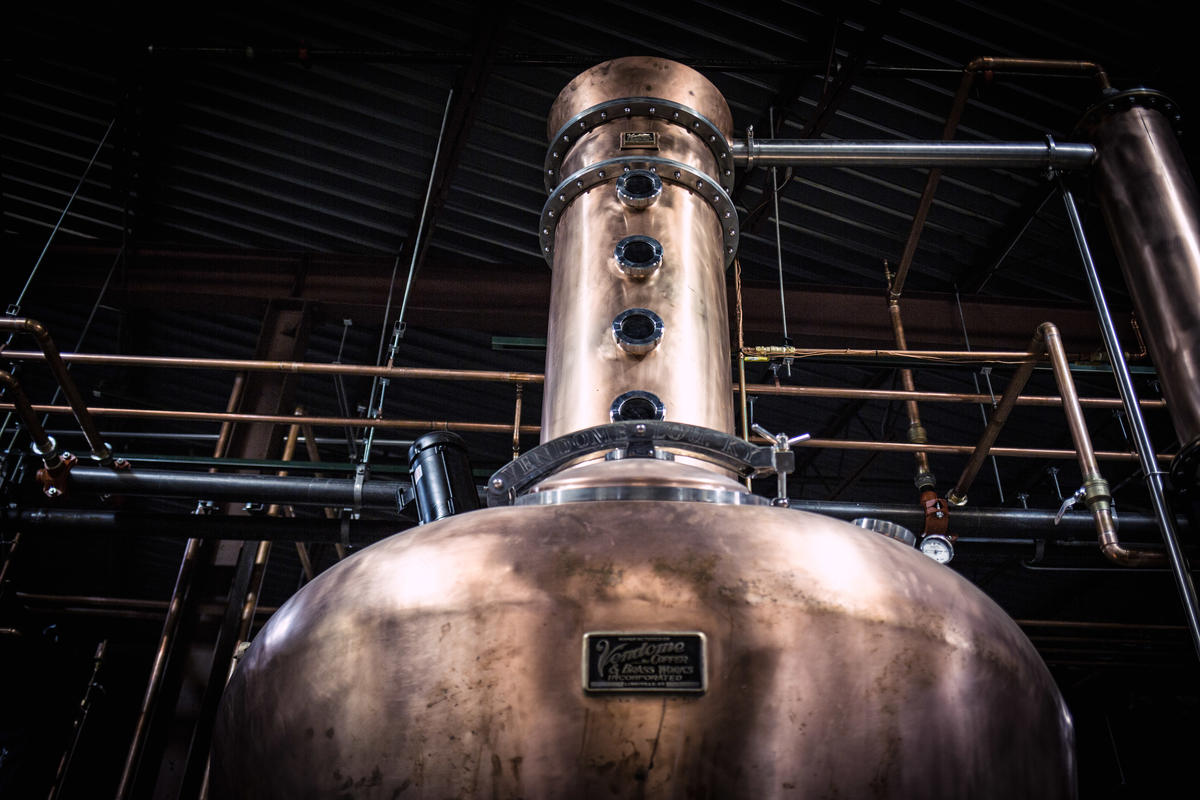 Another new space is perched atop the brand-new Crossroads Hotel. Located in, you guessed it, the Crossroads Arts District, the Percheron rooftop bar has the most spectacular views of Kansas City from all directions. Look out one way to see the Kansas City Convention Center's iconic spires and the Kauffman Center for the Performing Arts lit up, or turn the opposite way to see the newly relit Western Auto sign shining in the night sky. There’s also bocce ball and other outdoor games, plenty of seating and a full bar for you to enjoy. If it’s too chilly, though, head back downstairs to the bar in the lobby of the Crossroads Hotel and still feel just as trendy and chic. The Crossroads Hotel is a one-of-a-kind, loft-style hotel that seems pulled out of a big city with all the Kansas City perfection you've come to love. The rooms are gorgeous, especially the Vault Suite we stayed in, with an entry room, immensely comfortable king-sized bed, desk and luxurious bathroom—plus it’s pet-friendly! What we're saying is, we wanted to move in.


Also in the Crossroads is Parlor, a polished food court with a variety of dining options—Korean, fried chicken, sandwiches—and two fantastic bars with custom drinks. We tried the Ladykiller, a pretty pink drink served with an edible little rose, but if you’re torn on what you want or just can't decide, the bartenders are quick to help you out. 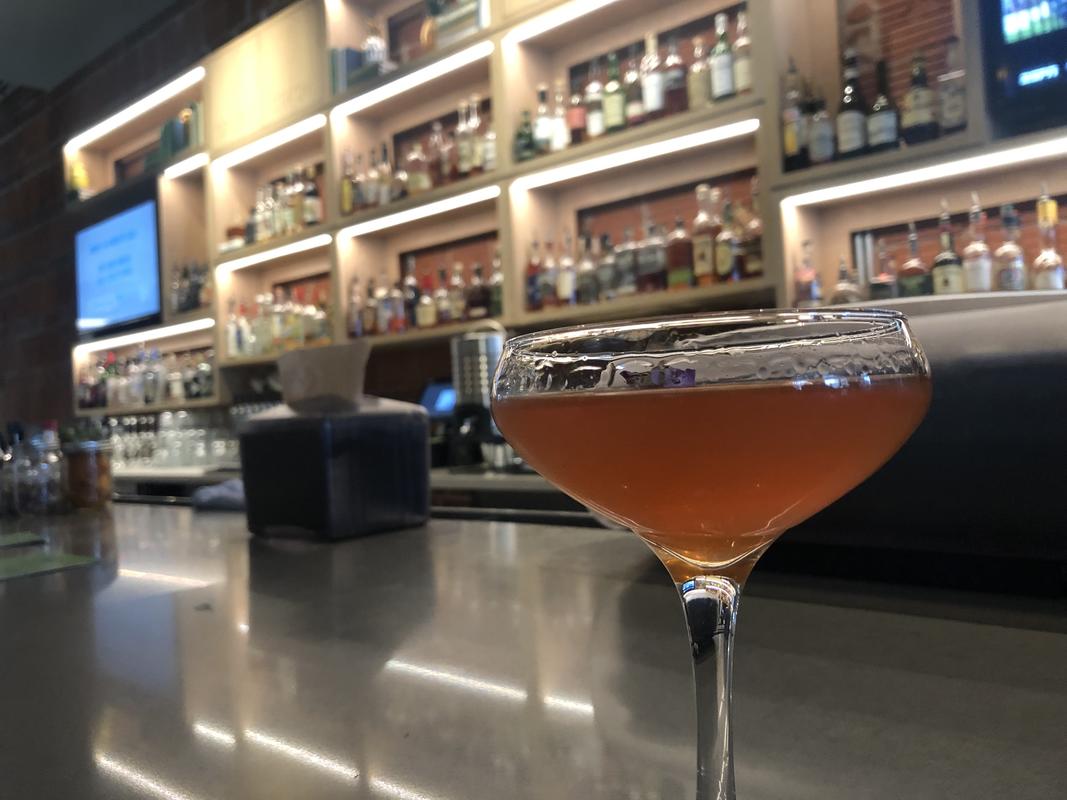 It’s true that Kansas City is becoming an even more chic and modern metro area, but it still has its original loves, like jazz at the Green Lady Lounge. Whether you choose to stay upstairs or head downstairs to the basement, both offer a Roaring ‘20s speakeasy vibe. The red-velvet-colored walls and dimly lit chandeliers create a sultry and exciting ambiance, while the live jazz music every night of the week transports you into an era of flapper dresses and fedora hats. 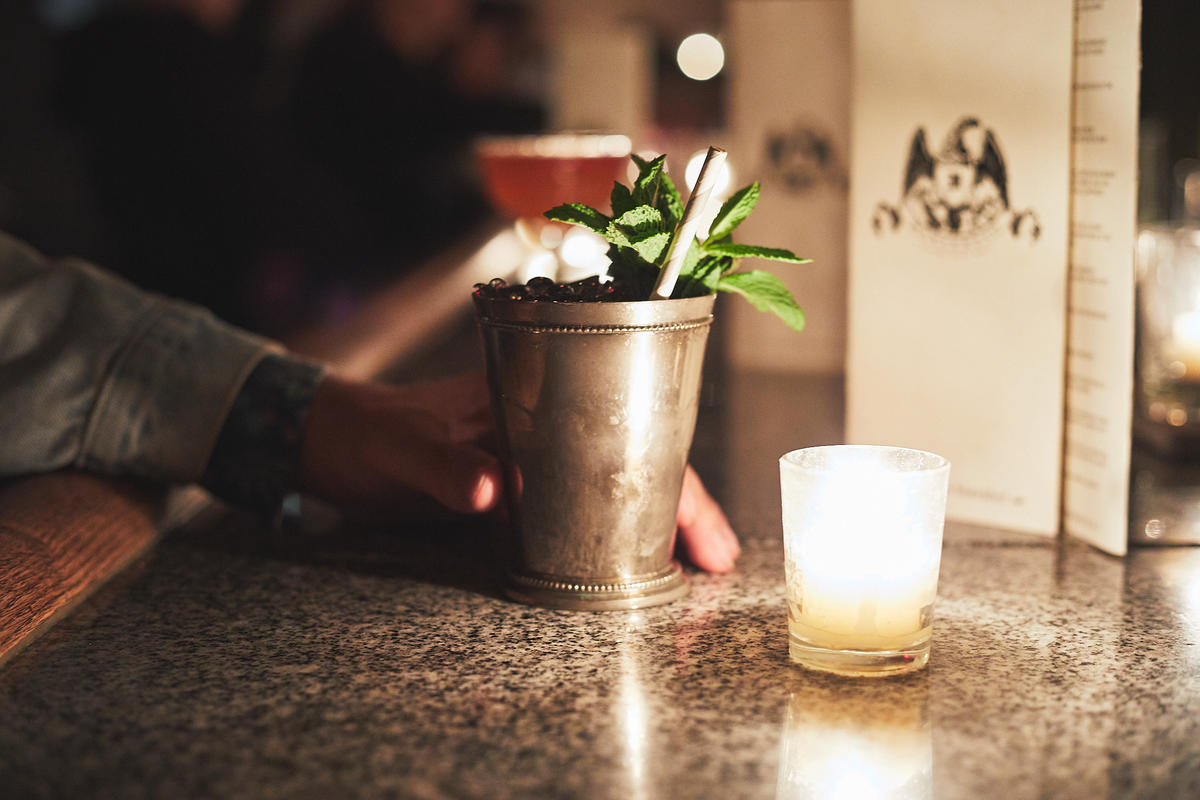 If you hadn't gathered by now, Kansas City is a place you want to tell people you've been, and once you do, they certainly won't need any convincing. Kansas City now is all the things you once loved—approachable and friendly—but with a chic, modern and vibrant twist.