This content was produced in partnership with Louisiana Travel.

Within an hour and a half of Baton Rouge, Louisiana are so many darling towns worth a visit. These day trips offer a chance to see another part of Louisiana, ones with quaint main streets, exciting festivals, delicious, homemade meals and tons of history.

We got the chance to explore a few of these towns in late September, and we’d go back in a heartbeat.

Our first stop was in Morganza, Louisiana, about an hour from Baton Rouge. Usually only heard about during talks of opening the Morganza spillway, a crucial waterway to control flooding, this small town truly is itty bitty. But on this day, thousands of people, most wearing leather or a Harley-Davidson t-shirt, flocked to it for a festival celebrating the 50th anniversary of the filming of the movie “Easy Rider." 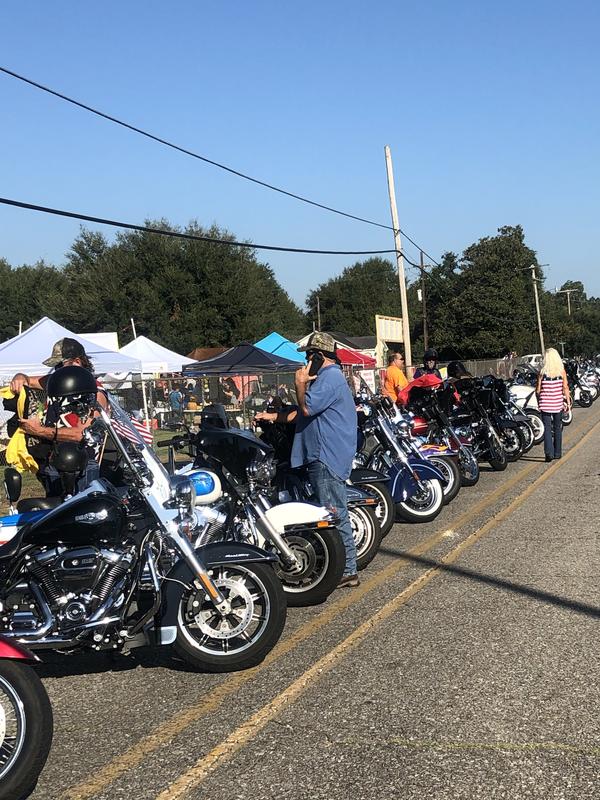 Two scenes in this iconic film were shot in Morganza, and as part of a town revitalization project headed by Natalie Thompson, this festival brought in bikers from around the country to take a ride past the filming locations. In additional to movie memorabilia on display, the festival doled out some amazing jambalaya cooked by a world-record-setting and award-winning cook and the town’s special Morganza cake — rich chocolate cake with a decadent caramel icing. 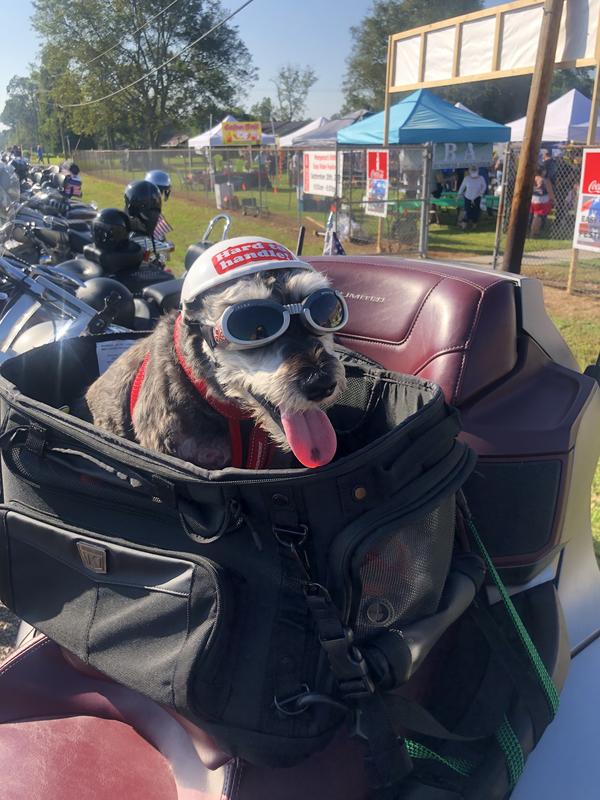 The motorcycle ride, which took approximately two hours including stops, wound down tree-lined roads and past sugar cane farms all under a blue sky dotted with cotton-like clouds.The riders had a blast cranking up their radios and talking to one another through headsets, stopping and laughing with each other and overall just enjoying the camaraderie of the ride. It couldn’t have been a more idyllic day. This tiny town and its inviting people left a lasting impression, and with easy access to the Mississippi River and its tributaries for boating or kayaking, it is a perfect day trip for the whole family. 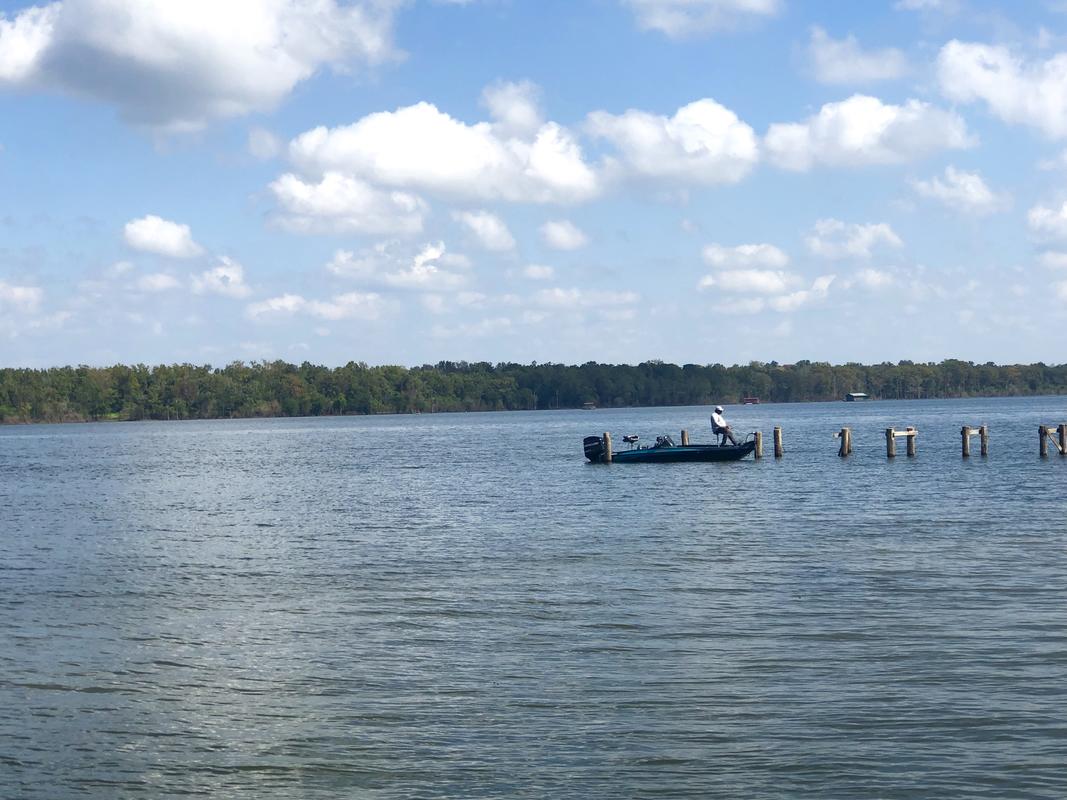 Alligator Fest, which is held at the end of September in Luling (an hour and 15 minutes from Baton Rouge), is another one-of-a-kind festival. For everyone not from the South or who hasn’t tried alligator, most anyone will tell you it tastes like chicken, and they aren’t far off. We tried alligator egg rolls, alligator tamales and alligator nuggets. Besides being stuffed, it was a wonderful smorgasbord of alligator fare. 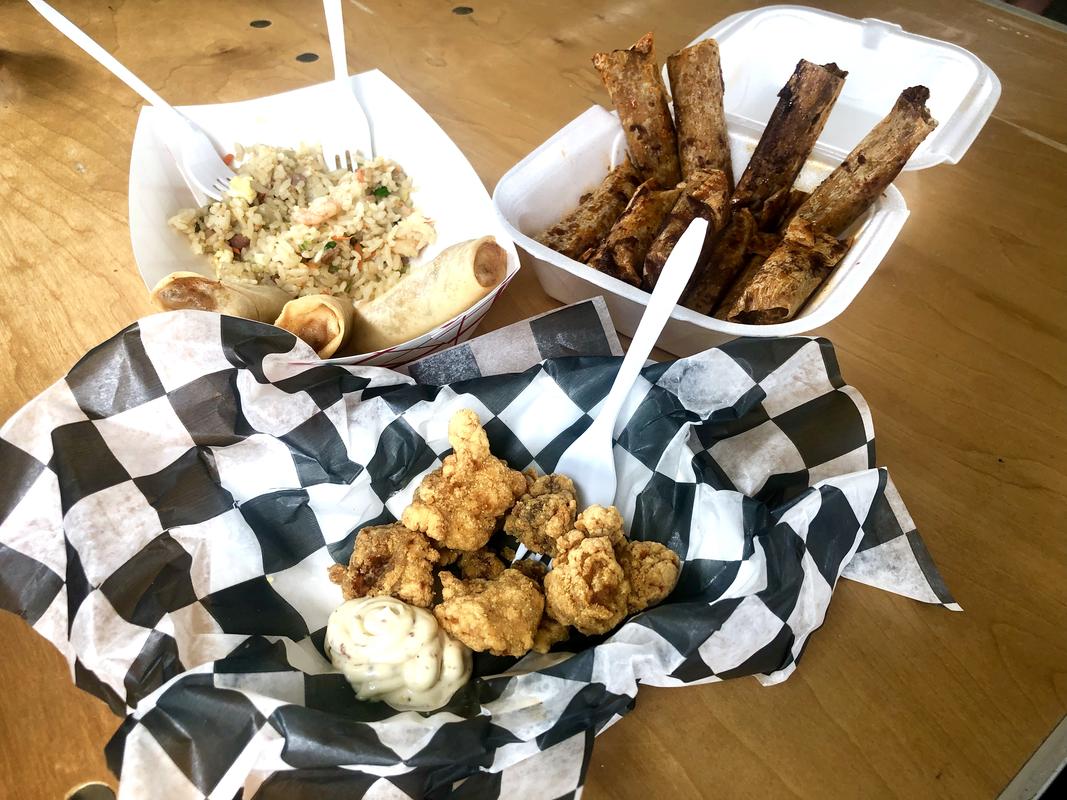 One of the favorite attractions at the festival, though, was easily Kliebert’s Alligator Farm. There were young alligators to hold, baby and adult turtles to feed, snakes for the braver visitors and...wait for it...a young wallaby! The whole Kliebert family, kids and all, were there to assist and answer questions. It was such an incredible experience, and their calm demeanor made everyone there feel comfortable holding, feeding and handling these awesome animals. 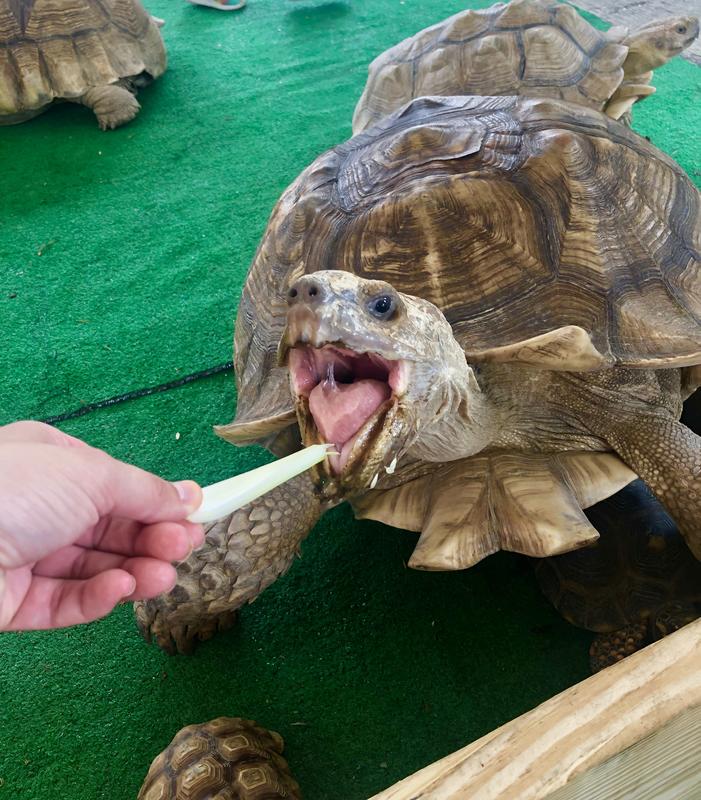 Also, in late-September, you can see the skies in Ascension Parish light up with carnival rides and an incredible array of hot air balloons. Ascension Parish, about 30 minutes from Baton Rouge, plays host to the amazing Ascension Hot Air Balloon Festival each year. And this year, the Boucherie Festival joined forces with the Hot Air Balloon Fest for a delicious combination of jambalaya, cracklin’ and all things pork. For those that don’t know, cracklin’ is pork back fat, rendered down, fried and salted. And it is so good.

The Boucherie Festival sees dedicated cracklin’ and jambalaya cooks come together to compete in their respective finals to take home the title of boucherie jambalaya or cracklin’ champ. These cooks were up and cooking before the sun, and for a lot of them, they were going up against their children who’ve grown up watching their parents compete. It’s really a delicious family affair. 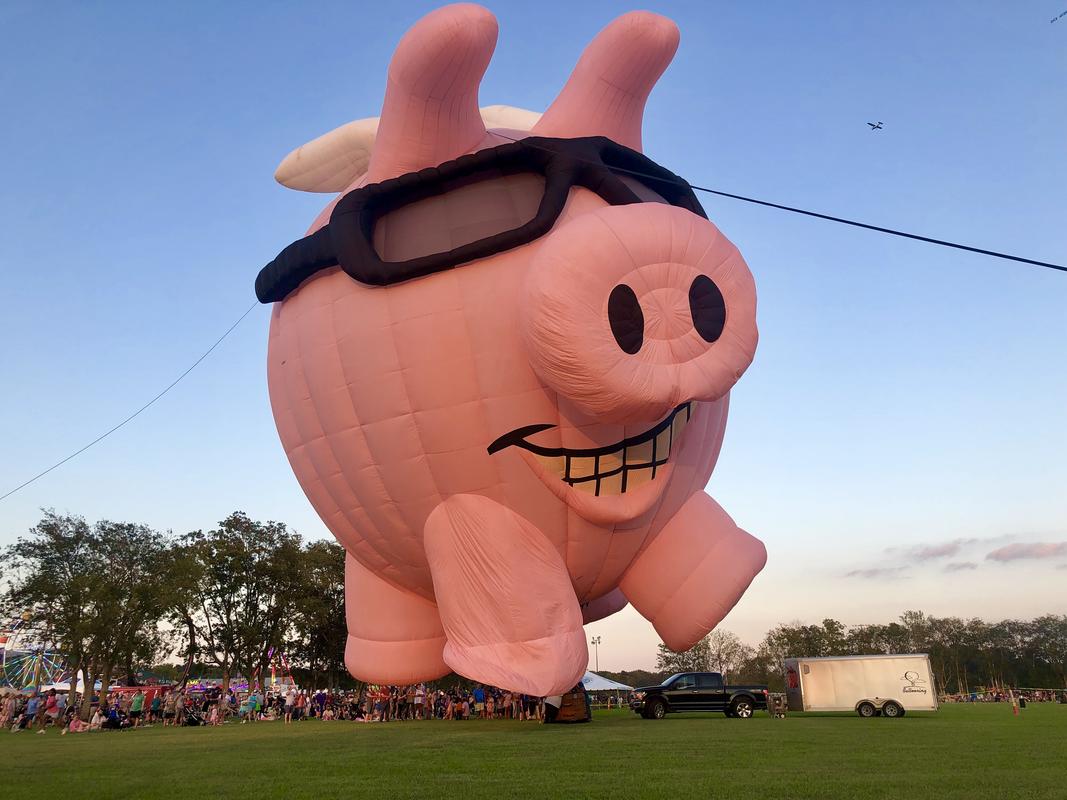 While the cooks got going before dawn, the hot air balloons’ time to shine (or glow) started around dusk when the operators began the process of inflating their balloons with a mix of blown air and fire. One by one, colorful, kaleidoscope-looking balloons, a smiling pig, a cowboy, and a vintage-looking Coca-Cola balloon, among other themes, popped up. By the end of the inflation process, there were at least a dozen gorgeous hot air balloons lighting up against the backdrop of the starry Louisiana sky. 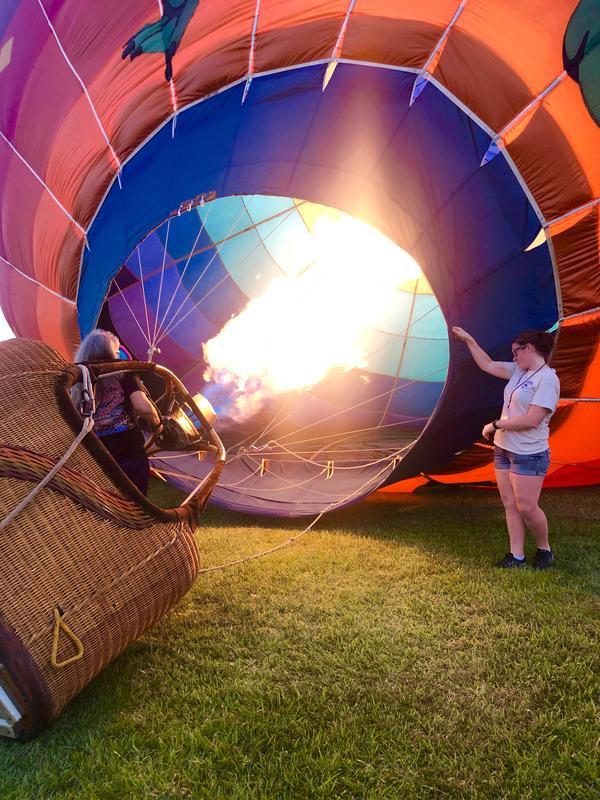 Hundreds of people lined up to take tethered balloon rides, while others parked themselves on one of the open lawn areas with a picnic blanket and a caramel apple or funnel cake to watch in awe as the balloons fired up in unison for the balloon glow. 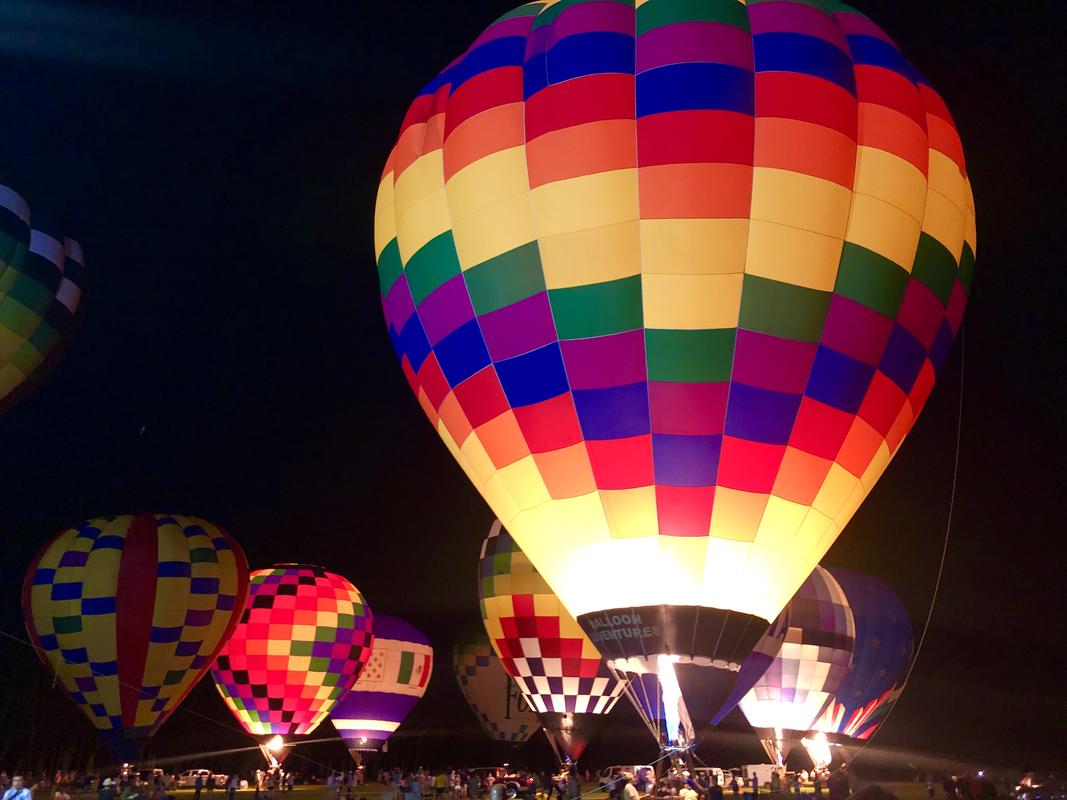 For a truly picturesque day spent exploring history, drive about 30 minutes from Baton Rouge to the Nottoway Plantation in White Castle. Not only is it a historic property and the South’s largest antebellum mansion, it’s also a relaxing resort should you decide to extend your day trip into an overnight trip. 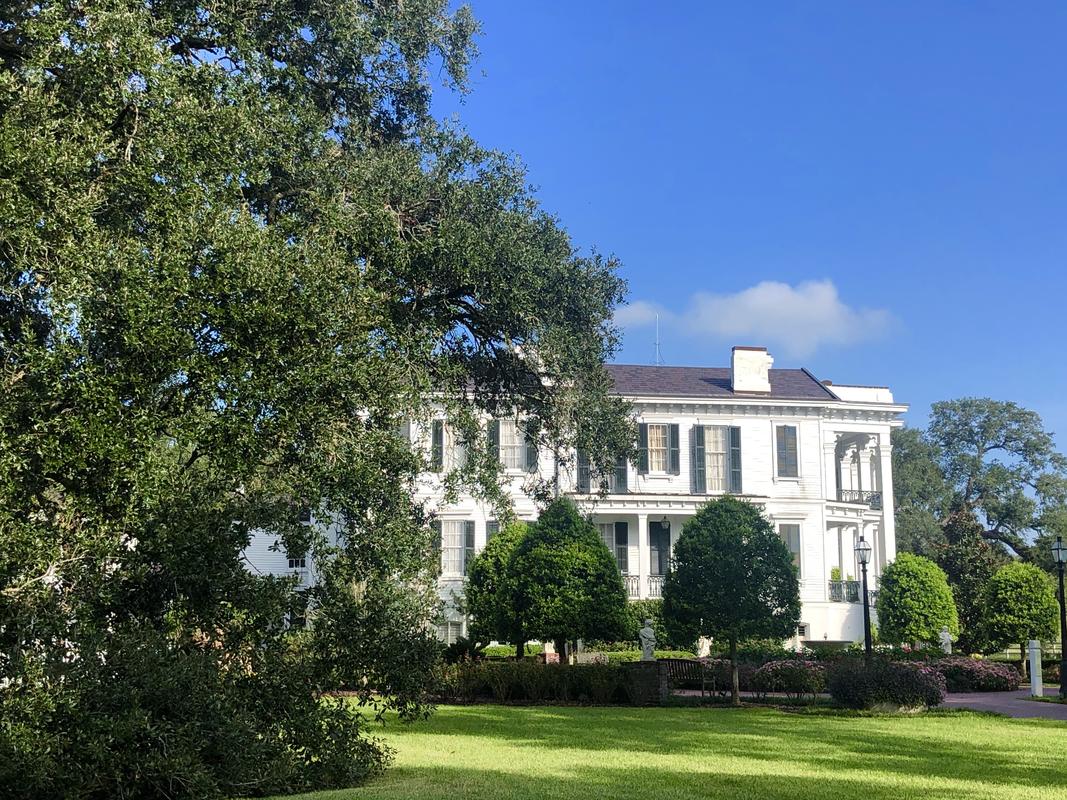 The beautiful Nottoway has been restored and preserved to look as it did in 1859, complete with perfectly decorated grand rooms, bedrooms, and living quarters. The three-story main house features massive white columns and grand balconies overlooking the grounds that just ooze southern charm. 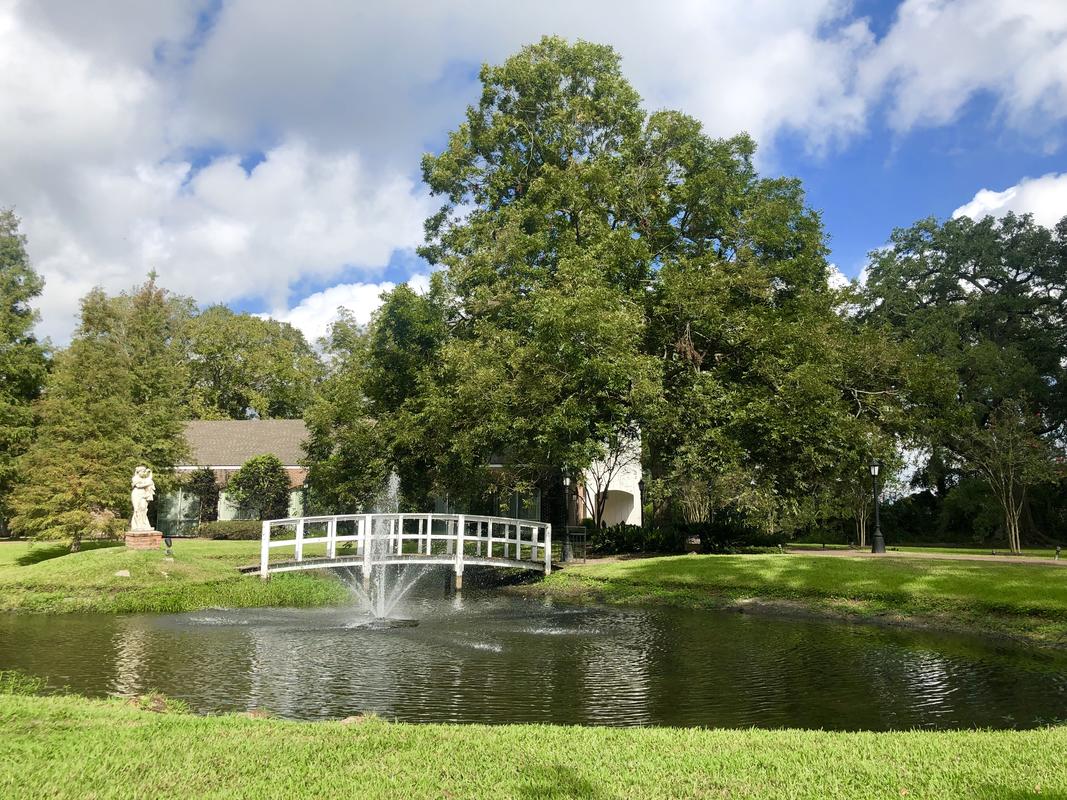 Back in the mid-1800s John Hampden Randolph, a sugar planter who wanted to make a show of his exorbitant wealth, commissioned the Nottoway Plantation for his wife, himself and their 11 children. He spared no expense, as evidenced by the amount of cypress wood used. For example, the entirely white grand room features a curved ceiling complete with ornate molding took six years to create.

For more fun tidbits, you can take a guided or audio tour. While you’re there, stay for a meal or plan to be there for their delicious Sunday brunch and then explore the on-site museum. The entire property includes 40 overnight rooms, a restaurant and a cafe, outdoor pool and cabana, a honeymoon suite and bridal dressing room.

Baton Rouge, with it’s gorgeous Old State Capitol, Arts and Science Museum and Riverwalk, offers lots to do, but with the added bonus of plenty of exciting day trips, the city acts as the perfect basecamp for an eventful long weekend.

11 Festivals to Experience in Louisiana (Besides Mardi Gras)