7 Moments That Will Make You Say "Only Louisiana"

Home to Cajun and Creole culture and traditions, incredible outdoor experiences and countless celebrations, it won't take you long to figure out Louisiana is a state with plenty of character and charm. Here are the moments so unique to the state, they'll make you say, "Only Louisiana." 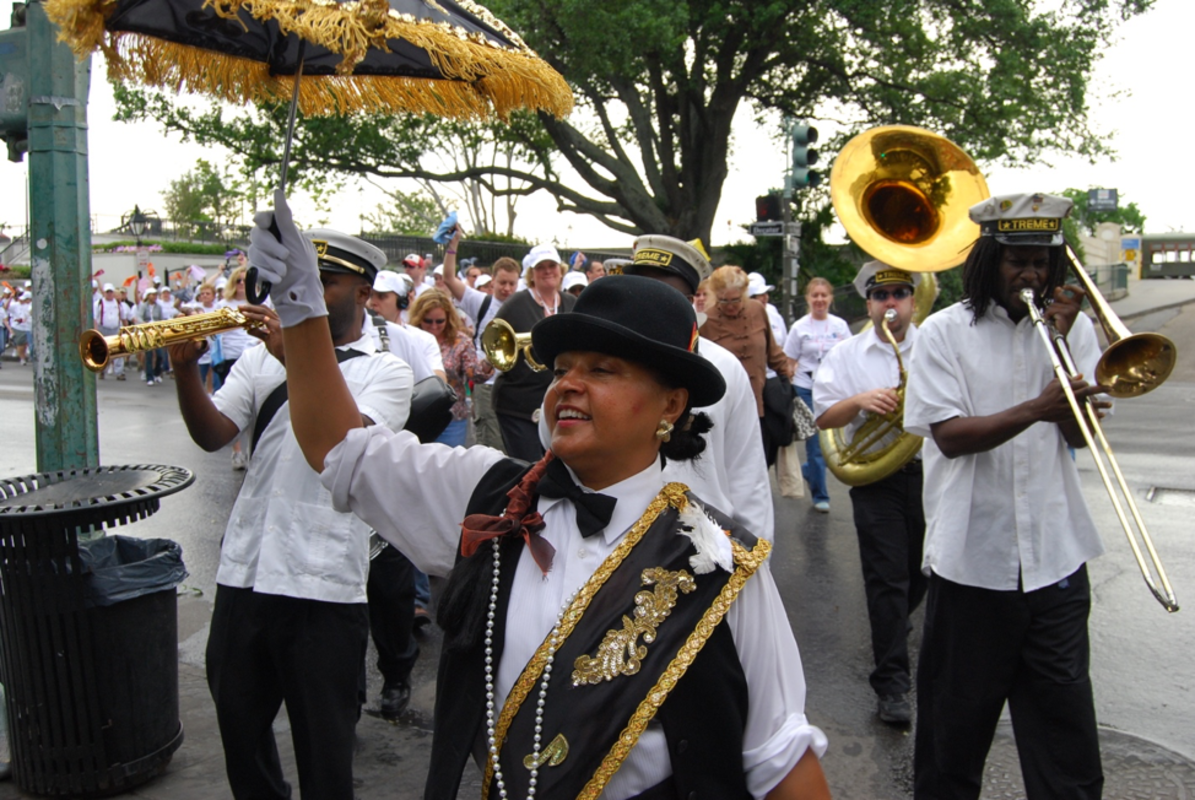 Every day is a day worth celebrating in Louisiana. While there are a plenty of "Only Louisiana" experiences, joining a second line in the heart of NOLA might just top them all. It's actually one of the reasons why we encourage travelers in Louisiana to always carry a spare hanky or napkin and to dress up just a little bit (it wouldn't hurt to have a feather boa in your bag either!). These street parades are typically held in wake of a funeral or a big celebration, like a wedding or a graduation, and can usually be heard before they are seen. The "main line" leading the parade and the brass band weave through the city streets, and the group behind them make up the "second line." Everyone's encouraged to follow along, wave and cheer. 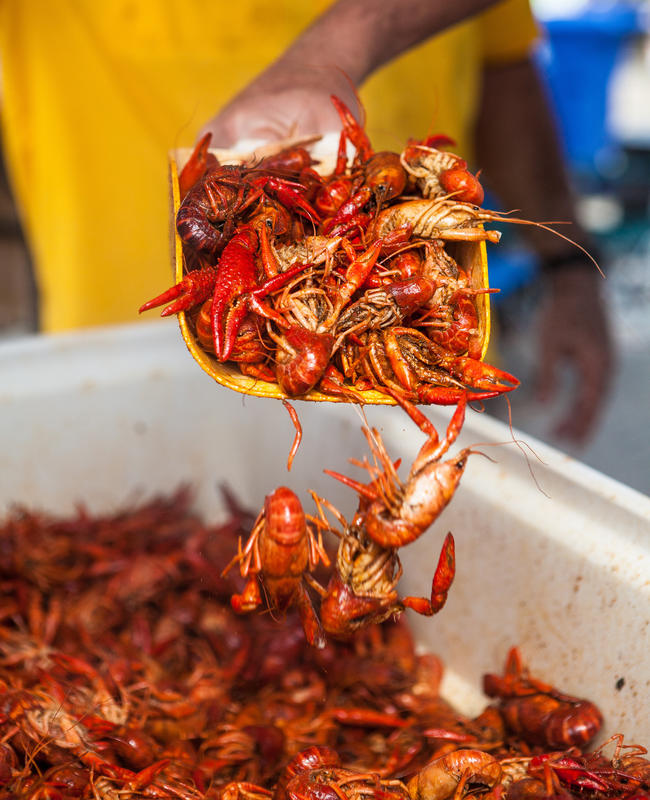 There's nothing more Louisiana than a checkered tablecloth covered in newspaper, piled high with crawfish, potatoes and corn on the cob. Crawfish are a delicacy, especially in Southern Louisiana, and a cornerstone of the backyard culture you'll find in the region. Though everyone has a secret technique for cooking — and eating — the little guys, you'll quickly find that everyone's in agreement that they should never, under any circumstances, be called "crawdads." Turns out, it's a great way to catch a crawfish newbie in the act. You'll thank us later! 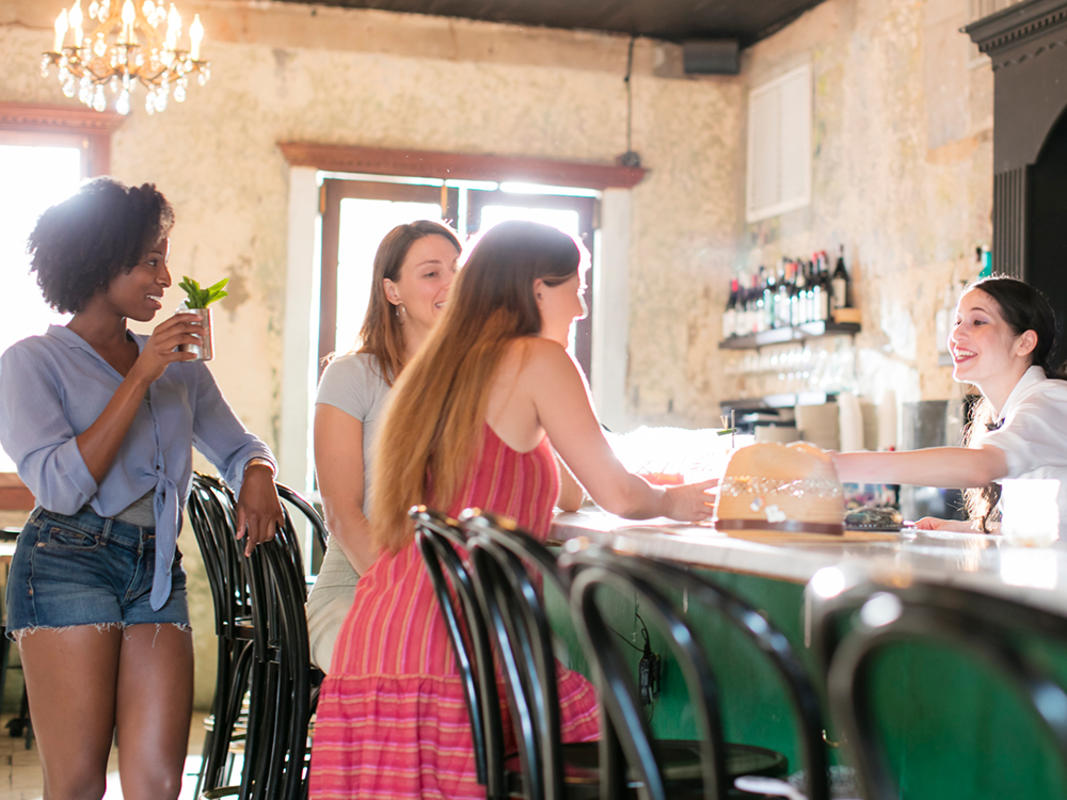 Louisiana is home to countless myths and legends, so it should come as no surprise that the state claims several supposedly haunted bars, too. There's Finnegan's Wake, which was featured on the TV show Ghost Hunters in 2011, in Alexandria. Also, the Turtle Bar at Houma's House Plantation has the story of The Gentlemen and The Little Girl (we'll let you Google it). And, a man and a woman are said to have haunted Lafitte's Blacksmith Shop in NOLA for years. Of course, New Orleans itself has been named the most haunted city in America, and you'll be sure to at the very least feel some chills down your spine as you learn a bit more about the spirited history of this part of the country. In any case, grab a drink — perhaps a bit stronger than usual — and keep your eyes peeled for any especially spooky happenings. 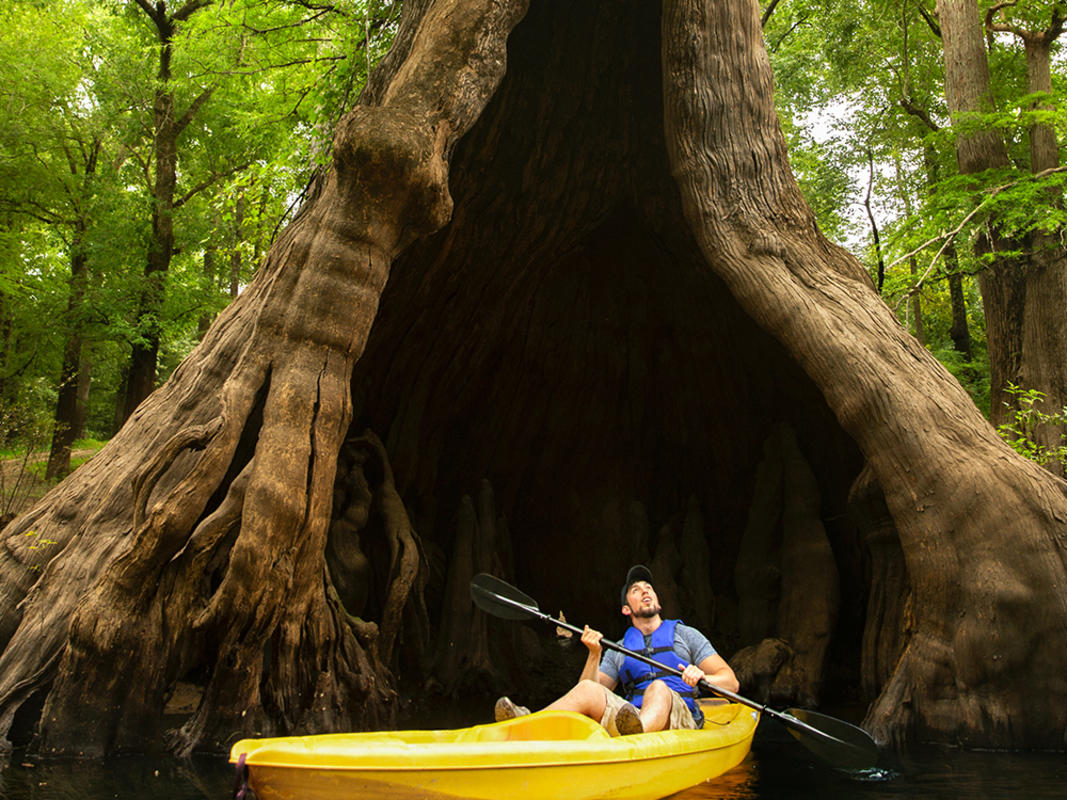 Kayaking in the Bayou

Between the bayous and rivers, swamps and marshes, and lakes and streams, the extensive waterway network in Louisiana can be pretty mind-boggling, which is why there are a series of routes to choose from off the state's designated Paddle Trails. There's something extra special about kayaking in the swamp as the mist melts away in the morning sun. Wayward explorers seeking those quiet moments are sure to find that and more while floating in Louisiana. 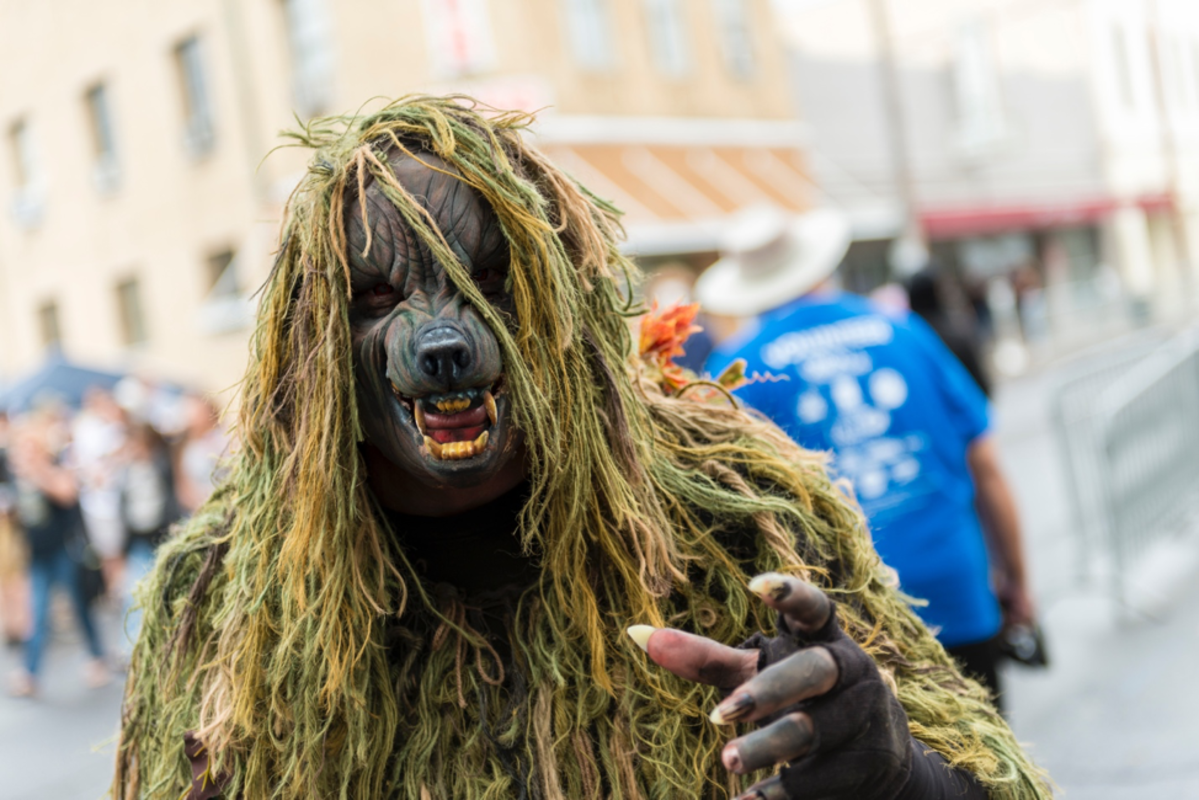 Due to the influence of Cajun and Creole cultures, this state is a collection of unique traditions and folklore, especially around the holidays. The Rougarou, a half-man, half-wolf with red eyes and sharp teeth that walks the marshes and swamps of Southern Louisiana, is celebrated in Houma every October with a special festival. During December, while many Americans who celebrate Christmas leave milk and cookies out for Santa Claus on Christmas Eve, the good little girls and boys (and their families) of Louisiana take to the Great River Road between Baton Rouge and New Orleans to light the way for Papa Noel. In this unusual tradition called bonfires on the levee, friends, families and neighbors enjoy a night of mingling as huge, pyramid-shaped bases are lit ablaze along the levees. 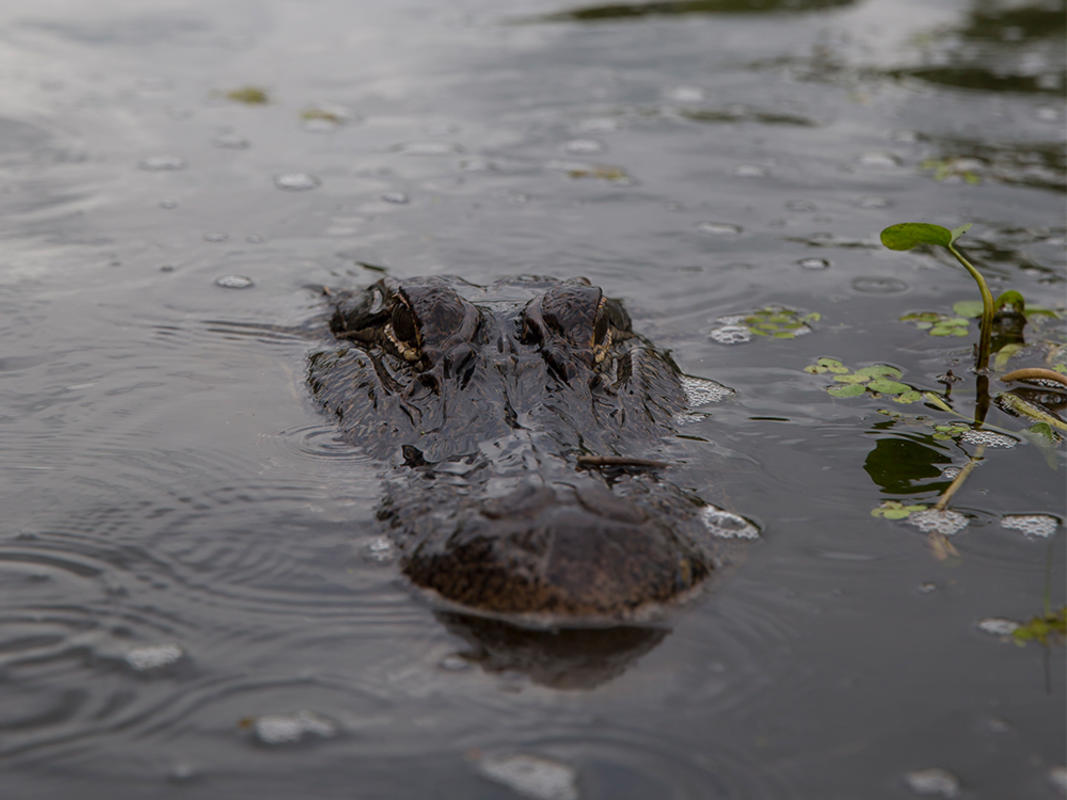 Seeing an Alligator in the Wild

Alligators can be found throughout the state but are especially prevalent along the coastal marshes. Seeing one in the wild — whether from an air boat or from a boardwalk — is easily one of the top "only Louisiana" experiences you can have. For the best photo opportunities, be patient and stay still. The alligators will pop their heads up from their water and take a gander at you so you can easily snap a photo (within a safe distance). 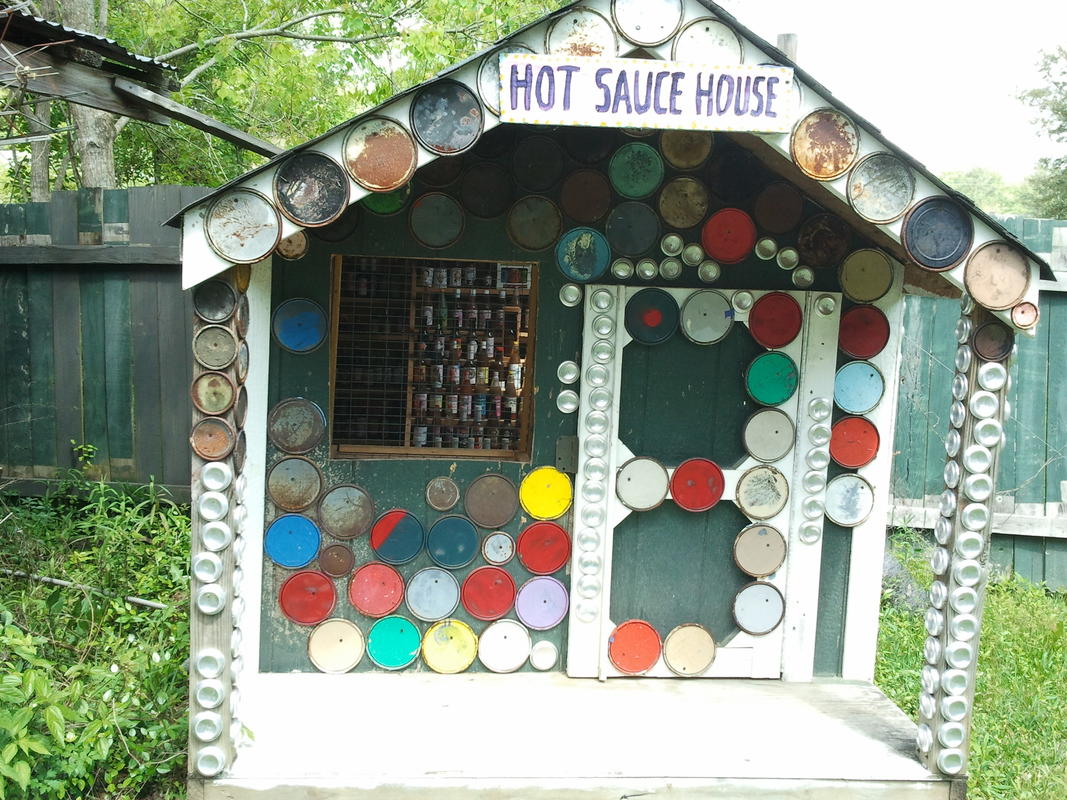 The Cool-Item-Collector's Dream is the Abita Mystery House

As you're probably already aware, Louisiana seems to operate on its own time and in its own one-of-a-kind ways. Enter the Abita Mystery House, where you might not even know what items you're looking at, but you'll want to see more. Comb collection? They have it. Swamp Ghost and Bassigator? What? Well, they have those, too. House of Shards? A collection of art prints? A Mardi Gras exhibit? A Marble Machine? Yep, yep, yep, and yep. It's all waiting to be explored at what's known as "Louisiana's most eccentric museum."

Why read about these "Only Louisiana" moments when you can experience them yourself? Louisiana is a place for curious souls and with plenty of trip ideas to keep you inspired, we think you'll find that it is the vacation destination you've been looking for all along.

Get a Kick out of Avery Island, TABASCO Sauce’s Homestead

5 Outdoor Adventures Everyone Should Experience in Louisiana

From Swamps to Sugarcane: 4 Must-See Attractions in Baton Rouge

The 5 Best Dining Experiences in Barbados

From Hangovers to Love Potions, Cure What Ails You in New Orleans