Immerse Yourself in Thuringian History at the Wartburg Castle

Content produced in partnership with Thuringia Tourism and the German National Tourist Office.

Thuringia, Germany, is one of those places where its history runs so deep that when you visit, you feel immersed in it. Beside being known as the “Green Heart of Germany,” Thuringia is home to four UNESCO World Heritage Sites and is where Martin Luther did his most impactful work — where he was a monk, gave numerous speeches and where he translated the New Testament. There’s so much history to uncover and explore in Thuringia, you might as well get to planning your second trip while you’re on your first.

In 2017, Thuringia celebrated the 500 year anniversary of the Reformation, and on each Oct. 31, Reformation Day is celebrated to reflect on all Martin Luther achieved and the effects those achievements had on Thuringia. He first came Eisenach, Thuringia, in 1498 for school and stayed with a local family in a house visitors can now tour, complete with exhibitions on Martin Luther and insights into his early life here.


Seven years after moving to Thuringia and studying law in Erfurt, Luther was caught in a terrible storm. He prayed that if he was spared in the storm, he would become a monk. Once the storm cleared, he gave up studying law and knocked on the door of the Augustinian monastery in Erfurt and began his religious journey. That historic monastery is still standing and is a gorgeous venue that maintains the monastic frugal way of life. While it is open to guests for overnight stays, don’t expect a TV, radio or phone in your room. 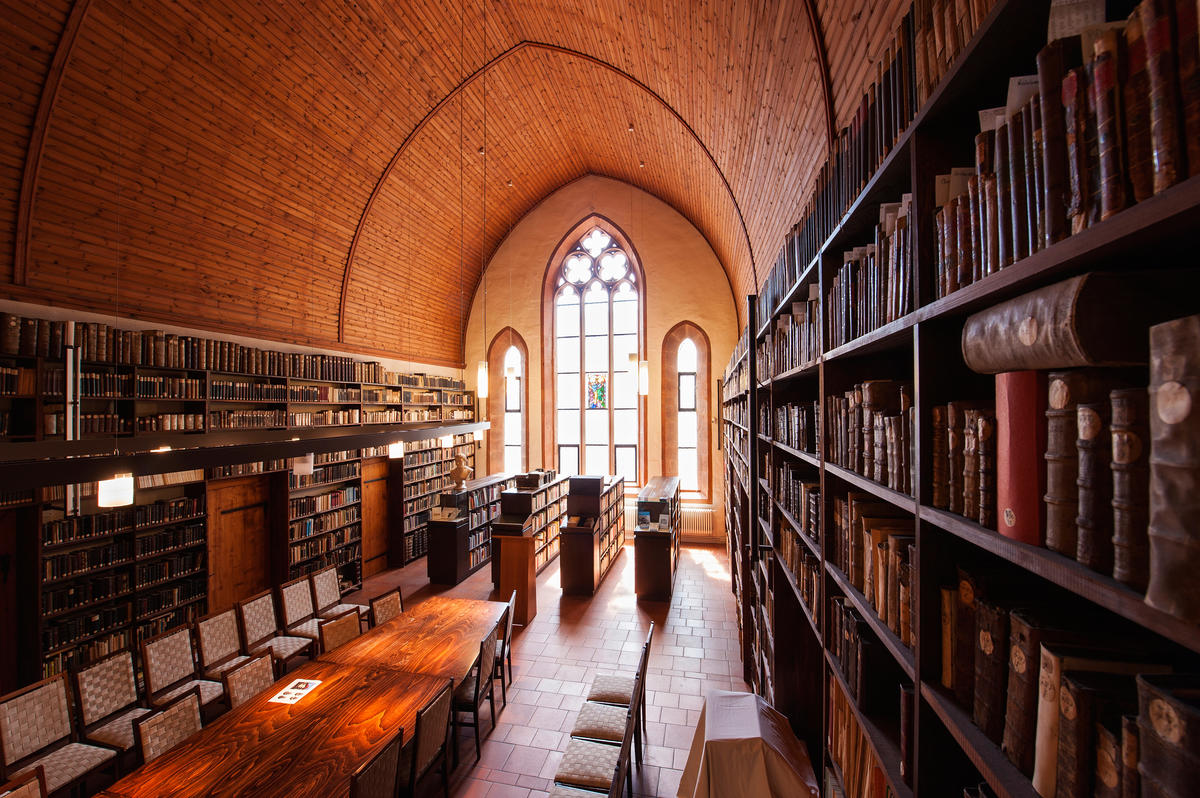 Naturally, Luther is known for leading the Protestant Reformation, and much of that work happened in Eisenach, Thuringia. The same place he sang in the choir as a boy is where he preached twice in 1521 before being declared an outlaw and exiled to the Wartburg Fortress where some of his most influential work took place. It was in the Wartburg Castle that he translated the New Testament into German, making the Bible accessible to the common man and setting standards for the German language of today.

It is for these reasons that the Wartburg Castle is one of the World Heritage Sites and an absolute must-visit location while you’re in Thuringia. 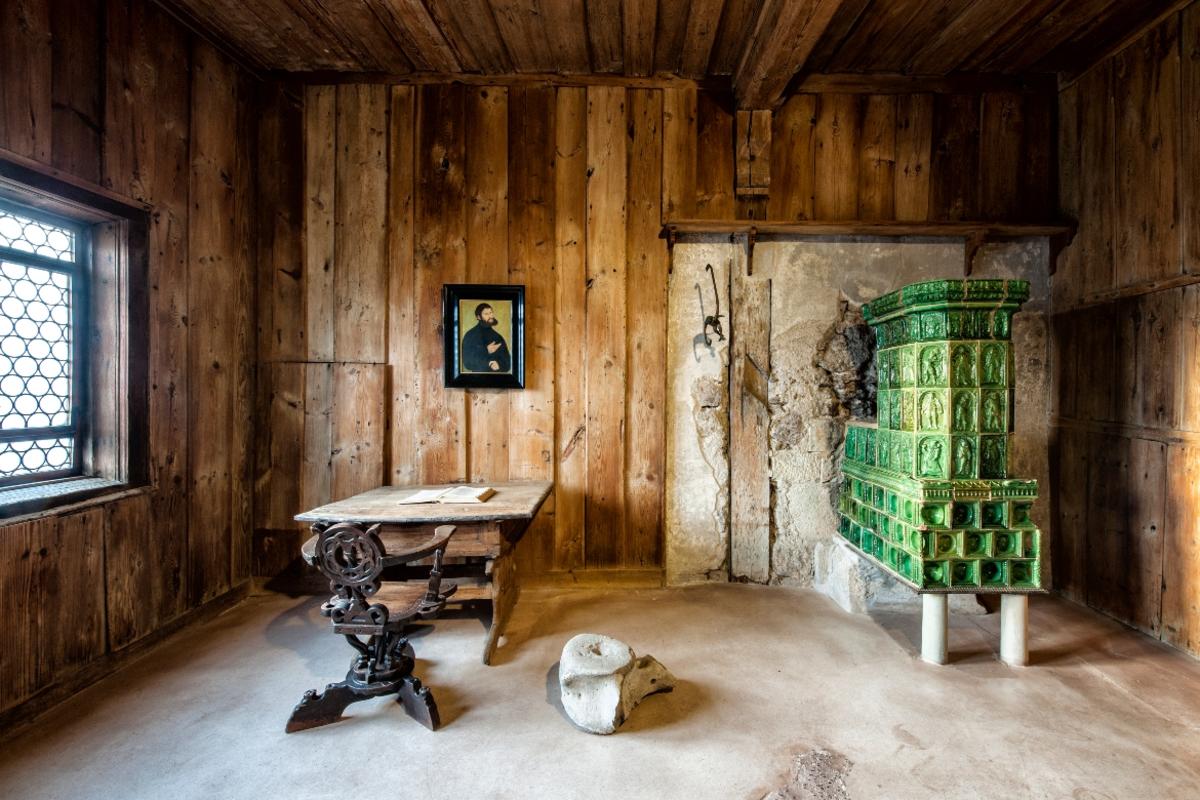 The castle is home to the Luther Room — a small, rustic room where thousands visit every year to see where the New Testament was translated. The simple room is juxtaposed by the extraordinary work that was completed inside it hundreds of years ago.

The nearly 1,000-year-old castle was also the first German castle to ever be added to the UNESCO World Heritage Site list in 1999, and it is one of the best preserved secular buildings from the Romanesque era. Beside Martin Luther, other famous names are synonymous with Wartburg Castle and their influences are honored within it. Minnesänger and composer Walther von der Vogelweide, Saint Elizabeth of Thuringia, composer and director Richard Wagner and writer and poet Johann Wolfgang von Goethe all make up the castle’s history. 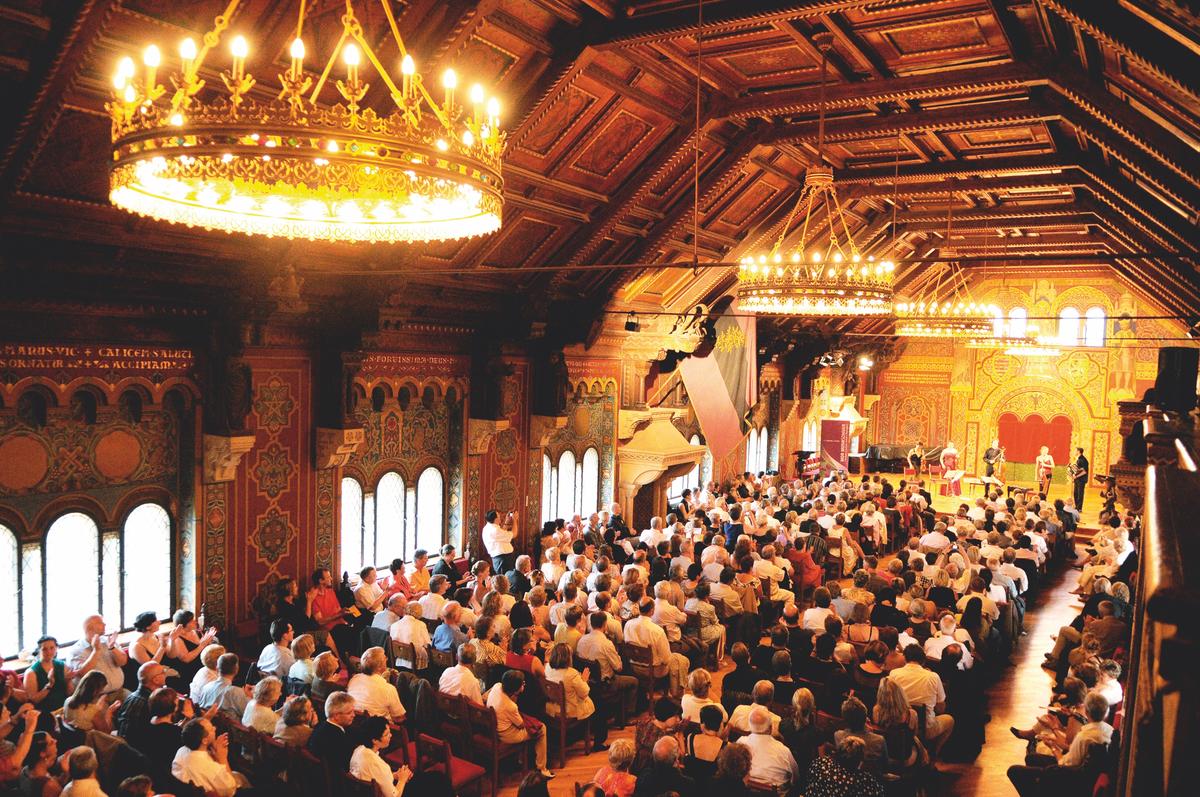 It is thanks to Johann Wolfgang von Goethe, who pushed for the castle to be decorated with religious carvings in 1815, that there is a terrific collection of art within the castle’s walls. With a focus on history and architecture, the collection includes more than 9,000 artifacts.

Some notable must-sees are a portrait of Martin Luther and his wife, a Bible containing Luther’s annotations, and a tapestry said to tell the story of Saint Elizabeth’s life, among thousands of other preserved artifacts and works of art. Elizabeth’s Boudoir is an exquisite sight, as well. The vaulted room is completely covered with small glass tiles, and it’s simply a breathtaking view. The Banquet Hall (Festsaal), complete with gorgeous arches, a lofty ceiling and chandeliers, still acts as a venue for concerts. 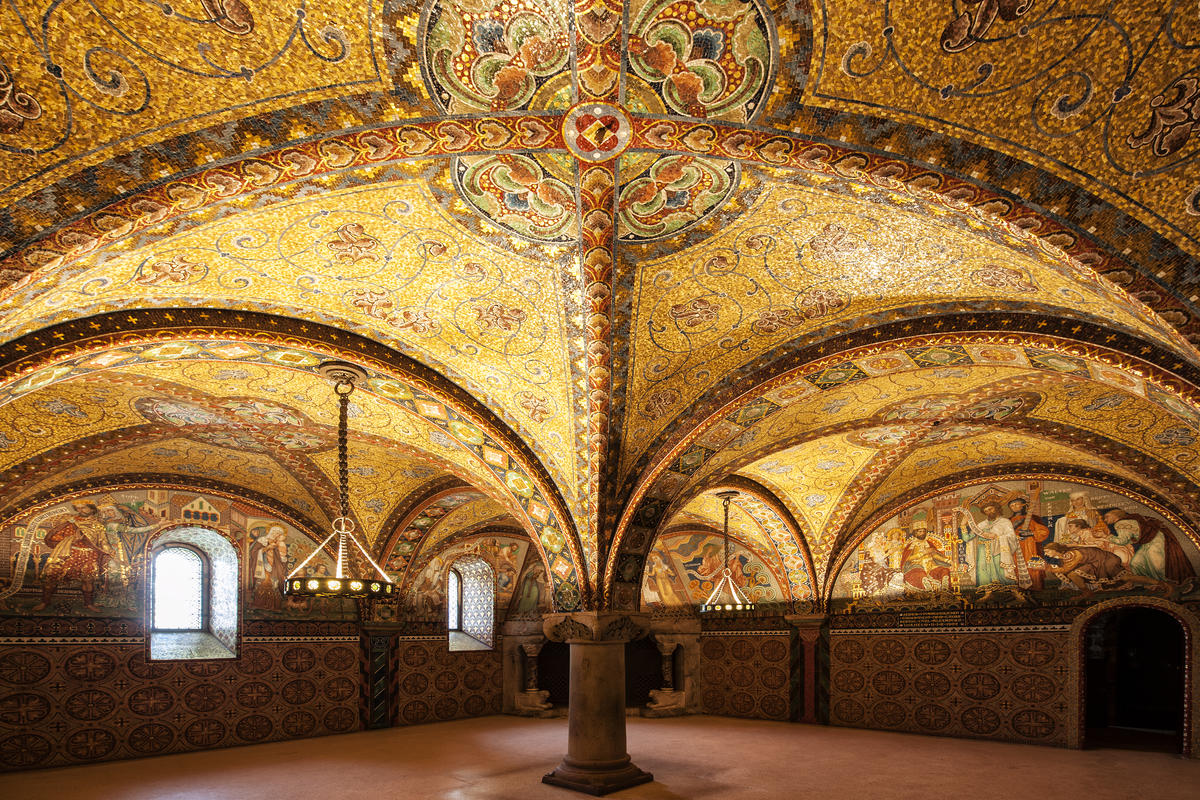 What’s in the castle is stunning, and you could easily spend hours touring the grounds and weaving in and out of the rooms, but the view from the castle that overlooks the lush forest of Thuringia shouldn’t be skipped. Now for parents visiting with children, the Wartburg Castle offers a unique and fun way to get up the hill on which the castle is perched. For nearly 150 years, visitors have used donkeys to trek up the hill, and they still offer donkey rides to children for an exciting introduction to the historic castle. 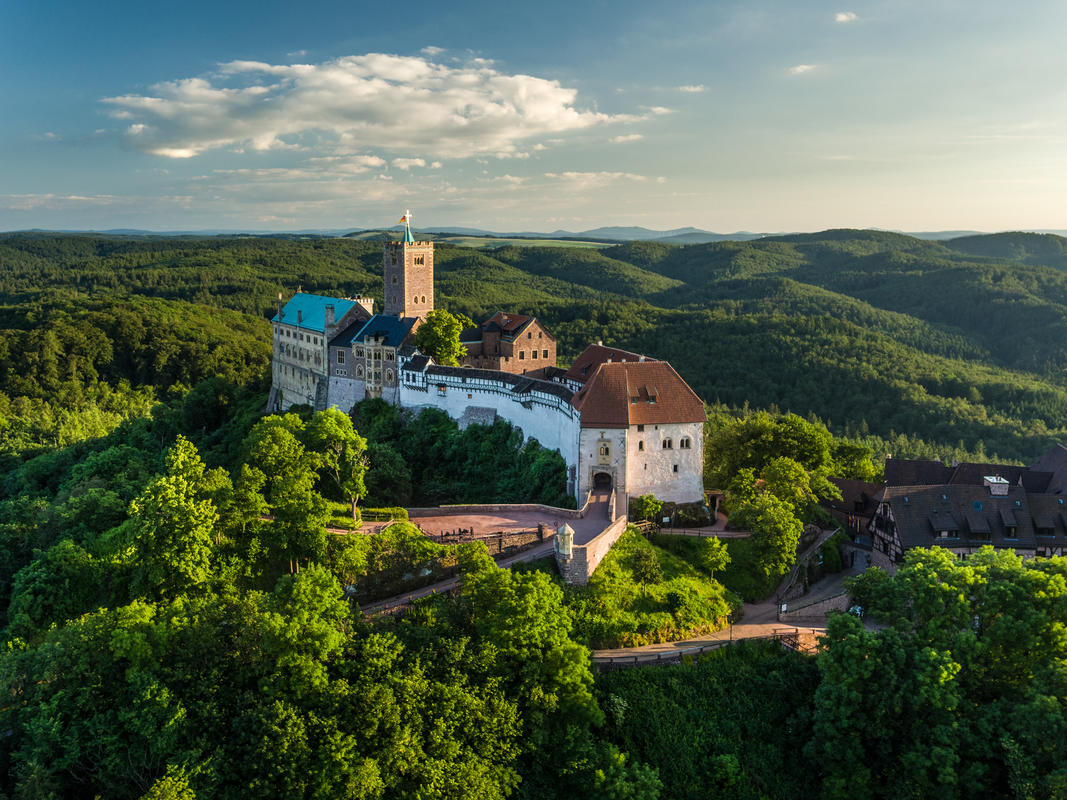 We said it would be hard to leave, and it’s evident that’s been the case for a long time. The Wartburg Castle is so serene that in 1914, a hotel at the foot of the castle was opened. With its 37 rooms, the “Fountain of Youth” spa and it’s moniker as the “inn for cheerful people,” you’ll see why the 5-star hotel is so captivating. Within the hotel and the castle are a few award-winning dining options, as well.

For an extra special visit to the Wartburg Castle, head to Thuringia during Christmas time. It’s like being transported back in time to a simpler one, where traveling merchants and artisans sell and create one-of-a-kind goods against the backdrop of the castle. There are musicians and delicious food, puppeteers in the courtyards and more. For both children and adults, there’s hardly anything more magical than a snow-covered bustling castle looking out on the wintery Thuringian landscape. 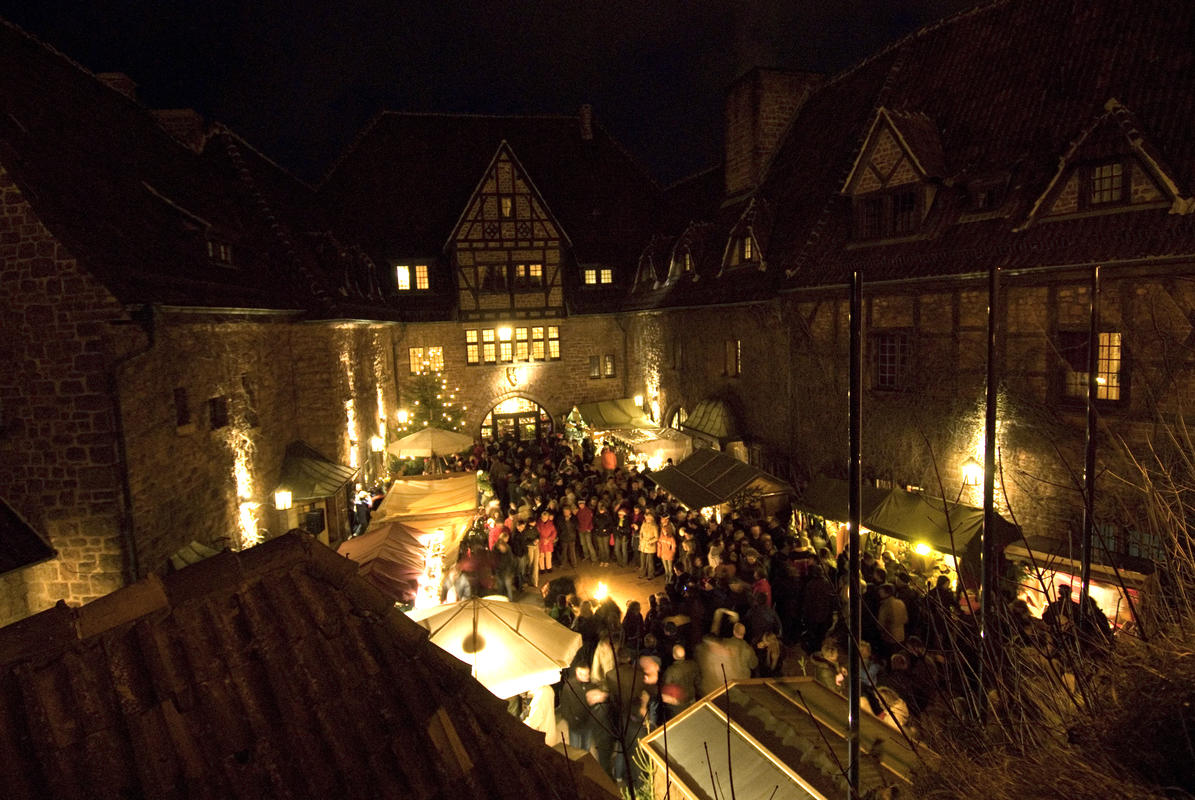 Every bit of Thuringia radiates a vibrant history that helped shaped Germany and the world. Few places, however, were more influential than the Wartburg Castle, making it an absolute must-see stop during your amazing Thuringian trip.