Lake Enriquillo Will Literally Take Your Breathe Away 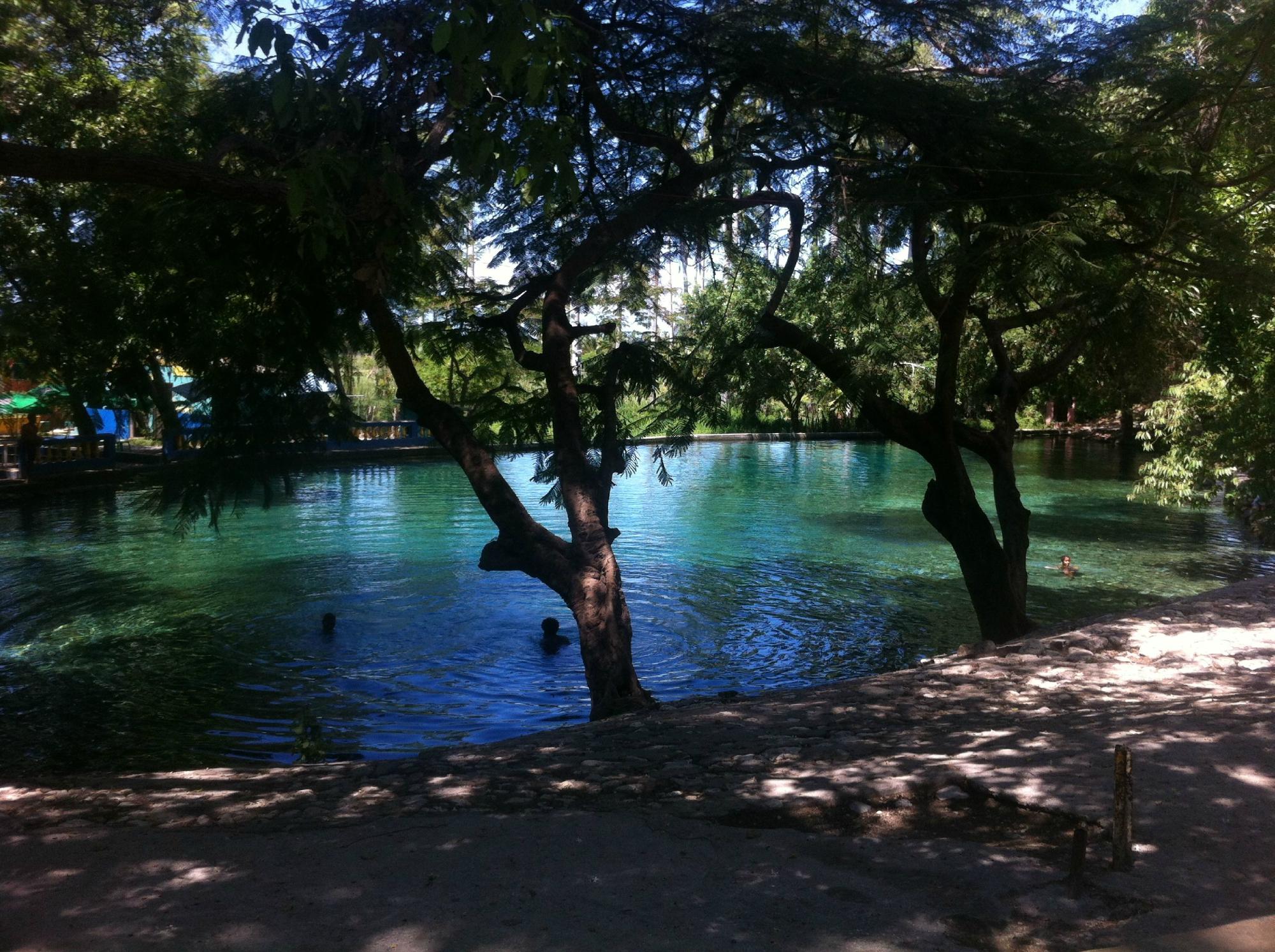 While some travelers think the best are the warm Atlantic Ocean and Caribbean Sea, Lake Enriquillo is a spot that can easily match the beauty of any of the island’s beaches. Located near the Haitian border, this area is a refuge for many of the nation’s wildlife, including crocodiles, flamingos, iguanas and exotic birds.

Many visitors say that a trip to Lake Enriquillo is hauntingly beautiful, as dead trees jut out of the sparkling saltwater and animals hover nearby. This can be a great spot to simply walk around and explore nature. However, many guests decide to take a boat tour that brings them to Isla Cabritos Parque Nacional, a small island within the lake. Boats are available in the town of Descubrieta and take about an hour to reach the island. Once arriving, adventurers can enjoy scenery much like that along the shore of the lake, with an undisturbed beach that attracts massive sun-bathing iguanas, restless crocodiles and bright pink flamingos. While the iguanas tend to lounge on the island’s shores throughout the year, people who want to see flamingos should take a trip during their migration season, which falls between April and July. However, crocodiles are typically seen during the dry season between January and June.

While travelers are in the Lake Enriquillo area, it is recommended that they try to find Las Caritas, or The Faces. There are very few signs indicating the whereabouts of this area, which is called the Trono de Enriquillo, or Enriquillo’s Throne, but those who manage to find it will receive a mysterious history lesson from the island’s Taino Indians. As its name suggests, Las Caritas is a cliff overlooking Lake Enriquillo that is filled with rocks that have been marked by the Tainos with the images of faces.

Individuals who decide to venture to Lake Enriquillo should remember that they will most likely be in the sun all day. Therefore, items such as water, a hat, sunscreen and sunglasses are recommended. This may be especially important for people who plan to go to Isla Cabritos, as there are few places to hide from the Caribbean sun. Travelers should also keep in mind that there are no restaurants in the area, so if they plan on spending the afternoon near Lake Enriquillo, they may want to bring their own snacks.

One of the Fastest Growing Tourism Destinations in the World