Contrary to popular belief, all Caribbean cooking is not created equal. Bajan cuisine is characterized by strong spice combinations of fresh lime juice, chili peppers, thyme, marjoram and parsley, unlike Jamaica known for jerk seasoning and other islands' mixes of meat stews and Latin influences. Most Barbadian dishes can be made to taste in terms of hotness and sweetness, but the mix of salty and savory is prevalent throughout all national dishes. Also interesting to note is the number of tea houses on the island as a result of their English colonization. I was lucky enough to get a personal cooking lesson from Barbados' most celebrated chef, Peter Edey of Caribbean Cuizine TV on how to make traditional Barbadian food include cou cou, flying fish, macaroni pie, and pudding and souse. 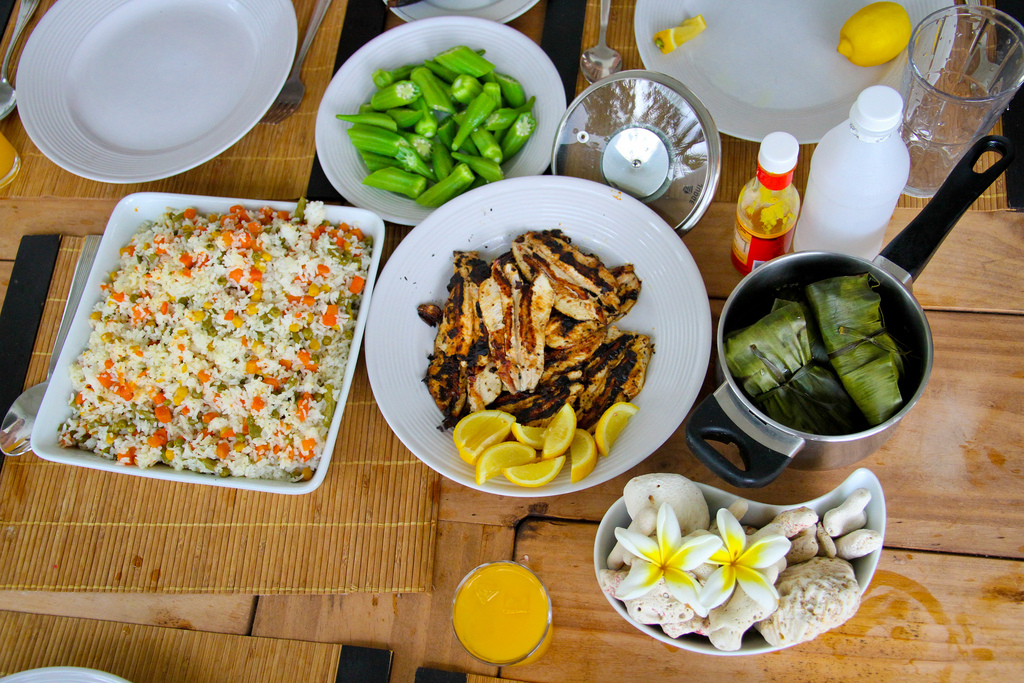 The national fish of Barbados, flying fish is depicted on coins, as sculptures in fountains, in artwork, and as part of the official logo of the Barbados Tourism Authority. Not my favorite meal of the trip, flying fish has a very strong "fishy" flavor. Often served breaded and grilled, the eating of the fish is as much a celebration as the preparation. A staple at Oistins, the open-air Friday night fish fry and festival, enjoy outdoor dining, street performers, music and dancing, while you "wuk it up" and "lime" the night away. 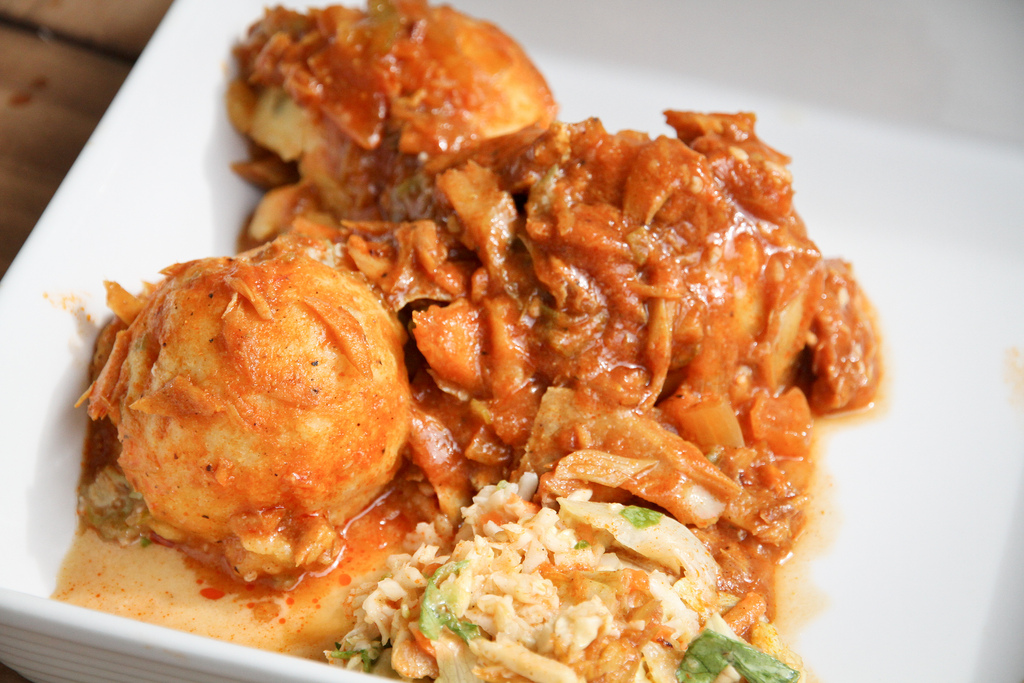 With a similar mushy consistency and name to Middle Eastern cous cous, this cornmeal and okra dish was once the meal of African slaves and accompanies the flying fish as a delicious, rich side dish. 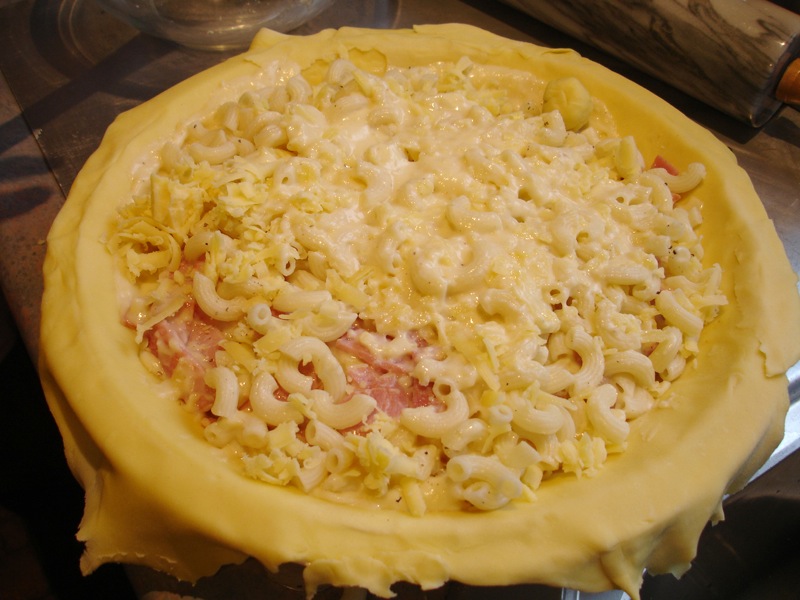 An interesting cross between casserole, macaroni and cheese, and spaghetti, macaroni pie tastes a little different everywhere you get it. With variations in cheesiness, mustard, tomato sauciness, the addition of baked vegetables and/or tuna can turn this side into a main entrée. The noodles are also longer and skinnier tubes than traditional American curled macaroni. 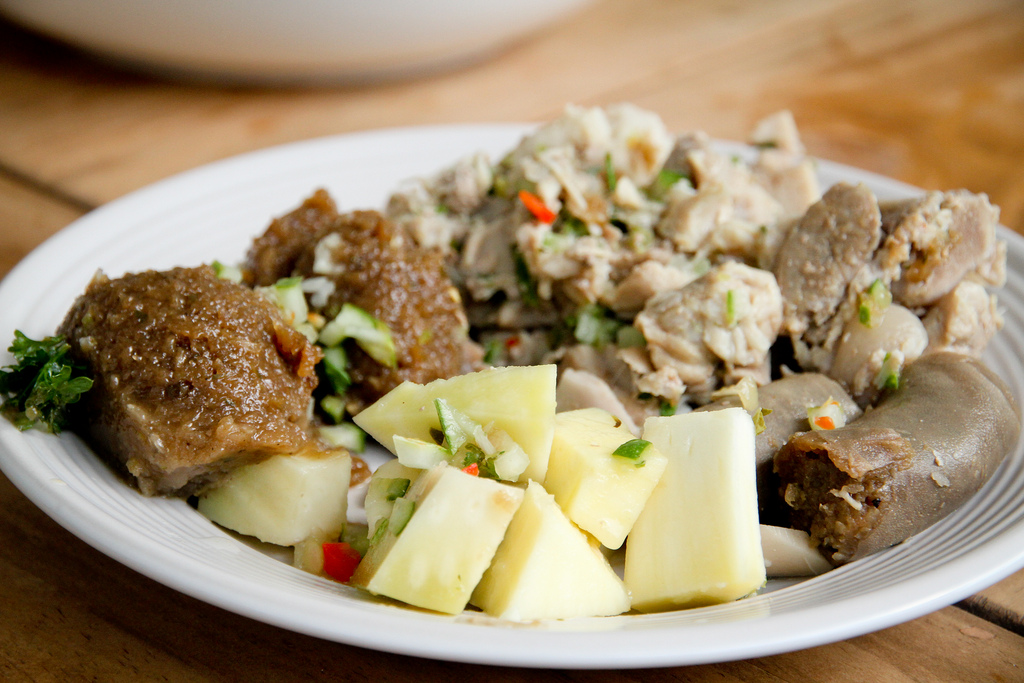 The standard Saturday dish of Barbados, sous is made from various pig parts depending on how daring of an eater you are (head, tail feet and all). Flavored with cucumber, lime juice and spice, the tangy pickled mixture is refreshing, much like a ceviche. Served with a dark pudding of mashed sweet potato and brown sugar, the thick soupy liquid is traditionally served in the intestine casing of the pig to achieve a delicate balance of sweet and salty.

The real secret to real Bajan cuisine? You can never have too much butter and red pepper. But I guess that's true anywhere.