The Only Way to See Alberta is by Air

Smack in the center of the province, Alberta’s capital city began as a fur trading post back in 1875. Today Edmonton is a major hub for energy, mining and biotech industries. But it’s also home to the longest stretch of urban parkland on the continent, keeping pace alongside the river that cuts through the city. It’s hard to imagine just how big that is until you see it from above. 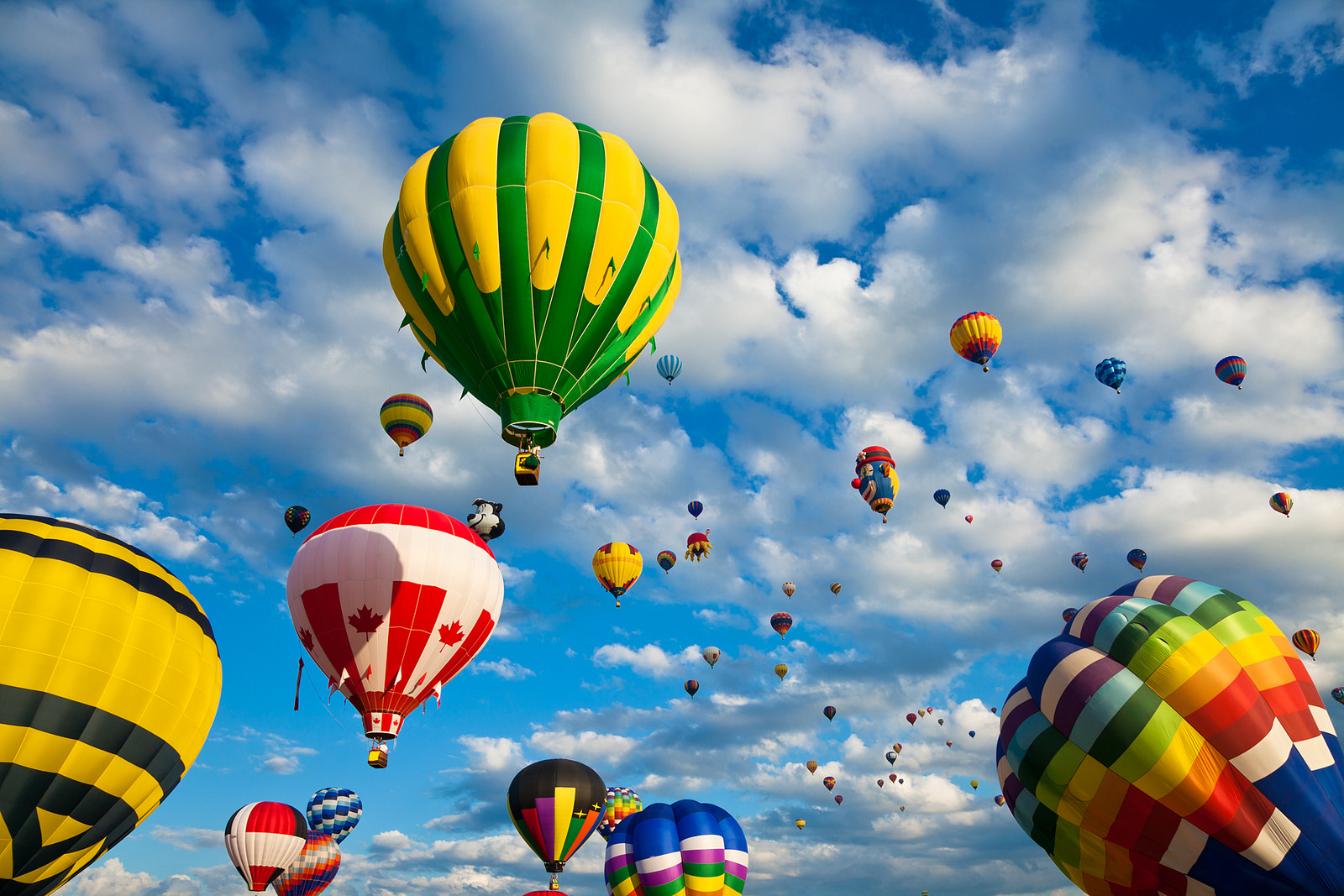 The sun is breaking over the Edmonton skyline. It’s 5:50 a.m. and you’re standing in a park with neatly trimmed grass. Your excitement builds as the pilot fastens the propane burner to the basket of the hot air balloon. The massive envelope spread out over the lawn slowly takes shape as a powerful fan fills it with air. Soon, the base is wide open. A flame jets from the propane burner, heating the air inside the balloon and lifting it into the dawning sky.

The balloon is ready for flight. You clamber over the edge of the basket and take a deep breath. The pilot works the burner, sending thrusts of hot air into the balloon. Rising up over the field, your bubbling adrenaline calms into peaceful awe as you gaze down at Edmonton’s beautiful river valley. Threads of mist drift and curl upwards from a fog snaking low over the North Saskatchewan River.

Lush and green at this time of year, Edmonton appears even more so from the air. Yet the grid of the streets and geometry of the buildings contrast the natural appeal with a civilized aesthetic. Buoyed by a gentle breeze, you drift across the river and over the Groat Road Bridge. The balloon softly rises in elevation. Despite the thrill of floating so high over the city, this is a tranquil experience.

Gliding over Hawrelak Park, you see the river arching around it like a horseshoe. Spindles of sunlight cut through the mist and shimmer on the river’s surface. All too soon, it seems, you return with a graceful landing.

Now you have a taste of the magic of seeing Alberta’s capital city from the sky, here are some more ways to explore from above. 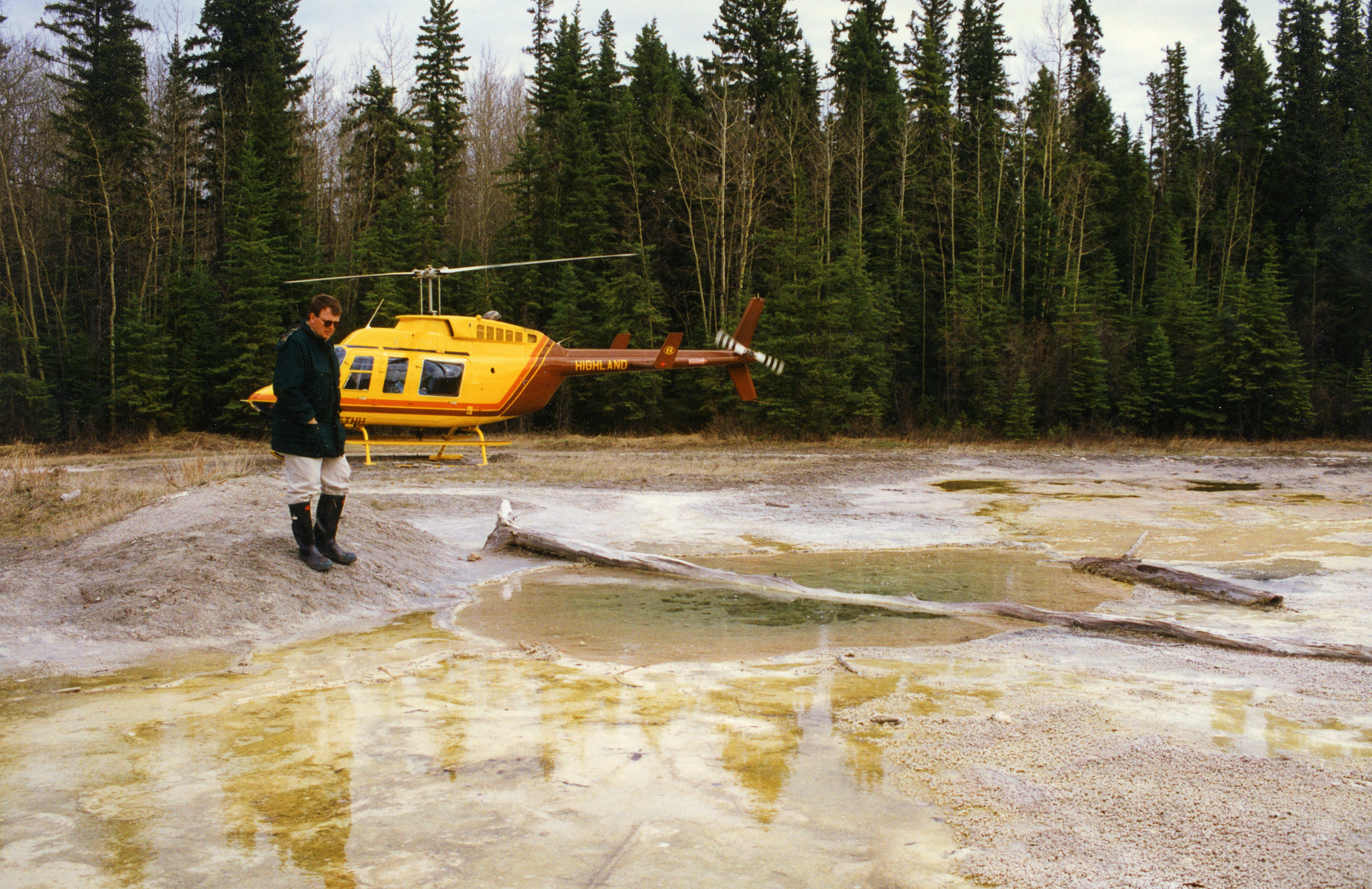 If you’re captivated by stories from the bygone era of bush pilots, take a step back in time and climb into the open-air cockpit of a vintage 1939 WACO biplane, courtesy of the Reynolds-Alberta Museum. One of only three fly-in museums in Canada, it offers sightseeing flights from 10 to 50 minutes.

The engine roars to life and the propeller drones while you prepare for take-off on a runway at the Wetaskiwin Regional Airport. The warm wind presses harder against your cheeks as you pick up speed and lift off. Behind you, the pilot banks a turn and sets course for Pigeon Lake. From this height, Alberta appears to be an endless ocean of land and sky. You’ll want to stay up here forever, gazing down on the remote and rugged solitude of this vast land.

There are few things more satisfying than the euphoric rush of riding a thermal. The weather is perfect for hang-gliding in Cochrane. On the bluffs above the town, the wind socket blows straight out. After careful preparation, you lift silently into flight. Below you lay a sprawl of ranch lands and foothills that seamlessly gives way to the vanguard of pine-skirted mountains in the distance. Many hours of ground school have made this moment possible. “Free as a bird” takes on a whole new meaning.

A great place to learn the fundamentals of hang gliding and paragliding is Muller Windsports in Cochrane, about 20 minutes west of Calgary.

Mountain View Helicopters offers aerial tours over Calgary, the Badlands and several scenic spots in the Rockies. Each tour sounds enticing, but today you’re in the mood for Kananaskis Country.

The rotors of the Raven R44 II helicopter are already spinning when you arrive. Jogging toward the aircraft, you duck instinctively. Buckling in, you give the thumbs up to the pilot who engages the controls, lifting you effortlessly into the sky. You take it all in: the late spring snow adorning the peaks of the Three Sisters, the silver ribbons of Spray Lakes cradled by rich green forest and the shimmering edge of Mount Assiniboine’s glacier.

Aerial adventures abound in this province. And no matter how you achieve your bird’s eye view, one simple truth remains: Alberta from the air will take your breath away.

From Grain to Grass, Calgary's Craft Beer Scene is Booming