If you have any interest in caving, scuba diving, or a combination of the two, one of the best adventures in the world isn’t waiting for you on a far off exotic island — it’s in Missouri.

No stranger to below ground explorations, Missouri boasts nearly 6,500 cave systems, but the Bonne Terre Mine easily takes first place for underground and underwater adventures (and was actually listed as one of the “Top 10 Adventures in America” by National Geographic). Known as the Billion Gallon Lake Resort, the man-made mine was created in 1860 for use as a lead mine. By the time it was closed in 1973, the five levels became the home of the largest underground lake not just in the state, but also in the world. It gained popularity in the '80s when when famed marine explorer Jacques Cousteau spent five days there filming a documentary on the mysterious underground mines.

There are plenty of adventures to be had in Missouri, but there are only three you can have at Bonne Terre: 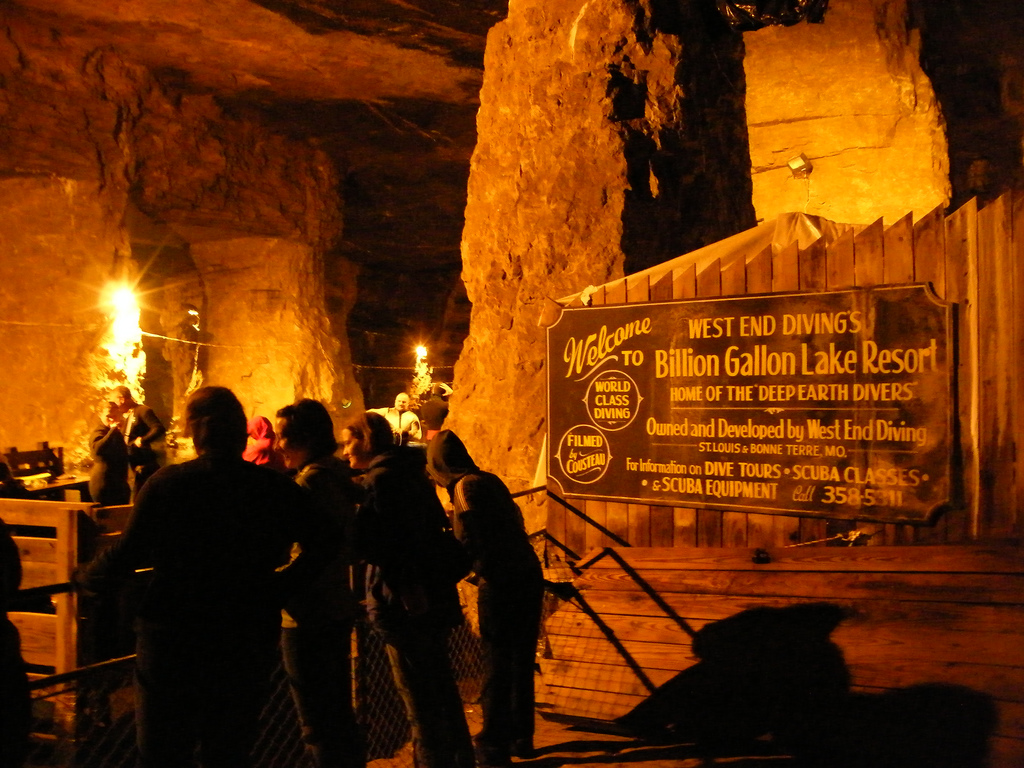 With less than 1% of Missouri’s caves open to the public and almost no mines offering tours, exploring abandoned shafts is an experience unique to Bonne Terre. During the one-hour guided tour, you’ll uncover some of the best views the first and second levels have to offer including a few underground flower gardens. A little spooky? Probably. But brag worthy and totally cool? Definitely. 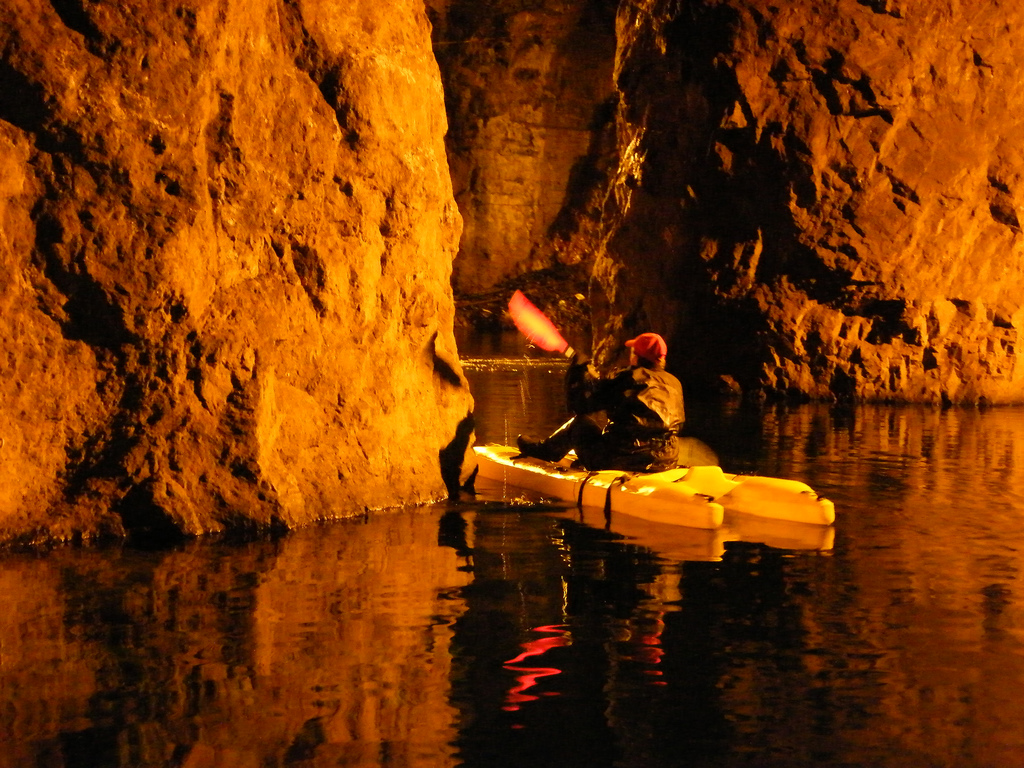 Probably the biggest attractions at the mine, scuba diving the crystal clear water of Bonne Terre feels like an otherworldly experience. Available by reservation only, the group dives are led by a certified guide through the ghost town like mining equipment that litters the 150-foot depths. As for fish? You’ll only find one — that the divers and staff know of at least — lovingly referred to as Bonnie. 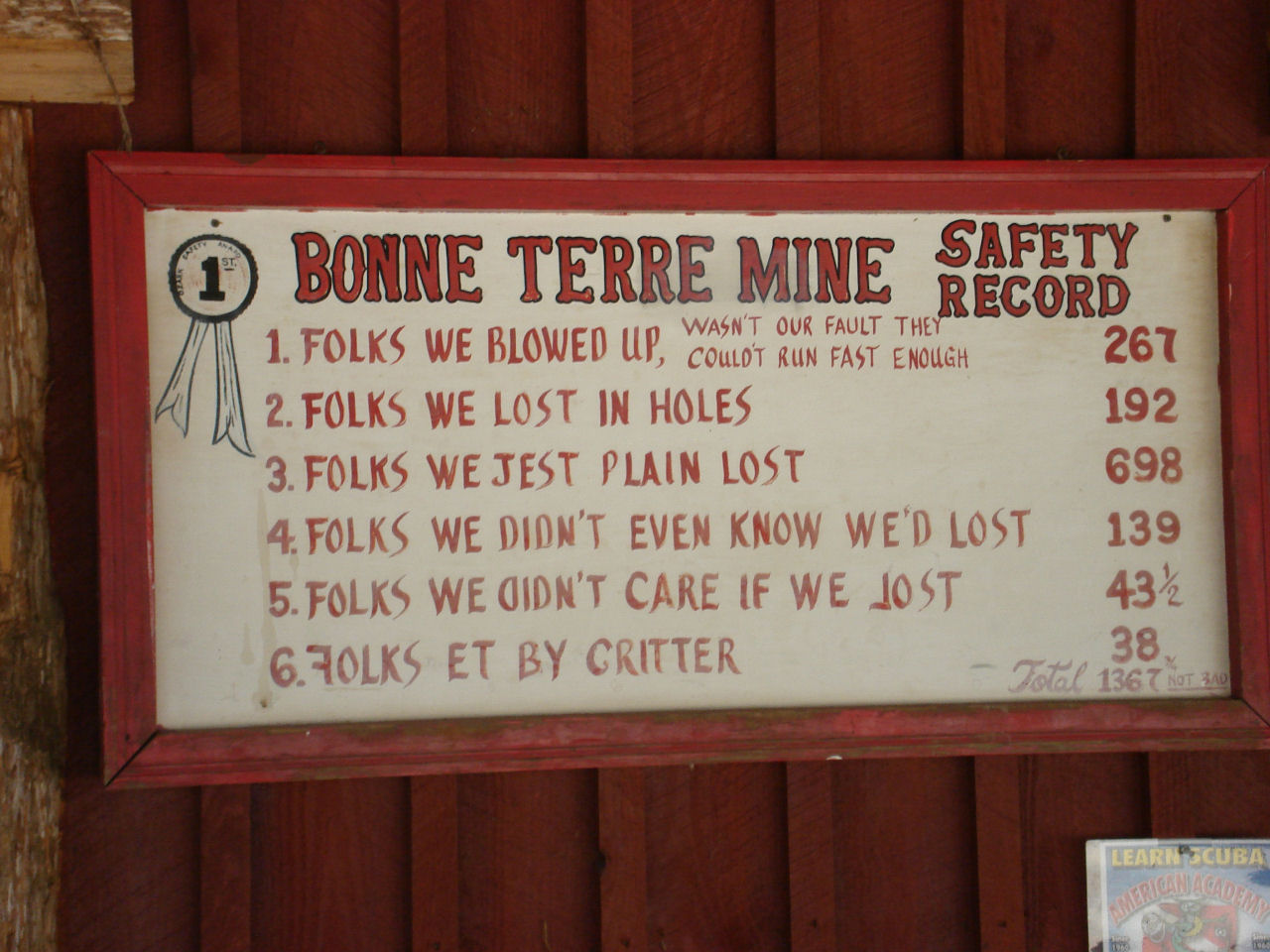 Included with the price of a walking tour, you don’t want to miss the optional boat tour afterward. While seeing the abandoned shafts and mining equipment from a diver’s perspective is a perk, you can still snag great views and photos from above the water. Perfect for those who don’t have their scuba license, the boat tours also allow you to see the catwalks and elevators from a different angle.