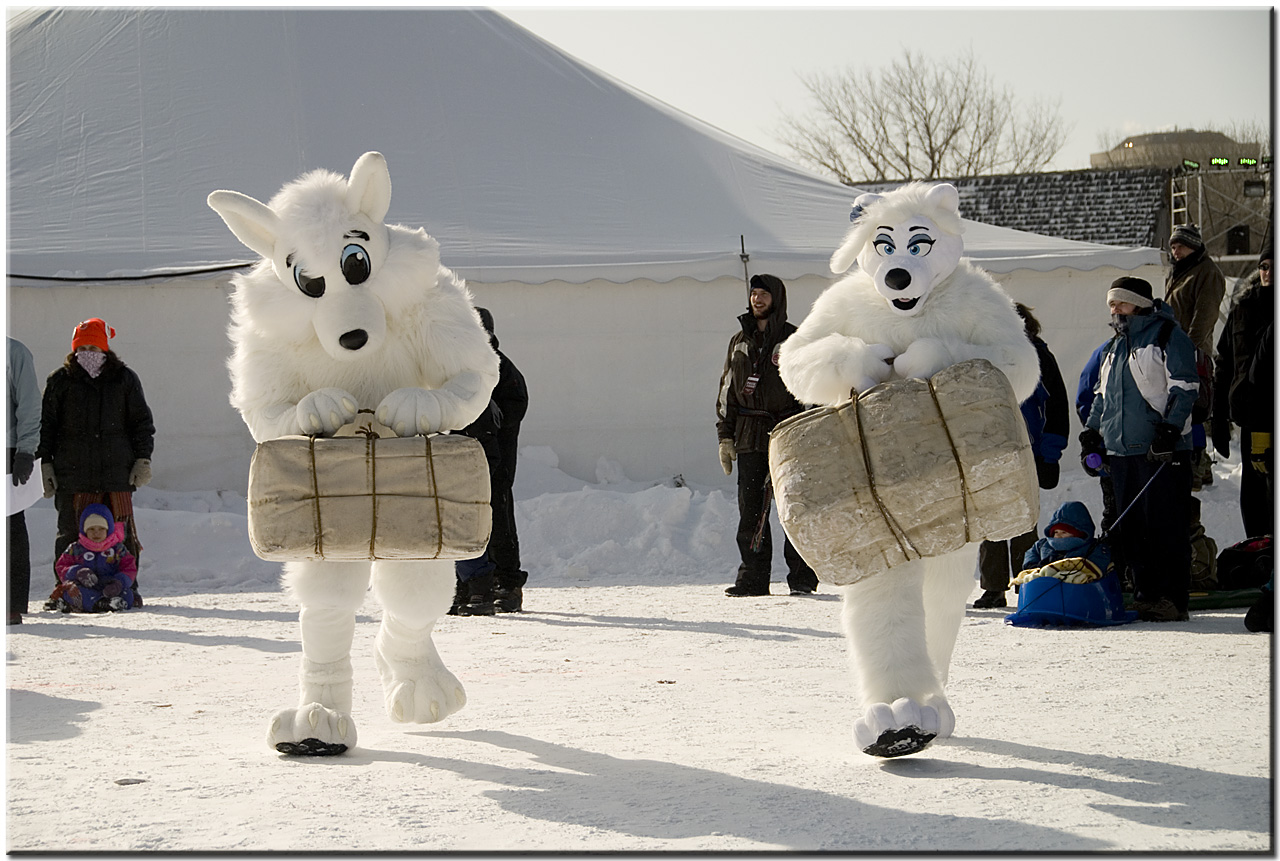 Every February thousands of people brave -40 degree weather (Celsius and Fahrenheit!), as they head to one of the coldest cities in the world, Winnipeg, for the Festival du Voyageur.

The Festival du Voyageur, or the “Festival of the Travelers” is Canada’s largest winter event and one of the most anticipated gatherings of the entire year. Fittingly held in Manitoba’s French Quarter, Saint Boniface, the Festival du Voyageur celebrates the country’s French-Canadian culture and fur trading past for a fun-filled ten days.

With historical reenactments, incredible snow sculptures and over 300 live musical performances; the event provides those who attend possibly the only good reason to go outside in temperatures that would make even Elsa squeamish. 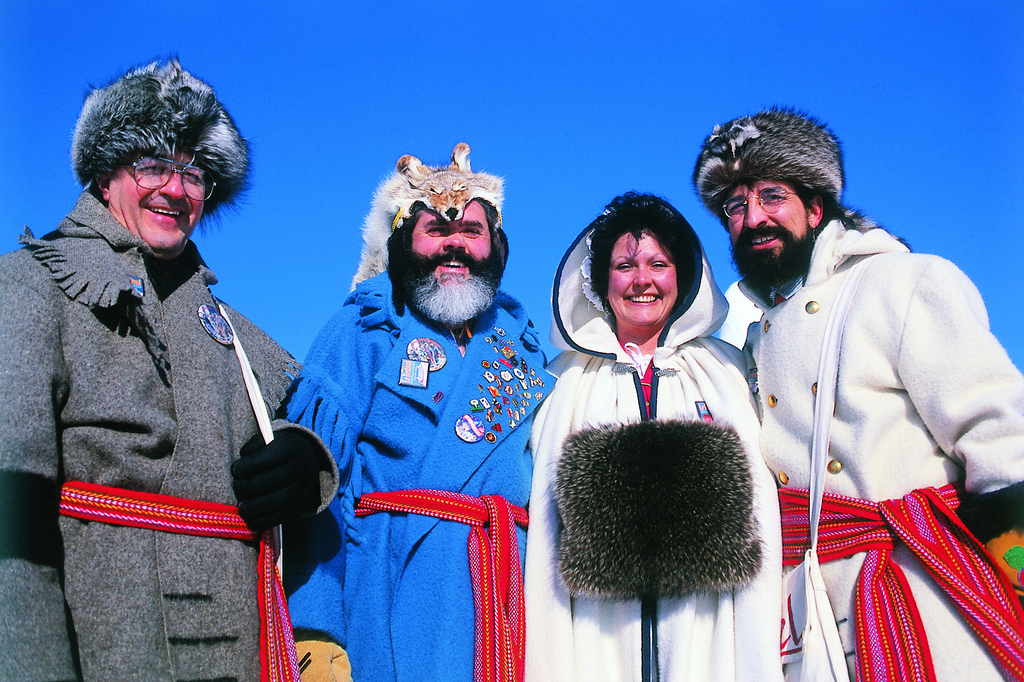 Fort Gibraltar hosts a series of educationally themed cabins that’ll teach you everything from early French woodworking to various trading artifacts, which are a good overview into those who helped settle Canada and their demanding lifestyle. Watch demonstrations of blacksmiths in action and even get the chance to get hands-on with many different fur products as you identify bear from moose from arctic fox.

Besides the fur traders, take time to learn about the aboriginal communities, whose contribution to the fur trade was essential to the success of the voyageurs at Fort Gibraltar. Step inside a tipi and explore their complex culture through folklore and stories.

Come hungry because the Festival du Voyageur offers plenty of traditional French-Canadian specialties to try such as crepes, tourtière, pea soup, and of course, Canadian staple, poutine. For dessert be sure to try the ever-popular maple taffy or maple popsicles sold at the Sugar Shack. 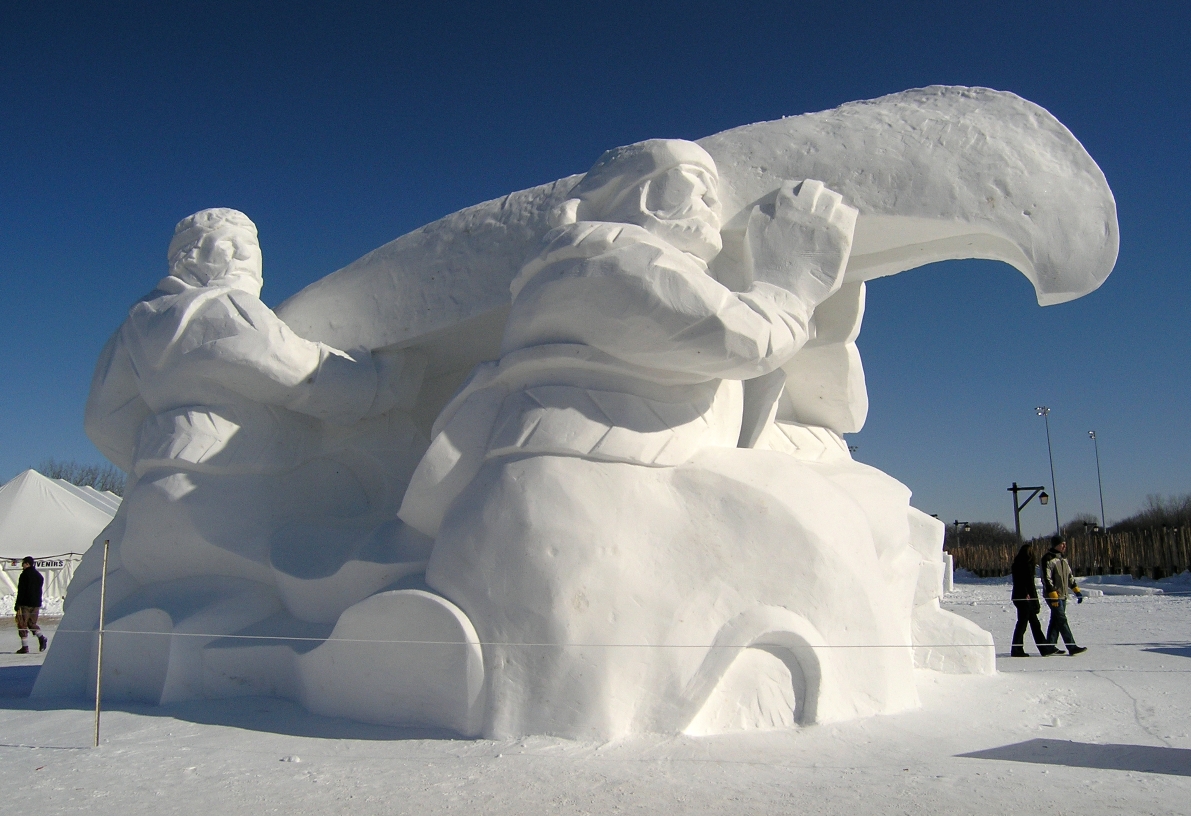 But the Real Fun is Outdoors

Once you’ve gotten your fill of warmth inside, head out into the cold for some good old-fashioned winter fun. Check out the amazing ice sculptures, take a snowshoeing tour, cheer on participants in the International Dog Sled Classic, or tempt death by trying a thrilling toboggan run.

If you’re not really into winter sports, why not try one of the quirkier activities? Each year the Festival du Voyageur also hosts their own beard-growing contest (sure to make you laugh when you see some of the contestants) and the chance to become part of the world’s largest ‘living’ flag—just make sure you’re wearing the proper attire to form a blue and white spectacle.

With something for everyone, this is one spirit-filled festival you won’t want to miss.