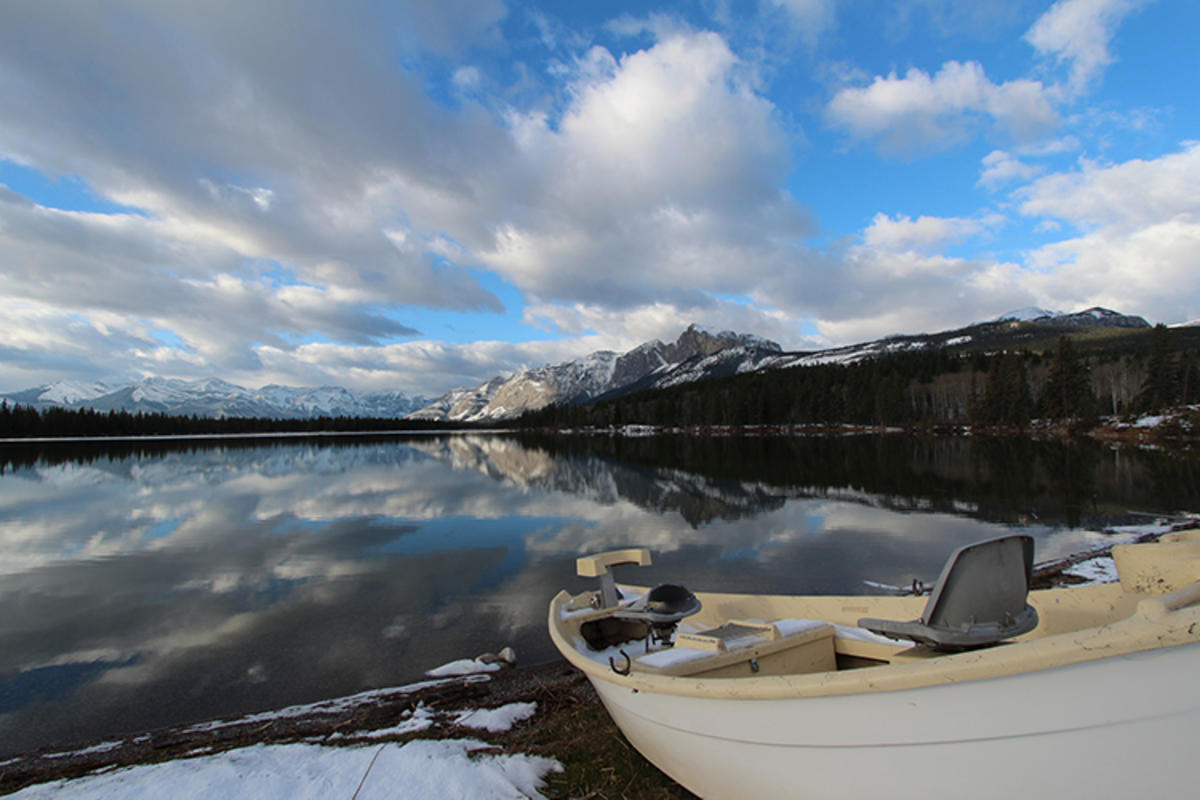 If you wish to be consumed by outdoor adventure and the accompanying one-of-a-kind sights, head to western Canada’s audacious province of Alberta. Framed by the Canadian Rocky Mountains to the west and vast prairies to the east, world-class skiing and riding starts as early as November, with reliably good snow conditions just about every day. The long, hot days and cool nights of the summertime lends themselves perfectly for exploring the legendary terrains that few can claim to experience. And year-round, grizzly bears, elk, mountain goats and big horn sheep mosey about in their natural habitats.

To get there, direct flights to the major cities of Calgary and Edmonton are available from most major international airports. As the capital of Alberta, Edmonton is in the geographic center of the province. Within a short drive — less than 200 miles south — is Calgary, the most populous city. Both cities are known to throw a good party, so summertime visitors can also plan on some of the best annual festivals and events that pay homage to their proud country western roots.

The province is named after Princess Louise (born Louise Caroline Alberta), a daughter of Britain’s Queen Victoria and the wife of a former Governor General of Canada. Lake Louise — another namesake to the beloved Princess — itself is known as the birthplace of Canadian mountaineering. Famous for the extraordinary emerald waters that come from melted glacier water surrounding the lake, a sun-rise view of the lake with the Victoria Glacier beyond it is among the most breathtaking sights. Lake Louise is located in the Banff National Park, the oldest national park in Canada and one of the most visited in the world. Halfway between the park and Lake Louise, is Castle Mountain, so rightly named because of the junction’s castle-like fortress appearance. The area’s specialty “heli-yoga,” as well as hiking, mountain biking and horseback riding, rock climbing, kayaking and canoeing are counted as some of most well enjoyed activities for the area in the summer so you can be assured adventure whether on bike, boat or feet. Fun from the alpine, cross-county and heli-skiing, snowboarding, ice fishing and skating, snowmobiling, dog sledding, snowshoeing and ice climbing conversely dominate in the cold season. The park is also a sight to enjoy on its own, including attractions like the ice fields, dense forest, and highly popular hot springs.

Those interested in a royal experience of their own can take a day trip to one of the handful of castles in Calgary. Try a visit to the Patrick Burns Manor House, a sandstone structure called a mix between French Chateau and Irish castle; the Beaulieu House, once belonging to James Alexander Lougheed, who is the only Albertan ever be knighted; or the Mewata Armoury, designed to resemble a medieval fortress.