8 Reasons Why Louisiana is Great for Music Lovers

Louisiana is the Birthplace of Jazz

In the 1800s, African slaves were permitted to gather together and practice their traditions every Sunday in Congo Square. For many years, New Orleans was one of the only cities in the country that allowed the playing of drums outside of a military context. This led to the blending of syncopated Caribbean rhythms with contemporary popular music, giving birth to jazz. 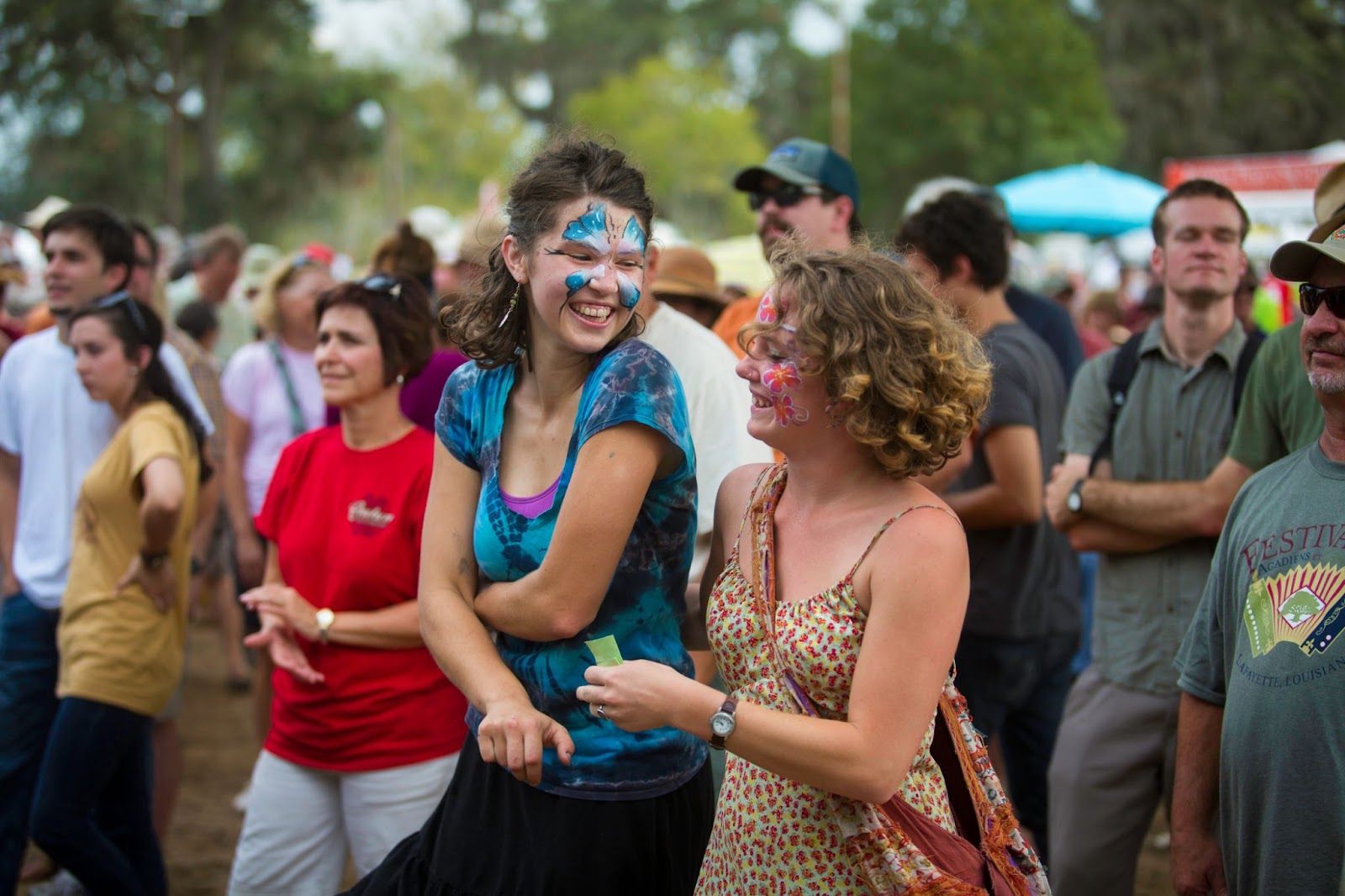 One of the largest and most anticipated festivals in New Orleans, the New Orleans Jazz & Heritage Festival features local and big name international musical acts. If you can’t make it down for Jazz Fest, don’t fret—you can catch a slew of local musicians at a host of smaller festivals, such as Mid-City’s Bayou Boogaloo and the Crescent City Blues and BBQ Festival.

Louisiana’s festivals go way beyond Mardi Gras. On average, you would be hard pressed to find a weekend in Louisiana without a festival going on.

Got your fill of jazz? Don’t miss the free Baton Rouge Blues Fest that has been showcasing Louisiana blues talent from Kenny Neal to the late Tabby Thomas to Luther Kent – among many, many more – since the early 1980s.

You Can Get Up Close and Personal in New Orleans Music Clubs. 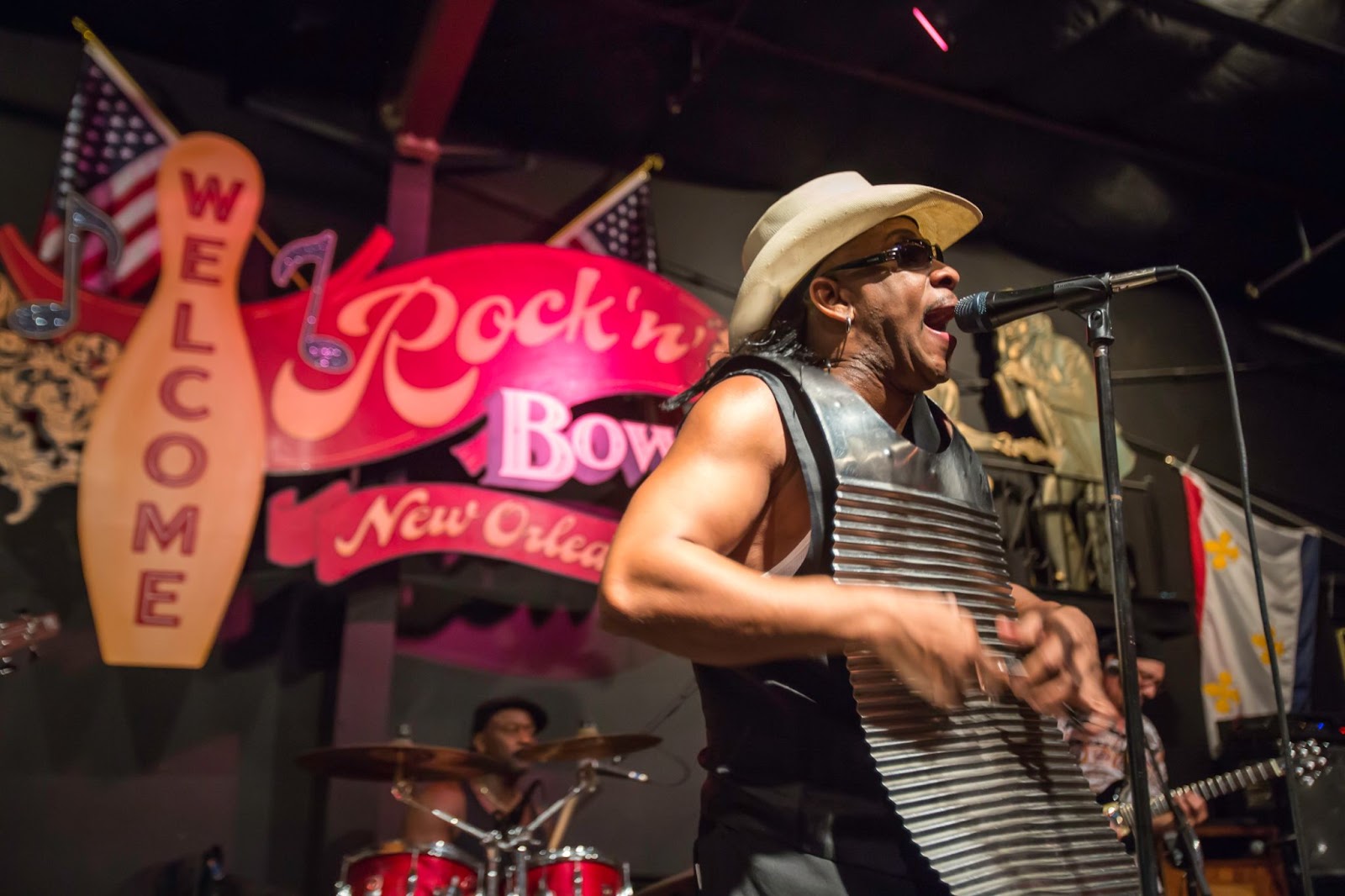 Listening to radio station WWOZ at the top of every odd hour is a time-honored tradition in New Orleans and the Livewire will give you a quick run-down of the day’s shows. If you miss WWOZ’s Livewire, you can find concert listings in the free Offbeat or Where Y’at magazines available throughout the city.

A trip to New Orleans can’t be complete without catching a traditional jazz show. Skip the touristy cover band bars on your obligatory stroll down Bourbon Street and head straight to Preservation Hall, a historic music venue in the French Quarter, to watch, listen, and tap your feet to authentic jazz bands.

If you want to experience the real spirit of New Orleans music, you’ll have to go beyond Bourbon Street. When Decatur crosses Esplanade Avenue, it turns into Frenchmen Street, a mecca for local musicians. Here you’ll find clubs like the Spotted Cat, dedicated to trad jazz, and Snug Harbor, home of contemporary jazz stars such as Charmaine Neville. Rockers and country fans can find plenty of action at dive bar-meets-music venue Checkpoint Charlie, or if reggae and DJs are your thing, drop by Dragon's Den and dance the night away.

Louisiana is Home to Cajun Country. 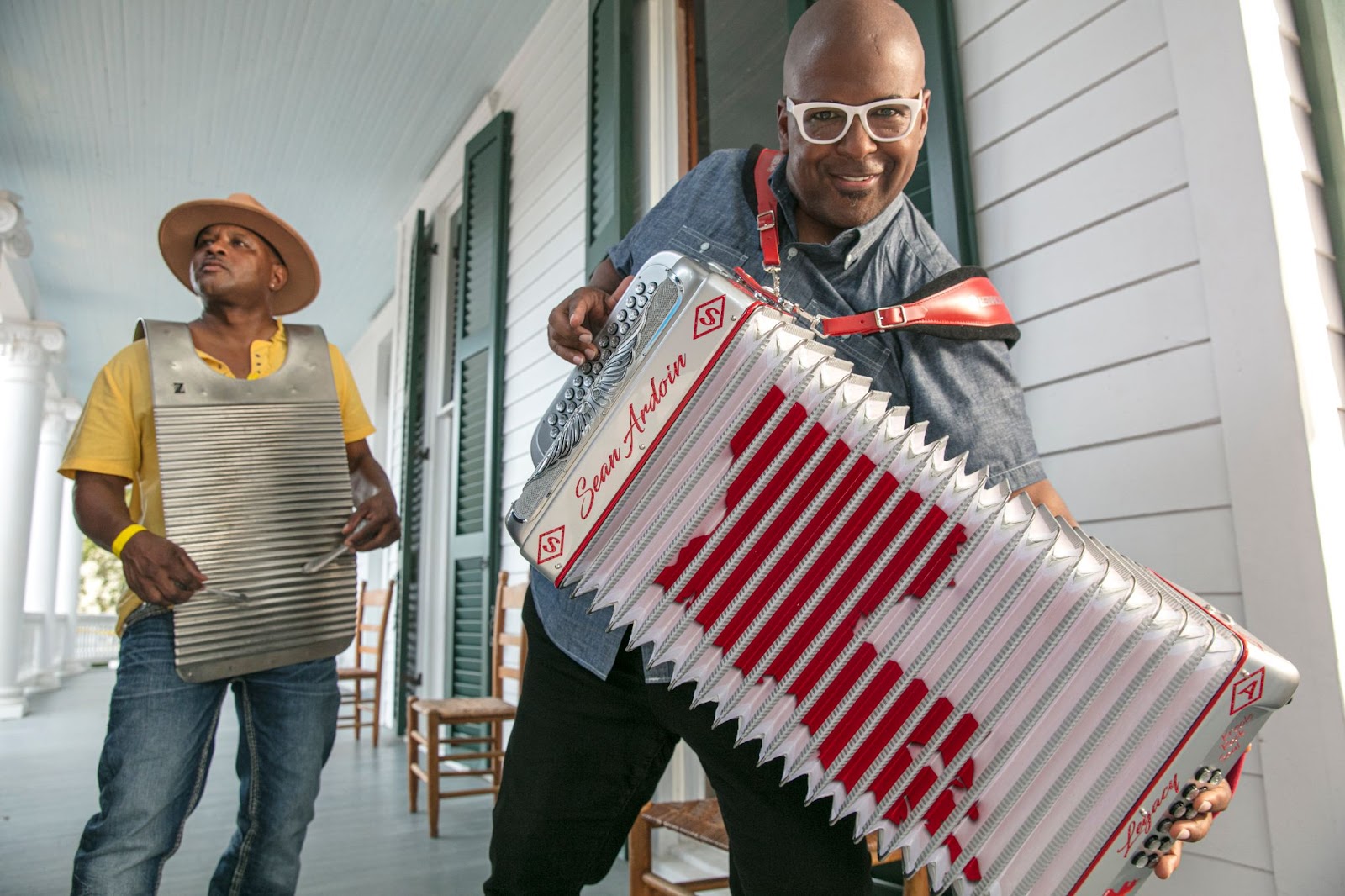 When the French relocated from Canada and settled in rural Louisiana, they brought all of their traditions with them. Cajun bands like Lost Bayou Ramblers blend blues and country music with traditional French sounds. Festivals Acadiens et Créoles, a 3-day music festival, takes place in the heart of Cajun Country where you'll get to experience a culture like no other.

Rural African Americans and Creoles came up with their own style of music called Zydeco. Made popular by names like Clifton Chenier, Rockin’ Dopsie Junior, and Buckwheat Zydeco, the genre mixed Rhythm and Blues with Cajun French lyrics and features accordions and washboards, also known as the frottoir, as primary instruments. Today, the tradition is carried on by GRAMMY nominees and winners such as Chubby Carrier & the Bayou Swamp Band, Sean Ardoin & Zyde-Kool and Terrance Simien and the Zydeco Experience.

The GRAMMY Got Its Name from a Louisianan. 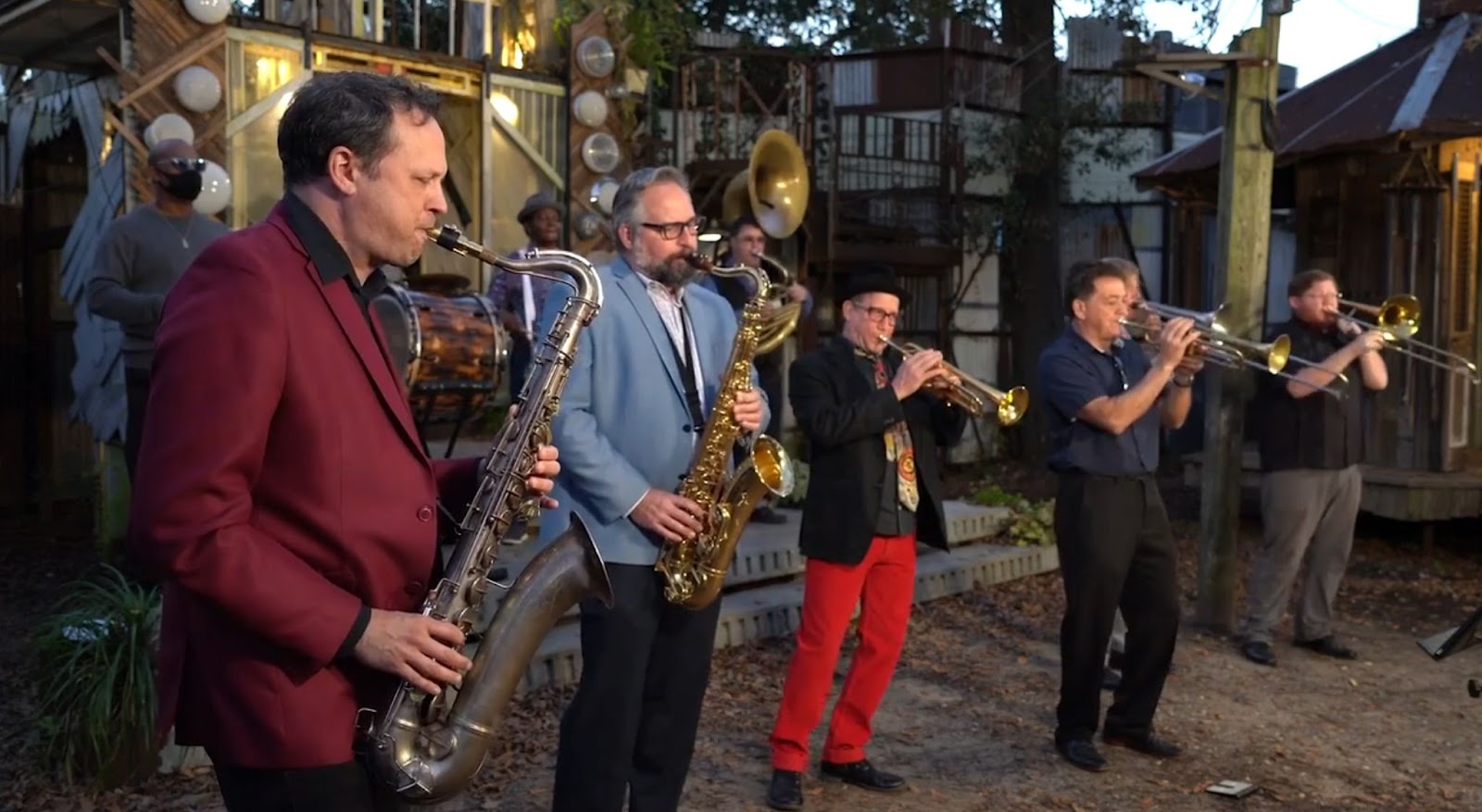 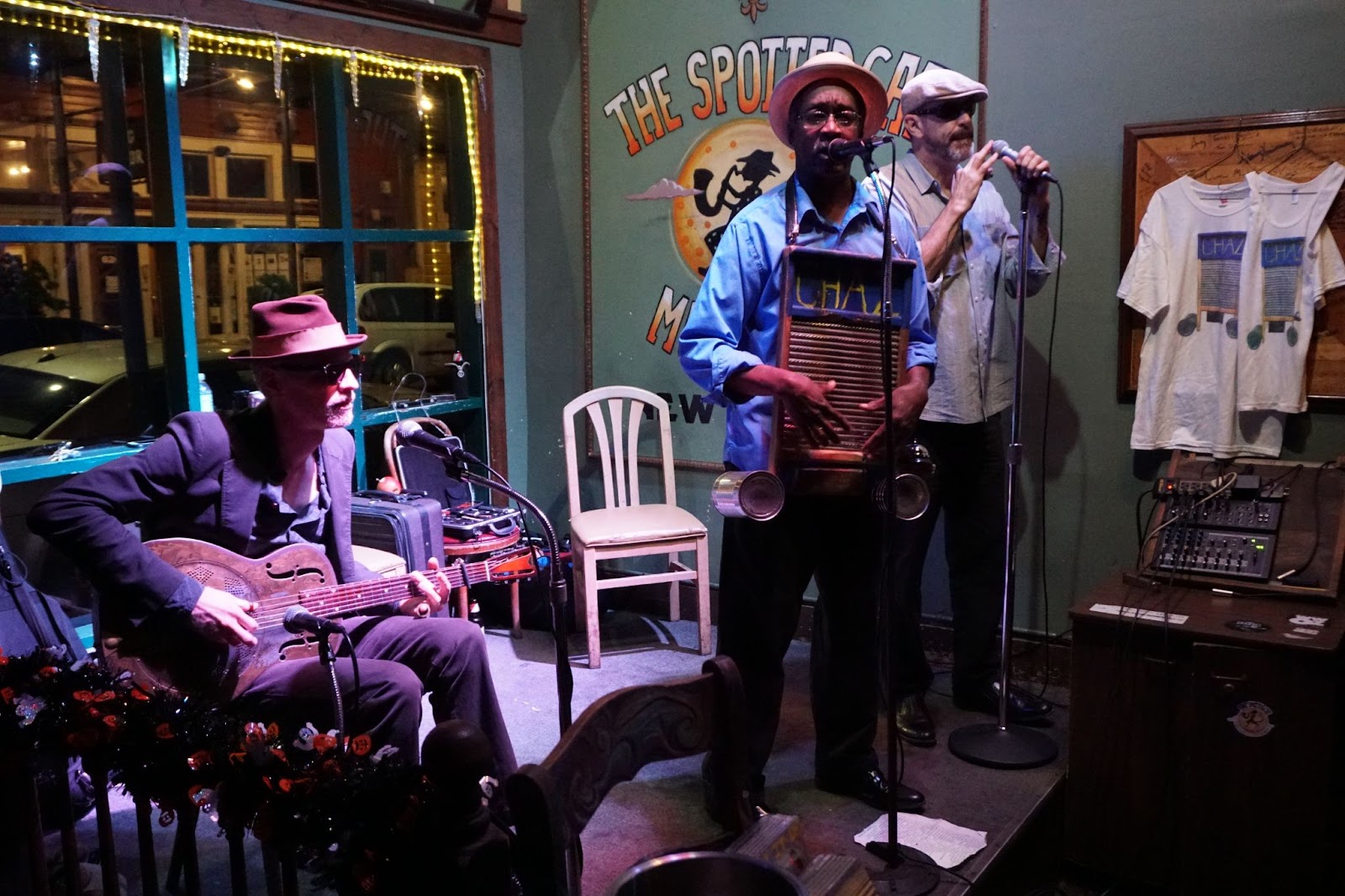 While most first-time tourists never leave the French Quarter, treasures are to be found for more adventurous travelers. Shreveport is home to one of the finest examples of Art Deco architecture in the state that also holds a rich musical heritage. The Shreveport Municipal Auditorium once hosted legendary acts such as Aretha Franklin, Johnny Cash, Hank Williams, and Elvis, who found a home on this very stage after being declared too risque for the Grand Ole Opry. The famous words “Elvis has left the building,” were first spoken here.

Another essential stop for live music lovers is the Liberty Theatre in Eunice, where for every Saturday night since 1987, $5.00 can get you in the audience for the Rendez-vous Des Cajuns radio and TV show. Plus, several GRAMMY-nominated bands, such as Dwayne Dopsie & The Zydeco Hellraisers and The Magnolia Sisters, regularly grace the stage and deliver one-of-a-kind performances you won’t see anywhere else.

You'll Find Many Opportunities to Learn About Music in Louisiana 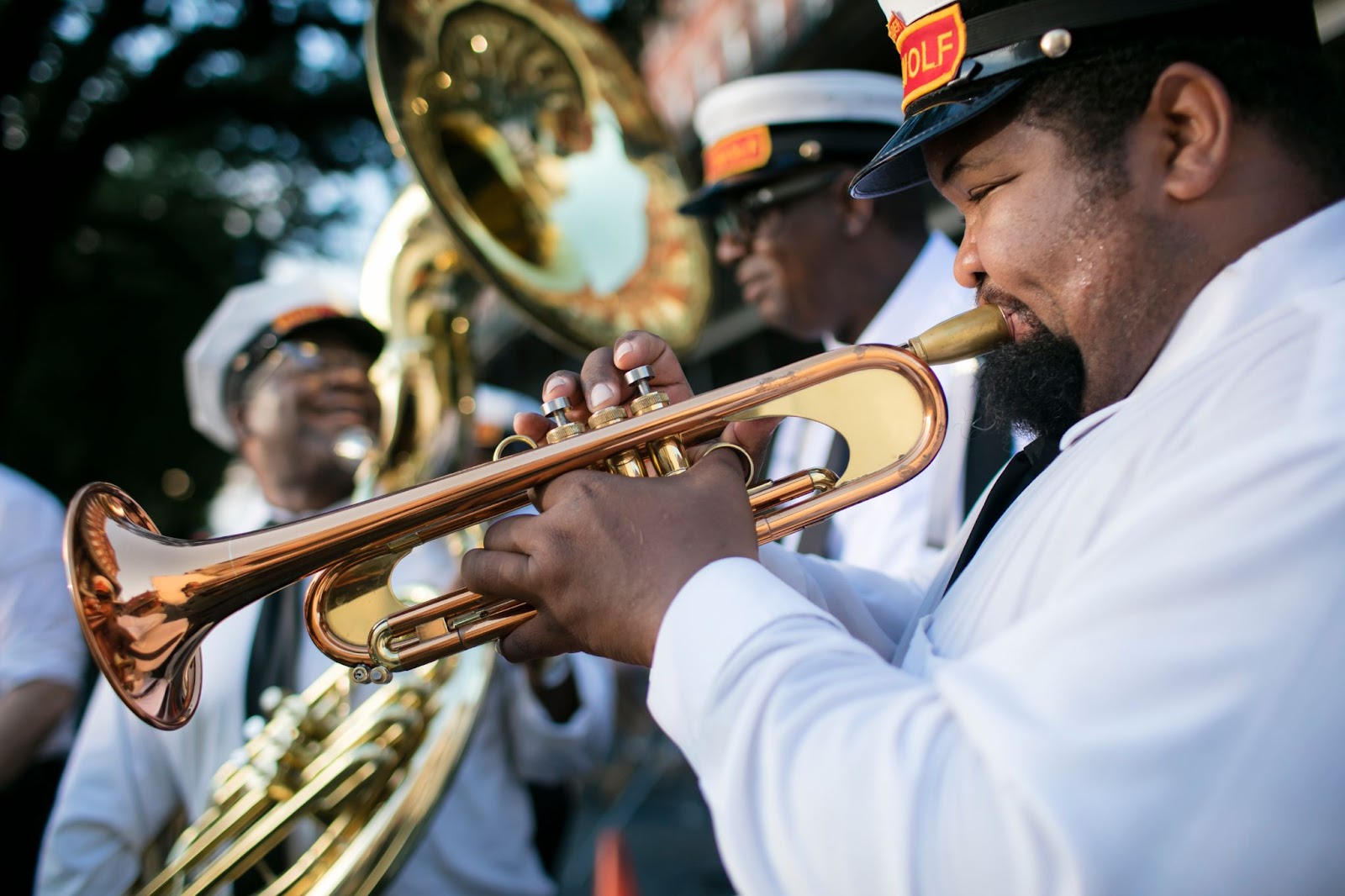 Whether you’re a music history buff or a musician wishing to improve your chops, you’ll find tons of opportunities to learn in Louisiana. Visiting musicians will find plenty of world-class teachers, jam sessions, and open mikes in and around New Orleans.

The city also prides itself on teaching youngsters the joys of making music. New Orleans is home to a variety of special programs, offbeat venues and funky museums geared towards children and the exploration of music. Try sit-down restaurant Three Muses for a kid-friendly jazz show or Music Box Village (once it re-opens for public “interactive play” later this summer) for a day of melody-making. Not to mention, you can find plenty of talented young performers of all ages throughout the city, especially in the brass band genre.

There's more to see beyond New Orleans. Take the family on a tour of the Delta Music Museum in Ferriday to learn about the roots of rock, blues, country and gospel while viewing exhibits highlighting the role central Louisiana played in the evolution of American music. For younger kids, stop by the Children's Discovery Center in Hammond to experience the traditional sounds of Louisiana with the "Music Factory" exhibit. Martin’s Accordions in Lafayette is an accordion repair shop that offers guided tours of their workshop followed by a live performance of Cajun music that will teach kids about one of our most unique and fascinating musical traditions.

Louisiana Has a Thriving Hip-Hop Scene.

Most hip hop fans have heard of New Orleans-based rappers such as Mystikal, Lil Wayne, and Juvenile. In addition to these established artists, GRAMMY’s 2020 Best New Artist Nominees, Tank and the Bangas, fuse spoken word lyrics with traditional music styles of the Big Easy. New Orleans musicians also invented their own hip hop style called Sissy Bounce. A local icon and member of the LGBTQ+ community, Big Freedia is known to light up the stage with this genre’s hard-hitting lyrics and rhythm that will force you to get up and dance. Down the road, Baton Rouge has a vibrant hip hop scene featuring names like Young Bleed and Freddy Bang.
Join 100k like-minded travelers by subscribing to iExplore
Join with Email
Editor's Top Picks